5 Athletes Who Went Viral for Reasons Other Than Sports 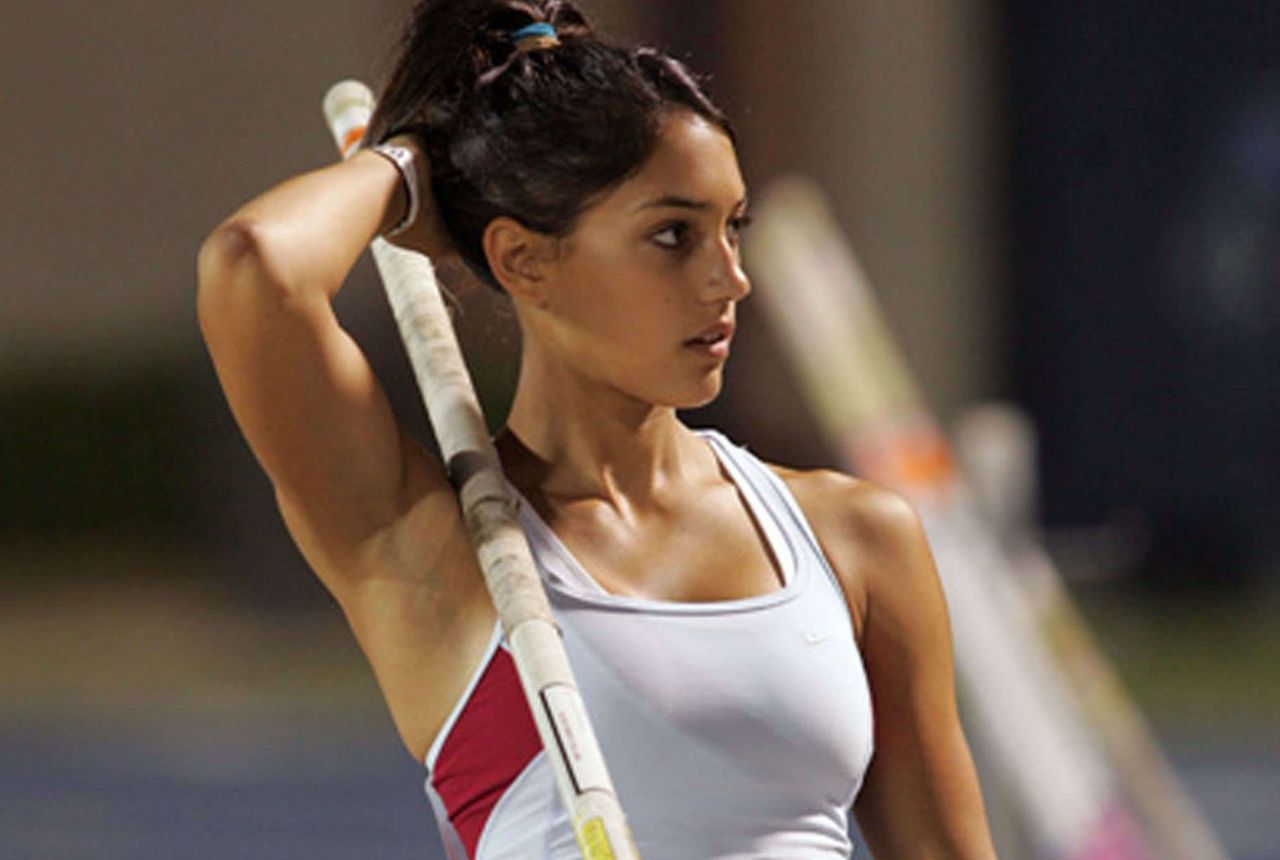 Sports stars have always made for great celebrities. But with some viral athletes in the era of the social media, fame doesn't necessarily come from sporting success...

Michelle Jenneke is an Australian hurdler who competed in the 2016 Rio Olympic Games. As a teenager, she won a silver medal in the 100-meter hurdles during the 2010 Summer Youth Olympics. But these achievements aren't what made her famous...

During the 2012 World Junior Championships in Athletics in Barcelona, Jenneke was caught on camera doing an absolutely adorable warm-up dance that involved swaying her hips from side to side. Immediately, the internet fell in love with this enthusiastic hurdler.

At present, Jenneke is just shy of half a million followers on Instagram, where she regularly posts pictures from her athletic meets as well as model photos. As a natural result of her fame, she found that a lot of doors were open to her in the field of modeling.

Jenneke's fame spread far and wide across the internet. She appeared in a comedy YouTube video for The Chive that earned over 10 million views, and was a star at the Top Gear Sydney Festival, where she took part in a race driving a Nissan GT-R.

Jenneke's story isn't over yet, as she continues to hurdle while her fame grows. Her hope is to compete again in the 2020 Olympic Games in Tokyo.

American runner Morolake Akinosun won a gold medal as part of the 400-meter women's relay team at the 2016 Rio Olympics. But as impressive as this achievement was, the thing that took her viral was actually a tweet from 2011.

Akinosun knew from a young age what she wanted to do with her life. Even at age 12, she was convinced that she wanted to be an Olympian. In 2011, at age 17, she set out her goals in her tweet, stating that in five years she was going to graduate college and head to the Olympics.

In 2016, Akinosun revisited her earlier tweet. With no small amount of satisfaction, she was able to tweet out a photo of herself, dressed in University of Texas graduation robes, and wearing her gold medal. Not only had she achieved her goals, but she'd surpassed them.

Akinosun's 2016 follow-up tweet received over 350,000 likes and 190,000 retweets. Her fans know her by a new name: Ms. Fast Twitch, a name that she has had embroidered onto her running shoes to remind the world what she's capable of.

In 2018, Akinson received what could have been a career-ending injury when she tore her achilles tendon. After fighting her way through the recovery process, she went right back to running. She tweeted, "I’ll rise up, in spite of the pain; I will rise & I’ll do it 1,000 times."

Pole vaulter Allison Stokke got a lot more online attention than she ever anticipated. Despite failing to qualify for the 2012 London Summer Olympics, she is still one of the most famous pole vaulters in the world—for better or worse.

Stokke's fame skyrocketed when this photo of her at a track meet gained enormous popularity online. One website published an article actually encouraging readers to objectfy the up-and-coming sports star. But, thankfully, that article is deleted now.

Despite only being 17 at the time the infamous photo was taken, Stokke found herself at the center of a full-blown internet craze that overshadowed all of her athletic achievements. Even when her family hired a PR firm to try to fix the issue, it was clear that her fame wasn't going away.

In the wake of a constant onslaught of media attention, Stokke has taken ownership of her fame. She has become a sportswear model, and featured in commercial videos for GoPro in an effort to make her online presence work in her favor, even though it continues to get in the way of her athletic pursuits.

Stokke still trains hard, and while she never made it to the Olympics, she continued to compete at a national level until 2017. Now, as a model for brands including Nike and Athleta, she has managed to use her unwanted fame to her advantage.

As a 17-year-old in 2018, Chloe Kim became the youngest person ever to win an Olympic gold medal in the women's snowboard halfpipe. This achievement in and of itself would be enough to win her some fame. But Kim's popularity exploded because of something else: hanger.

What makes Kim's achievement feel so incredible is that she made it look so effortless. In between sessions on the slope in the PyeongChang 2018 Winter Olympics, she took a second to pick up her phone and send off a quick tweet.

Kim's tweet read, "Wish I finished my breakfast sandwich but my stubborn self decided not to and now I'm getting hangry."  The tweet earned her tens of thousands of followers as she then took to the half pipe and won herself a gold medal.

The Power of a Skipped Breakfast

Followers online were amazed at just how much Kim had achieved while hangry, and loved the fact that her thoughts in the midst of her greatest achievemenet were focused on food. Kim's quirky, offbeat personality resonated with audiences around the world.

Kim has many years of competing left in her yet, and it'll be interesting to see where her career takes her next. Even injuries (which are common in her sport) don't slow her down for long, and she'll no doubt be back for another round of snowboarding in future competitions. If this is what she can achieve on an empty stomach, who knows what she'll manage at the next Winter Olympics?

McKayla Maroney won a gold medal during the London 2012 Olympics for the Women's Team All-Around gymnastics event. But while this incredible achievement may have earned her a win, her silver medal at the same Olympics is what earned her the love of internet.

A photo of Maroney looking very disgruntled with her silver medal in the vault event turned into an instant meme. Online audiences fell in love with Maroney, as they could easily relate to the barely contained frustration displayed on her face.

All The Way To The Top

It's customary for American Olympics winners to be invited to the White House to meet the president. Maroney's fame was solidified when Barack Obama copied her famous expression in a photo of the two of them together. Before long, she'd won a long-lasting online following.

Maroney's Instagram following blew up. She allowed herself to act freely on the platform. It turned out that her meme only scratched the surface of her entertaining personality, and she enjoyed interacting with her fans.

Maroney retired from competitive gymnastics in 2016, but continues to be a noteworthy name online. In 2018 she was heavily involved in the #MeToo movement, and while at present she has withdrawn from social media, there's a good chance we haven't seen the last of this internet superstar.