Celebrity Net Worth: These Top Stars Know How To Cash A Check And Secure The Bag 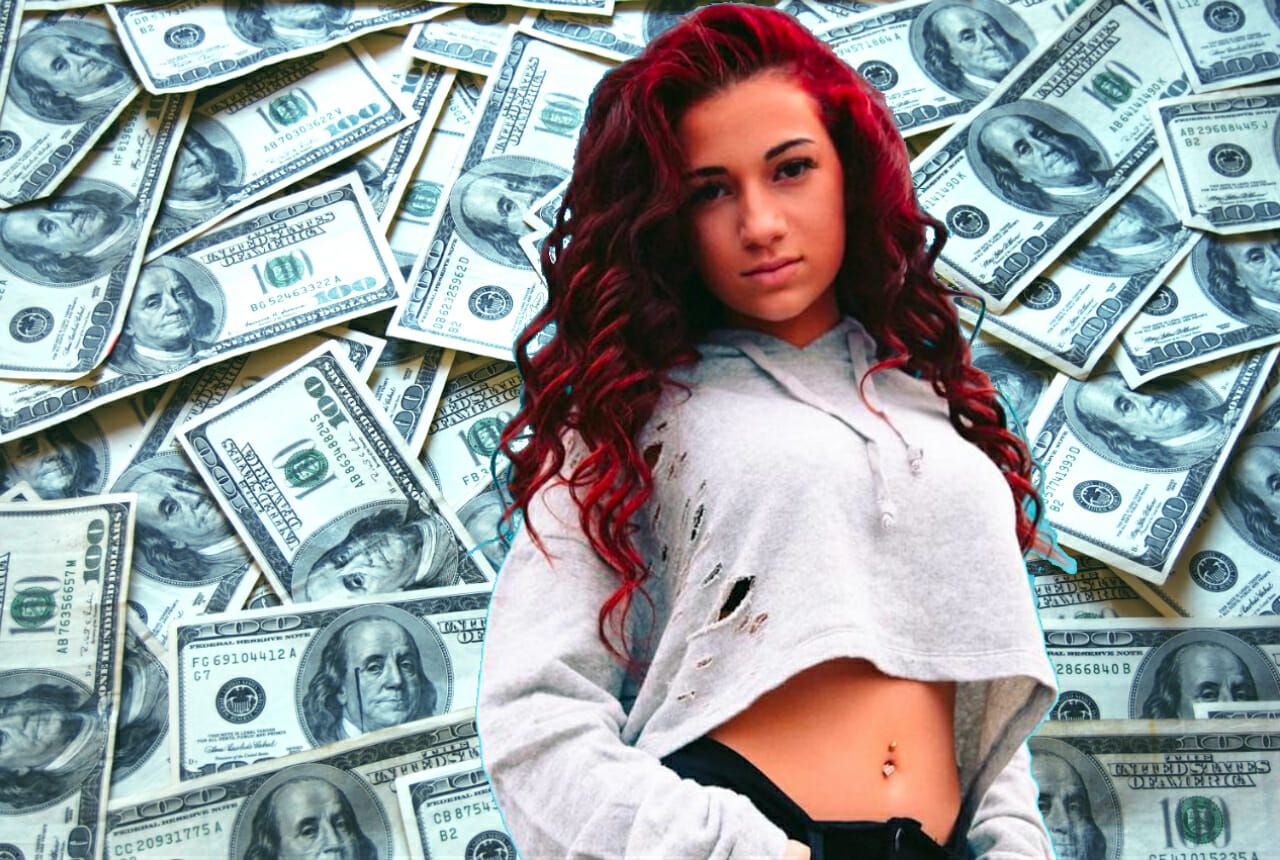 Thanks to social media, A-list celebs flaunt their wealth more freely than ever before. Stars like Danielle Bregoli aka Bhad Bhabie and Cardi B flex their designer duds and fat stacks on the 'Gram to entice fans with the siren song of their fast-paced, high-class lifestyles. Because nothing keeps fans smashing those "like" and "follow" buttons like flashing cash. And from jetting on private planes to the #MoneyPhoneChallenge, it's no secret that celebs know how to live well. Wondering just how much your favorite celebrities net worth actually is? Look no further than this collection exposing just how deep the pockets of Hollywood's elite actually run.

Selena Gomez has come a long way from her days as a child star acting on the children's television show "Barney and Friends." By pairing her music career with a number of high-profile film roles, Gomez has raised her financial profile to an impressive $50 million.

[dx_custom_adunit desktop_id="RTK_K67O" mobile_id="RTK_5yk0"] When it comes to bad-ass business bitches, Kim Kardashian's name should be at the top of everyone's list. Turning her modest fortune as a reality star into a staggering display of wealth, Kardashian has proven time and again that she knows what people want--and she's more than happy to give it to them. From her KKW beauty line to her addicting mobile game, Kim K has amassed nearly $175 million.

Kate Middleton doesn't need her royal fortune to support her glamorous lifestyle, thank you very much. Bolstered by her contribution to her family's party supply business Party Pieces, Middleton's personal fortune of $7 million is nothing to scoff at. It also doesn't hurt that she married into the royal family worth an estimated $88 billion.

Noting her countless endorsement deals with companies ranging from Diet Coke to Apple, it's clear that Taylor Swift has dipped her perfectly-manicured nails in nearly every industry. Between promoting bands and churning out chart-topping albums, Swift is an unstoppable force worth a mind-bending $280 million.

[dx_custom_adunit desktop_id="RTK_K67O" mobile_id="RTK_5yk0"] The criticism Kristen Stewart received from her acting skills displayed in the "Twilight" series didn't stop her from securing the bag. Laughing all the way to the bank, Stewart netted over $40 million from the final two Twilight movies and elevated her total net worth to a current $70 million.

From "Harry Potter" to Twilight, British actor Robert Pattinson knows that bagging a role in a top film franchise is a sure-fire way to beef up one's bank account. With his base salary for the later "Twilight" movies starting at an impressive $25 million, it's no surprise that Pattinson is now worth $100 million.

With bedroom eyes and impeccable acting skills, Ryan Gosling has had no trouble landing a seemingly never-ending series of top movie roles. Starting his career at just 12 years old in the "Mickey Mouse Club," Gosling has had decades to accrue his net worth of $60 million.

[dx_custom_adunit desktop_id="RTK_K67O" mobile_id="RTK_5yk0"] Rebellious pop star Lady Gaga doesn't play around when it comes to her art--or her bank account. With multiple album releases and a number of sold-out world tours under her belt, Gaga now boasts an impressive $280 million to her name. After all, Gaga said it herself--she's "beautiful and dirty rich."

We all know that Harry Styles is the coolest former member of One Direction--but is he the richest? Not surprisingly, Styles' massive success as a solo artist has landed him the title as the richest former member of 1D, beating Liam Payne's $76 million fortune by nearly $3 million. $79 million ain't bad, Styles.

Academy Award-winning actress Jennifer Lawrence had made it clear that she's not stopping her grind anytime soon. Securing one leading role after another, Lawrence's net worth has soared to a staggering $110 million, largely in thanks to her appearance in the "Hunger Games" franchise.

[dx_custom_adunit desktop_id="RTK_K67O" mobile_id="RTK_5yk0"] Just because Jessica Simpson isn't topping the charts any more doesn't mean that she's not out here making money moves. Turning her laser focus to her eponymous fashion line, Simpson's high-end clothing is now padded by sales from handbags, accessories and sunglasses. To date, Simpson's net worth is $150 million.

Thankfully, Britney Spears recovered from her 2007 meltdown and went on to earn millions more as her career progressed. After landing an impressive residency stint in Las Vegas, Spears' net worth shot up to an awe-inspiring $215 million. With a steady social media following and a recent album release, the princess of pop is slated to grow her fortune even more in the coming years.

Just because America's sweetheart Jennifer Aniston was hot stuff in the '90s doesn't mean that her bank account has faded alongside her star power. To date, Aniston has bagged $220 million thanks to lucrative brand endorsement deals and a steady stream of blockbuster roles. Also, those "Friends" syndication checks are no joke.

[dx_custom_adunit desktop_id="RTK_K67O" mobile_id="RTK_5yk0"] Kanye West doesn't need his top-earning wife Kim Kardashian to bring home the bacon, thank you very much. With his Yeezy clothing line combined alongside his ticket/record sales, West boasts an impressive $145 million to his name. And that's AFTER he spent millions updating his luxury residence located in Hidden Hills, California.

Despite what the media may have you believe, Lindsay Lohan didn't blow her ENTIRE Disney fortune on booze and blow--only most of it. As of 2018, the disgraced actress has only retained a startingly low $500,000 net worth from her days as a burgeoning pop star and celebrated teen actress.

Rihanna wasn't playing around when she went on wax stating that "bitch better have her money." Pairing her impressive music career that spawned hits like "Work" and "Umbrella" with her recently-built Fenty Beauty empire, RiRi is now worth a jaw-dropping $230 million. Pay her what you owe her, indeed.

[dx_custom_adunit desktop_id="RTK_K67O" mobile_id="RTK_5yk0"] While critics are quick to hate on Chris Brown's anger management skills and his infamous temper, no one ever comes for Breezy's money. And for good reason, too--the "Heartbreak on a Full Moon" singer has bagged $30 million to date, a figure made even more impressive after noting that Brown lost all of his endorsement deals in the fallout from his legal troubles.

If you have any doubt about Angelina Jolie's HBIC status, look no further than the digits of her bank account. With roles in top-grossing films like "Laura Croft: Tomb Raider" and "Gone in 60 Seconds" under her belt, it's no surpise that Jolie is worth a staggering $160 million.

Channing Tatum's sexy six pack has significantly padded his bank account by landing him the starring role in the blockbuster smash hit "Magic Mike." As of late 2017, Tatum has pocketed an impressive $60 million from other succesful films such as "Magic Mike XXL" and "21 Jump Street."

[dx_custom_adunit desktop_id="RTK_K67O" mobile_id="RTK_5yk0"] Pop star Justin Bieber knows a thing or two about securing the bag. Turning his original gig as a teen dancing and singing on YouTube into a multi-million dollar empire, the Biebs is now worth an impressive $225 million.

From "Hannah Montana" to "Younger Now," Miley Cyrus' net worth has steadily climbed higher alongside her ever-rising A-list profile. To date, "The Voice" judge and chart-topping hitmaker is worth a staggering $160 million. Don't worry, though--she's just bein' Miley.

As one of the most iconic leading men of Hollywood, Brad Pitt has raked in quite a bit of cash during his decades-long tenure in the biz. To date, Pitt is allegedly worth a whopping $262 million. Unfortunately, that high amount may dip significantly once the Brangelina split is finalized and Pitt divorces ex-wife Angelina Jolie.

[dx_custom_adunit desktop_id="RTK_K67O" mobile_id="RTK_5yk0"] Danielle Bregoli aka Bhad Bhabie was NOT lying when she went on wax to boast that her bank account looks like a lick. Turning her meme-friendly catchphrase into a viable, budding rap career, Bregoli has over $1 million to her name. Looks like the 15-year-old won't be returning to her side hustle of selling pills on the streets anytime soon.