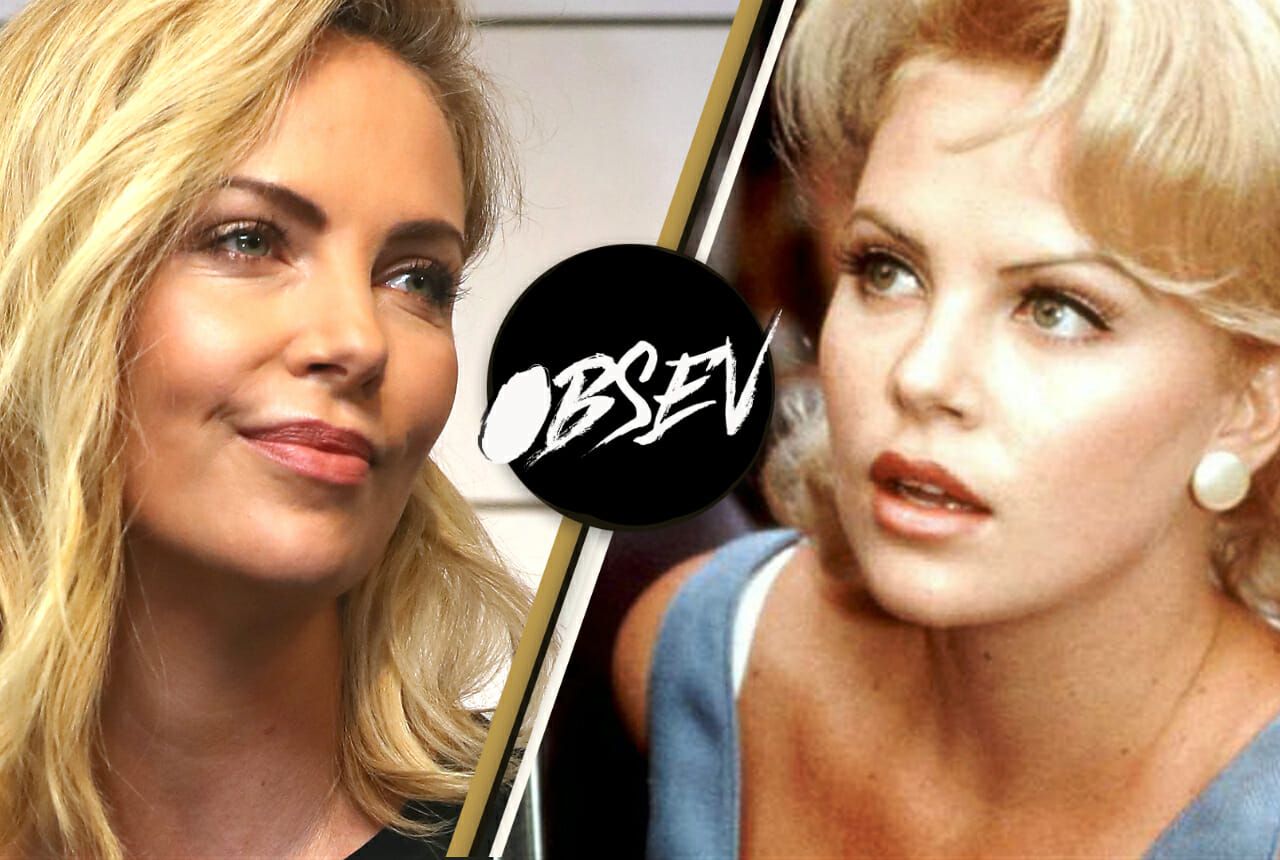 Some actors debut and rocket right to the top. But others stay small-time for a while before a breakout role makes them household names. So here are a few of your favorite actors who first appeared in smaller parts you barely even noticed...

Golden Globe winner Jim Parsons didn't get his start being a smarty-pants. The "Big Bang Theory" star actually played a small, quirky role in the small, quirky, indie film "Garden State." Parsons played a character who worked as a knight in Medieval Times who doesn't hit it off so well with Peter Sarsgaard's character.

[dx_custom_adunit desktop_id="RTK_K67O" mobile_id="RTK_5yk0"] Former "Leftovers" star and beau of Jennifer Aniston, Justin Theroux made his movie debut as Clarence the Cowboy in "Romy and Michele's High School Reunion." The cowboy was actually written for Heather's character (played by Janeane Garofalo) to give her a nice proper high school reunion ending -- by making out with him.

Elizabeth Olsen not only is famous for being the Scarlet Witch in "The Avengers" series but also for having two very famous twin sisters -- Mary-Kate and Ashley! Her debut was in their television movie "How the West Was Won." She waited SEVENTEEN years until she actually made her proper screen debut in the psychological thriller "Silent House" in 2011.

Gal Gadot won over our hearts by kicking butt and taking names as Wonder Women this past year. She actually has been acting for quite a bit. Her debut was actually in "Fast & Furious" the fourth installment in the Fast and the Furious franchise as Gisele. She went on to continue playing that role in the latter movies.

[dx_custom_adunit desktop_id="RTK_K67O" mobile_id="RTK_5yk0"] Olivia Wilde may have had her first big appearance in the hit television drama "The OC" but that's not where she first started. She actually made her movie debut playing a small role in the movie "The Girl Next Door." She played the role of Kellie. Now she's killing it in movies and tv.

The latest Batman aka Ben Affleck may have had his breakout role as a bully in "Dazed and Confused" but the actor didn't get his start there. Affleck played small parts, some even uncredited in a few movies and tv shows until then. One of them was as a basketball player in the "Buffy the Vampire Slayer" movie.

Michael Fassbender may be a household name now playing the young Magneto in the X-Men franchise but his first role was actually in the film 300 where he played a Spartan warrior. He was a babe back then and he's a babe still now. Guess getting in that Spartan shape taught him a lesson or two.

[dx_custom_adunit desktop_id="RTK_K67O" mobile_id="RTK_5yk0"] America's sweetheart, Kerry Washington, didn't start her career "Scandal"-ous but instead -- on the dance floor! She played Sean Patrick's sister Chenille in the teen hit "Save the Last Dance" in 2001. It was peak Julia Stiles era, so you may remember Washington as her best friend in the fim!

Bryce Dallas Howard is, big surprise, the daughter of famous director Ron Howard. Before her breakout role in The Village, her dad has been slipping her in movies like "How the Grinch Stole Christmas" and "A Beautiful Mind" (pictured here). It pays to have a famous dad to just help your career along, you know?

Hollywood heart throb and A-lister, Tom Hardy didn't get his start playing the anti-heroes like Mad Max and Eames in "Inception." He had a small role in the war film "Black Hawk Down" when he was 26 years old. A year later he played the villain in "Star Trek: Nemesis" in 2002.

[dx_custom_adunit desktop_id="RTK_K67O" mobile_id="RTK_5yk0"] We all know Oscar winner Matthew McConaughey has had quite a variety of a career. He actually made his debut in "Angels in the Outfield" playing a baseball player and then a year later in "Texas Chainsaw Massacre: The Next Generation" as a killer (pictured above). Who was one of the people he was after? Well check out the next slide to find out!

That's right! Renee Zellweger also starred in "Texas Chainsaw Massacre: The Next Generation" where she played Jenny. Now she's known for playing Bridget Jones and singing her heart out in the musical "Chicago." Looks like she has come a long way from being a victim in a D-list horror movie!

Academy Award winner Charlize Theron made her debut in the film "That Thing You Do!" The film is written, directed, and starring Tom Hanks and Theron had to audition for him. Hanks revealved that when she auditioned he knew she was going to be a star! Turns out, he was right!

[dx_custom_adunit desktop_id="RTK_K67O" mobile_id="RTK_5yk0"] Funny lady Melissa McCarthy got her start acting on stage in The Groundlings. She made her film debut in the action movie "Go" where she was only on screen for a few minutes. She played the role of Sandra. Who knew she'd hit it big and steal our hearts by cracking us up in movies everywhere.

Scarlett Johansson's career is pretty sneaky. She actually started out young in several films before hitting it big with "Lost in Translation." Her film debut was in the film "North" starring Elijah Wood. She played Laura Nelson, the daughter of a nice family that takes North in. She was only ten years old.

Elijah Wood is one of those child actor success stories. He started out in films like "The Good Son" before hitting it big in the "Lord of the Rings" franchise. Wood actually made his movie debut in the film "Back to the Future: Part II" playing a video game boy when he was only 8 years old!

[dx_custom_adunit desktop_id="RTK_K67O" mobile_id="RTK_5yk0"] Robert Downey Jr. has had quite a career. He started out crushing it in the 80's in various films and even as a castmember on "Saturday Night Live" for a season! He actually started out as a child. His father, director Robert Downey Sr., cast him in a small role in the film "Pound" when he was just five years old!

Jonah Hill made his movie debut in the quirky David O. Russell film "I Heart Huckabees." Hill was only 21 at the time. He played the role of Bret. He later played small roles in various Judd Apatow movies. Who know he'd go on to get nominated for an Oscar one day?

Most of us know, Oscar nominee Joaquin Phoenix comes from a pretty famous family. His late brother River was a child actor, so Joaquin dabbled in it too. Credited under the name "Leaf Phoenix" he played a small role in the film "Parenthood" when he was only fifteen years old.

[dx_custom_adunit desktop_id="RTK_K67O" mobile_id="RTK_5yk0"] Seth Rogen may have got his start playing the nice bro Ken in "Freaks and Geeks" but after the season ended he disappeared for a bit -- or did he? Rogen played a small role as a bully in the cult classic "Donnie Darko." Even though he's missing his curly hair and beard he looks practically the same!

Multi-Oscar winner Hilary Swank didn't get her start in heady dramas that she is known for. She starred in "The Next Karate Kid" -- essentially the girl version of the 80's classic. Also, much like Ben Affleck, appeared in the "Buffy the Vampire Slayer" movie too! Who knew she'd go on to win two Academy Awards?!

Jake Gyllenhaal's first film debut was playing the son of Billy Crystal in the 1991 film "City Slickers." Gyllenhaal was only eleven years old! Gyllenhaal went on to do a variety of films like the wacky "Bubble Boy" to the indie cult "Donnie Darko" and eventually made his way to leading man status.

[dx_custom_adunit desktop_id="RTK_K67O" mobile_id="RTK_5yk0"] Joe Manganiello is a buff babe now famous for taking his shirt off in shows like "True Blood" and movies like "Magic Mike," but it wasn't always that way. One of Manganiello's first roles was as Flash, the high school bully to Peter Parker in the 2001 "Spider-Man" film starring Tobey Maguire. He's nearly unrecognizable without his beard!

Funnyman Justin Long didn't start out goofing in movies like "Accepted" and "Waiting" one of his first ever movie roles was in the Britney Spears chick flick "Crossroads." He played Spears' aka Lucy's best guy friend and eventually love interest in the movie. His dorkiness won over audiences and probably jumpstarted his kooky career.