The Most Nostalgic Teen Movies You Can Stream on Netflix Now

Jen Arbues
The Most Nostalgic Teen Movies You Can Stream on Netflix Now May 14, 2018 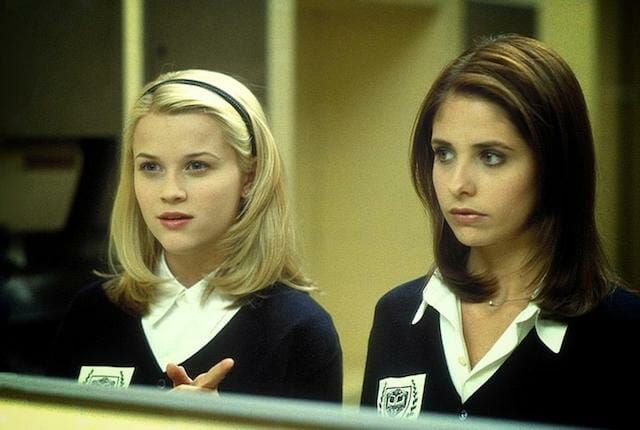 What are the best teen movies on Netflix?

Ah, high school. It was the prison responsible for our daily holding as we lived through our formative years. For some, being a teenager came easily: natural athleticism, good looks, intellect. For others, the ages between 14 and 18 meant acne, braces that were supposed to come off six months prior, and awkward attempts at conversation with the crush who sat three rows up from you during second period. So much could go wrong in those days. You could wind up alone for prom. Or fail your AP History exam. Or meet a time-traveling bunny who foretells your imminent death. So it’s a good thing Netflix has your back. Because when the nostalgia of those high-school years hits, the best thing to do is stream all the best teen movies on Netflix.

1987’s Adventures in Babysitting happens to be Chris Columbus’ directorial debut. So if a teen-level Home Alone doesn’t sound like something you would watch the absolute shit out of (which, what the hell is wrong with you?), then maybe give it a chance because of its connection to the Harry Potter franchise. We all know how much you love Harry Potter.

The nostalgia of 2007’s Nancy Drew is two-fold. Sure, there’s the fact that it’s been over a decade since its release, and what teen girl wouldn’t want to be a successful amateur sleuth? There’s a reason Veronica Mars was so successful, goddammit. But the Nancy Drew Mystery Stories have been a part of our childhood since 1930, which means she’s literally one of those characters that you and your great grandmother could have bonded over.

I Am Number Four

Sometimes, nostalgia has little to do with the quality of a film. Take I Am Number Four, for example. With a 33% rating on Rotten Tomatoes, this is not a movie that was meant to win any awards. But it is a movie about being a teenage superhero, and if there’s anything that will make us forget the awkwardness of our teen years, it’s the opportunity to pretend we have special powers.

…Or that mythical creatures like vampires really exist, and we can run away with them as part of a traveling circus. Actually, we don’t even need the vampires. Just get us on that traveling circus train and far, far away from the existential despair of our teenage life.

Okay, so it would probably have been cooler if Netflix had the first High School Musical available to stream. Even the second one would be preferable. But we all know Netflix isn’t what it used to be, and pickings are slim these days. So when it comes to seeing a baby Zac Efron sing and dance his heart out, we’ll take what we can get.

Adventureland is kind of on the border of what could be considered a teen movie. But taking into consideration the fact that even in college, most of us still knew as much about relationships as we did when we were 14, we’re giving this one a pass. Plus, it takes place in 1987, and we will never pass up the chance to watch something ‘80s-related.

If you take your teen drama with a little more beachside bloodsucking, then 1987’s The Lost Boys is going to be right up your alley. Vampire hunters/comic aficionados named Edgar and Alan Frog? Herman Munster as the leader of a vampire coven in need of a queen? Kiefer goddam Sutherland? This. Is. Everything.

13 Going on 30 is essentially the ‘00s female version of 1988’s Big. Only in this one, our main character has actually lived the years between 13 and 30 and is kind of a terrible person. It’s a cute “what if” sort of film, but its real value lies in its soundtrack, which features some of the best ‘80s jams ever released.

If ever there were a film that could be watched at any stage of the growing up process, it would be 1994’s Little Women. Every character is relatable on some level or another. And it’s classic 1990s Winona Ryder, who — aside from possibly Drew Barrymore — is the epitome of ‘90s female angst.

Doesn’t it feel like there was an entire decade where every teen movie was also a fairy tale? It does to us, and Ella Enchanted 100% falls into both categories. It’s kind of like Cinderella, if Cinderella’s fairy godmother had been really shitty at her job.

Speaking of Cinderella, though… Like Ella Enchanted, A Cinderella Story came out in 2004, only it tried less to hide the fact that it was blatantly ripping off our favorite Disney movie. It stars Hilary Duff, who was the quirky, fun Disney personality that us regular teens could relate to. And it’s probably also responsible for that whole, Converse and prom dress trend, too.

Whoopi Goldberg plays an intellectual who winds up falling for her sperm donor, a loud-mouthed car salesman played by Ted Danson. Not yet sold on the premise? Perhaps the knowledge that it also stars Will Smith as a character named Tea Cake Walters, in the role that essentially launched his film career, would further entice you?

Leave it to Sofia Coppola to take the life of an 18th century French aristocrat and turn it into a teen romantic comedy. At least, that’s mostly what Marie Antoinette is. How else do you explain a movie wherein Jason Schwartzman plays the romantic lead?

Kirsten Dunst definitely had a moment in late ‘90s/early ‘00s cinema (and this list, apparently). 2000’s Bring It On is one of her best roles, maybe because she’s at her finest playing an over the top competitive cheerleader. Or maybe we just love how ridiculous this movie is, and how totally acceptable it was to be on this level 20 years ago.

Cruel Intentions is every beautifully cringeworthy late ‘90s cliché rolled into 90 minutes of outrageousness. It’s one of those films that made every ‘90s teen question their own mediocre high school experience. Like, why wasn’t it filled with gorgeous millionaires who’d give their lives for us, even though we started out as nothing more than a sex bet with their step-sibling?

Donnie Darko is that one indie film that every brooding teen is convinced they can relate to. They listen to Gary Jules’ “Mad World” on repeat. They argue with their other angsty friends over who gets to dress up as the bunny for Halloween. They read The Philosophy of Time Travel unironically.

Good lord, get ready to go through an entire box of tissues on this one. Dead Poets Society is arguably one of the greatest teen-centric films ever made. And if Robin Williams’ death in 2014 isn’t enough to turn you into a puddle of emotion after watching this performance, then that “O Captain! My Captain!” scene 100% will.

We’d be lying if we said we didn’t love us a good sports drama. This 2004 Peter Berg film made the religion of southern high school football a reality for teens across the country. It’s widely regarded as one of the best sports films out there, but we’ve got to say, it ranks pretty high for us as far as teen dramas go as well.

Patrick Dempsey. Enchanted’s de facto Prince Charming. McDreamy. Playing a high school nerd who has to pay a popular cheerleader to pretend to be his girlfriend for a month. The premise of Can’t Buy Me Love is completely bonkers, but again. Patrick Dempsey. Suspension of disbelief and all that.

If you’re a fan of Mean Girls or Cruel Intentions, but you’ve never seen 1988’s Heathers, then consider this the revocation of your own teen mean girls card. Because Heathers is the film that started it all. The popular girls’ clique. The rebellion against it. The complete and utter dismantling of it. Winona Ryder did it first.