YouTube Scandals In 2018 That Made Us Want to Hit “Unsubscribe”

Camila Villafane
YouTube Scandals In 2018 That Made Us Want to Hit “Unsubscribe” December 20, 2018 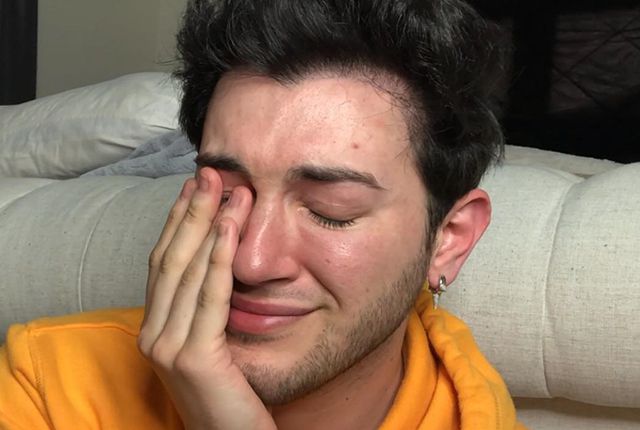 Do you love YouTube as much as we do? Then you probably know that this has been the most insane year for the platform. Some of the biggest YouTube scandals in 2018 weren't such a big deal. But others? Well, they made us question everything. So let's raise our glass and have a toast for 2019 and hope the YouTube community gets their act together.

Jake Paul and Erika Costell announced their breakup after “The Mind of Jake Paul” series. But followers believed it was a publicity stunt because the two of them remained very affectionate during the series. Also, his posts show he still has the hots for her. Why else would he have written “I love u baby” on his Instagram?

In 2017, Felix Kjellberg, aka PewDiePie, came under fire for hiring two guys who held up an anti-Semitic sign. But in 2018, PewDiePie caused trouble again when he called YouTuber Lilly Singh a “crybaby” and an “idiot,” for talking about wage and gender inequality. Hum, okay Felix?

Some YouTube scandals in 2018 hurt. Just ask the people who attended Tana Mongeau’s convention. She organized the event to rebel against Vidcon. But the convention had no space for people to have fun in, and no food. The convention also lacked a lot of security, so a couple of fans got injured in all the chaos.

A Free Room On Valentine’s Day

British social media influencer Elle Darby sent an email requesting to stay for free at the Charleville Lodge in Dublin for Valentine’s Day in 2018. In exchange she would feature the lodge in one of her videos. But the owner of the lodge’s White Moose Café posted an open letter calling her out on being a total oportunist and told her she should pay for everything, just like everybody else. Darby got a lot of heat and hateful comments started pouring in.

In 2018, YouTuber and professional makeup artist Jaclyn Hill announced on social media that she was divorcing her long-time husband. Then she posted a video about her breakup and didn’t hold back any of the deets. But some fans wondered if she had laid eyes on someone else. So, she went on Twitter to set the record straight and stated, “For the record... no, I did not cheat on Jon.”

YouTubers Philip DeFranco and Shane Dawson started promoting an online counseling service that offers professional therapy at a reasonable price. But YouTuber PewDiePie criticized its legitimacy, claiming that the BetterHelp’s website doesn’t guarantee that the counselors are licensed or even competent enough to provide therapy. To that end, DeFranco backed out of promoting the online service.

Shane Dawson tried to get people to empathize with Jake Paul just like he had tried to do for Jeffree Star. But the documentary series backfired in the second episode titled “The Dark Side of Jake Paul” which discussed mental health. The video was edited like a horror flick, and Dawson was forced to issue a lengthy apology on Snapchat.

On July 3, 2018, extreme travel YouTubers, Ryker Gamble, Alexey Lyakh, and Megan Scraper were snapping pics and having a blast at Shannon Falls in Canada. All of a sudden, Scraper, “slipped and fell into a pool 30 metres below” according to police. But when they guys attemped to save her, they fell down as well. Three lives were lost that day, and thousands of fans and loved ones mourned their loss.

Beauty vlogger Jeffree Star got a lot of shade from YouTuber Gabriel Zamora after Shane Dawson’s docu-series about Jeffree dropped. The documentary showed that Star was truly sorry for the racists comments he made a decade ago. In it, the beauty guru claimed he only said those things as a way to defend himself against someone who was making fun of him. But some viewers are still on the fence about Star.

Of all the YouTube scandals in 2018, this might be the dumbest. Dillion Burch staged a YouTube stunt that involved telling cops that a shooter was on the loose at Disney’s Contemporary Resort in Florida. He claimed he was joking, but he was also heavily intoxicated at the time. And his stunt landed him three days in jail. Congrats, man.

Beauty vlogger Laura Lee got caught in the crossfire between Gabriel Zamora and Jeffree Star’s feud, which led to people digging up racist tweets she'd also made in the past. Seriously, is everyone on YouTube a closeted racist? She went radio silent for about two weeks and then posted an apology vid which didn't really do much for her career.

It was clear that Gabriel Zamora wasn’t a fan of the Jeffree Star-friendly docu-series. But fortunately, Star’s fans were on his side. They found a bunch of horribly offensive tweets that beauty vloggers Zamora, Manny MUA, and Nikita Dragun had made in the past, and posted them online for the world to see. In the end, these YouTubers had to forget about Star and post their own apology videos.

The Hate U Give

YouTuber Kian Lawley was supposed to star in Fox’s film “The Hate U Give” about a black teen girl who becomes an activist after she witnesses a white cop shoot an unarmed friend. But Fox dropped him like a hot potato after a video surfaced showing Lawley making racist remarks. If you're going to be a big old racist, at least keep it to yourself, dude!

The Past Haunts Jeffree

In September, Jeffree Starr did it again when he wore cornrows for one of his cosmetics campaign, and people were pretty pissed off. But hey! It's 2018, and it doesn't take much for people to get mad at something. Not only did they criticize the campaign, but they brought up the racists comments he made in the past all over again.

In July 2018, Emma Chamberlain started selling her clothing line at a very steep price. But what ticked off YouTubers was the fact that she wouldn’t advertise the right items. Plus, the clothing photos she posted were extremely blurry. But eventually, everyone got over her scam.

YouTuber Logan Paul posted a video in late 2017 which showed him visiting Japan’s Aokigahara Forest where people go when they decide to end their life. But Paul was mocking the whole situation, and even went on to show a person's body who had recently passed away in the forest. This shocked and angered a lot of people all the way through to 2018, and the hatred is still going strong.

In September 2018, Manny MUA Gutierrez lost about 400,000 subscribers after he was accused of trying to use beauty vloggers like Jeffree Star to social climb. He went dark for a little while after people people called him and his friends out for posting that anti-Jeffree photo where they claimed they were doing better than him. Then, he came back with (another) video where he addressed these alleged accusations that her was a social climber.

In January 2018, YouTuber Glozell Green came out with a new challenge which had a bunch of teens uploading videos where they ate Tide pods. But this completely backfired on her because of the many safety issues that came from doing such a dangerous stunt.

In January 2018, YouTube channel Pop Blast made a video containing a clip that had proof that Shane Dawson was fond of kids under the age of consent. Shane immediately, replied to fans’ outrage and showed the full unedited clip where he explained he was just kidding.

In 2018, YouTuber Christopher Prusa was identified as the guy who followed Judy Liang home in 2017 and tried grabbing her as she tried to unlock her front door. Once social media got wind of what he did, they gave Prusa a piece of their mind.

Right-wing conspiracy theorist and YouTuber William Douglas had allegedly sent YouTube employees terrifying emails that suggested their lives were in peril. In September, he was arrested after directly tweeting YouTube CEO Susan Wojcicki. Not a smart move, man.

Jason Ethier of YouTube’s ImJayStation was arrested for trespassing. But he claimed that another guest had accidentally taken his bag so he got aggressive with Disney’s security. They ordered him to leave the premises, but he started filming the baggage check and then got nasty with another officer. So security took him down.

In August 2018, Ian Rylett who's the co-founder of a prominent tween girl YouTube network was found in a Florida hotel room with one of his young female stars. He was allegedly attempting to assault her. But the owner of the popular channel "SevenAwesomeKids" pleaded not guilty to the allegations.

Keeping It In The Family (Not)

In July 2018, Chris Ingham, a family vlogger from the UK who often shares videos of his wife and kids, was accused of sending messages to two fans in their late teens. The young women said they felt unsafe and reported him to the Sussex Police.