Matthew Loffhagen
25 Reasons Why You Should Take a Nap Right Now (and Examples of Famous Nappers) December 20, 2018 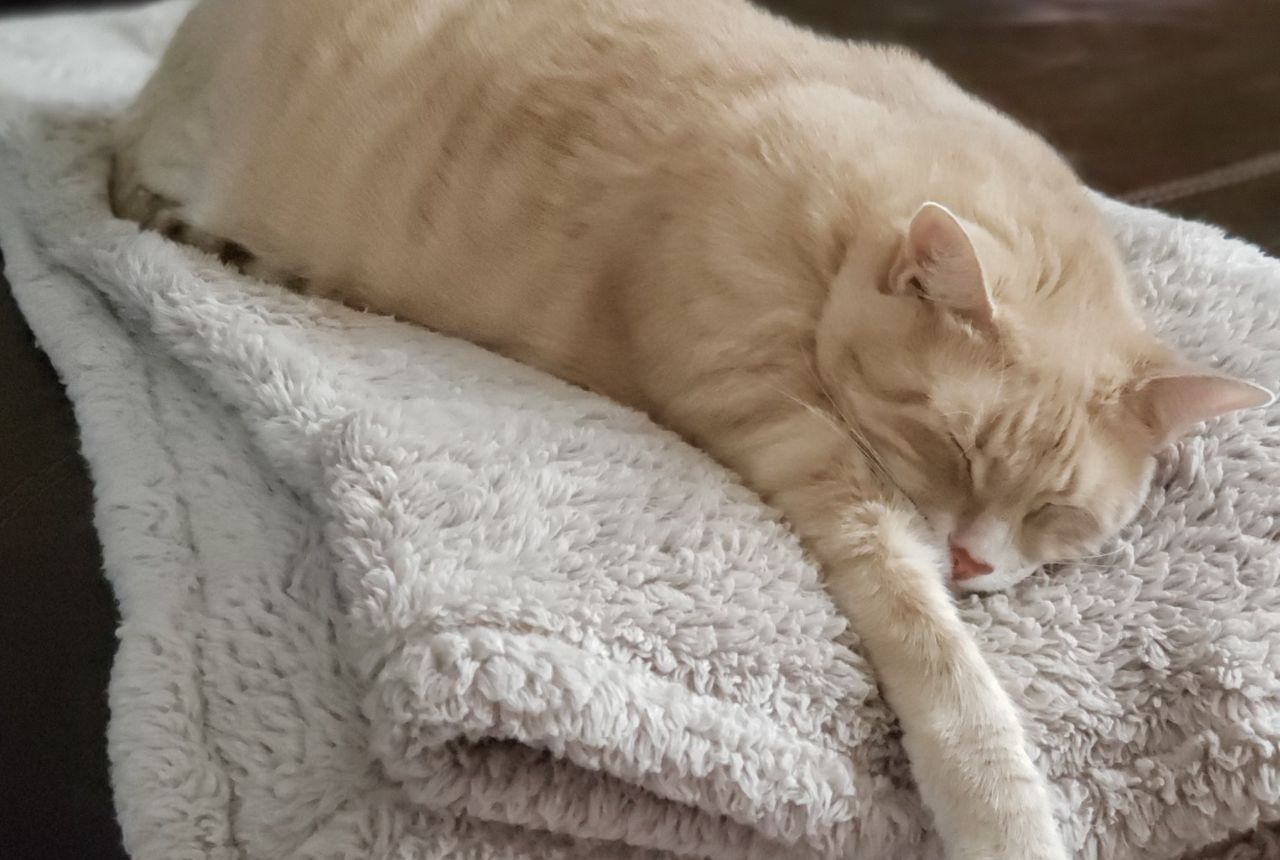 You shouldn't be awake. Instead, you should take a nap right now, because it's good for you. Science has proven the benefit of naps. Also, many important historical figures regularly napped. So check out this gallery to learn why you should nap right now.

Studies have shown that being well-rested helps improve brain function over a long period of time. Taking a nap in the middle of the day keeps your brain running efficiently for longer, so you won't get so tired and sluggish.

If It's Good Enough For Einstein...

Many famous people throughout history have relied on naps to fuel their achievements. Many of Albert Einstein's big ideas may have actually been the work of his first wife, Mileva Marić, but what successes he did achieve were aided by his fondness for napping in the middle of the day.

It may seem that taking a nap is a lazy, wasteful use of your time, especially when you're working towards deadlines. But your productivity drops when you're too tired, and studies have shown that you're better off having a quick cat nap to perk yourself up if you actually want to get anything done.

It's not always easy being in the public spotlight. With so many events to attend, Eleanor Roosevelt would often nap immediately prior to a public appearance. This, she felt, helped keep her rejuvinated and lively through meeting so many new people.

[dx_custom_adunit desktop_id="RTK_K67O" mobile_id="RTK_5yk0"] A proven link exists between naps and academic achievement. If you take a small snooze, you're more likely to remember information from classes. So the next time you get caught dozing off at school, you can argue that you're actually doing what's best for your studies.

Napoleon, Master of the Short Nap

Napoleon Bonaparte was an eccentric world leader, but he managed to achieve a lot thanks to taking quick cat naps throughout the day. This allowed him to function late into the night, so he was able to get more done without needing to hop into bed for eight hours a day.

Getting frustrated or annoyed? Why not take a nap? A small sleep is often all it takes to help relieve stress levels and calm you down. Everyone around you will thank you for taking a short break.

[dx_custom_adunit desktop_id="RTK_K67O" mobile_id="RTK_5yk0"] Say what you like about the so-called Iron Lady of British politics, but Margaret Thatcher was, if nothing else, efficient. She would regularly work 20-hour days, and achieved this by taking regular naps during her downtime.

It's been proven that sleep can affect your mood, and those who nap regularly are generally of a happier disposition than those who don't. The link between depression and sleep disorders is well documented, so regular naps are good for your mental health.

Aristotle's contributions to philosophy have shaped the modern world, and it's all thanks to regular naps. Aristotle believed that the human mind could untangle things while asleep, and so would rely on naps to help him ponder the mysteries of the universe.

[dx_custom_adunit desktop_id="RTK_K67O" mobile_id="RTK_5yk0"] There are, shall we say, romantic benefits to taking naps. Tiredness can drop a person's testosterone levels by up to 15 percent, and exhaustion is a major cause of a lack of intimacy in relationships. Just don't overdo things, as making babies can end up costing you a lot of sleep in the long run, if you catch my drift.

Thomas Edison claimed that sleeping more than four hours a night was a sign of laziness. He didn't exactly practice what he preached, though, as he would regularly take naps in the middle of the day to keep him going. This helped him to more efficiently take credit for the invention of the lightbulb, and cemented his reputation for not exactly being trustworthy.

While sleeping, the right side of the brain (which is associated with artistic skills) is active. This is why so many creative people have good ideas while they're asleep. Even if you don't dream up the plot to a bestselling novel, regular naps will help you be more creative and inventive throughout the rest of the day.

[dx_custom_adunit desktop_id="RTK_K67O" mobile_id="RTK_5yk0"] Celebrated artist Salvador Dali had a trick he'd use while napping. He'd sit in his chair holding a heavy metal key, and once he'd slept to the point of relaxing and dropping it, the falling key would then wake him up. He'd use this technique to help get short, quick naps that he felt boosted his imagination.

Napping isn't going to completely turn back the clock. But it will help reduce wrinkles and refresh your face, plus give you a boost of energy. There are a lot of benefits to sleeping in the middle of the day, and you'll avoid some of the negative effects of aging in the process.

Painter, inventor, and inspiration for the best Ninja Turtle, Leonardo da Vinci owed many of his accomplishments to naps. The Renaissance artist only slept a few hours a night, and made up for it by taking a fifteen-minute nap every four hours during the day.

[dx_custom_adunit desktop_id="RTK_K67O" mobile_id="RTK_5yk0"] There's a proven link between sleep and willpower. If you're drowsy, you'll find it harder to avoid raiding the shelves for tasty treats. The next time you're feeling the munchies, you're better off taking a nap instead of pigging out on junk food.

John F Kennedy used to eat lunch in bed before snuggling down for a two-hour nap. His wife, Jackie Kennedy, would often join him, leaving important meetings in order to go take a snooze.

Naps Keep You Out of Prison

Don't want to spend the night behind bars? Napping helps you to avoid poor decision making as a result of tiredness and a lack of impulse control. Life goes a lot smoother if you're well rested.

Bill Clinton, Napping at a Funeral

[dx_custom_adunit desktop_id="RTK_K67O" mobile_id="RTK_5yk0"] Bill Clinton's bedroom antics have long been a source of intrigue. The former president took every available opportunity to fall asleep, even managing to doze off during Ronald Reagan's funeral. If only something (or someone) wasn't keeping him up all night...

There's a reason they call it beauty sleep! Taking a nap helps your skin to rejuvinate as you fight back the effects of chronic tiredness. Bags under your eyes will reduce in size, and you'll look more attractive for being well rested.

Winston Churchill - We Will Nap on the Beaches

Like many politicians, Winston Churchill managed his incredibly heavy workload thanks to regular naps throughout the day. This may also have been the result of the heavy depression that plagued the British prime minister through much of his premiership.

[dx_custom_adunit desktop_id="RTK_K67O" mobile_id="RTK_5yk0"] Having a hard time giving up smoking? Try taking more naps. Tiredness makes it harder to say no to all the naughty things that your body may be craving, so having a good nap will help you break your bad habits.

Ronald Reagan probably wouldn't have been too upset with Bill Clinton falling asleep at his funeral, considering that he too enjoyed a good nap when the opportunity arose. Nancy Reagan was dreadfully embarrassed by her husband's napping habit, fearing that it would be perceived as laziness. Reagan himself though used to joke about his naps, and how sometimes, he even fell asleep in cabinet meetings.

Napping Is Good for Families

There's a genuine, scientifically tested benefit to snuggling up together for a nap. Closeness helps people to develop strong emotional bonds together, so sometimes, it's worth pulling your loved ones close to you as you all take a few minutes to doze together.