Actors Who Got Famous Playing Roles That They Hated

Karla Pavelka
Actors Who Got Famous Playing Roles That They Hated June 12, 20201 Comment 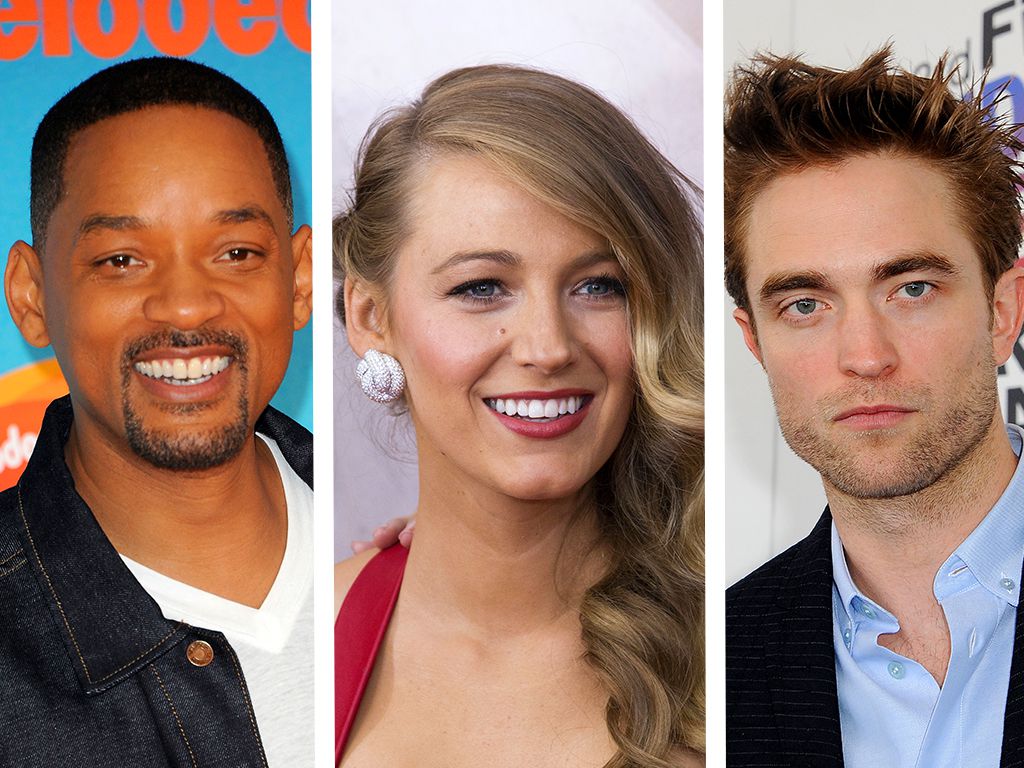 You might know these actors for their famous roles in iconic films, but you may not know that they really hated the experience of acting in those roles. More than one cast member of the "Twilight" films has openly expressed their detest of the vampire series, including Robert Pattinson, who had some choice words for fans of the film.

Kate Winslet as Rose in "Titanic"

There are a couple reasons why Kate Winslet doesn't love "Titanic." The first is that she's not a fan of her own performance in the movie. That, however, is a matter of opinion. What isn't is that James Cameron was horribly mean to her on set. He apparently called her "Kate Weighs-A-Lot." No wonder she hated the experience.

Blake Lively was a huge hit in "Gossip Girl." But, Lively ultimately doesn't think the show has a great message, calling it "personally compromising." She also dislikes being constantly compared to the Manhattan socialite she portrays. “It's a weird thing when people feel like they know you really well, and they don't," she said.

Although "High School Musical" made Zac Efron a teen idol, Efron has no love for the person it made him. “I step back and look at myself and I still want to kick that guy’s [butt] sometimes,” he said. He worries that the role made people think of him as "still just that kid from ["High School Musical"]." Efron believes that it created an image for him that he has to constantly work to overcome.

By the time George Clooney appeared in "Batman & Robin," he was already a huge television star, but he was still trying to make his transition to the screen. The role, however, wasn't something he was happy with. During an appearance on "The Graham Norton Show," he expressed his distaste for his performance, "Let me just say that I'd actually thought I’d destroyed the franchise until somebody else brought it back years later and changed it. I thought at the time that this was going to be a very good career move. It wasn't."

It's not the role of titular character Harry Potter that Daniel Radcliffe hates. It's his performance. "I'm just not very good in it. I hate it," he said. "My acting is very one-note and I can see I got complacent and what I was trying to do just didn't come across."

Robert Pattinson as Edward in "Twilight"

Even though "Twilight" made Robert Pattinson a household name, that fame came with a price. He's had interactions with fans that he has described as "creepy" and "scary." "Suddenly everywhere I went people thought they already knew me. They look at a photo of me and think they have a special relationship, a friendship, an affair with me— someone they haven't met their whole life. That's crazy… but I try to laugh it off," he said.

Pattinson isn't alone in his discomfort with his mega-fame. In her autobiography, Carrie Fisher revealed that if she had known "Star Wars" was going to be the hit it was, she would never have taken the part of Princess Leia. “I would never have done it. All I did when I was really famous was wait for it to end,” she said.

Playing "James Bond" was no picnic for Sean Connery. He had a feud with a producer that ended with him locking himself in his trailer. He also had a stalker follow him while he filmed "You Only Live Twice." Photographers even followed him into a public restroom. Connery was done with the franchise, but signed on to "Diamonds are Forever" in order to get two of his passion projects greenlit.

Megan Fox as Mikaela in "Transformers"

Megan Fox is very open about her opinion of "Transformers." She thinks her performance is terrible, saying, "The humans are secondary to the robots because it's a movie about robots... People are well aware that this is not a movie about acting," she said.

Famously, there are two cuts of the original "Blade Runner." One has a voiceover that over explains everything happening. The other— the director's cut— does not. The voiceover version is widely regarded as inferior, even by Harrison Ford himself. "I was compelled by contract to do this voice-over, which I did in five or six different forms, all of them found wanting," he said. "I had never read this material before, and I had no chance to participate in it, so I simply read it. I was very, very unhappy with their choices and with the quality of the material."

"Love Actually" is a film that, in an era where consent is an open discussion, hasn't aged well. Andrew Lincoln had enough sense to recognize it at the time. "My big scene in the doorway felt so easy. I just had to hold cards and be in love with Keira Knightley. And that was my own handwriting on the cards, thank you for noticing. But I kept saying to Richard [Curtis, the film's writer-director], ‘Are you sure I'm not going to come off as a creepy stalker?'" He was assured that he wouldn't. Though the film was a huge success, many now question exactly what Lincoln questioned at the time.

Marlon Brando as Stanley in "A Streetcar Named Desire"

Marlon Brando tried to distance himself from his abusive character, Stanley Kowalski, from "A Streetcar Named Desire." "He had the kind of brutal aggressiveness that I hate," Brando said. "I'm afraid of it. I detest the character."

Allison Williams as Marnie on "Girls"

Allison Williams had to overcome the distance between herself and her character Marnie on "Girls." "Marnie would drive me crazy if we were friends in real life," she said. Williams didn't agree with the characters' choices on the show, but had to overcome it. "I have to put that out of my head in order to play her."

Katherine Heigl was famously critical of her part on "Grey's Anatomy," saying that the material she was given didn't warrant being nominated for an Emmy. She later clarified her remarks saying, "I didn’t feel good about my performance... and there was a part of me that thought, because I had won the year before, that I needed juicy, dramatic, emotional material.”

Channing Tatum does not hold back when it comes to his thoughts on "G.I. Joe." “Look, I’ll be honest. I hate that movie. I hate that movie,” he said. Tatum had signed on to a three-picture deal with the studio. He tried to find a way out of it, but the studio said if he did they would sue.

Shailene Woodley is grateful for her time on "The Secret Life of the American Teenager." However, she struggled with the portrayal because of its message. "Towards the end, morally, the things that we were preaching on that show weren’t really aligned with my own integrity," she said. "So that was a bit hard to show up to work every day knowing that we were going to project all of these themes to thousands — millions — of young adults across the country, when in fact they weren’t what I would like to be sending out.”

Shia LaBeouf as Sam in "Transformers"

Although the Transformers franchise may have been what transitioned LaBeouf from a child star to a full-fledged actor, LaBeouf has his criticisms of it. In talking about "Transformers: Revenge of the Fallen," he said, "There are a lot of people that liked the second one, but I hated it. I just didn't enjoy it. I thought we missed the mark. I got confused, I couldn't see what the f**k was going on, you know with certain robots... I couldn't decipher what was happening."

Christian Bale as Jack in "Newsies"

There are many people that love "Newsies." Christian Bale isn't one of them. "At 17, you want to be taken very seriously — you don’t want to be doing a musical," he said. "Time healed those wounds. But it took a while.”

Matt Damon as Jason Bourne in "The Bourne Ultimatum"

"Hannah Montanna" may have made Miley Cyrus a star, but not without negative effects on Cyrus. "From the time I was 11, it was, 'You're a pop star! That means you have to be blonde, and you have to have long hair, and you have to put on some glittery tight thing,'" she said. "I was made to look like someone that I wasn't, which probably caused some body dysmorphia because I had been made pretty every day for so long, and then when I wasn't on that show, it was like, who am I?"

Will Smith on "The Fresh Prince of Bel Air"

Will Smith's qualms about "The Fresh Prince of Bel Air" have nothing to do with anyone but himself. It's not the show he has an issue with; it's his own acting. On "The Graham Norton Show," he said he can't bear to watch his own performances. He thinks he was trying too hard.

Angus T. Jones as Jake on "Two and a Half Men"

The half of "Two and a Half Men" thinks the show is so bad, he asked people to stop watching. In a since-removed YouTube video, he called the show "filth." "People say it’s just entertainment. Do some research on the effects of television and your brain, and I promise you you’ll have a decision to make when it comes to television, especially with what you watch," he said.

Crispin Glover as George McFly in "Back to the Future"

The "Back to the Future" star doesn't approve of the film's ending. He expressed his displeasure to director Robert Zemeckis. “I think if the characters have money, if our characters are rich, it’s a bad message," he said. "That reward should not be in there.”

For this "Home Alone" star, the issue isn't the film. Nor is it his performance. He can't watch it because it's too personal, and he can't remove himself from the experience. He told Ellen Degeneres, "I'm remembering that day on set, like, how I was hiding my Pepsi behind the couch. I can't watch it the same way other people can."