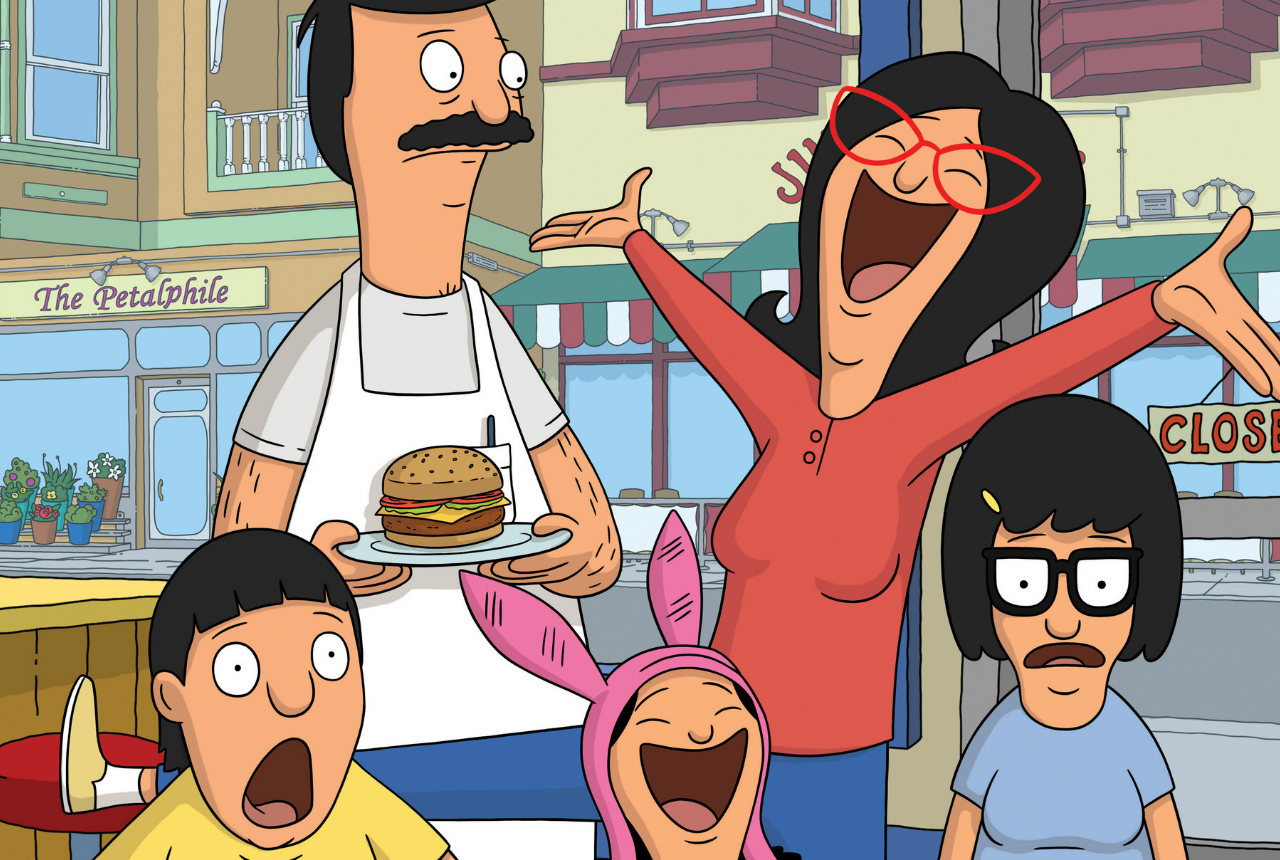 What are the best Bob's Burgers songs?

When finding the best Bob's Burgers songs and musical numbers, there is an overwhelming array of songs to choose from. No surprise to regular viewers. There are interludes, complex theatrical productions, and so, so, so many Thanksgiving songs. And that doesn't even cover any fart-based instrumentals. A hardcore fan might want to go ahead and pick up the Bob's Burgers album from Sub Pop Records. It's a jam-packed three disc album that includes covers by recording artists like St. Vincent and The National. In the meantime, here's a collection of the Belcher's absolute best performances to tickle the funny bone and please the melodious ear.

This song - a setpiece, really - is a perfect example of the ways Bob's Burgers uses its songs like a legit musical does. The music has storytelling, character building, plot advancement, and, of course, plenty of jokes. Fitting for a season finale in which there is actual life-threatening DANGER for our beloved Belchers.

The season seven premiere episode gave us a full Louise fever dream musical spectacular. It's hard to teach Louise lessons because she's so gd smart, so teaching her about forgiveness through this toy-filled parable is a great way to go about it. The music, as always, is hilarious perfection, and the emotional resolution at the end is, like, for real.

Quickie Kiss It makes the list for a few reasons. One, it's catchy as hell and will get stuck in your head for days. Two, I relate very hard to being a hormonal preteen who just wants to fly around kissing scads of boys on the beach.

The Thanksgiving episodes of Bob's Burgers are always epic af, but they really reached a whole new level when Linda sings Kill The Turkey in this season three ep. Not only are the lyrics - let's face it - absolute Thanksgiving perfection, but this is the song that led to a collaboration with The National. If you haven't heard their cover of this gem, check it out, but nothing beats the original.

The Kids Run The Restaurant

Linda Belcher is a superstar. I'm not kidding! She's a terrific performer and she knows just how to turn on her showstopping charisma. I love it when she gets to have her own stage - whether in a fantasy sequence or IRL - and really show off for an audience.

Yet another plot-filled duet for the Belcher fam. What I love most about this one - besides the music itself, which is a delight - is how happy Bob is in that garden. Sure, it sucks that it has to come at the expense of everyone else's happiness, but at least the moral of the episode is that rich white people are to definitely blame for everything terrible.

Firstly, let's all just agree that the retro styling of this music video is hella dope. Now that that's out of the way, sit back, relax, and let the superbly unique musical stylings of Gene Belcher take you away. And always remember: farts are LIBERTY.

Personally, I love snakes. I once bought a baby garter snake from a kid at school for $1.50. But Gene has a point. Where ARE their arms and legs? It's NOT okay. But you know what is okay? To be afraid of snakes. So sing about it!

Look, yeah man, I know. It's no Kill The Turkey. But this Thanksgiving song rocks it hard, and I defy you to not be tickled by the time they get to "sailors in your mouth". The National's music video for their cover of this one is also pretty damn bomb.

From the episode where Linda takes another job at a grocery store - and which ends in a glorious rain of shrimp - This Is Working is solid af. Of course Bob and Linda pull off the simultaneous duet flawlessly. But what really wins me over in this song is the realism of the characters and their emotions. Bob's Burgers is the only show on TV that truly captures the life of a white working-class family with such heartfelt honesty.

There have been a lot of fictional and satirical boy bands on TV, but Bob's Burgers's Boyz 4 Now is so good it rivals 2gether. Their Halloween hit - with clear shades of Everybody (Backstreet's Back) - is my favorite of their singles, and the music video is some real solid comedy. It was hard to choose, though; If You Love Something (Set It On Fire) is a definite runner up.

There are so many moving pieces to Electric Love - the true story of Thomas Edison murdering an elephant, Gail and Mr. Fischoeder feeling those sexy duet vibes, Louise trying to keep the Edison-loving teacher from revising elephant murder history. It's hard to know where to even begin. I think ultimately we can all agree that this song is brilliant and Thomas Edison was a fucking monster.

Bob's relationship with Hugo is not complicated, but it's always been contentious. Here we see him getting that mean little man hella laid! The song is also a perfect place for the brilliant Ron Lynch to shine. IMO this 18 second song is better than the entirety of the movie Birdman (never give up an opportunity to remind the world that Birdman is toxic masculine trash nonsense).

It's fair to say that Tina's Quirky Turkey musical performance is one of the more shocking moments in Bob's Burgers history. It climaxes into a moment both horrific and disgusting, but also somehow incredibly heartwarming? And boy oh boy is those turkeys' choreography tight af.

This kinda insane mishmash musical of Die Hard and Working Girl may not be one of my all-time hardcore fave Bob's Burgers songs, but it certainly deserves props for being one of the most elaborate. Everyone in the cast is given a chance to shine - Regular-Sized Rudy as Argyle is a particular standout. While it doesn't manage to tug the heartstrings or be quite as catchy as some of BB's other tunes, it's up at the top for pure execution and flair.

Bad Stuff Happens In The Bathroom

I've never been one for gross-out shit. I mean, even The Simpsons got to be too much for me sometimes and I could never stomach Rocko's Modern Life. So I appreciate a song about the bathroom that isn't gross at all. In fact, Bad Stuff Happens In The Bathroom is just objectively a fantastic song, both musically and lyrically, and I'm sure I'll catch myself humming it next time I'm stuck on a toilet.

One of the things that Bob's Burgers does so well is talking about the straight-up facts of life with the kids in a way that isn't creepy or gross or precocious. Buckle It Up is a perfect example of this. If you've got kids and you're not singing "buckle it up or you'll die" at them every time you start the car, you're doing parenting wrong.

Bob's Burgers loves butts - it's not just Tina. I mean, even as Linda is overwhelmed by the nightmare of animal anuses that her sister has painted for the Art Walk, the song makes sure to remind us that butts are beautiful. Anuses though...that's another story.

Sometimes simplicity is the best, my friends. In this season one song, Gene Belcher shows us what a hep cat he is. Da Ding Ding makes the list because it's a pure showcase of Gene's musical talent, which so often involves making something great out of farts and a triangle.