Bridget Daly
These Vintage IKEA Catalogues From 1951 To 2000 Show What The Perfect Modern Home Used To Look Like April 25, 2018 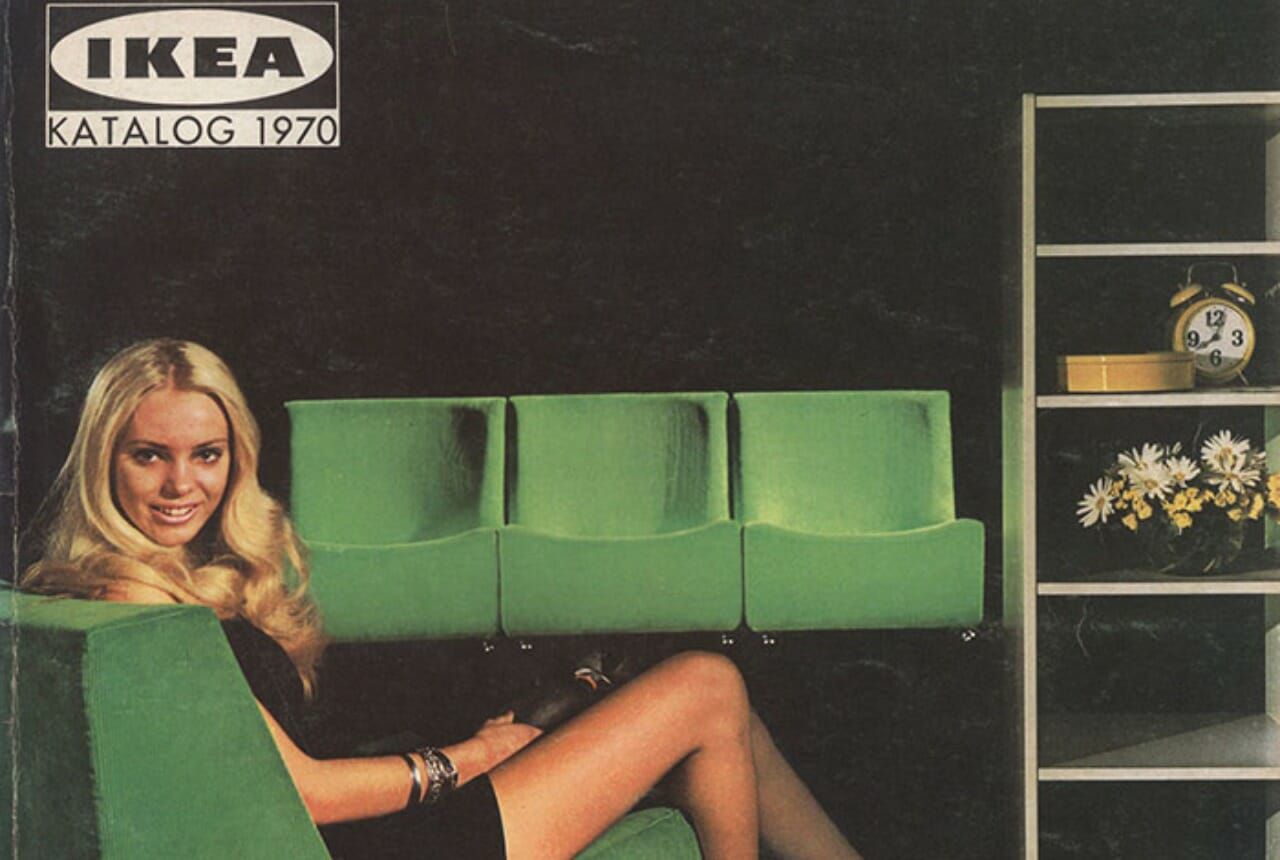 Are you a fan of ready-to-assemble furniture at a moderate price? Because if you are, the delivery of the annual IKEA catalog is an event unto itself. With pages upon paper thin pages of image-rendered inspiration, the head honchos of the multinational furniture corporation assemble each year to decide what's hot and what's not in the world of interior design. Despite the fact that most catalogs will soon end up at the bottom of consumer recycling bins, the annual IKEA collection release offers a detailed glimpse into the current trends populating apartment living spaces around the world. Surprisingly, IKEA has been sending out catalogs for over fifty years, with the first issue gracing doorsteps in 1951. So go back in time with these vintage IKEA catalogues, and see just how long vomit-orange couches were on-trend. (It's longer than you think. I promise).

The 1950s were a much different time. Back when "The Catcher in the Rye" was a hot new piece of literature instead of required reading for every highschool freshman, it was apparently on-trend to adorn your home with burgundy accent chairs. Personally, I'm a fan of the airplane-styled built-in pillow.

It's comforting to realize that in the 58 years since this catalog hit the market, there's still nothing cooler than sunglasses. Peddling their budget-friendly furniture in the refection of stunner shades, it's clear that IKEA was jumping on the counter culture bandwagon of the '60s and riding the new wave.

Nothing goes together like floral print and bright colors, right? Back in '63, living rooms across the globe were so loud you could practically hear the color scheme screaming from the catalog page. Also praised for their accessories, the retro IKEA phone on the end table was clearly taken from a hipster's wet, vintage dream.

Ah, the '70s. Moving away from the bright, loud interior design palette of the '50s and '60s, the '70s soon proved to be the decade of beige, tan and burnt orange. After all, the design experts at IKEA knew even at the start of the decade that there is nothing in this world more welcoming than poop-brown walls.

As a former owner of an IKEA convertible bed, I am 100 percent certain that this contraption is less comfortable than sitting on a pile of wood chips. Tripling as a bed, a recliner and a chair, it's no surprise that this fluid piece of furniture didn't stand the test of time. I'm digging the denim look, though.

Naturally, IKEA couldn't miss the influx of neon and brightly-colored patterns that dominated '80s fashion. From bright blue printed floral couches to multi-colored cabinets, the international furniture giant was quick to usher out the tans and browns of the 1970s. If the item wasn't neon or borderline blinding, forget about it.

Sometimes, it's hard to stomach that we live in an age where we no longer style our living rooms after the color scheme of the throwback Simon Electronic Memory game. Forget matching similar shades. Don't you know that back in 1984, nothing matched bright red better than bright blue and orange?

Out with the neons, and in with the prints. Apparently, it was on-trend in the late '80s to bring hotel lobby-styled furniture into your home and pretend that the pattern didn't make your head spin. This catalog should have definitely hit doorsteps with a motion sickness warning as it's impossible to look away from this trainwreck.

The 1990s were the gilded age of Nickelodeon, "Supermarket Sweep" and...floral prints? Judging from the cover of this 1992 IKEA catalog, bright florals atop a dark base color were a surefire way to make your living room the talk of the neighborhood. Yikes. At least the wood-paneled walls were left in the '70s.

The turn of the century signaled the arrival of the iconic blue and yellow IKEA logo we all recognize. Boasting a design style that could still be seen in any trendy loft from Brooklyn to Los Angeles, the sleek modernity of the early aughts clearly has staying power.