Tom Bridegroom
Movie Adaptations That Are Actually Better Than The Books They’re Based On March 20, 2018 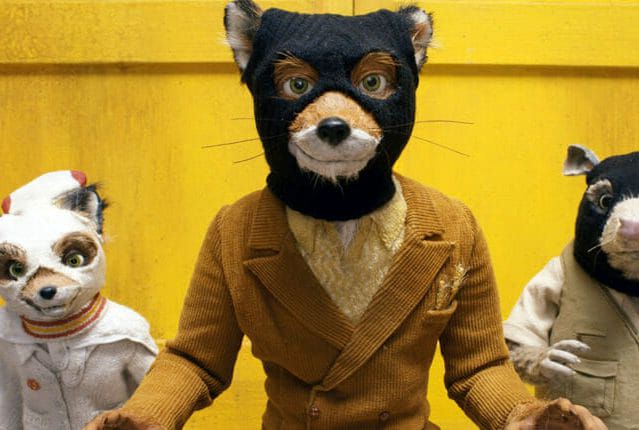 You know when you watch a movie that was a book first, how the movie just completely ruins the book? Well, maybe that's true nine times out of 10. But not always. Because sometimes, movies are actually better than the books that inspired them. These adaptations may not be the best films of all time. But whether the source material is a classic or trash, some stories are just better on the screen. With a little VFX magic, some poetic cinematography, or a script that expands on the source material, these are the top movies that are better than the book.

Where The Wild Things Are

Now don't think for one second that I'm disparaging Maurice Sendak's classic picture book, which is and will always be an absolute treasure. However, Spike Jonze's adaptation - which he worked with Sendak to bring to the screen - takes the source material and goes way, way beyond. In addition to being visually breathtaking, the emotionally explicit film is perhaps the best movie ever made about a child's experience of family and divorce.

Okay, to be fair, this one is kind of a gimme, right? Francis Ford Coppola took Mario Puzo's gangster book and turned it into one of cinema's all-time greatest achievements. Sure, Puzo came up with the story, but there's no denying that Coppola is the one who made Corleone into a household name.

The Fellowship Of The Ring

Yes, JRR Tolkein is an undisputed genius, and The Lord Of The Rings is a fantasy masterpiece. But the books were never meant to be broken up, and the first movie in Peter Jackson's trilogy surpasses the text by thoughtfully scrapping all that Tom Bombadill nonsense and diving into the adventure as quickly as possible. Get outta here, Old Man Willow - bring on the cave trolls!

Charles Dickens's original story is a rather heavy-handed moralistic fable about Victorian wealth inequality and also...ghosts? Most Dickens adaptations hew too closely to their source material to surpass it in quality, but A Muppet Christmas Carol handily pulls that feat off. The Muppets inject a somewhat dour tale with a heavy dose of joy and real Christmas spirit, creating a movie whose moral lingers with children and adults alike.

The novel Fight Club certainly can't be considered bad, but it wouldn't have embedded itself in our cultural consciousness all on its own. David Fincher's shockingly unique socio-psychological thriller literally gives life to humanity's inner demons and sticks uncomfortably in our brains. The emminantly applicable Fight Club catch phrase doesn't hurt either.

Harry Potter And The Prisoner Of Azkaban

After the first two Harry Potter movies, directed by soft-touch Chris Columbus, failed to inspire critical fervor, Alfonso Cuaron took over for adaptation number three. And thank god he did! Prisoner of Azkaban the movie goes far beyond the emotional scope of the book, showing the appropriately bleak effects on school children fighting a magical fascistic war - along with some totally baller clock motifs.

Let's face it: Heart Of Darkness is a colonial slog laden with the residue of the white man's burden. Apocalypse Now, on the other hand, is an examination of war, humanity, and carnality so affecting as to become iconic. Joseph Conrad can eat a dick.

This Chris Van Allsburg picture book just happens to be a pretty decent Jumanji sequel - a movie which doesn't manage to surpass the original. Zathura, however, turns a Craftsman house into a space station and an action movie into a pretty decent parable about brotherhood. And the early days Dax Shepard role is tonally spot-on.

The book is a thoroughly passable noir thriller, but the movie is a hot as shit rough and tumble mystery. Kim Basinger absolutely rules as the perfect embodiment of the femme fatale, there's no denying it. Add in the timeless themes of corruption, lust, and murder, and it's enough to make you forget those totally awful final few minutes of the film.

There have been many adaptations made of various Roald Dahl books, but, while good, few of those movies have managed to overshadow the author's incredibly inventive writing. However, Wes Anderson managed to take the very simple short story of Fantastic Mr. Fox and turn it into a stop-motion adventure unlike anyone had ever seen before. And cuss me, I wanna get my hands on some of that cider.

About A Boy is a great book but an even better movie - arguably the best Nick Hornby adaptation. It doesn't go off on some weird suicide subplot and actually focuses on the characters we care about! Plus the outdated Nirvana bit is thankfully and seamlessly dropped.

Trainspotting is another case where the original book isn't bad, but the movie is simply able to do so much more with the material. Aside from the fact that in the book Kelly MacDonald's character is a pretty gross 13 years old, the movie focuses in on its characters in a more empathetic way. Visually, it's much easier to portray both the dreamy and horrific effects of heroin use and withdrawl on screen, as anyone who has had to listen to a friend describe their acid trip knows full well.

With Mary Poppins, Walt Disney managed to take a perfectly passable book about weird British family traditions and turn it into something both visually and musically spectacular. Chock full of both emotional depth and astounding whimsy, the silver screen transformed this simple story into a cultural icon. What 20th century child hasn't dreamed of magical carousels and rum punch medicine and dancing over the chimneytops?

The novel Children Of Men is full of detail! Slow, political, socioeconomic detail. The movie, on the other hand, focuses on the emotional experience of individuals in a world without children - an action-packed narrative that draws the viewer in on all levels. Add in Clive Owen in possibly his all-time best role, and you've got a total winner.

Ponyo is Hayao Miyazaki's take on the story of The Little Mermaid, and boy does it ever deliver. Instead of gruesome details and death by sea foam, Miyazaki gives us a romantic friendship between children. And if you're not tickled by how much Ponyo loves ham, well, you might just be a gd sea witch.

Michael Crichton zapped his way onto the New York Times bestseller list for the first time in 1969 with this sci-fi thriller. It was such a hit that they made the adaptation only two years later! Beginning a grand tradition of writing books that really should have been movies to begin with, the nihilistic philosophy and Cold War set design of The Andromeda Strain make it the most unforgettable movie you ever watched on laserdisc in high school biology class.

A Home At The End Of The World

Michael Cunningham's novel tells a truly beautiful and illuminating story of a queer man growing up in the '80s and discovering his path in life. The movie does the same, but it's anchored by an absolutely stunning performance from Colin Farrell. One of the only realistic and effective portrayals of bisexuality and polyamory, this movie grabs ahold of your heart in a way the book just doesn't quite manage.

Now, I would argue that both the book and the movie of The Help are some real white people nonsense. But at least the movie provides a venue for Viola Davis and Octavia Spencer to kick ass. And any time you get to watch racists eat literal shit is a pretty good time in my book.

There is simply no comparison here. I mean, would you rather read a book about scientists cloning dinosaurs, or would you rather watch some motherfucking dinosaurs rampage around on the big screen? Not to mention Goldblum, Dern, and Neill all hold their own against the CGI creatures. And remember when that dumbass lawyer gets bit in half on the toilet? Incredible cinema.