Awesome Movies You Can Still Find Only on VHS

Matthew Loffhagen
Awesome Movies You Can Still Find Only on VHS April 25, 2019Leave a comment 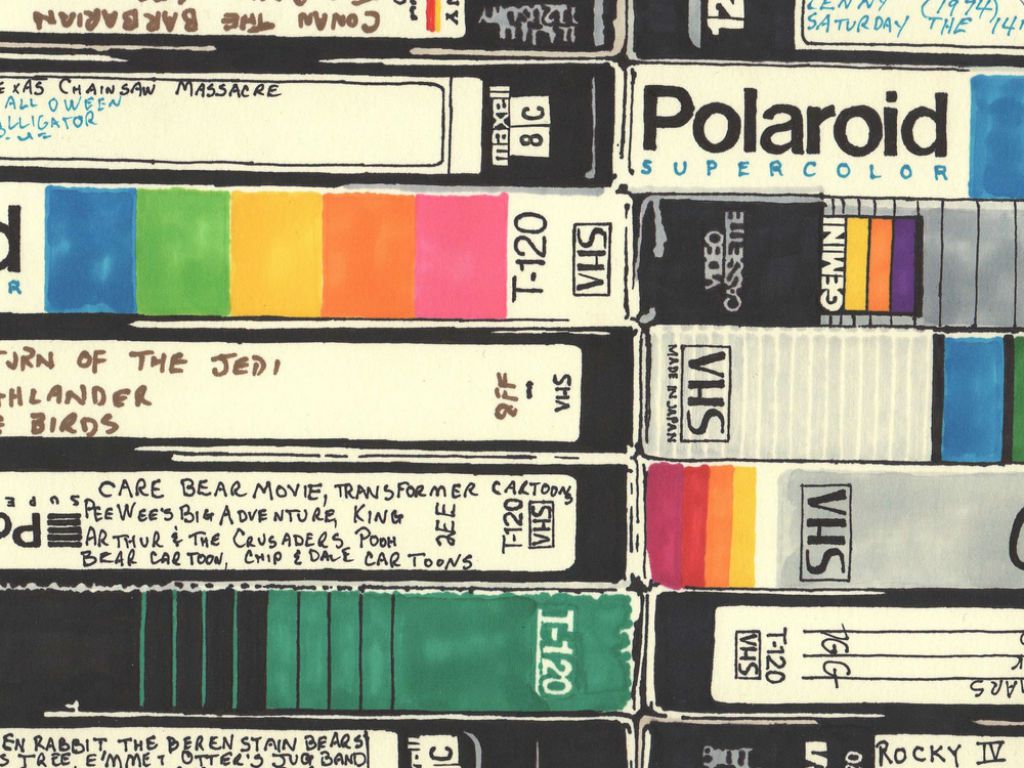 Most major movies made the transition to DVD, Blu-ray and streaming services long ago. But some worthy classics remain available exclusively on VHS, trapped seemingly forever by licensing issues. Here are the best movies you can get only on VHS...

The most infamous movie to never get past the VHS era, “Song of the South” is one film Disney would rather you forget exists. The movie was Walt Disney’s attempt to make a serious film akin to “To Kill a Mockingbird,” and its central themes of racial tension in the American South are not handled with any degree of subtlety. While the film is inadvertently really awkward and racist, it’s a fascinating relic that shows a side of Disney’s history that the company tries to keep hidden.

“Let It Be” is a 1970 documentary about the Beatles. It was the band's last gasp on film before their breakup. It even features the iconic rooftop concert that was their final public performance. But “Let It Be” has only ever been released on VHS, Betamax and laserdisc. And fans have always complained about the quality of those prints. But there's hope: Paul McCartney has suggested that 2020 might see a long-awaited HD rerelease.

Simply entitled “Rad,” this 1986 cult classic is mostly about teenagers doing BMX bike tricks. The usual legal wranglings over the movie have kept it away from a DVD release, meaning its most ardent fans are still swapping VHS copies of the film (or simply watching pirated versions because, let’s face it, sometimes that’s easier).

Of course “The Godfather” made it to DVD and Blu-Ray and streaming. But “The Godfather Saga” is something different, an alternate cut of the first two “Godfather” films with an scenes presented in chronological order with deleted scenes added. This version was made specifically for TV. While the theatrical cuts of all “Godfather” movies have been rereleased over and over, “The Godfather Saga” came to VHS but was promptly forgotten about by everyone who has ever been in a position to rerelease it, save for a second broadcast on AMC in 2012.

Technically this movie didn’t even get a proper VHS release. Or a theatrical release, for that matter. In the early ‘90s, just to hold onto the “Fantastic Four” movie license, producer Bernd Eichinger had to make an actual movie. But, in his own words, “They didn't say I had to make a big movie.” The resulting low-budget FF flick was so bad that Marvel executive Avi Arad bought the film and had all copies destroyed. What you can find easily is a documentary about the making of this film. It's called, "Doomed! The Untold Story of Roger Corman's 'The Fantastic Four.'"

“Meet the Applegates” (also known simply as “The Applegates") was a victim of studio financial woes. This is an odd film about a family of praying mantises living in human skins in an ordinary suburban town. The studio, New World, went bust while this movie was still in postproduction, which led to a delay in its release. The rights for “The Applegates” now lie with Lionsgate, but while the movie has attained a cult status, the studio doesn’t seem too keen to release it in HD.

Imagine this it’s been a few years since the release of “Caddyshack.” Folks are ready for more golf comedy. But who do you get to play your movie’s Bill Murray equivalent? How about Randy Quaid? There’s no way that can backfire, right? Sadly, the TV movie “Dead Solid Perfect” was not an instant classic upon its release. This movie debuted the same year as “Caddyshack II,” and while neither film is remembered fondly, at least the “Caddyshack” sequel is actually remembered.

'I Was a Teenage Werewolf'

No, this isn’t a “Teen Wolf” knockoff. “I Was a Teenage Werewolf” was released in 1957 and is basically the quintessential drive-in horror B-movie. While the film left an indelible mark on the public consciousness, no doubt inspiring future furry teen monsters such as those played by Michael J. Fox, it got tangled up in rights issues following studio bankruptcy. It kind of exists on VHS in some regions, but an authentic copy will set you back hundred of dollars.

The original theatrical cut of “Star Wars” has never been available on home release at any point in its history. Even before the film’s first VHS rental release, George Lucas had already begun tampering with his beloved masterpiece, adding the text “Episode IV: A New Hope” to the opening crawl. But while the 1997 "special edition" of the movie is available in many formats, the oldest VHS releases are the closest fans will ever get to seeing “Star Wars” in its purest, original form on home video. Even the “theatrical” releases that eventually came to DVD were based on a print of the laserdisc release, which itself was filled with awkward formatting.

A perennial favorite horror movie during the VHS era, “Dream Demon” never made the leap to DVD in large part because its production company, which also held the film’s distribution rights, imploded into bankruptcy. This is a case where the legal tentacles that ensnare a film can get it locked up even when an audience for an HD release clearly exists.

'A Fistful of Fingers'

“A Fistful of Fingers” was the directorial debut of one of the internet’s favorite filmmakers, Edgar Wright. Despite the director having gone on to make “Baby Driver,” “Scott Pilgrim vs. the World” and “Shaun of the Dead,” his original movie has never made it onto DVD or Blu-ray. Wright has been teasing for a while that a rerelease is on the way, but despite promising that it’s coming at some point soon, nothing’s surfaced just yet.

The 1989 Studio Ghibli animation “Kiki’s Delivery Service” is drastically different in it's English-language VHS compared to subsequent releases. The VHS version, which features Phil Hartman as the voice of Jiji, takes significant liberties with the script. Jiji has a lot of dialogue not particularly faithful to the original. In future releases, this was reworked to line up better with the movie’s Japanese form. The VHS version of “Kiki’s Delivery Service” did get a halfhearted DVD release, but it wasn’t available in all regions, and was ultimately replaced by the updated version of the film.

This is your friendly reminder that every classic movie is probably based on something else. Before there was Steven Spielberg’s “Jaws,” there was “Killer Shark.” But this 1950 film, the work of the now defunct Allied Artists motion picture company, is a lot harder to find than even a single angry shark in the ocean. It got a limited VHS release but never reappeared again.

A documentary about homelessness in 1980s Seattle, “Streetwise” is not an insignificant cultural artifact. In fact, the movie was nominated for an Oscar in the category of best documentary feature at the 1985 Academy Awards. The director, Martin Bell, even made a sequel in 2016 entitled “Streetwise: Tiny Revisited.” At the sequel's premiere, Bell announced that a DVD re-release of the original documentary was on the way. But we're still waiting.

Nightmare on the 13th Floor

A made-for-TV movie that really tries its best, “Nightmare on the 13th Floor” is mostly significant because of its absence on modern media platforms. Originally released in 1990, the movie got a VHS release, and has since become something of a collector’s item, with non-rental copies fetching up to $50 on Ebay.

Sometimes a movie’s greatest asset ends up being its undoing. “The Wild Life,” a teen comedy starring Lea Thompson, Rick Moranis, Chris Penn and Eric Stoltz, is strung together by an awesome soundtrack featuring Prince, Madonna, Jimi Hendrix, Van Halen, Steppenwolf and Billy Idol, among others. This soundtrack, and the expensive music licensing that goes with it, is what ended up killing the movie’s future home releases. Universal Studios did make a version of the film available for mail-order only, but it’s a heavily edited version that skips many of the iconic songs entirely.