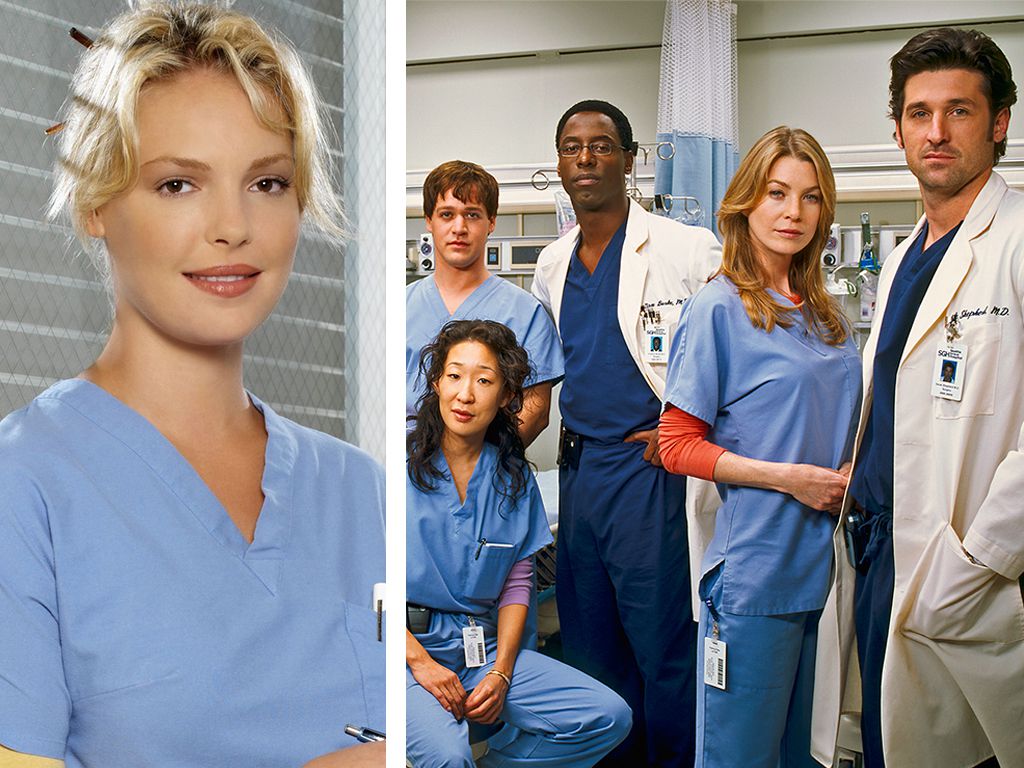 “Grey’s Anatomy” has been on the air for 16 seasons, and there are no signs the show’s going to end anytime soon. But that’s okay because fans are seriously addicted to all the drama.

Ironically, there was plenty of drama behind the scenes during the show’s early years, too. But one particular feud nearly ended the series and is now leaving viewers in shock!

The Show Took Fans on an Unforgettable Journey

Since 2005, “Grey’s Anatomy” has taken us on an unforgettable medical journey full of heart-stopping drama, action, and yes, even tragedy. Remember all the mommy issues Dr. Meredith Grey and her mom, Ellis Grey, had in the show’s early beginnings? That was a wild ride, but their complicated relationship was just the tip of the iceberg.

The Characters Have Been Through a Lot

If anyone knows about pain and suffering, it’s Dr. Grey and her fellow doctors. But one of the toughest moments on the show has got to be the tragic plane crash from season 8 that ultimately led to the deaths of characters Lexie Grey (Chyler Leigh) and Mark Sloan (Eric Dane) who lost his life from injuries he sustained the following season. But the characters’ relationships were also pretty dramatic...

Their Love Stories Are Epic

There were some pretty epic relationships formed between Izzy Stevens and Denny Duquette, George and Callie, and of course, Meredith and her complicated relationship with Dr. Derek Shepherd, aka McDreamy, which ultimately became one of the show’s most memorable and also tragic love stories. But there were some characters that clashed, too.

One Character Was Pretty Bratty

Dr. Alex Karev was the doctor we all loved to hate, especially in the beginning when he was rubbing everyone the wrong way by stealing surgeries and talking down to some of the show’s best characters like Izzie and George. But it turns out that there was more bratty behavior off-screen than there was onscreen. It's not the first time life has imitated art, right?

Katherine Heigl Was Difficult to Work With

There are many rumors that Katherine Heigl, who played Dr. Izzie Stevens, was reportedly late and difficult to work with in season 6, which ultimately led to the actress being written out of the show. But she’s not the only who’s been plagued with rumors.

Rumors say that if you tick off the show’s creator, Shonda Rhimes, you’ll get banished from Shondaland forever the way Katherine Heigl was after she reportedly bad-mouthed the show's writers. Once her ego got too big to handle, Heigl was served a slice of humble pie and her character was written off the show. While Rhimes didn't give all the details, she did admit to doing something that probably gave some of the show’s actors cause for concern.

In 2015, Rhimes set the record straight on Comedy Central’s “The Nightly Show With Larry Wilmore.” In the segment “Keep It 100,” Wilmore asked, "Have you ever killed off a character because you didn't like the actor?" And Rhimes responded, "Yes, and I'm not naming names." But some fans felt she was talking about Patrick Dempsey, whose character Dr. Shepherd was killed off rather suddenly.  However, there was one off-screen incident that nearly derailed the series.

In June 2007, fans learned that actor Isaiah Washington, who played Dr. Preston Burke, was no longer part of the show. This left the show’s viewers in shock, especially after news spread that he didn’t leave willingly. So what exactly happened?

Washington Had Been Canned

Washington had been fired from “Grey’s Anatomy” and ABC didn’t really offer any kind of explanation. But it was pretty obvious to the fans why the network hadn’t asked him to return for season 4, and it all had to do with something that happened a couple of months earlier.

Art Imitated Life on the Show

Washington’s character, Dr. Burke, and Patrick Dempsey’s character, Dr. Shepherd, didn’t always get along onscreen, even though their onscreen girlfriends at the time, Dr. Yang and Dr. Grey, were best friends. But it turns out that the actors themselves didn’t really work well together in real life, either.

The Actors Came to Blows

While filming season 3, Washington reportedly assaulted Dempsey during a fit of rage, but their fight wasn't part of the script. It was very much real. Unfortunately, there’s not a whole lot of information on what really triggered such animosity, but long after he was fired, Washington told Larry King that Dempsey was the one that got physical with him.

“He became unhinged, sprayed spittle into my face,” Washington claimed, and said that the incident was ignited when he confronted Dempsey for being chronically late. And then Washington said something he wishes he could have taken back.

Washington May Have Started the Fight

Although Dempsey himself never commented directly on what happened, some reports claimed that it was Washington that started the fight. Despite this, fans were certain that it was the things he said while fighting with Dempsey that ultimately got him into trouble.

Some reports claim that Washington grabbed Dempsey by the throat and used an anti-LGBTQ+ slur that referenced co-star T.R. Knight, who played Dr. George O’Malley. This shifted the focus from Washington to Knight, who ironically wasn’t even on set when the incident occurred.

Knight Wasn’t Public About Who He Was

Although Knight was openly gay, he didn’t announce it to the whole world. “Publicly it’s not my thing to call up People magazine and be like, ‘Hey, you want to know something about me?’” Knight mentioned. But Washington’s slur on set changed all that.

Everyone Wanted to Know if He Was Gay

All of a sudden, the show’s fans weren’t just interested in Washington’s alleged outburst anymore. They wanted to know if Knight was gay. This forced Knight to go public and put the rumors to rest.

Knight Was Forced to Come Out

“While I prefer to keep my personal life quiet, I hope the fact that I’m gay isn’t the most interesting part of me,” Knight explained in a statement. This prompted LGBTQ+ organizations to demand a response and an apology from Washington but sadly, that didn't happen right away.

LGBTQ+ rights groups called out ABC for their lack of response to Washington’s use of a homophobic slur. They also claimed they were being hypocrites since Rhimes herself had stated that she wanted the show to symbolize diversity. This forced Washington to finally talk about what happened.

Washington Apologized for His Words

“I sincerely regret my actions and the unfortunate use of words,” Washington said. “I have nothing but respect for my co-workers... and have apologized.” But then, he did a 180 in front of reporters.

Washington Denied It All

While attending the Golden Globes, Washington denied making a homophobic reference against Knight. And fans anxiously waited for the show and TV network to comment, but they didn’t. However, GLAAD did comment and they felt that the actor's comments “feeds a climate of hatred and intolerance.”

Washington Did Some Damage Control

Washington did a PSA for GLAAD, but it didn’t help his case. An ABC executive then told The New York Times that the actor’s behavior could be considered "grounds for dismissal under anti-discrimination policy.” So, he was fired. But the actor continued to defend himself.

Washington later clarified on Larry King Live that he was not homophobic and that his use of the slur word was simply a euphemism he used as a way to call Dempsey "weak" and that it wasn’t meant to attack Knight's sexual orientation in any way. But regardless, his character, Dr. Burke was gone forever... or so everyone thought.

Dr. Burke Made a Surprising Return

In 2014, actress Sandra Oh left the series. So, towards the end of season 10, Washington returned to reprise his role so Dr. Burke could give Oh’s character, Dr. Yang, his job as the director of cardiothoracic surgery in Switzerland. But his return left a bad taste in the mouth of the show’s die-hard fans.

More LGBT Characters Have Been Added

In spite of how people felt about Washington’s brief return to “Grey’s Anatomy,” fans can’t deny that there have been a number of LGBTQ+ characters added to the series since the incident with Washington.

It’s One of the Most Inclusive Shows on TV

Rhimes has continued to work hard to provide LGBT storylines on the show, making it one of the most inclusive and longest-running TV series on the air. And this, coupled with thrilling twists and turns, is one of the many reasons why the show remains such a hit after all these years.