What Was The Top Movie From The Year You Were Born?

Jen Arbues
What Was The Top Movie From The Year You Were Born? September 28, 2017 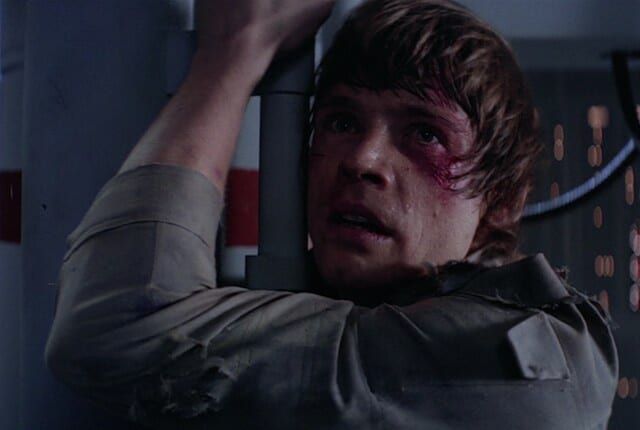 There’s nothing like a trip down movie memory lane to make you feel like a kid again — or a super old adult, depending on how far back you go and how few computer graphics programs were available at the time. Special effects aside, the film industry has seen some major changes since we were kids, even if some of us were only kids 15 years ago. So what was the top movie from the year you were born?

"Star Wars" introduced audiences to the greatest space opera of all time and marked the beginning of the decades-long love/hate relationship fans would have with George Lucas and his work.

It’s a movie that all kids grow up on, regardless of the decade in which they were actually born. Seriously, who wouldn’t want to be a member of the T-Birds or Pink Ladies? Its soundtrack was also the second-best selling album that year, because “You’re the One That I Want” is a musical treasure.

This family drama, about the toll a divorce takes on the people involved, was not only the highest grossing film of its year, but it also won big at the 1980 Academy Awards, taking home the Oscars for Best Picture, Best Director, Best Actor, Best Supporting Actress, and Best Adapted Screenplay.

Arguably the best film in the entire "Star Wars" franchise, "Empire" took on a darker tone than its predecessor, putting the spotlight on the Empire’s response to the Rebel win three years prior. And it gave us “I am your father,” which is a part of every geek’s vocabulary to this day.

George Lucas and Steven Spielberg teamed up to bring Indiana Jones to the big screen, and audiences will forever be grateful because of it. Searching for treasure, fighting Nazis, and being an all-around kickass explorer is the name of the game in this first installment of the adventure trilogy.

Sparking the imagination of children everywhere, "E.T." made us all want to believe in life on other planets and the ability to find friendship in the unlikeliest of places. Plus, it introduced us to 6-year-old Drew Barrymore, who was and always will be the most adorable child actor in the world.

Return of the Jedi closes out the original trilogy in Lucas’ epic space opera, and will forever go down in history as being the first film to use THX technology, and the first to introduce skimpy metal bikinis into every female cosplayer’s wardrobe.

Who ain’t afraid of no ghosts? Anyone who’s seen "Ghostbusters," obviously. From its writing to its casting to its use of practical visual effects, the film became an immediate classic, spawning generations of fans and Zuul worshippers alike.

Robert Zemeckis scored big with "Back to the Future," the time-travel comedy starring Michael J. Fox and Christopher Lloyd. Winner of countless awards, it also cemented the DeLorean as the coolest car to ever hit 88 mph on the open road.

Who could ever forget ‘80s Tom Cruise? We can't, and neither can anyone who’s ever seen this classic romantic military action drama. We’re still crying over Goose.

Who would’ve guessed that this comedy, about three friends left to care for an infant and some heroin, was directed by Spock himself, Leonard Nimoy? Not us, but "Three Men and a Baby stole our hearts regardless, and it’ll steal yours too.

One of Dustin Hoffman’s greatest performances, "Rain Man" is the story of a selfish hustler who learns of the existence of his older brother, an autistic savant and sole heir to their father’s millions. It’s sad and funny and heartwarming all at once, on top of being the winner of four Oscars.

Before the comic onslaught of the 2000s, "Batman" was a groundbreaker in its genre, introducing movie fans to the caped crusader as played by the untouchable Michael Keaton. With Jack Nicholson taking on the iconic role of the Joker, this is one films comic fans will look to for decades to come.

We’ll never look at aftershave the same way. Macaulay Culkin struck big as Kevin McCallister, a kid who’s mistakenly left behind when his family leaves for Paris and must defend his home from burglars. It held the record for highest-grossing live-action comedy for 21 years, which is impressive.

Disney had been making animated features since 1937’s "Snow White and the Seven Dwarfs," but it was 1991’s "Beauty and the Beast" that really marked the company’s return to capturing children’s imagination. Stunning in both animation and marketability, the film was modern, timeless and beautiful.

If you weren’t already a Robin Williams fan by the time you saw Aladdin, this is the film that would’ve cemented it for you. As the funny and lovable Genie, Williams brought real life to the animated character, making the film one of Disney’s best standouts.

Holy hell, those were some realistic-looking dinosaurs. Steven Spielberg created a box office phenomenon with Jurassic Park, the big screen adaptation of Michael Crichton’s acclaimed novel about the dangers of cloning. And take it from us, the effects in this movie still hold up.

"The Lion King" remains a beloved film nearly 25 years after its release because it hits every emotional chord. Murdered parent? Check. Coming-of-age struggles? Check. Frightening villain who also happens to be a trusted family member? Check, check and check. We still have nightmares about Scar.

Hello, Pixar. "Toy Story" marked the inevitable move of the animation industry from cel to computer, and it introduced audiences to the juggernaut that is now the standard for marketable animated features. It’s also an incredible story about life and friendship for kids and adults, so there’s that.

As James Cameron’s ode to his personal love affair with the Titanic, this film became the go-to date movie, as it hit for both the action seekers (underwater exploration), and the romance lovers (Romeo and Juliet on a boat!). We’ll never let go either, Jack. And we’ll make room for you on this door.

Ah, yes, the movie that began the Matt Damon needs to be rescued meme. Alright, so "Saving Private Ryan" is also an epic WWII drama with one of the most insane opening sequences ever put on film, but still. Matt Damon has cost a lot of lives and money over the years.

This is the one that proves there is no price too high for fan expectation. Oh, the regret. Oh, the disappointment in George Lucas. Oh, Jar Jar Binks. If nothing else, "The Phantom Menace" proved you cannot cut and paste quirky but lovable force wielders into a new series 20+ years later.

2000 — How the Grinch Stole Christmas

"How the Grinch Stole Christmas" was a success for a number of reasons. The first is that Ron Howard had been well-established as a bankable director by this point in his career; second, Jim Carrey has the whole, caricature acting thing down; and third, everyone effing loves Dr. Seuss. No brainer.

2001 — Harry Potter and the Sorcerer’s Stone

If there were ever a bigger cinematic phenomenon outside of "Star Wars," "Harry Potter" would be it. Not only did it make adults feel like kids again (let’s be real here: we all wanted that owl post), but it created an entire universe of imaginative possibility. And endless Halloween inspiration.