TV Shows That Kept Running, Even After Their Star Left

Jen Arbues
TV Shows That Kept Running, Even After Their Star Left February 12, 2018 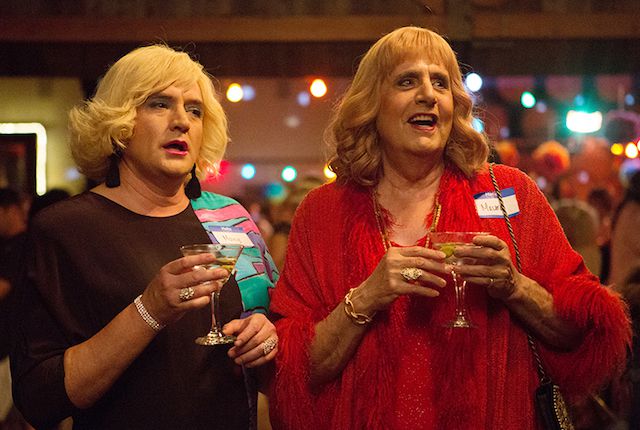 TV is a big business. So when a series is successful (and profitable), execs are going to find any way they can to keep it running for as long as possible. But that means, of course, that something like a star quitting isn’t going to slow down production. No matter how much fans love that actor or character. Because business is business. And as far as TV is concerned, no star is too big for audiences to completely forget about. At least, not as long as they’re given a proper sendoff. Or not. So here are 20 TV shows that lost stars but continued to run anyway.

Shannen Doherty had a notorious reputation for being difficult on set, so after four seasons of playing Minnesota transplant Brenda Walsh, the actress was written off the show (but at least she got to go to London?). She was replaced with Tiffani-Amber Thiessen, who basically became the “bad girl” version of Brenda. Thiessen stayed on for the final six seasons, which were probably six seasons too many, but we still watched the shit out of them all anyways.

Mandy Patinkin only lasted two seasons on CBS’ “Criminal Minds” before he just stopped showing up to table reads. Apparently, the subject matter was a little too dark for the actor, who at the time was best known for playing the guy endlessly trying to avenge his father’s death via sword fight. He went on to land “Homeland,” though, which is a much lighter series.

In its fourth season, “Spin City” lost its star, Michael J. Fox, due to his worsening health. The actor, who suffers from Parkinson’s, wanted to leave before his condition made it impossible to continue working. He was replaced by Charlie Sheen, and the show went on for over a year longer, ending its run after season 6.

OK, so this one is technically kind of a cheat, because fans of the George R. R. Martin “A Song of Ice and Fire” series saw Ned Stark’s death coming from a mile away. But for those of us who hadn’t read the books prior, having to watch Sean Bean play yet another character that bites it on screen definitely sucked. Of course, “Game of Thrones” hasn’t exactly suffered like Bean’s characters have; the show’s still on, seven seasons later.

“The West Wing” was essentially Rob Lowe’s acting comeback (because underage sex tape sex is a real career killer). In 1999, an actor couldn’t do much better than the Aaron Sorkin political drama, but money became an issue for Lowe, who left after just three seasons. Sam Seaborn may have been missed, but he wasn’t missed enough to halt production on the series, which ran for four more seasons.

Katherine Heigl wasn’t exactly shy about how much she hated “Grey’s Anatomy.” When she was nominated for an Emmy — a goddamned Emmy — in 2008, she removed herself from the awards because she didn’t feel the writing was deserving of the nod. She was since removed from the show, which is still on today, while Heigl is… well, she’s around, we guess?

“The O.C.” was one of those shows that piggybacked off the success of ‘90s teen dramas like “Beverly Hills, 90210” and helped redefine the genre for a new generation. It also launched the careers of both Mischa Barton and Phantom Planet, but after only three seasons, Barton’s character was killed off via car accident. Her career died, too… come to think of it, anyone know whatever happened to Phantom Planet?

“One Tree Hill” lost two of its main characters after six seasons of being on the air, apparently due to contract negotiations (isn’t that always the case?). The pair — Chad Michael Murray and Hilarie Burton — both went on to other projects, while “One Tree Hill” replaced them with three new characters and managed to continue its run for three more seasons. If we can learn anything from the CW, it’s that fans can always forget characters if their replacements are hot enough.

Shelley Long played Diane Chambers on ‘80s comedy “Cheers” for five seasons, earning an Emmy win for the role along the way. But her desire to hit the big screen had her parting ways with Sam and the rest of the crew at the Boston bar in ’87. Kirstie Alley took her place for the show’s final six seasons, while simultaneously managing to have a better film career.

“Two and a Half Men”

Speaking of Charlie Sheen, the actor’s TV success was nearly just as short-lived. After spending eight seasons on the hit series (why it was a hit, we couldn’t tell you), Sheen decided to take a ride on the crazy train and drive it straight off the deep end. He was fired, and Ashton Kutcher took up the role as the second man for the show’s last four seasons.

Farrah Fawcett must have slightly overestimated her screen power when she quit “Charlie’s Angels” after only one season. Her attempt to make it on the big screen fell pretty flat, and though she made several guest appearances on the show after leaving, it’s not like her presence was ever really missed. After all, Cheryl Ladd is a pretty great replacement, as far as angels go.

Michael Weatherly stuck around for 13 seasons before finally calling it quits on “NCIS.” The actor cited wanting to explore new ventures as his reason for quitting, which is understandable, seeing as he’d played the same character for over a decade. We guess he didn’t want to venture too far, though, because he went on to immediately star in another CBS show, which we’re sure he’ll get locked into well into retirement age.

Let’s be real: Steve Carell’s Michael Scott was “The Office.” When he left the show at the end of season 7, fans were just as heartbroken as every one of Dunder Mifflin’s employees. And although several new faces were brought in, including Will Ferrell and James Spader, the series never really felt the same, which is probably why NBC pulled the plug two years later.

“ER” has actually lost several of its stars over its 15 season run, but the two that hit hardest for fans were by far George Clooney and Anthony Edwards. Both actors left the show to pursue big screen ventures, but only one of them managed to make it outside of the fictional ER. We’ll let you guess which one it was.

William Petersen both starred in and produced CBS’ long-running crime drama “CSI.” His character, Gil Grissom, led the team that made looking at bodily fluids under a microscope cool for nine years before he left the TV world for the stage in 2008. His legacy lived on, though, with “CSI” running another six years before calling it quits. It also launched an entire genre of detective dramas, which now make up 100% (probably) of CBS’ lineup.

Okay, we had to. Doherty was one of the luckiest actresses in the ‘90s, having landed leads on two of the most popular shows of the decade. But, like with “90210,” she just couldn’t seem to keep it together with her co-stars on “Charmed.” After only three seasons, her character was killed off and replaced with a half-sister, played by Rose McGowan, who completed the witch trio for the show’s final six seasons.

Christopher Meloni’s Elliot Stabler was for 12 years our most beloved half of the show’s main detective duo. When he left (because of contract negotiations), our hearts were crushed, and any hope of a Benson/Stabler romance was ripped from our hands. Much like the series’ cases are ripped from the headlines. Only with far less assault.

Why must actors insist on breaking up our favorite on-screen duos in favor of pursuing other interests? For over seven years, David Duchovny was the believer that made every one of us want to believe, too, and when he left “The X-Files,” things just weren’t the same. Yes, we had Scully, but John Doggett? He was no believer.

With series star Jeffrey Tambor exiting “Transparent” amid sexual harassment allegations at the end of season 4, the future of the show remains unclear. But Amazon has announced it will continue, and its fifth season is set to premiere this year. Who exactly will become the main focus, we can only imagine, but “Transparent” benefits from a pretty stellar ensemble cast, so we’re sure it’ll find its way.