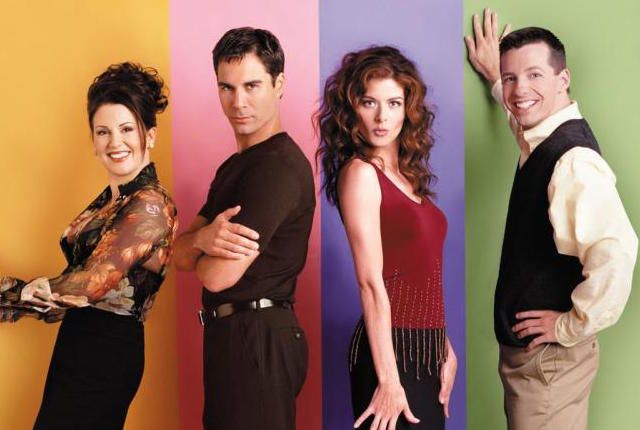 Where has the time gone? For these 20-year-old TV shows, it went in a simple straight line. For you, it might make you feel like time has slipped away in the blink of an eye. Believe it or not, all of these TV shows made their debut in 1998. And believe it or not, 1998 is, indeed, 20 years ago. So get yourself some Surge and throw a blank tape in your VCR. Because it's time to check in on some surprising 20-year-old TV shows.

Introducing a generation of viewers to nostalgia for a time period they weren't alive for, That '70s Show depicted a group of listless kids "hanging out down the street" in the late '70s. Which means the show is now as old as the time period it depicted was at the time. Feeling old yet?

Alyssa Milano, Shannen Doherty (later replaced by Rose McGowan), and Holly Marie Combs are a trio of good witches who use the "Power Of Three" to protect the world from evil. Also, they try to lead a normal, semi-charmed kind of life in San Francisco. Charmed continues to bewitch viewers, garnering tons of views on streaming services.

The King Of Queens

Say what you want about CBS sitcoms in general, but The King Of Queens offered genuine, earnest, gentle displays of familial love and hijinks in its run. While there's no official revival series to speak of, there is the curious case of Kevin Can Wait if you need more Kevin James/Leah Remini content in your life.

The West Wing. The Social Network. Molly's Game. We wouldn't have any of these "geniuses talk fast about stuff" masterpieces without the cult series that started it all: Sports Night. Not unlike M*A*S*H, Aaron Sorkin's half-hour show straddled the line between comedy and drama, with a first-season laugh track being removed in the second season. If you've never tried this one, you're missing out.

Your concept of standup comedy was undoubtedly formed by Comedy Central Presents, which made its debut in 1998. Foregoing the theatricality of the hourlong-plus HBO specials or concert films, Comedy Central's series showcased digestible, half-hour chunks that felt more akin to a legit comedy club experience. The first season had a murderer's row of talent, including the pictured Marc Maron, the first-episode-starring Wanda Sykes, and the legendary Mitch Hedburg.

Sugar. Spice. Everything nice. A vat of Chemical X... wait, what was that last one? Boasting vibrant, saturated colors and a breakbeat-heavy soundtrack, The Powerpuff Girls crossed the adolescent gender divide and gave us three of the coolest superheroes ever to grace the small screen. The revival series works, too!

Why? Why would we subject children to such nightmarish, uncanny valley straddling, low budget CGI? Jay Jay The Jet Plane aims to be a gentle show for tots in the vein of Thomas The Tank Engine, but wound up being "David Lynch For Kids." Raise your hand if your childhood was permanently scarred by this one.

Both progressive in its depiction of gay leads and comforting in its old-fashioned multicam sitcom charms, Will & Grace was entertainment that reached across the aisle, offering something for everyone. It's bubbly, champagne television that continues to reach similar must-see-TV heights in its current revival series.

Before revitalizing a beloved space franchise and pulling a Beyonce on Super Bowl Sunday, J. J. Abrams co-created this sensitive TV show about a young woman's journey across the country to attend college in New York. Felicity continues to be well regarded; Time Magazine named it one of the 100 best TV shows ever made.

Ever stay home sick from school or work? Then you've likely plowed through a couple bleary-eyed episodes of Judge Joe Brown, featuring an incredulous and often cantankerous judge ruling on all matters of TV-ready cases. Ironically, Judge Brown has come into legal issues of his own after the show ended.

If you were anything like me, you rushed home from school each day to see what videos made the top ten on MTV's Total Request Live. Anchored by the charmingly wooden Carson Daly, TRL was the launching pad for late-90s/early-2000s pop culture touchstones like Eminem, boy bands, Britney, nu-metal, and even Tom Green.

Hey girl. Do you like Ryan Gosling? Then you better pay your respects to Young Hercules, the prequel to Kevin Sorbo's take on the mythical character. The show helped cement Gosling's current status as a sensitive matinee idol, a handsome star who also makes you think. Just don't watch for it Greek mythology accuracy.

They didn't want to wait for their lives to be over, but they did want to get into all kinds of teenage problems, with deliciously drama-filled results. Dawson's Creek was a cultural phenomeon, launching the career of Katie Holmes and providing the backbone of James Van Der Beek's increasingly meta career.

The '90s were a time of pop culture postmodernism, of shoving everything together with no reverence. No show typified this approach more than Celebrity Deathmatch, MTV's ultraviolent claymation sports comedy. Celebrities were pitted up against each other to, well, fight to the death in outlandish, gruesome ways -- all under the watchful eyes of Judge Mills Lane.

You've heard of #squadgoals, but may I propose #familygoals? The Wild Thornberrys lives this (admittedly made up) hashtag full tilt, as the titular family traverses through the wilderness with love and care. Plus, it features the delightful voice talents of Tim Curry, of whom there is no equal.

"Alone in the world is a little Catdog." So goes the catchy (and, frankly, sad) theme song to this Nicktoon, the comedic explorations of a scientific abomination. Cat is stuffy and snobby, Dog is gregarious and loose. If they can get along for four seasons, we as a species can do anything.

Two Guys, A Girl And A Pizza Place

If you look up "smarm" in the dictionary, you might find production stills from Two Guys, A Girl And A Pizza Place (later rebranded Two Guys And A Girl). The show helped launch the careers of Ryan Reynolds and Nathan Fillion, who happen to be best known for playing characters with various degrees of smarm. If you want a look at what TV execs thought "gen-X cool" was, give this show a revisit.

MTV wasn't all music videos and celebrity deaths in the late '90s. They also ushered in one of the most sensitive, diverse, and best documentary series ever aired: True Life. Each episode centers on a different, generally unseen faction of society, and organizations like GLAAD continue to take notice.

Sex And The City

Both frivolously fun and quietly revolutionary, Sex And The City brought a level of frankness and authenticity in the discussion of female sexuality heretofore unseen. The show helped put HBO on the map well before The Sopranos, and also made every group of four friends play "Which Sex And The City character are you?"

The Sifl And Olly Show

If you like Adult Swim, glitchy Internet comedy, or pretty much any podcast, you owe a lot of thanks to The Sifl And Olly Show. Created by multi-hyphenate Liam Lynch, the MTV show featured a surreal world of sock puppets trading comedic non sequiters and songs with a public-access-on-acid aesthetic aped by creators for years to come.

Whose Line Is It Anyway?

If you're a comedy snob, I know the British Whose Line is older. But the American import, hosted by Drew Carey, was a bonafide cultural gamechanger, introducing the lexicon of the normally inside baseball world of improv comedy into the mainstream. Hot Take: Without Whose Line Is It Anyway?, there is no Judd Apatow.

Known now for being the President's morning routine, Fox & Friends combined morning show friendly chatter with, um, right wing talking points and biased viewpoints of objective news. I could get into how this show was the harbinger for the societal mess we're in right now, but instead I'll say this: Steve Doocy hasn't aged a bit.