Video Game Characters Everyone Hates But Who Are Actually Awesome

Jimmy Pember |May 2, 2018
Video Game Characters Everyone Hates But Who Are Actually Awesome May 2, 2018 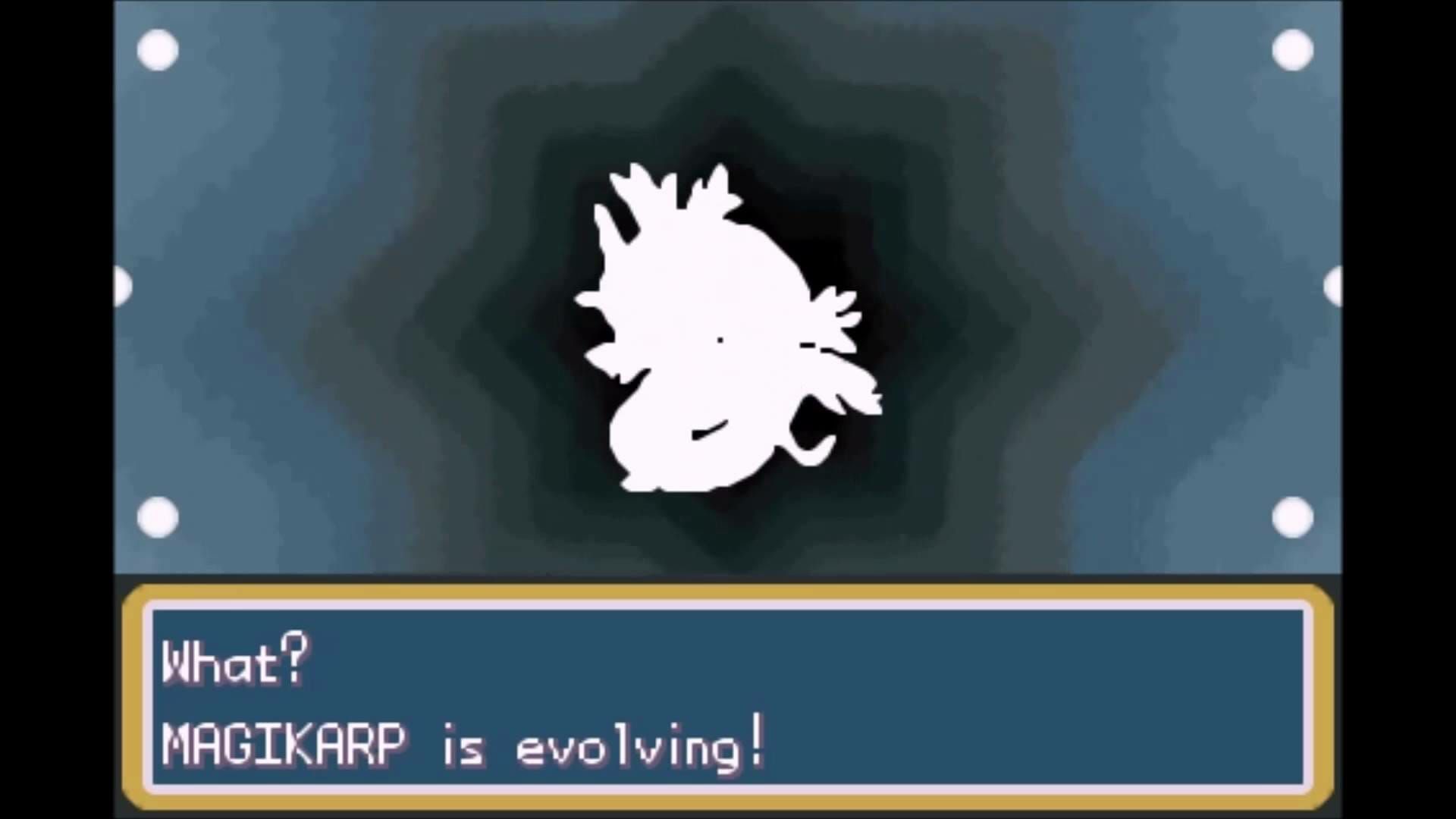 Video game characters everyone hates but who are actually awesome

In Soul Calbur 2, there’s no shortage of strange characters to choose from. But Voldo is downright creepy. His voice is a rattle-like rasp, he’s covered in bandages (including over his blind eyes), and he’s crazy flexible. And did we mention the enormous metal claws? But if you’re the one in control, he’s totally rewarding to play as, whirling around like a human buzzsaw.  His moveset is hard to predict since he’s so fluid, and he’s pretty powerful. The creep factor is just a bonus.

There are many characters in the Final Fantasy series who are initially weak, but later reveal themselves to be secretly mighty. White mages especially follow this arc, as much of their big damage magic like Holy doesn’t come until late in the game. But Yuffie is the most annoying character at first by far, as she steals all of your materia, some money, and attacks you. You have to choose the right dialog options upon beating her to get her to join your team. She’s a strong but frustrating character for sure.

The Legend of Zelda series goes back to the days of the original NES. But Tingle, the human who thinks he’s a fairy, didn’t appear until the Ocarina of Time. And while he’s little more than a sideshow attraction in that entry, he more than makes up for it in Majora’s Mask. In that game, he sells you maps to each location, which is amazingly useful. You also get to meet his judgmental dad, which garners him a little sympathy. Koo-loo-lim-pah!

Toad is a mainstay in many a Mario game, since he’s the retainer to Princess Peach. He first appears in Super Mario Bros. But he’s upgraded to one of four playable characters in Super Mario Bros. 2. He’s shorter and stronger than the rest, and runs a little faster. But the downside is he jumps like a lead brick. Also the little dude developed an annoying voice in other, later games, and grew prone to yelping. But he’s still got his charms  and has the Princess’ best interest’s at heart.

Tick Tock, or T.T. for short, is the living stopwatch whose voice guides your journey through Diddy Kong Racer. He’s the fastest character in the game by far, and has the best handling as well. But he’s only accessible if you complete the notoriously difficult Time Trials on every single level. It’s a tough challenge. And since there’s nothing new left to do once you’ve unlocked him, his awesomeness is only overshadowed by his uselessness.

The Medusa Heads in the Castlevania series are well known for being super annoying. They simply float from side to side in predictable patterns, but they tend to come in packs. And one touch will turn you to stone, and they’re invincible, making climbing up the bell tower an almost impossible feat. Careful timing and quick reflexes are required to dodge them all. These mythic creatures are awe-inspiring for their raw power.

The Guitar Hero games used to be all the rage, and the third entry might be the best. You can face off against Tom Morello, Slash, and even the Devil himself, AKA “Lou.” Ol’ Scratch is no slacker, and he’s a wonder to behold shredding “Devil Went Down to Georgia.” But after the first dozen or so times you’ve heard half the song and failed, you’re probably ready to hear the B-side. But if you’re up against the Devil, you must already be in Hell. Some players chose to abandon all hope rather than continue losing to the fiendish fiddler.

Tetris is a timeless puzzle game, enduring in its simplicity. And the four-long brick piece is either your best friend or worst enemy, depending on the timing. You can always stick it off to the side, but one wrong adjustment and your game is screwed beyond repair. But if you can find the perfect placement for that key piece, you can unlock the coveted four-line clear. That’s the best way to get the big points.

Tails is a fox with two tails. He uses them as a propeller, and flies all over the screen. Sure, he’s a little annoying, and he’s always following Sonic around. But c’mon! He can fly! His real name, it turns out, is Miles, and “Tails” is just a nickname. For those who preferred Sonic’s edgy attitude, Tail’s more innocent nature stood in stark contrast. But we’ve got a soft spot in our hearts for the little critter.

Metal Gear Solid was a beloved game, partly due to its star, Solid Snake. So when the sequel came out a few years later, fans were excited to play as their favorite character. Just one problem – the developers made the first half of the game about an entirely different character, Raiden. His blonde hair and youthful pluck set him apart from the dark-haired, battle-weary Snake. And though Raiden was pretty great in his own right, and you could play as Snake a little later on in the game, the new guy still earned the ire of many a righteous fan.

Video Game Characters Everyone Hates (But Are Actually Awesome)

Before the days of online gaming, there were LAN parties. And before LAN parties, there was console gaming. Four friends gathered around an N64 copy of Goldeneye was a pretty common sight in the mid-nineties. The Bond movie was OK, but the game was legendary for its multiplayer first-person shooting. And Oddjob was undoubtedly the most awesome character. He was shorter than the rest, so other characters would naturally shoot over his head. This led to his being unofficially outlawed in many friendly games. He was too awesome, and thus, hated for it.

Master Hand is the big boss of the Super Smash Bros. series. The whole concept of the game centers around a kid playing with his toys, making his favorite character fight. The hand is supposed to represent the hand of the kid, but he definitely doesn’t wear kid gloves. Master Hand flicks, grips, and crushes with reckless abandon. But with a little perseverance, you can take down the master in one fell swoop.

The Pokemon Magikarp is pathetic. He has one attack, Splash, which doesn’t do anything, literally. But deep inside the little fish is the seed of a giant sea monster. If you manage to level Magikarp high enough, he’ll evolve into Gyrados, a terrifying water snake with super powered attacks. It’s worth the effort, and helps elevate Magikarp from awful to awesome.

The Super Smash Bros. games eventually had an overwhelming number of characters. But the first round for the N64 has a fairly manageable roster. There were only 4 bonus characters to unlock, and the first one you got was Jigglypuff the Pokemon. At first, not exactly much to get excited about. But if you could pull off Jiggly’s special Up-B sleep song, followed by his Down-B rest attack beside your opponent, they’d go flying. It’s a devastating one-two combo from the pint-size prince of puff.

Lord of the Rings

The EA games based on the Lord of the Rings movies were fun, action-packed romps through the various set pieces of the films. The battle in Helm’s Deep was especially intense, featured in the Two Towers game. However, it’s less intense and more infuriating to have to square off against the Suicide Orcs you find there. They rush at you with bombs strapped to themselves, deadest on taking you down as well. But his commitment is pretty remarkable.

There are few foes more powerful in the Zelda universe that the Iron Knuckle. Across all of the games, this guy has consistently packed the most armor and the strongest sword swings of any of Link’s many opponents. It’ll take some time to wear him down, with lots of well-timed rolls and slashes. But eventual victory, once it’s yours, is so, so sweet.

Cruisin’ USA was a super fun racing game for the N64. There were a few special vehicles you could unlock, from a Jeep, to a schoolbus. You could even open up a police car with a really high top speed and quick acceleration. But the cop car also came with a siren that could be really annoying in the wrong hands. It could even make you hate this awesome vehicle if you weren’t in the driver’s seat.

Goro is the four-armed boss at the end of the original Mortal Kombat. Those extra arms seem to come with extra power too. Needless to say, he packs a punch, and it’s a bummer getting pummeled endlessly. Plus he can block almost anything you throw at him. But that power is on your side in the later games in the series when you can control the fearsome fighter.

Dhalsim is one of the combatants in Street Fighter 2. He spits fire, and has an assortment of yoga moves he can do to inflict damage on his foes. His arms and legs even stretch across the screen to knock his opponents around. It’s pretty unnerving to see, but it’s great if you’re the one pushing the buttons and calling the shots. The repeated calls of “Yoga Fire! Yoga Fire!” might just be music to your ears.

Diddy Kong is Donkey’s cousin, or little brother, or nephew, or something. We’re not really clear on the lineage. But the little monkey is considerably more obnoxious than his gorilla relative, that’s for certain. He wears a ballcap and scurries along in DK’s shadow, chirping periodically in his chimpy chatter. To his credit, though, he’s a little bit faster than the big Kong, which makes him the better option for long-distance leaping.

The Tonberry in the Final Fantasy games is a weird little guy. He tends to wear a brown robe, and slowly advances toward the players. You’ll hit him again and again, but he’ll likely just keep coming. And once he gets close to you, STAB! His knife comes out of nowhere, and leaves you in a heap on the ground. Brutal. However, in FFVIII, you can summon King Tonberry to stab on your behalf. Awesome!

Halo for the original X-Box was a total game-changer. Not only did it revolutionize multiplayer gaming, it had a killer single player campaign as well. Your first enemies are the Grunts, not exactly worthy opponents as their name implies. But their commanders, the Elites, are another story. It’s not enough that they can shoot you between the eyes from across the map. They can also go invisible, stab you in the back, and chortle with glee as they continue to taunt you post-mortum. Players hate them, but gotta admit, they’re pretty awesome too, and you can even play as one in Halo 2.

Bowser, or King Koopa, is Mario’s nemesis, his worst enemy. He’s a giant turtle with red hair and spikes covering his shell. Also, he can breathe fire and swipe with his sharp claws. But in Mario Kart 64, its his weight and high top speed are his weapons of choice. No one’s faster or heavier than the turtle king, and it’s awesome to be the one controlling him instead of having to face him.

Mario Tennis came out for the Nintendo 64 and changed the landscape of tennis games. Baby Mario first appeared in Super Mario World 2: Yoshi’s Island, and all he did there was cry. Oh, and he gave poor Yoshi major back complications, no doubt. But in Mario Tennis, he’s lightning with a bottle! Still, it’s hard to get the sound of his piercing cries out of your head.