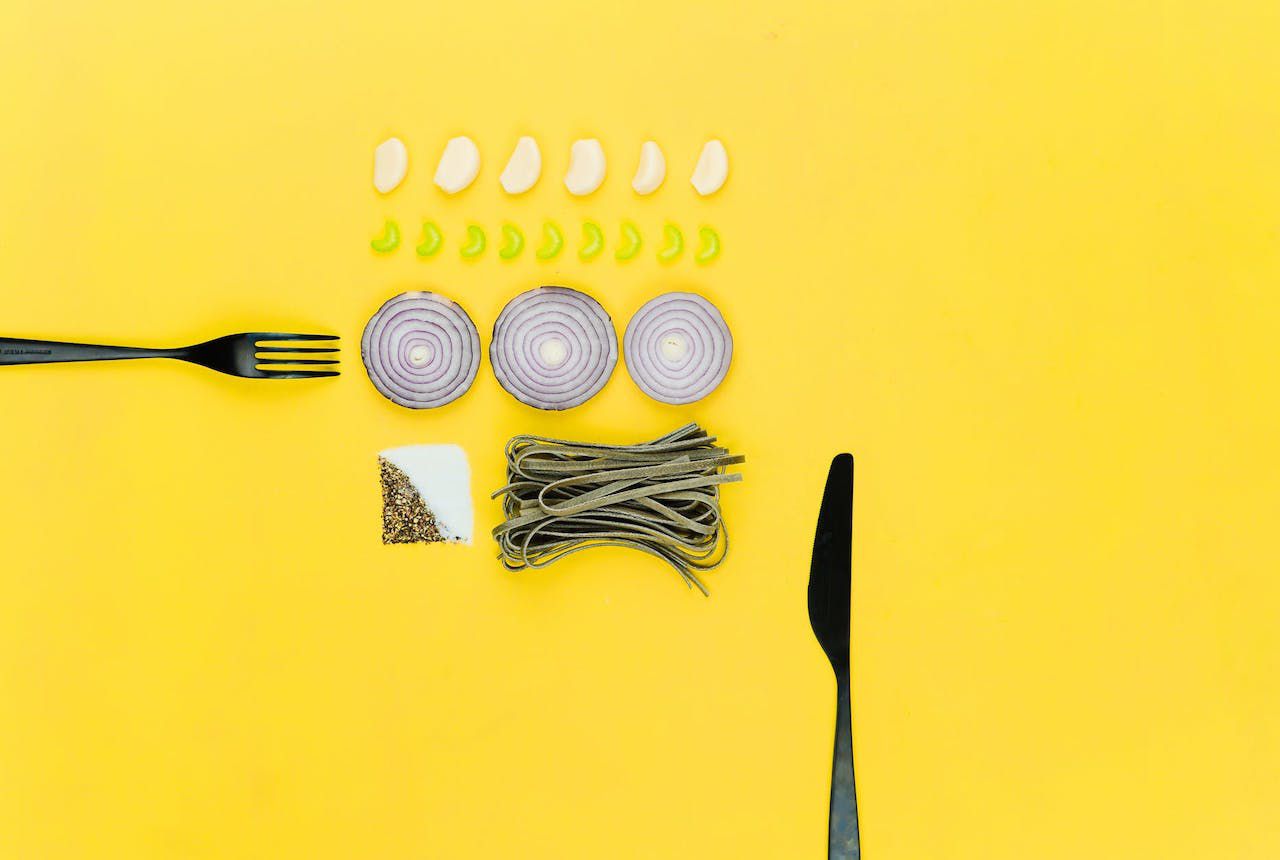 You’ve watched a lot of 5-Minute Craft videos. So you know how to make an ice cream sandwich from a full pint. Or how to use a hair comb to make cutting easier. Or how to turn any fruit into a portable spritzer just by shoving a spray top into it. But these are the food hacks you may not be aware of. So they just might completely change your kitchen game.

Get More from Your Corn Cob

The real trick to eating corn on the cob is to use your hands instead of your teeth. First, clear a row of kernels, then using your thumb, push a row of kernels toward the empty space. It pulls the corn clean from the cob and completely saves you from a desperate search for floss.

[dx_custom_adunit desktop_id="RTK_K67O" mobile_id="RTK_5yk0"] If you want to know whether or not to toss that carton in the fridge, just do a quick float test. Drop an egg into cold water. If it sinks to the bottom and lays flat on its side, it’s fresh. Standing on one end at the bottom means it’s a few weeks old but still good, but if it floats, it’s time to throw it away.

If you’ve got a spice or coffee grinder that could use a good cleaning, and you don’t want to sacrifice your hand to the blade gods, try white rice instead. Just grind a few spoonfuls to clear out any leftover spices or coffee oils.

All you need is a sealable hard container that’s a lot bigger than the garlic you want to peel. Throw the cloves in, shake it as hard as you can for 15 to 30 seconds, and voila: perfectly peeled.

Save Your Iced Coffee from Dilution

[dx_custom_adunit desktop_id="RTK_K67O" mobile_id="RTK_5yk0"] Making iced coffee at home is a great way to save some extra money, but if you aren’t downing it before it becomes a watered-down mess, it could feel not at all worth it. That is, of course, unless you’re freezing some of that stuff in ice cube trays to use as its own ice cubes.

The problem with berry pie (or galette) is that it can get real soggy and runny, real quick. But tossing the berries in a little corn starch before adding them to the pie will help soak up any extra juice that tries to escape in the oven. Adding cookie pieces to the bottom of your galette does it too.

Pie crust is a finicky thing. You need to incorporate cold butter to a point that it’s evenly spread throughout the dry ingredients, but getting there before it melts is nearly impossible. Enter frozen butter and a cheese grater. Trust us, it’ll change your life, and your pie.

Speaking of Freezers (and Ice Cream)

[dx_custom_adunit desktop_id="RTK_K67O" mobile_id="RTK_5yk0"] If you’re one of the few people out there who can manage to keep a pint of ice cream around for longer than a single sitting, you’ll know the tragedy of freezer burn. You can keep your dessert intact, though, just by storing it upside-down.

Ginger isn’t one of those ingredients that you can simply take a vegetable peeler to. What you can do, however, is take a regular old cereal spoon to it. It removes the outer skin quickly and easily.

If you’ve been holding a Microplane over a bowl and moving citrus fruit over the top of it (like we have until today), there’s an easier way. Just turn the Microplane upside down and move that over your citrus. The zest will catch inside the Microplane.

[dx_custom_adunit desktop_id="RTK_K67O" mobile_id="RTK_5yk0"] We’ve all made some questionable decisions when it comes to buying alcohol, and we’re sure you’ve seen your fair share of Popov bottles, too. If you’ve got a spare water filter lying around, though, you can run that cheap stuff through it 4-5 times for a vast improvement.

Short on baking tins, but feeling the urge to whip up a few mini soufflés? By cutting off one end of an orange and hollowing it out, you’ll have created your very own individual dessert vessel.

Make a Panini on the Cheap

Sandwiches are delicious, and hot sandwiches are even better. Problem is, panini presses don’t come very cheap. But clothing irons sure do, and they can 100% be used to “panini” your sandwiches in a pinch.

[dx_custom_adunit desktop_id="RTK_K67O" mobile_id="RTK_5yk0"] There’s no need to spend extra money on specific sugars for those holiday cookies. For powdered or baker’s sugar, just use a blender; brown sugar can be made by adding one tablespoon molasses to one cup white sugar.

With the holidays upon us, getting that perfectly fluffy batch of mashed potatoes on lock is a top priority. Turns out, you don’t need to add any extra butter or cream to your recipe — just sprinkle a pinch of baking powder over them before you mix them.

Start by running a knife around the middle of the potato until you’ve made a small incision all the way around. Then boil them like you normally would, and when they’re done, you can pull the skin right off from either side.

[dx_custom_adunit desktop_id="RTK_K67O" mobile_id="RTK_5yk0"] So you decided to throw an entire scotch bonnet into your favorite chili recipe without thinking of the consequences (okay, maybe not, but jalapeños can be pretty rough, too). Your best solution? Something sweet: think honey or sugar, specifically, but any sweet veggies (like tomatoes) will help, too.

And If That Dish Is Too Salty…

Because you got a little overzealous with the seasoning, or the lid to the salt shaker came loose. All that’s needed to remedy your dish disaster is a raw, peeled potato — throw it in before cooking, and it’ll absorb the excess sodium.

The number one way to ruin a perfectly good sandwich is to try and put your delicious between bread ingredients on a couple of sad, squished slices because you don’t know how to cut bread. And that’s starting from the soft bottom side.

[dx_custom_adunit desktop_id="RTK_K67O" mobile_id="RTK_5yk0"] If you’ve got a recipe that calls for juicing lemons, there’s no reason to buy three of them for two tablespoons of liquid. Just pop them in the microwave for 20 seconds. You’re guaranteed to get nearly 20% more juice out of them.

Stop Wrestling with Your Mangos

Mangos are notoriously difficult fruits to prep, if you don’t know the proper way to go about it. But you can break one down in no time just by cutting it in half (on either side of the stone) and then slicing it in a criss-cross pattern. When you invert it, you’ll have easy to cut mango cubes.

If you’ve got a fridge full of produce on its last legs, think in terms of raisins. You can get a few more weeks out of hard-fleshed fruits and vegetables by chopping them, blanching them in a boiling liquid that’s equal parts sugar and water, and then baking them at 175º for 6-10 hours.

The Key to Crispy “Fried” Onion

[dx_custom_adunit desktop_id="RTK_K67O" mobile_id="RTK_5yk0"] All you need is a bowl, some oil, and your thinly-sliced onions (or garlic or whatever). Stick the bowl in your microwave on high for two-minute increments, stirring each time, until they’re golden brown and ready to snack on.

You may already know about cutting and freezing bananas for future smoothie use, but what if you just want to keep the actual fresh fruit… fresh? Wrap their stems in plastic wrap, and they’ll last up to five days longer.

If you don’t know how you’ll ever get through the six dozen batches of cookies your mom care-packaged to you this season, try storing them in a bag with a slice of bread. The cookies will pull the moisture from the bread, keeping them soft and chewy for days.