How Do We Get Delicious Chocolate From Cacao Pods?

Camila Villafane
How Do We Get Delicious Chocolate From Cacao Pods? January 28, 2019 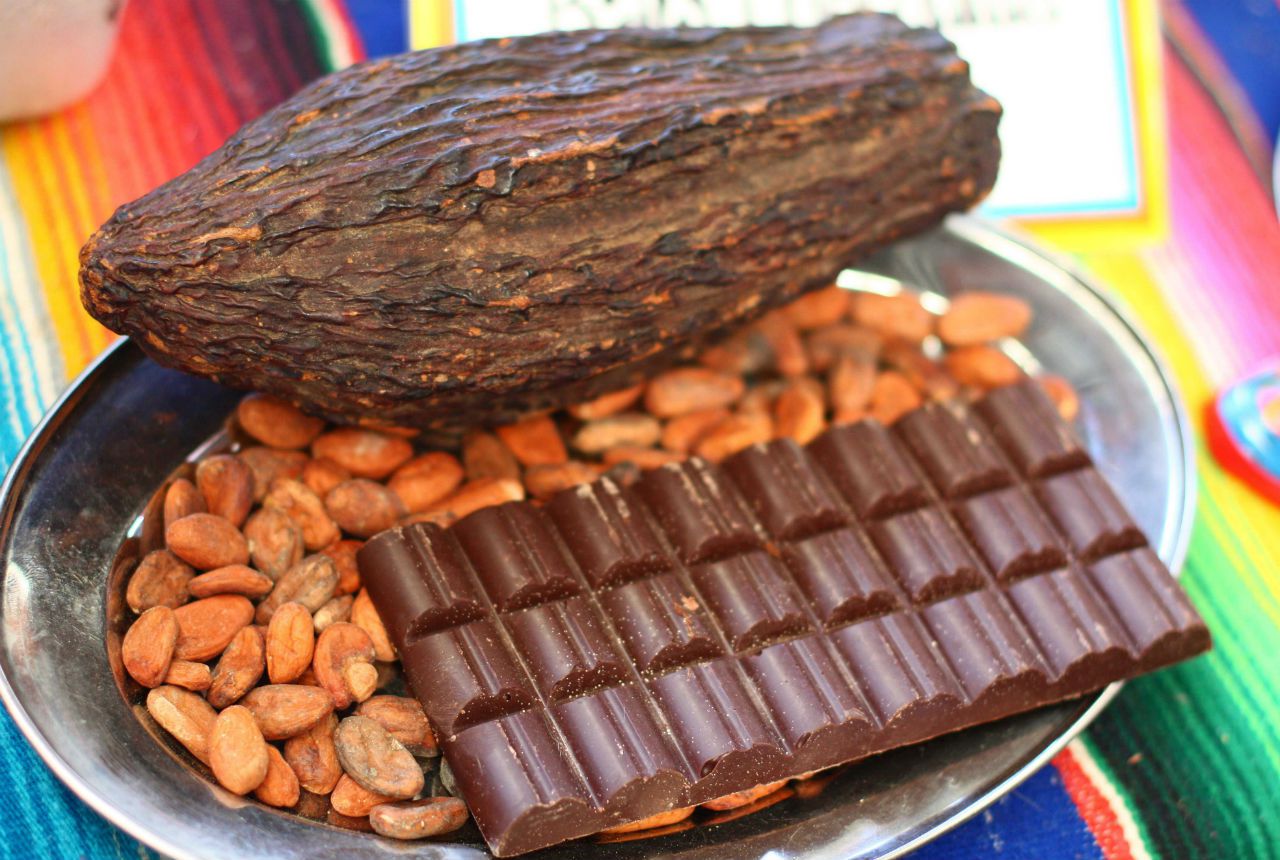 Chocolate is so delicious. So it's hard to fight a powerful addiction to it. But wouldn’t it be cool if we could make our own chocolate bar? Well, a YouTuber has shown us how to make chocolate from nasty cacao pods. He's Gabe Humphries from the Hawaii Institute of Self-Reliance.  But a warning: The process isn't a total piece of cake. Yet it's definitely something anyone could do at home, provided they had all the ingredients.

Chocolate is simply irresistible! It makes us feel good when we’re feeling down and helps us deal with breakups, loneliness, and pretty much everything else life throws at us. It’s probably why we find it impossible to turn our backs on it. Not that we have a choice.

It’s a safe bet that pretty much everyone you know is a little addicted to chocolate, and there’s a reason behind that. Our brain treats it like a controlled substance. When we eat chocolate, our enkephalin triggered opioid receptors kick in and our brain tells us we want to eat more.

The chemical and emotional appeal of chocolate isn’t something new either. The Aztec empire once used chocolate as currency, and the Spaniards used to keep its tasty powers a total secret. But now we’re total chocoholics. But you can’t have sweetness without some bitterness, right?

There’s a stimulant within chocolate called theobromine, which gives this incredible treat a bitter taste, but this explains a lot given that you make chocolate from nasty cacao pods. Who knew something so tasty could come from something so yucky?

Cacao pods are the raw products that make up the chocolate in your favorite candy bar or cocoa in its various forms. But the cacao beans themselves are found inside the pods, which grow out of the cacao tree’s trunk. The pods contain anywhere from 20 to 40 seeds within its sweet and sour pulp. And it’s easy to do if you follow the right steps. But how difficult would it be to make your own chocolate bars?

Patience Is A Virtue

It takes about 7 to 14 pods just to get one pound of beans. And while the tree itself bears fruit all year long, the best time to harvest them begins during the rainy season. But it can take up to six months for the cacao pods to ripen, so you'd have to be patient. The reward will be worth it.

You Reap What You Sow

Cacao contains nitrogen, fiber, and caffeine. In its raw state, it can be one of the richest sources of magnesium and antioxidants. But it also contains 40-50% fatty matter, which explains why we’re so afraid to eat it when we’re on a diet. But how do you know which cacao pod to pick? YouTuber Gabe Humphries explains how he selects the cacao pods and makes chocolate, step by step.

First things first! Humphries suggests you should check and see if the cacao pods are ready. To do this you’ll have to shake them like maracas during Dia de los Muertos. If you hear the seeds rattling around in there, then they’re ready. But what if the pods are still on the trees?

You obviously can’t shake the pods if they’re still on the tree. And if you pull the pod out and they’re not ready, then it becomes useless. But you can scrape the skin of the pod on the tree and if there’s no green, then it’s ready to be picked.

There’s a third way to tell if the pods are ripe by looking at the development of the ridges. If it’s different then you know it’s ready to be picked from the tree. Now, you can get started on this totally delicious project.

Making your own chocolate sounds really cool, and once we tell you how it's done, you’ll slap your forehead for not knowing this sooner. But save that rage and energy because you’ll need it for the next step...you know, if you're actually thinking of trying this at home.

Grab a hammer and crack open the cacao pods in the middle. Then you'd need to scoop out the beans and put them in a cooler to ferment them, which should take about five days. But make sure the temperature in the cooler stays at about 120 degrees.

You want to make sure that when you put the beans inside the cooler, you’re only putting the beans. Don’t put any of the grit, sand or any of the rhine. You don’t want the beans to be sprouted either. So, keep an eye out for that.

To help the fermenting process along you can add some live vinegar bacteria, probiotics, and some yeast to the beans in the cooler after the first day. You can raise the temperature too by adding a hot water bottle inside the cooler. Don’t forget to drain the excess juice from the cooler every day by doing this.

You’ll need to put a grill at the bottom of the cooler and then put the seeds on top. This will help collect the juice from the beans easily. In three days, you’ll have what is called a dry fermentation, which should have a sweet vinegar smell.

On the second or third day, you’ll add some yeast and a little more vinegar to continue the fermentation process. But keep draining the excess juice. And whatever you do, don’t let the seeds ferment beyond five days or they’ll smell rank.

Besides draining, mix the beans twice a day.  Once the fermentation is complete, lay the beans out to dry. Don’t worry if they stink. Once you roast them, the vinegar stench will go away.

Now that the beans are dried up, separate the inside of the bean from its outer shell by cracking it open with your thumbs. Once you’re done, use a juicer and a fan. Throw the beans in the juicer. Then fan will blow and separate the parchment from the beans as they come out from the bottom.

Then you put the beans inside the oven at about 370 degrees Fahrenheit. But keep an eye on it. When it starts to smoke and turn a dark color, your nose will tell you if it’s done or you’re overcooking them.

You’ll need to gather your ingredients which will consist of five and a half pounds of nibs, one vanilla bean, four ounces of cacao butter and about four grams of soy lecithin. Then heat it up to activate the vanilla bean and melt the cacao butter.

Now you'd need to let the chocolate spin inside the grinder for about 12 hours. But if you want smoother chocolate, you can let it run for a little longer. Or you can grind cane sugar in a coffee grinder and it will infuse better with the liqueur.

Check the temperature with a thermometer. It should be 95 degrees Fahrenheit. Once you have that number. add the seeds. That’s one method of tempering the sugar. Then add cacao butter. This starts aligning the crystals, so the chocolate can be tempered. Just make sure you stir it well.

Then mix it up, take out the stone, and pour into a mold. Once they cool, take them out of the mold and trim the excess from the sides. Then use a spatula to place each bar in tinfoil and wrap it up. And Voila! After all these steps, you'd have your very own chocolate bar. Who knew you could make chocolate from nasty cacao pods?