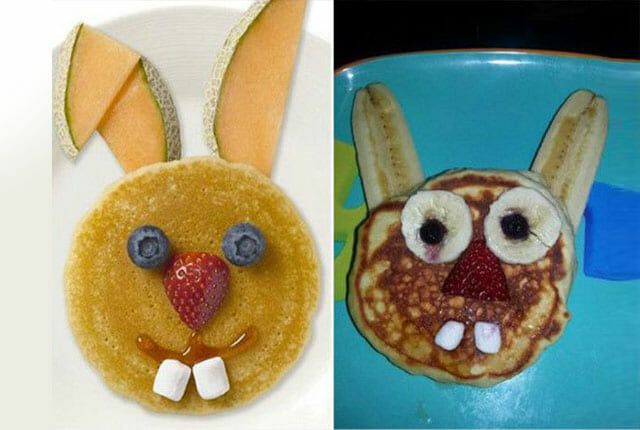 If you can't feed yourself, then how do you expect to survive on your own? Now that's one question we'd like to ask these Pinterest users who posted some of the biggest Pinterest cooking fails ever. If failure in the kitchen was a skill, these people would be complete pros.

These stained-glass cookies would have looked cool if you would've followed the recipe right. But the end result looks more like a bunch of overcooked pizza rolls.

You've just given up, haven't you? It's OK. You don't have to admit it. These cinnamon rolls show your lack of ambition. Now get motivated or stay out of the kitchen.

Vegan, We Have A Problem

The problem with this vegan pasta is that if you keep making it like this, everyone's going to want to go back to eating meat.

I guess this is what Henry Selick was trying to express when he made "A Nightmare Before Christmas." Way to traumatize your kids, Betty Crackhead.

If those are cookie bowls, then you must have had butter fingers and dropped them on the floor. If not, you should have. That way there'd be an excuse not to eat them.

Get Off The Train

That meatloaf train looks like a snake that slithered into the wrong tent and lost. Don't be shocked if your family tosses those thing at you in frustration. It's totally understandable.

Raining On Our Parade

Are those rainbow pancakes supposed to show support for equality? It looks more like you're actually trying to sabotage the cause.

If you ever needed a reason to go on a diet, then this cake will sure do the trick.

Reeses, Where You At?

Reese's mini-cupcakes? Sounds yummy, but they look like a piece of something else. What'd you think was going to happen to the chocolate, genius?

How do you keep a cake with a Kit-Kat fence from looking like a mud slide? Easy: Use plastic wrap. It's not like you're planning on winning any prizes.

Did it look this way when it came out of the oven or did your dog have to trample on it a couple of times before you shamelessly served it to your family?

You're supposed to throw water on the wicked witch, not on your s'mores. Now this is what you get when you try to enhance a traditional treat with chocolate chip cookie dough.

So long, shark cupcakes. It looks like you've been replaced by a zombified dolphin. Way to tell the kids at that birthday party to go f---- themselves.

Looks more like a train wreck. It's a good thing Betty Crocker is a fictional character, or she would have had a heart attack over this.

You know what Buzz Lightyear would say about this cake? "You're annoying me now." Looks like you're light years away from mastering the basic concept of baking a cake.

Somewhere out there, every turkey is just gobble-gobbling for you to give up your apron and get out of the kitchen. Now, can someone please put this turkey cookie out of its misery?

Yeah, tell me again that those are supposed to be some of the most beloved characters on Sesame Street. Maybe if you opened their caskets after they're gone, they would be.

Quick! Someone grab some holy water and splash it on that thing! It looks like the Marshmallow man from "Ghostbusters" has taken over this culinary work of crap.

Did they actually read all of the instructions on the recipe? Weren't these supposed to be bread bears? So, how in the hell did they wind up with bread snails?

When Pinterest suggested that you try something bold and daring in the kitchen, they didn't mean that you throw the ingredients into a pan from a 5-story building. Just sayin'.

You must've been trying to cook some adorable bunnies for Easter, but these evil-doers couldn't help but let their true, Satanic colors shine.

It's The Thought That Counts

If it's the thought that counts, then I'm thinking you should stick to ordering takeout. Some people were meant to be skilled in the kitchen. You are not one of those people.

Those strawberries were made to order? Well if you were trying to bump up the creep factor for Halloween, then mission accomplished.

We're pretty sure these chick cake pops would have been delicious if you hadn't dropped them on the floor and stepped on them. Oh, you didn't? This isn't some ironic Halloween party treat? Wow.

This awful monstrosity is the perfect birthday party treat... if you're looking to slowly humiliate your kids with your "art."

The award for "best cook" goes to... not you. It's obvious you really didn't have any passion to make these sweet chicks cracking their eggs.

Guess what. The creators of "Sesame Street" have successfully sued you for defamation of one of their beloved characters. In lieu of paying damages, you've been ordered to eat every last one of these cookies.

Wow. My condolences. I'm assuming the whole kitchen burned out, and your last shred of self-esteem went out with the blaze, right?

Despicable me? What about you and your skills as a baker, or lack thereof? Who hired you to make this sad-looking Minion cake, the creators of "The Walking Dead"?

Do you ever get that sinking feeling in the pit of your stomach? If so, chances are good someone fed you one of this ugly-ass rubber ducky cupcakes. They do make for a perfect Halloween treat, though.