“Batman: The Animated Series” Episodes That Are, Like, Way Too Dark For Kids 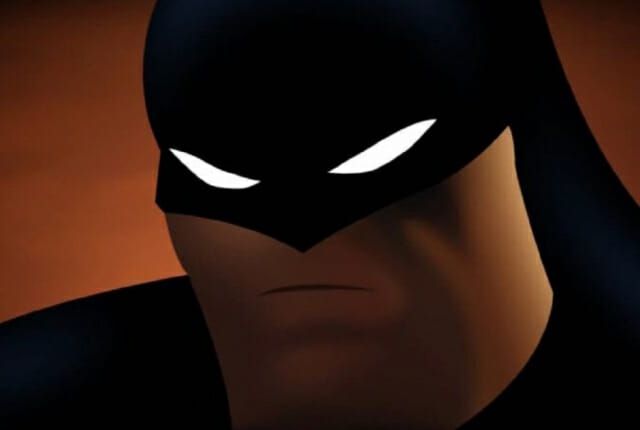 What are the darkest Batman The Animated Series episodes?

In 1992, a group of artists and writers made history. The first episode of Batman The Animated Series aired. And it completely shifted the way we look at superhero narratives. It also garnered critical acclaim and Emmys for its art deco production design. And for its pitch-perfect voice performances. And its dark storylines. But at the same time, it was still a children's show, just one that happened to get surprisingly real. So, do you want a particularly shadowy trip down memory lane? Then check out the darkest Batman The Animated Series episodes ever. How did these get past the censors?

The Man Who Killed Batman

If the big Bat's gotta go, it would be thanks to one of his regular villains, right? In "The Man Who Killed Batman", the would-be murderer is a meek criminal named Sidney Debris. Ever heard of him? Neither have the Joker nor Harley Quinn. They force Debris into the center of a perverse "funeral" involving a vat of acid.

[dx_custom_adunit desktop_id="RTK_K67O" mobile_id="RTK_5yk0"] This episode opens with Batman in a straitjacket, committed to Arkham Asylum. It only gets crazier from there. "Dreams In Darkness" takes advantage of Scarecrow's fear toxins to a chilling effect. In one sequence, Batman hallucinates the gun that murdered his parents. The barrel points straight at his head.

Picture a list for "things children's cartoons probably shouldn't talk about". Wouldn't you put "human slavery" near the top? Batman: The Animated Series ain't like other children's cartoons. "The Forgotten" plunges headfirst into an undercover mission gone awry. Bruce Wayne gets amnesia and performs slave labor with countless other prisoners. Luckily, there's a happy ending.

[dx_custom_adunit desktop_id="RTK_K67O" mobile_id="RTK_5yk0"] The Joker is terrifying because he breaks societal mainstays of order and sanity. In "Trial", he places Batman under "arrest" and puts him on a corrupt trial. In other words, he exposes the inherent flaws in our justice system. This episode sneaks under your skin with quiet horrors that crescendo.

A Bullet For Bullock

Ever praise Christopher Nolan for making his Dark Knight trilogy "crime films"? You better put some respect on Batman: TAS's name. "A Bullet For Bullock" is basically a corrupt cop picture in a superhero cartoon's clothing. How on earth could a child appreciate this episode's maturity? We're not sure, but we're glad the show's creators went for it.

This episode introduces Mary Louise Dahl, aka Baby-Doll. She's a child actor who suffers from hypoplasia. Her body stopped physically aging at age 5. As she arrested her other developments, she turned to crime. In other words, she brutalizes people with a cute voice and grin. The finale is unrelentingly grim. Baby-Doll empties a clip into a funhouse mirror reflecting what could have been.

[dx_custom_adunit desktop_id="RTK_K67O" mobile_id="RTK_5yk0"] The Joker is -- how do we put this diplomatically? -- pretty friggin'  nuts. Thus, only Harley Quinn hangs with him on the regs. Until "Be A Clown". The Joker takes advantage of an estranged relationship between Mayor Hill and his son Jordan. That's right -- this is an episode about The Joker seducing a small child with a life of crime and chaos. Pretty friggin' nuts.

If You're So Smart, Why Aren't You Rich?

When you think of The Riddler, you probably think of Jim Carrey hamming it up in Batman Forever. But we think the Batman: TAS depiction is his most arresting. Edward Nygma plots a very grown-up plan of revenge, corporate sabotage, and greed. The finale is gritty and ambiguous, with a closing image of someone (won't spoil who) frozen in fear.

I Am The Night

Straight up, this episode opens with Batman wishing he wasn't Batman. After Commissioner Gordon gets shot in a botched sting, Batman blames himself. He's even ready to give up the cape and cowl. Seeing him like this is heartbreaking, but refreshing. It's not hard to appreciate the episode's vulnerability.

[dx_custom_adunit desktop_id="RTK_K67O" mobile_id="RTK_5yk0"] "Feat Of Clay" introduces Clayface, aka Matt Hagen. He's a successful movie actor addicted to a face cream after a disfiguring accident. The episode tackles themes of addiction, fame, and repressed homosexuality. Plus, it culminates in a sickeningly rendered bit of animation fireworks. Our theory? The animators designed Clayface with this guideline: "Let's traumatize as many kids as possible."

Ever wonder where the boy wonder came from? In this hard-boiled melodrama, writers give Robin, aka Dick Grayson, two storylines. First, a flashback in which we see how he came to live with Batman. Then, a present-day narrative about an emotional, personal search for a criminal. This two-part episode features a disturbing close-up of a rope snapping -- and that's all we're willing to say.

Can we get pretentious for a sec? "Two-Face" is Batman: TAS's take on a Greek tragedy. Harvey Dent is a fundamentally good person with one flaw: an unhinged, anger-prone split personality. We then watch, alongside Batman, as this flaw consumes Dent. He transforms into the chance-obsessed titular character. The episode also dives into dissections of toxic masculinity and mental health.

[dx_custom_adunit desktop_id="RTK_K67O" mobile_id="RTK_5yk0"]
Time is the great equalizer. It comes after us with unrelenting speed and efficiency. Temple Fugate, the Clock King in question, learns this the hard way. Beyond being a villain, he's a man driven to insanity just because he was late. His screams are unshakable.

Clayface gets a direct sequel to "Feat Of Clay" in "Mudslide", and guess what? There's darker places to take the character! This episode depicts, in a borderline exploitative manner, an abusive relationship. Clayface lashes out at and then soothes his female companion Stella Bates. Also, you see Batman get smothered by disgusting, wet clay. Psychological and physical warfare -- you know, for kids!

Christmas With The Joker

Merry Christmas, everyone! What did Batman: TAS get you? A horrifying holiday episode. The Joker-hosted "Christmas special" features kidnapping and attempted murder. Although, if we're being real? The scariest part of this episode is Bruce Wayne not liking It's A Wonderful Life. That's a classic, dude.

[dx_custom_adunit desktop_id="RTK_K67O" mobile_id="RTK_5yk0"]
If you had the chance to destroy a place that brought you nothing but heartbreak, would you take it? Or would you try and turn it into something positive? Batman reckons with this impossible quandary in "Appointment In Crime Alley". The morally bankrupt businessman Roland Daggett announces his plan to eradicate Crime Alley. The episode ends with an image equal parts devastating and hopeful.

In a shocking turn of events, the Joker grants mercy to someone -- a normal civilian by the name of Charlie Collins. The catch? At any point of the Joker's desire, Charlie owes him a favor. The episode dives into one of the Joker's favorite topics. Charlie exemplifies the depths people will go through to save their own skin.

How's this for meta brilliance? Adam West, the first famous on-screen Batman, plays has-been actor Simon Trent. Bruce Wayne happens to have been a fan of Simon's depiction, the Gray Ghost, since he was a child. He even modeled the Batcave after him. A bombing spree based on a Gray Ghost episode spurs the episode's narrative. The script delves into obsolescence, what makes life worth living, and the horrors of being a fan.

[dx_custom_adunit desktop_id="RTK_K67O" mobile_id="RTK_5yk0"]
"I am vengeance. I am the night. I am Batman!" This line is iconic. It sums up the Caped Crusader's whole deal with poetic, macho efficiency. And guess what? It comes from "Nothing To Fear". In one of the series' most potent moments, Scarecrow's fear toxin causes Bruce to hallucinate his father telling him he's a failure.

What if Bruce Wayne wasn't Batman? What if he was just a normal rich dude whose parents didn't get murdered? In "Perchance To Dream", Bruce gets to live out this fantasy momentarily. He then realizes the horrors of the real world are never too far away.

Ever been tickled so hard you can't stop laughing or hurting? The experience is probably akin to getting blasted by some of Joker's laughing gas. Just, you know, multiplied by a million. "The Last Laugh" explores this paradoxically smiling horror. It features the particularly ghastly image of Alfred under the gas' spell.

[dx_custom_adunit desktop_id="RTK_K67O" mobile_id="RTK_5yk0"]
Here's the crown jewel of dark Batman: TAS episodes. "Heart Of Ice" turns Mr. Freeze into a figure of staggering pathos and terrifying humanity. If someone took what you love away from you, what would you do to punish them? This question motivates both Batman and Freeze. The razor-thin margin of difference in their answer makes this episode so compelling.