The Most Laughably Overrated NBA Players Of The 2017-18 Season

Zarouhi Mikaelian
The Most Laughably Overrated NBA Players Of The 2017-18 Season May 8, 2018 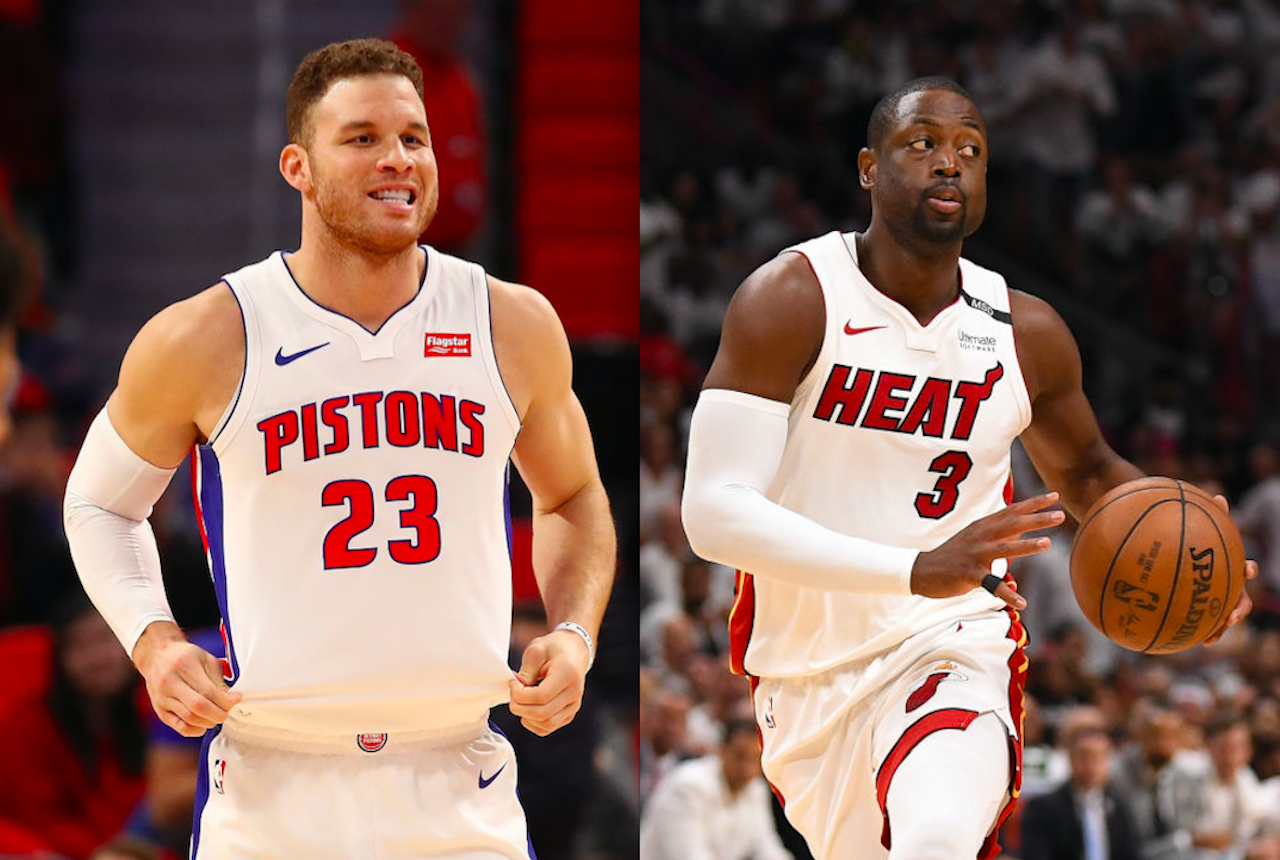 The season in overrated NBA players

No group in the NBA world is guiltier of overrating players based on past performance than NBA coaches. Just ask Tom Thibodeau. He's coached three players on this list, two of whom he  plays because they were pretty good back in 2012. Or Doc Rivers, the Clippers coach whose penchant for former Celtics or guys that used to beat his old team lost him his title as the Clippers' president of basketball operations. On second thought, don't ask those guys. Because they'll definitely deny their clear-as-day fetishization of the good old days. The days when Nate Robinson was lit and Derrick Rose wasn't depressing. Anyway, here's our list of the most overrated NBA players of the 2017-18 season. As you may have guessed, it's full of washed-up dudes whose coaches have way too much faith in them.

Somehow Tom Thibodeau thought his team without enough shots to go around to their top three players needed a guy who's only mission in life is to take (usually low-efficiency) shots. The 38-year-old posted a weak 51.9 true shooting percentage on a way-too-high 23.7 usage percentage. Of course, he gave the Timberwolves nothing on defense.

Fresh off signing a $52 million contract, Waiters responded by hoisting every shot in sight — and missing most of them, badly. According to Basketball Reference, Waiters had a 48.7 true shooting percentage, which measures shooting efficiency by factoring three-pointers, two-pointers, and free throws (the league average is about 55 percent), before his season was cut short by an ankle injury.

Yet another player hilariously overrated by his team and no one else, Billy Donovan's desire to watch Melo's masonry gave the 10-time All-Star the freedom to pave the Thunder's path out of their first-round playoff series against the Jazz with bricks. His legs just looked shot.

The $82 million man had a rough 2017-18 on and off the court. According to Basketball Reference, he posted his worst offensive box plus/minus and worst defensive plus/minus (-1.6 and -0.9) since 2011-12, his rookie season. He also averaged 5.8 points per game, the lowest mark of his career.

On both the Cavaliers and the Heat in 2017-18, Wade took way too much control of the offense for someone with a miserable true shooting percentage of 50, posting a 26.2 usage percentage. Even if we disregard his sorry defense, Wade was in the red in offensive win shares (-0.4) and offensive box plus/minus (-2.4).

Call it age or the loss of lob-tossing point guard Chris Paul, but Jordan took a step back as a finisher in 2017-18, shooting 64.5 percent from the field, his lowest mark in five seasons. More concerning, his block percentage plummeted to a career-worst 2.4, according to Basketball Reference, which is half his career rate.

Gasol's name was popular in trade rumors, but interested teams have to be glad they didn't pull the trigger. He shot an abysmal 45.6 percent from two-point range and a fine 34.1 percent from three, and his once-stellar defense took a step back; the younger Gasol finished with a defensive box plus/minus of 1.6, his lowest mark since his rookie season.

As usual, Payton's numbers for the 2017-18 season looked perfectly fine. And as usual, his teams — first the Magic, then the Suns — seemed to operate more smoothly when he wasn't on the floor. Kinda makes you wonder why the Suns gave up a second-round pick for the point guard going into his fifth season.

Beastly centers who can control the paint are great to have, but not if they're so bad in pick-and-roll defense or defending in space that you can hardly play them in the fourth quarter. On top of those weaknesses, Whiteside wasn't even that great at the one thing he's supposed to be good at on offense, shooting just 54 percent from the field in 2017-18.

As fun (and easy) as it is to pile onto Draymond, there's no denying that he can be one of the most dominant defensive players and one of the best passing big men in the NBA when he's on. But this year he wasn't, posting his lowest defensive box plus/minus and fewest defensive win shares since his rookie season. His 30.1 percent shooting from deep is also his lowest mark since that 2012-13 rookie campaign.

There's plenty of reason to be excited for Booker's future but he's still got a ways to go, particularly on the defensive end, where he's been mostly hopeless. Thankfully, at 21, he's got tons of time to improve on that end and up his efficiency (56.1 true shooting percentage, 3.6 turnovers per game) on the other.

There's no denying that Westbrook is capable of more than almost any player in the NBA, which makes his apparent inability to share playmaking duties with a teammate or two all the more frustrating. When he didn't have the ball on offense in 2017-18, Westbrook too often stood above the key and out of the play, forcing his teammates to play four-on-five. He took a similar approach on defense.

When he wasn't literally falling on his face, the point guard was impressing the NBA world with his defense at the point of attack and greatly improved creation numbers. But at an older-than-you-think 24, the Bulls sophomore's 48.8 true shooting percentage in 2017-18 is highly concerning.

Another Timberwolves guard heavily overrated by head coach and president of basketball operations Tom Thibodeau, Rose took his low-efficiency forays into the paint to Minnesota after wearing out his welcome across 16 games with the Cavaliers. Can't shoot. Can't guard. Can't pass. Why is this guy in the league again?

Normally one of the league's most underrated point guards, Dragic found his way onto this list by virtue of his ludicrous addition to the Eastern Conference All-Star team as an injury replacement ahead of the likes of Ben Simmons and Khris Middleton. Call it a coorection of his inexplicably being left off the 2013-14 Western Conference team.

Sure, Nurkic gets credit for manning the middle of one of the NBA's better defenses in 2017-18. But he was also just miserable from an efficiency standpoint on offense. The 23-year-old finished with a 52.8 true shooting percentage, which is pretty damn ugly for a center.

It's not a coincidence that the Pelicans posted a better record without Cousins (21-13) than with him (27-21). In addition to his trademark laziness on defense, the big man turned the ball over a bonkers five times per game before going down with a torn Achilles.

The Pistons were 11-14 with Griffin in their lineup and 28-29 without the midseason acquisition. He deserves a lot of credit for remaking himself as a distributor, but in other facets he was a shell of himself in 2017-18, posting career-worsts of 7.3 rebounds per game and 48.2 percent shooting from two-point range.

Kyrie Irving stepped into the role vacated by Isaiah Thomas a year prior, and wasn't nearly as dominant as his predecessor, posting a lower true shooting percentage on a lower usage rate. Save for maybe the first game or two of the season, Irving maintained his career-long tradition of dying on defense at even the mere suggestion of a screen.

Despite the presences of Karl-Anthony Towns and Jimmy Butler, Wiggins was the Timberwolves' leader in field-goal attempts per game and just their third-leading scorer. The 23-year-old made minor strides on the defensive end, but not enough to outweigh his poor offensive efficiency combined with a high volume.