Dog With a Deformed Face Was Scheduled to Be Put Down, but a Vet Saved His Life

Jen Arbues
Dog With a Deformed Face Was Scheduled to Be Put Down, but a Vet Saved His Life October 16, 2018 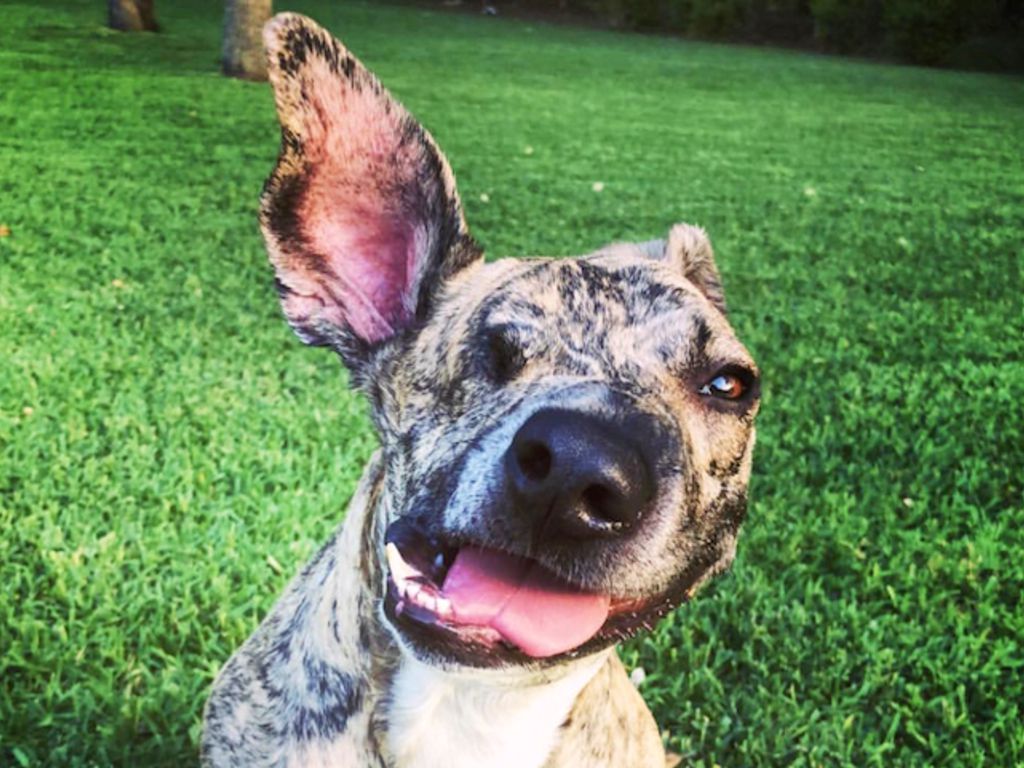 Two and a half years ago, Squish the dog was just another stray dog without much hope for a healthy and happy future. Or any future or at all, for that matter. But Squish found a little luck, a lot of love and the help of a few amazing veterinarians. Now this dog with a deformed face is enjoying a second lease on life after it was discovered that the source of the dog’s injuries wasn’t an insect bite, after all.

At this point, and with no other recourse in sight, the decision was made to put the pup out of his misery and to euthanize him. Lucky for Zar — or Squish, as he would come to be known — someone decided to step in.

Back in April 2016, a stray puppy was picked up by animal control and brought to Cuyahoga County Animal Shelter in Ohio. The dog — named Zar — was only four months old, but he had one serious problem.

At the shelter, a veterinarian looked over the pup and discovered that the right side of his face and jaw was severely swollen and deformed. At first, the vet assumed he had an insect bite that had gotten infected.

Zar was given antibiotics and pain medication, and, at first, the swelling to his face seemed to improve. But as time passed and his body grew, his facial deformity got worse. And as it got harder for him to open his jaw, it became harder for him to eat.

At this point, and with no other recourse in sight, the decision was made to put the pup out of his misery and to euthanize him. Lucky for Zar — or Squish, as he would come to be known — someone decided to step in.

The shelter vets weren’t content with Squish’s fate, so the pup was brought over to VCA Great Lakes Veterinary Specialists for a second opinion. Doctors Eileen Heldmann, Katie Frantz and Emily Conway performed a series of tests, including a CT scan.

Danielle Boyd, the vet who would go on to adopt the pup, fell for him the second she met him. “I opened the cage door and he gently sniffed my face and tried to lick me even though he could barely slide his tongue between his teeth.”

Boyd was lucky enough to have one of the first interactions with the dog. “I picked him up and held him in my arms where he melted. He fit perfectly there. I held him like a baby, and he laid motionless cradled in my arms.”

It was discovered that the source of the dog’s injuries wasn’t an insect bite, after all. He had actually suffered from a blunt force trauma, and his “deformity” was, in fact, multiple fractures to his skull and upper right jaw.

Since there weren’t any other injuries to indicate he had been in some sort of accident, the specialists at VCA Great Lakes concluded that the fractures to his face and jaw were caused intentionally — by someone using an object against him.

Boyd took Squish home with her so he would have the chance to experience life outside of a cage. “He was a living, breathing, puppy tornado,” she said. “I have never seen a puppy run so fast and never stop.”

And suffice to say, Squish certainly knew the way to Boyd’s heart. “I let him sleep in my bed that night. He curled up next to me, nestled between my arm and chest and didn’t budge.”

The next morning, Boyd knew that she couldn’t let the shelter euthanize Squish. She also knew that he would require an immense amount of care in order to fully recover, and that not just anyone could take him on. So she adopted him herself.

At the time that Squish came into her life, Boyd had been a week away from moving to Texas in order to finish her veterinary residency. She was torn — she couldn’t stand the idea of leaving him behind, but she wasn’t sure how to handle his medical care on top of a big move.

Squish was going to need some major surgery if there was any chance of him having a normal life. Beyond the fractures to his face and skull, his right eye had sunk behind the bones meant to support it, and he had a massive amount of scar tissue around his jawbone that was preventing him from opening it fully.

Dr. Heldman came up with a plan for the pup. She removed part of his lower jaw, along with the scar tissue that had prevented him from being able to eat. The procedure immediately allowed him to open his mouth.

The Long Drive to Texas

Thirty-six hours later, Boyd and Squish were on their way to start their new lives in a brand new state. “He never once complained or gave the impression that he had just underwent surgery. “We both loved every minute of the drive that became the beginning of our many adventures together.”

Under the Knife (Again)

With three major surgeries under his belt, Squish’s continued medical care seems far less invasive. He’s had to have a tooth removed, on account of his jaw not properly lining up, and he’s going to need to have his teeth brushed for him for the rest of his life.

“He does not know any different,” Boyd says. “To him there is no difficulty — it is just learning how to do things with what he has. If I did not see his physical changes, I would have no idea he has any issue with his jaw. He has one eye but functions like a two-eyed dog.”

Since his surgeries, Squish’s ability to play like other dogs has increased tremendously. “I cried seeing his excitement as he picked up a tennis ball for the first time, and that was only the beginning of his little victories.”

Squish is pretty much just like any other dog these days. He loves car rides, hikes, and puddles. But he’s especially fond of meeting new people and sharing his crooked smile with everyone he comes into contact with.

When he isn’t jumping around in dirty water or playing with sticks, Squish spends his days acting as the unofficial official mascot for the veterinary hospital where Boyd works. And he’s especially good at showing dogs facing eye removal surgery how great life can be afterwards.

In fact, Squish is so good with people that he’s officially begun training classes to become a certified therapy dog. Boyd says, “He loves kids and I want him to make them smile and show them how well he does with his disabilities and that it’s okay to be different."

The Help of a Good Vet

Boyd realizes just how lucky she and Squish are to have found one another and to have made it this far. “I would not have this incredible dog without the amazing veterinarians and veterinary technicians that made it possible for him to undergo successful surgeries. I am forever grateful to all that fought for him and allowed me to be so very lucky to call him mine.”

But Boyd cautions those looking to take on a pet with special needs, like Squish. “There can be a great financial cost in taking on any animal and often times special needs pets will require more.”