The 12 Worst Company Logo Rebrands of All Time 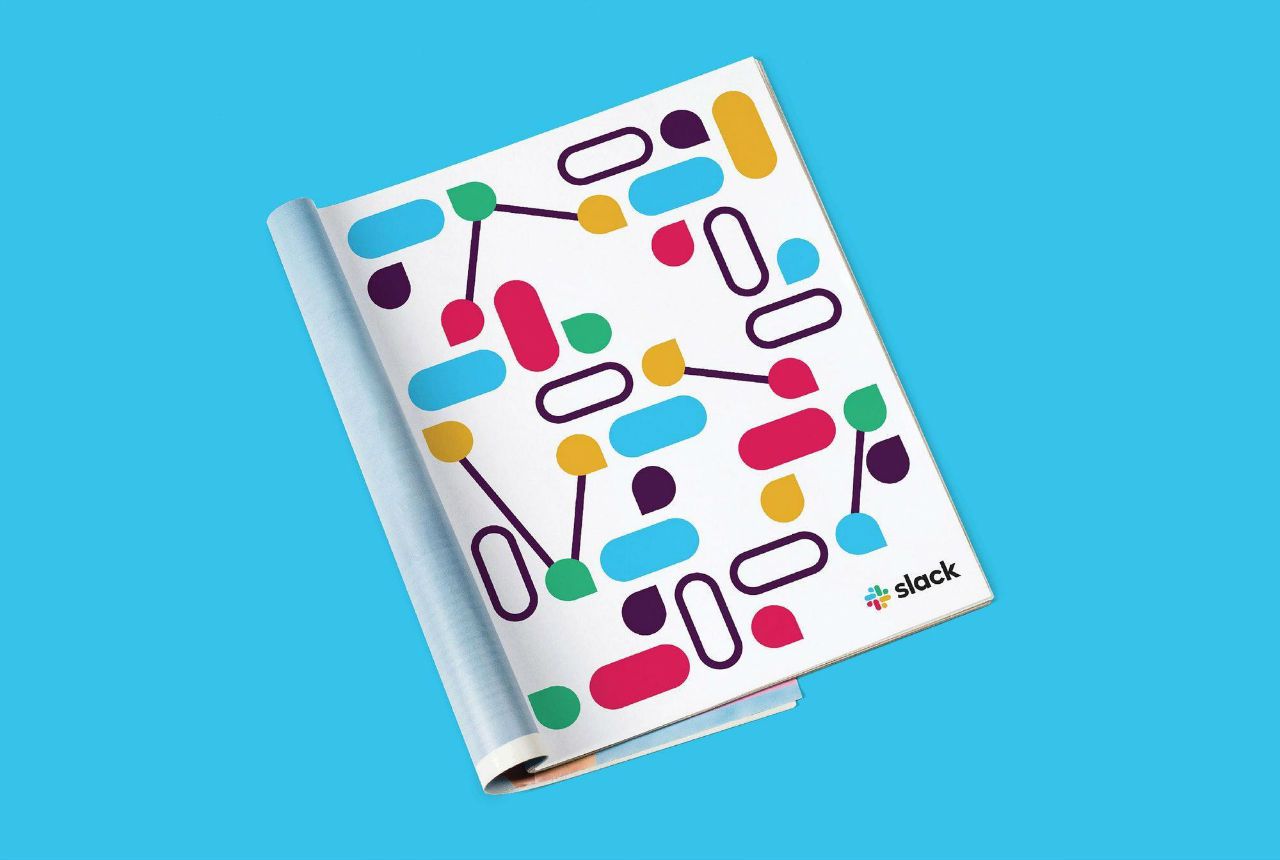 You know corporate logos better than you think you do. And when these corporations, in their infinite wisdom, decide to change their familiar logos, you get these bad logo rebrands. So get ready for some schadenfreude. Because these are the worst rebranding fails imaginable.

There are some things money can't buy. For everything else, there's Mastercard. Although it's likely the company spent a pretty penny on this iconic logo, which it launched in 1966. A red-and-gold circle interlock with a bold typeface telling us who they are. Until...

[dx_custom_adunit desktop_id="RTK_K67O" mobile_id="RTK_5yk0"] Now, Mastercard is making the gutsy call that consumers don't need the names of their brands on their brands. They've removed the actual "Mastercard" text, citing an internal study that 80 percent of consumers recognize just the circles as representing the company. The remaining 20 percent of consumers are left to wonder why two floating circles are trademarked.

Pepsi's logo seems to convey America, with red-and-blue circle split right down the middle by a geometrically pleasing white stripe. And this early-2000s look was a reasonable update of the classic design.

Now the rival to that other cola has a "modern" typeface with a puzzlingly squished E. And why, instead of equality between the red, white and blue, did the company opt for an uneven redesign? Apparently, it evokes the geometrical golden ratio. For this, Pepsi paid a million dollars. Seriously.

[dx_custom_adunit desktop_id="RTK_K67O" mobile_id="RTK_5yk0"] Slack, that tool for online chatter every hip business uses instead of email, got their logo exactly right the first time. Its colors simply stack on top of each other, speaking to their mission of simplicity. Plus, it feels like the cooler cousin to the hashtag, which is how the Slack app organizes channels of communication.

We'd love to cut Slack some slack for this new logo. But first we'd like to ask them a question on the #general channel: What were you thinking? The interlocking lines were turned into separate shapes, implying a movement away from communcation into isolation. Plus, the shapes look an awful lot like, well, far be it from us to say exactly what they look like, but you can use your imagination.

The old Uber logo is cool. It's borderline metallic. And like its rideshare service, it promises a futuristic way of looking at things. But most importantly, it's centered around the letter U. You know. For "Uber."

[dx_custom_adunit desktop_id="RTK_K67O" mobile_id="RTK_5yk0"] Uber paid the equivalent of 100,000 peak-hour surcharges for this thing. They eliminated the U (you know, for "Uber") in favor of what we would describe as a closed-off, backwards C. Gone is the futuristic aesthetic, replaced by a retro vibe, which is antithetical to Uber's mission.

After the inevitable backlash from the rebrand, Uber rebranded again to a much more immediately comprehensible logo. It is, quite literally, just the word Uber. The font is called Uber Move, custom designed for the company. And it is fine, which is maybe the most we can hope for from a company rebranding these days.

Do you like science fiction? Boy, was there a channel for you. The Sci-Fi Channel gave you exactly what it sounded like. It was the home of shows like "Farscape," "Stargate SG-1" and "Mystery Science Theater 3000" for a time. So you know it has serious cred for enthusiasts of the genre.

[dx_custom_adunit desktop_id="RTK_K67O" mobile_id="RTK_5yk0"] Do you still like science fiction? Boy, would the owners of what was formerly known as The Sci-Fi Channel like to punish you. In a self-contradictory move, the channel was rebranded as Syfy, a way to both abandon its sci-fi roots while insisting it still took them seriously. The costly rebrand confused fans and newbies alike.

If you saw this logo, you know you were about to eat some deliciously unhealthy food. Kraft used the branding subtlety of a bull with a bullhorn. In 30 seconds you get their mac and cheese. In one second you get their whole brand deal.

This new logo takes a long time to fully absorb. Why did Kraft go the full 180 from all caps to all lowercase? What's with that Yoplait-biting floral burst on the left? And why does it feel like they're selling us cleaning supplies, not comfort food? Kraft eventually split the difference, reverting to their original color scheme while replacing the font with a more modern typeface.

[dx_custom_adunit desktop_id="RTK_K67O" mobile_id="RTK_5yk0"] Instagram. Ever heard of it? It's just that wildly popular social network where folks share pics using filters inspired by the Polaroid cameras of the 1970s, aka FOMO: the App.

Did you even notice the rainbow colors in the upper left of the old logo? These designers sure did. And now Instagram feels like the logo to a sidestage Coachella synth-pop band instead of a classy evocation of retro aesthetics.

Do you need a sensible button-down shirt for 40 percent off? Then the Gap is where you want to find yourself. Their logo is class personified: a simple, all-caps font that feels timeless, white on navy blue. If you're into advertising culture, this is powerful stuff.

[dx_custom_adunit desktop_id="RTK_K67O" mobile_id="RTK_5yk0"] The Gap's new logo is less powerful, more perplexing. They switched from their classic font to Helvetica, the font that screams, "I just learned graphic design eight minutes ago." And they moved their navy background into the upper right corner, banished to hang out with the P. Luckily for us, after the public outcry, Gap jumped back to their OG look.

Offering an online home for myriad aspiring artists, DeviantArt burst on the scene with a logo that felt willed into existence by the early internet itself. It spells "da" (you know, for DeviantArt) cleanly and impressively, and its unique usage of all lowercase followed by all caps feels like an AOL Instant Messenger username in the best way.

As the wishful utopian ideals of the early internet shifted into the tech-bro hellscape we all know and are addicted to now, the DeviantArt logo charted a similar course. Whereas the old logo felt unique and inviting, this logo feels clipped, aggressive and alienating. Plus, eagle-eyed artists of the DA community claim it's a ripoff of Russian design firm PlatzKart's logo.

[dx_custom_adunit desktop_id="RTK_K67O" mobile_id="RTK_5yk0"] Look at that big ole price tag. Doesn't it invoke joy? Nostalgia? The sheer giddiness that you're about to get an electronic doohickey you don't really need but desperately want? Heck yeah. Welcome to Best Buy.

Why is the iconic price tag so little now? And why is the text nakedly hanging out on a blue background with what we'd charitably call "the Photoshop gradient preset?" Call the Geek Squad, they've gotta fix this pronto.

Hotels are boring. Airbnb is fun! At least that's what this logo conveys. The "anyone can be a hotelier" service pops with a whimsical skyblue, and its thick outline is as inviting as the comic book it seems to be ripped from.

[dx_custom_adunit desktop_id="RTK_K67O" mobile_id="RTK_5yk0"] Airbnb calls its new symbol the "Belo." They say it's supposed to convey a sense of belonging. You ask us, it looks a lot like a pair of, well, far be it from us to say exactly what it looks like a pair of. But you can use your imagination.

Coca-Cola is a brown, sticky, sweet liquid that many people enjoy as a beverage. Its branding, like its recipe, is quite popular.

In 1985, Coca-Cola changed both its recipe and its branding. New Coke is arguably the best-known example of a company biffing their rebrand. American culture completely rebelled against the soda company, with late-night hosts eviscerating the change and executives getting hostile letters. Coca-Cola promptly switched back, which tripled sales, leading many to believe it was a failure on purpose, introduced to boost the company's flagging sales in the cola wars.