Jen Arbues
The Best Horror Movies On Netflix To Scare The Crap Out Of You April 24, 2018 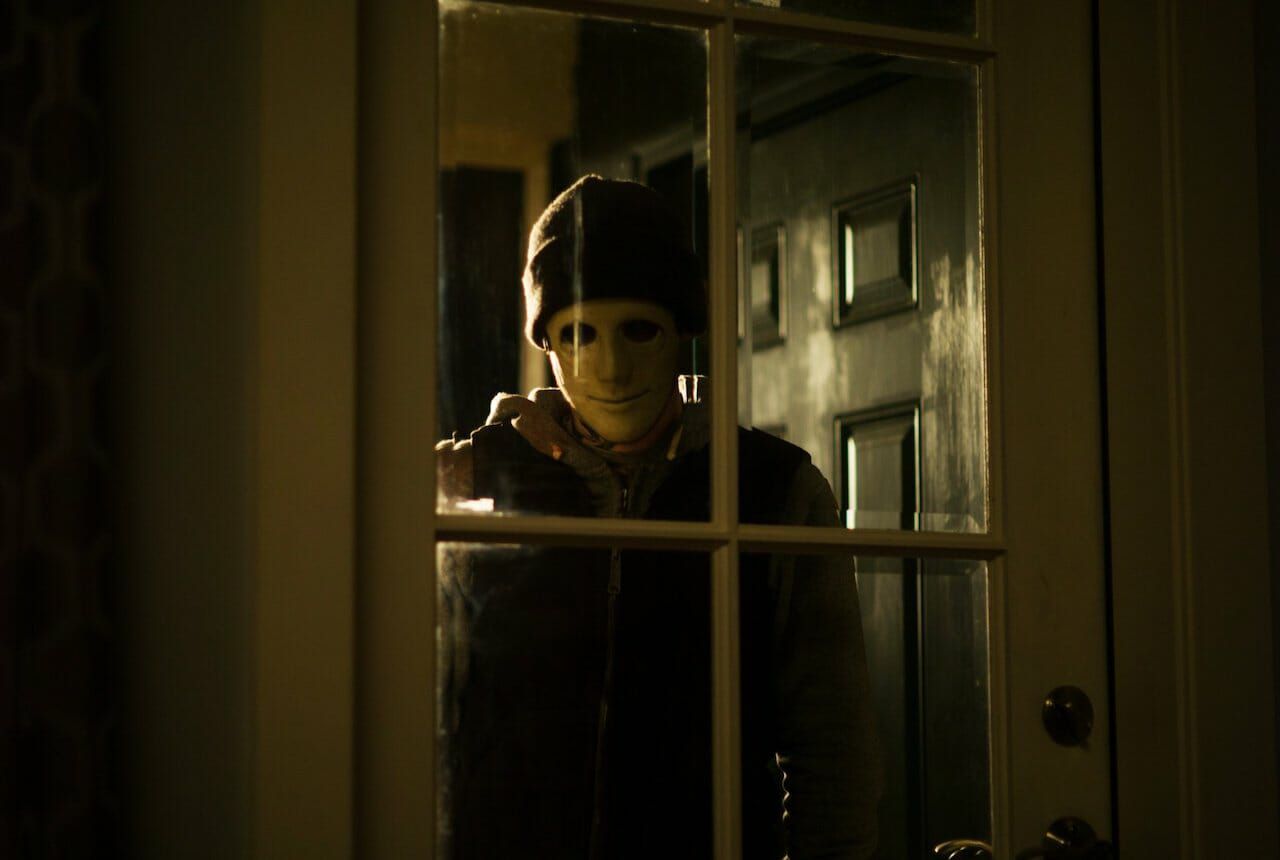 What are the best horror movies on Netflix?

Navigating through the Netflix landscape of original programming and 20-year-old mediocrity can be tiresome. Especially when all you really want to do is curl up on your sofa for a solid 48 hours in your favorite pair of flannel boxers, shove your face full of three-day-old cold pizza, and stare into the familiar “Are you still watching?” abyss. Well, if it’s comfort that you’re looking for, we can think of no other genre more comforting than horror. And the Netflix horror game is solid these days. Like that one best friend who’ll come to your door when you really need them, beer and cookies in hand. Maybe also a machete. So here are the best horror movies on Netflix.

The Lost Boys is everything beautiful and wonderful about 1980s horror. It has vampires, but vampires in a beach city, because as dark and gloomy as they may be, they’re still super into late night boardwalk concerts featuring Tina Turner’s saxophone player. Also, the two Coreys, in what is most likely their greatest career performance.

Deep Blue Sea is certainly not one of those films that should be watched seriously. No one expects you to buy LL Cool J’s chef and parrot comedy duo as a legitimate hero. But goddammit, if this movie isn’t fun to watch. The plot alone — they were just trying to find a cure for Alzheimer’s! — makes it perfect horror popcorn fodder.

No, not the remake (reboot?) that came out in 2016. We mean the original, 2002 Eli Roth feature film directorial debut. The one starring Cheryl Ladd’s daughter and Shawn from Boy Meets World. The one with the most cringe-worthy shaving scene ever put on film. That one.

So maybe you’ve seen every other possession film to hit theaters over the last 20 years. And maybe you’re sick of the genre. We wouldn’t blame you; it’s a little played out at this point. But Verónica, the 2017 “based on a true story” Spanish film, rates higher than most, if for no other reason than Sandra Escacena’s performance as the title character. Oh, and Sister Death.

This 2002 retelling of The Body Snatchers isn’t going to be on the top of anyone’s awards list. But it’s a good one to watch if you’re looking for something with more of a sci-fi bent while simultaneously not looking for something you’re going to have to devote your undivided attention to. The production value is enough to stay invested for the hour and a half run time, and any Nicole Kidman/Daniel Craig pairing is worth a watch.

Do you hate children? Do you have an obnoxious child that is also hate-worthy? Are you a terrible parent on the verge of losing your mind because of your shitty child? Then The Babadook is the movie you’ve been waiting for your entire parental existence.

Tucker and Dale vs. Evil

The beautiful thing about Tucker and Dale vs. Evil is the way in which is takes the hillbilly in the woods horror trope and flips it on its head. They’re just misunderstood is all, but how the hell are they supposed to prove that when all anyone sees is a couple of guys in beat up overalls wielding a chainsaw? Maybe the next time your car stalls in the middle of nowhere, you’ll think twice about running from the obviously well-meaning hicks.

You ever hear the urban legend about vagina dentata? Well, if you haven’t, then Teeth is probably not the film you’re going to want to watch for clarity. Actually, the entire concept is pretty stomach churning (especially if you’re of the male persuasion), but the film itself manages to make a real point about an actual social issue, which is what true horror is meant to be about.

Mark Duplass isn’t known for his creepiness. Actually, he’s most well known for being that goofy character in every indie film you can think of. But in Creep, he is anything but goofy. Or endearing. Or sweet. Actually, he’s exactly the kind of guy you would never, ever want to run into on the side of the road.

The Exorcism of Emily Rose

Odd Thomas is a horror thriller based on a Dean Koontz series of the same name, so it 100% has the benefit of great source material going for it. The fact that it stars Anton Yelchin and Willem Dafoe is just an added bonus. And if Dafoe is only the bonus when we’re talking about a film, you know that film is going to be absolutely worth it.

John Dies at the End

If there were a horror film version of an acid trip, John Dies at the End would probably be it. For one, it centers on a drug called “Soy Sauce.” It also deals in alternate dimensions and timelines. There are zombies. And those aren’t even the weirdest part of the film. Paul Giamatti is.

Imagine of 1999’s The Blair Witch Project wasn’t a handheld found footage mess of a horror movie. You’d have 2017’s The Ritual, a film about a group of friends who go camping in honor of their murdered friend and stumble upon some of the creepiest witch shit you could possibly stumble upon in a Swedish forest. If the disemboweled elk hanging from a tree doesn’t make you want to watch with your hands over your eyes, their disemboweled buddy will.

This 1987 Clive Barker classic is a must for any fan of the genre out there. Sure, up against some of the films that have been put out in the 30 years since its release, Hellraiser may not hold up in every way, but it’s one of the most original horror films ever made. And it gave us Pinhead and his army of Cenobites, who will continue to be the stuff of nightmares for at least another 30 years to come.

It isn’t surprising that Hollywood decided to make a film about the true life paranormal investigators behind 1979’s The Amityville Horror. What is surprising is how long it took to actually do so. The Conjuring follows Ed and Lorraine Warren on their first case, and it is in many regards even more frightening than its predecessor. We will never look at a jack in the box the same way again.

The Descent kind of flew under the radar with audiences when it was released in theaters in 2005, but that didn’t stop it from making an impact. It’s low budget horror done absolutely right, in that you’d never know it cost only a few million bucks to make. And its entirely female cast manages to avoid the awful female horror stereotypes at every turn, which is damn refreshing.

It’s hard to put out a killer in the house movie these days without it feeling like some sort of ripoff of every other one that came before it. But Hush does exactly that, playing on our fears of being stalked in isolation. It also focuses on a female protagonist that would normally be considered weak on account of her disability, but who’s actually a huge badass that any killer should fear.

Taking the sex is bad theme in horror to the next level, It Follows is a film about a killer monster only its victim can see that’s passed on — you guessed it — via unprotected sex. What makes it genuinely creepy, though, isn’t the monster itself (or the way in which it’s transmitted)… it’s the fact that it comes at its victim at the slowest pace imaginable without ever being stopped. It’s completely unbeatable, and completely terrifying.