Bride In Tears When Groom Says Vows To Her Sister

Thomas Daily
Bride In Tears When Groom Says Vows To Her Sister March 11, 2022Leave a comment 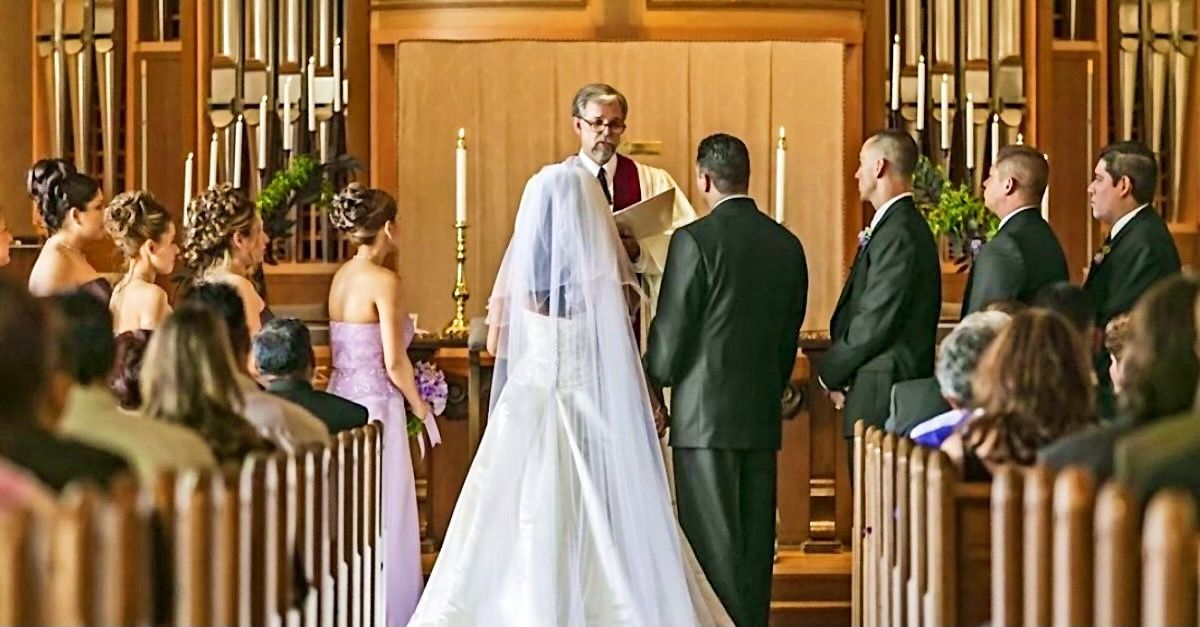 For as long as he could remember, he had always dreamed of having a family. She gave him everything he wanted and more. Their wedding day was approaching, and he was ecstatic to start his life with the woman of his dreams.

However, marrying her brought something into his life that he would have never expected. He was introduced to her sister, who he cared for deeply. When he saw how beautiful she looked in her bridesmaid dress, he knew he had to do the right thing.

Malcolm met his future wife at a fundraiser in Houston, Texas. They instantly connected and learned that they shared various hobbies and interests.

Malcolm could not believe his luck. Denise was a remarkable woman. She was beautiful, bright and she had a great sense of humor. She was one of a kind. But then he was introduced to her sister, Mara.

Mara was hilarious. He could not recall one conversation the pair had where he wasn't in tears. Denise had her moments, but Mara was something else.

Malcolm and Mara clicked right away. Even though Malcolm was seeing Denise, he couldn't deny his feelings for Mara. This inner conflict would continue until the day of his marriage.

Mara and Denise were not only sisters; they were best friends. Denise was two years older than Mara, but you would think that they were twins if you spotted the two out and about.

Mara was diagnosed with down syndrome, and Malcolm did not even notice it until a few days after their initial meeting. Mara was the friendliest and most exciting person Malcolm had ever met despite her situation. Is he going to sever their connection as a result of it?

Malcolm was an only child, and he barely had any friends. Due to this, he cherished his relationship with Mara; she was like his best friend and sister in one. When he wanted to purchase a ring for Denise, he knew he could not leave his closest friend out.

Malcolm went to the jewelry store and bought the nicest rings he could find, then invited the sisters to dinner at their favorite spot. The sisters agreed to his invitation, utterly oblivious of what was going on, and they all had a lovely evening.

Malcolm brought the sisters to a particular spot in the public park overlooking a lake after supper. Denise was surprised when he got down on one knee and proposed to her. What he did next surprised everyone.

Malcolm proposed to Mara by asking her to be his lifelong closest friend and sister. He confessed, "I can't begin to picture a life without you."

"You are a stunning and caring soul who brings joy to our life. Will you be my best friend and sister forever, Mara O'Conner, and make me the luckiest man on the planet?"

Mara's eyes were glistening with tears. Denise's mouth opened behind her. The sisters exchanged glances before looking at Malcolm. Was this some prank? It was unquestionably unprecedented.

Malcolm remained on his knees as they exchanged glances once more. In his hand, Mara's hand trembled. Her cheeks were soaked with tears, much like Denise's.

"Yes," Mara said quietly at first, hesitant. Her lips curled into a lovely smile, and she shouted her response. Before Malcolm could put the ring on, Denise gripped her tightly, and they all hugged by the gorgeous lake view.

The days following were all meshed together, and the trio's wedding was approaching fast. Will Malcolm call off the engagements before things get out of hand?

As the wedding day approached, Malcolm did not once question his decisions. Malcolm knew what a close connection the pair shared. It was clear that they were a package deal.

The two sisters supported each other through everything. Bad breakups, challenging exams, and they even celebrated birthdays together. Who was Malcolm to get in between that?

A day before the wedding, Malcolm drove down to the parish alone. He still had one more thing he needed to do before the big day.

He spent the afternoon with the priest, and soon after, he was standing on the altar looking at Denise as she walked down the aisle. But something else happened.

After Denise joined him on the altar, the wedding song began playing again. Mara appeared at the door with her dad beside her.

She had the brightest smile on her face, a smile that would get brighter as the day continued. Malcolm and Denise received her, and the next part of this lovely ceremony commenced.

The priest gave a short sermon and soon after called the loved ones to exchange their vows. But instead of taking Denise’s hand, Malcolm reached out for Mara’s.

The congregation melted as he said his vows to her, promising to take care of her, always listen to her jokes, and go fishing. Mara did the same, and the congregation cheered as the priest declared them best friends. But it only got better.

After Malcolm and Denise shared their sweet vows and were officially married, Malcolm took Mara on the first dance. He’d grown up alone with no sibling to make him feel whole.

Now he had the sweetest sister and best friend blissfully dancing with him. He looked at Denise, who was in tears at the head table. She nodded at him, and he knew he’d made her more than happy that day.

The Happiest Ending Ever

The wedding day came to a beautiful close. Malcolm and Denise went on their honeymoon and soon returned home. Of course, they live a stone’s throw away from Mara’s place.

Whenever the young couple can, they go to Mara’s to keep her company. Mara also visits often, and the three are nigh impossible to separate