This Family Spent 6 Months Working Out, And The Results Are Inspiring

Greg Smith
This Family Spent 6 Months Working Out, And The Results Are Inspiring January 8, 2018 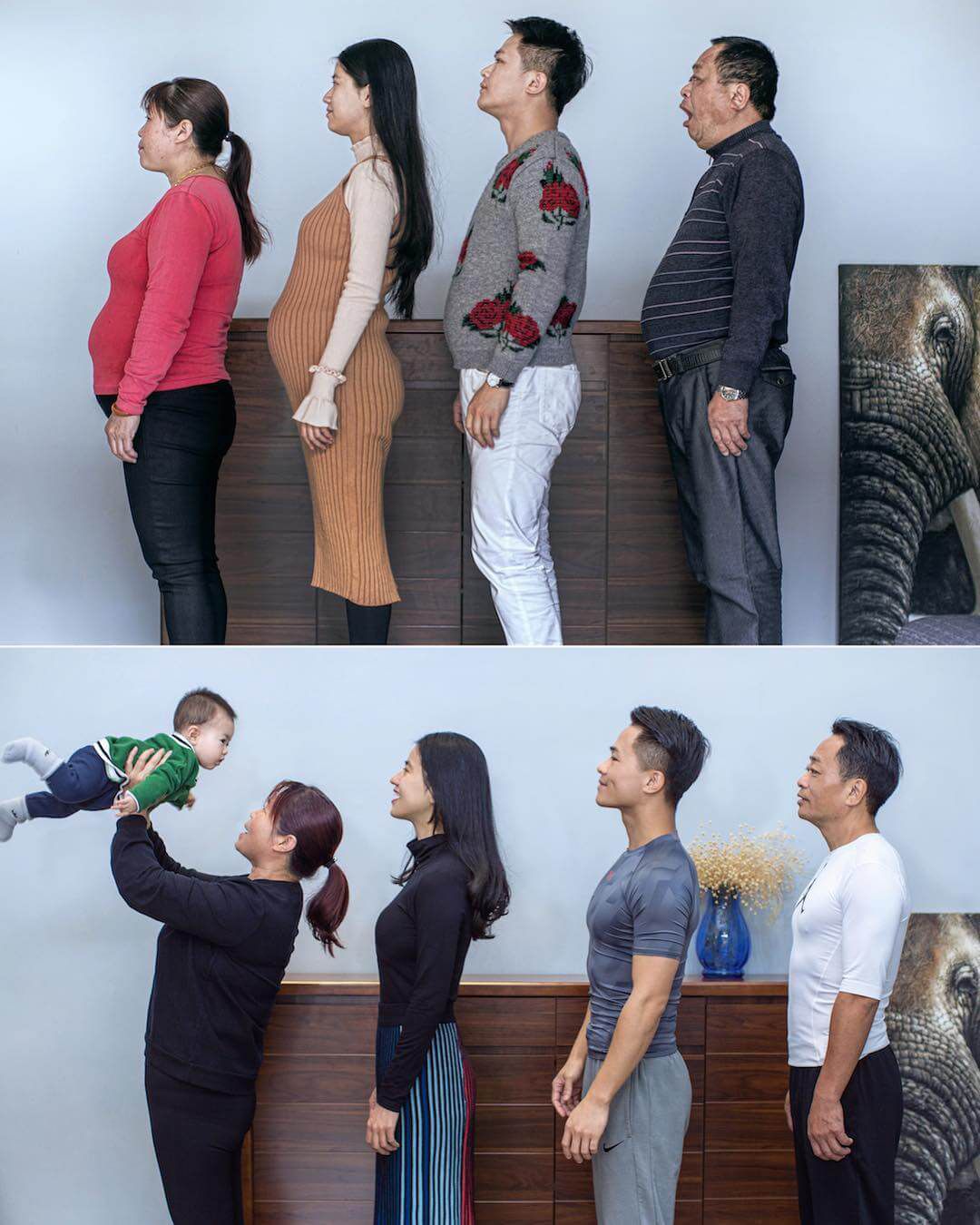 Say what you will about social media. But sometimes the thrill of sharing what you're going through is enough to spur some positive energy. Take these Chinese family workout progress pics, for example. Taken by photographer Ding Guoliang, they serve as a public document of what can happen when you (along with your whole family) believe in yourself. So look at how Ding Guoliang and his whole family changed their bodies. And then hit that gym!

Ding Guoliang, a 31-year-old photographer who snaps pics in China under the name Jesse, underwent his most dramatic project yet: documenting his family's incredible fitness transformation.

[dx_custom_adunit desktop_id="RTK_K67O" mobile_id="RTK_5yk0"] Guoliang, expecting a child with his wife, invited his parents to live with them to help prepare for the incoming child. The first step to familial physical health involved regular power walks, but that soon became child's play for the intrepid family.

One Day At A Time

Originally, the family's plan was to stay ultra-healthy for six months, but loved how they looked and felt so much, that they now live like this permanently.

[dx_custom_adunit desktop_id="RTK_K67O" mobile_id="RTK_5yk0"] Guoliang's father was struggling with poor dietary choices and a dependency on alcohol before the family began working on themselves intensely.

Beyond the obvious physical feat, Guoliang is proud of the newly found emotional and mental confidence he sees in his father.

Guoliang and his family documented where they were in their fitness journey every ten days, with each picture looking more dramatic than the last.

[dx_custom_adunit desktop_id="RTK_K67O" mobile_id="RTK_5yk0"] Guoliang was meticulous in documenting his family's journey on social media, so his followers could feel inspired to work on their bodies and minds themselves.

Come With Me If You Want To Be Fit

Believe it or not, the Terminator on the right is the same person as the guy on the left.

Here, Guoliang's mom and dad marvel at the negative space in which their tummies used to reside.

Fight For Your Right

To box like Sugar Ray Leonard, sometimes you gotta cut out the sugar.

When my dad and I hang out, we just watch golf on TV until he falls asleep. But this seems fun, too.

[dx_custom_adunit desktop_id="RTK_K67O" mobile_id="RTK_5yk0"] Guoliang has always been interested in documenting his family. In 2016, he took several pictures of his 85-year-old grandfather, Ding Bingcai, wearing contemporarily hip clothing alongside Guoliang.

Guoliang found the photoshoot with his grandpa therapeutic: "Taking care of him is not just about offering food and clothing. It means ... making him happy, making him feel that he exists and gratifying him mentally."

Guoliang's photographic ambitions are noble and lofty. Through the lens (and lots of diet and exercise), he brings his family together and keeps them physically and mentally healthy. Talk about an inspiration.