The Dumbest and Most Insane Fad Diets and Exercise Trends Ever 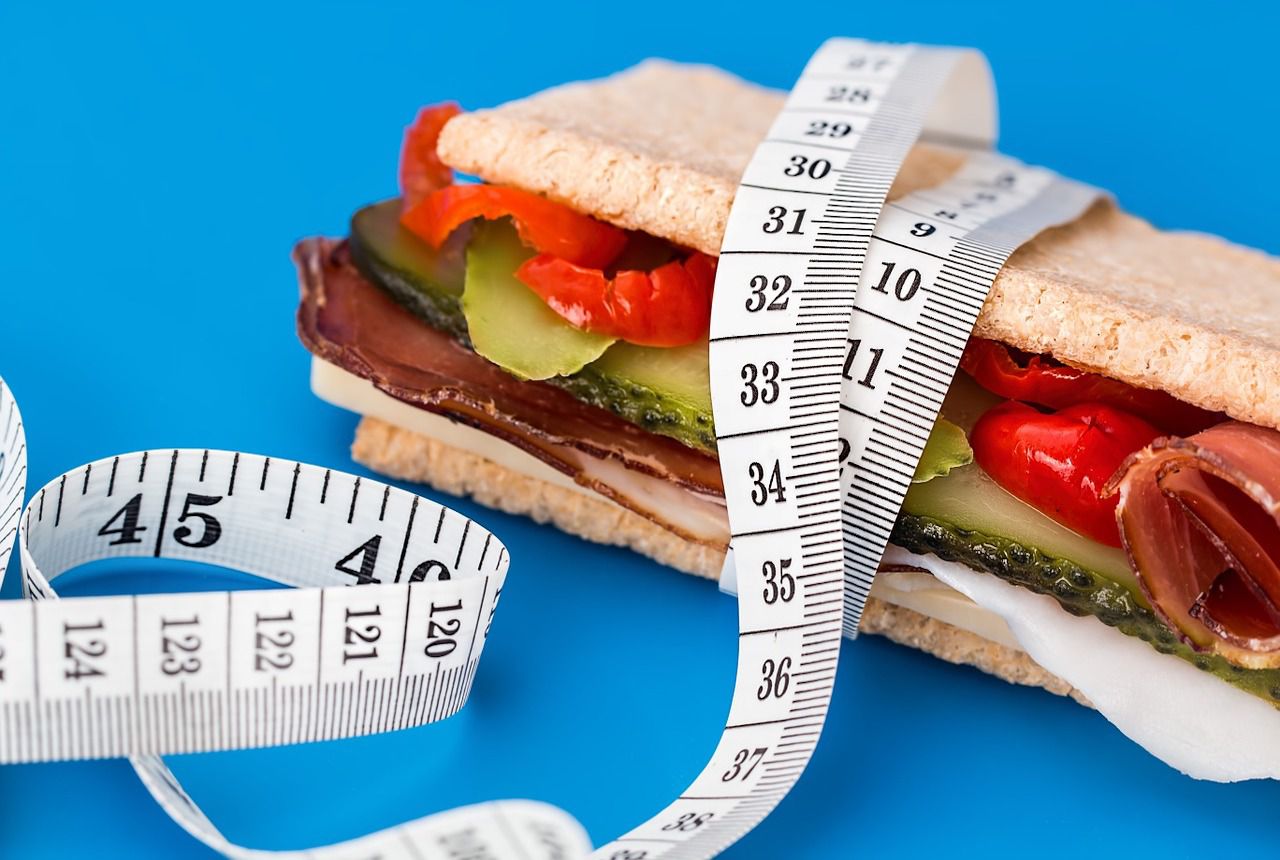 People love to look and feel good. But more than that, people love convenience. That’s why they've subjected us to so many ridiculous fad diets and exercise trends over the years. But some are more ridiculous than others. And some are just flat-out insane...

Just as its name suggests, the Cabbage Soup Diet is built entirely around eating nothing but cabbage soup. For every meal. Every day. Not only is it nutritionally deficient, but Heaven help the significant other who has to share a bed with that gas generator.

In 1992, Suzanne Somers introduced the ThighMaster to American homes, a spring-loaded pair of metal loops that are meant to be squeezed between your thighs. Surprisingly — or perhaps not at all — it’s still being manufactured, and you can be well on your way to ‘90s toned thighs for the low, low price of $34.99

The Grapefruit Diet has been around in some form or another since the 1930s, with the claim that grapefruits contain an enzyme that burns fat. While this may or may not actually be true, the thing that makes the Grapefruit Diet so successful is that its recommendation of eating half a grapefruit before every meal is paired with an overall low-calorie diet. So, you know, maybe just eat better.

The Treadmill Bike is less a bike and more a Frankensteinian mashup of a Razor Scooter and the most boring piece of equipment at the gym. Ideally, it’s for those who want to simulate the outdoor running experience indoors, but actually outdoors. Because just running is clearly not an option.

[dx_custom_adunit desktop_id="RTK_K67O" mobile_id="RTK_5yk0"] The Baby Food Diet was put together by celebrity trainer Tracy Anderson, and if there’s one thing we know about Hollywood culture, it’s that eating disorders are totally nonexistent. With the recommended 14 jars of baby food a day, though, you’d probably be better off putting that ridiculous amount of money toward a real personal trainer instead.

The Master Cleanse works like this: for an unspecified period of time, you’re allowed to ingest nothing except for a mixture of water, lemon, maple syrup, and cayenne pepper. The cleanse is meant to flush your body of toxins and allow for a sort of fresh start, and for a day or two, it’s probably just fine. But the recommended length of time is actually 10 or more days, which is pretty much on par with starving yourself.

You know, if neither diet nor exercise appealed to you, Metabolife was a solid option for weight loss (at least until 2004). They made their money by selling ephedra-based diet pills, which were really just legalized speed. You could buy them at GNC though, so obviously they were heart-healthy.

[dx_custom_adunit desktop_id="RTK_K67O" mobile_id="RTK_5yk0"] The idea here is simple: just add 2-3 tablespoons of coconut oil to your regular food, and your metabolism will kick into high gear, allowing you to effortlessly shed pounds. It’s based on the correlation between coconut and MCT oil, but considering coconut oil is a saturated fat, you’re basically just buttering everything you eat.

While spending time in an actual sauna has been proven to have some health benefits, the idea of taking that sauna and turning it into an article of clothing that you wear while working out is a little… iffy. Unless you don’t care about heat stroke or dehydration, that is.

Studies have shown that sleep deprivation has been linked to higher rates of obesity, so it makes sense that sleeping more could help maintain healthy weight levels. But the Sleeping Beauty Diet works by using heavy sedatives, which will definitely make you sleep more, but may also leave you with a pretty heinous addiction.

[dx_custom_adunit desktop_id="RTK_K67O" mobile_id="RTK_5yk0"] Vibration training, a general term that has to do with the body coming into contact with outside vibration for the purposes of better health, is something that’s been in practice since the ‘60s. There’s no real scientific proof that it actually does anything, but for $200+, you can find out for yourself in the comfort of your own living room.

The Negative Calorie Diet works on the assumption that there are foods out there that require more calories to chew and digest than they actually contain. Aside from the fact that there’s no scientific evidence to support this idea, you’re basically stuck eating nothing but celery and cranberries, so maybe just go plant-based and enjoy a little variety instead.

With the promise that “holographic technology” could “resonate with and respond to the natural energy field of the body,” Power Balance managed to dupe countless consumers looking to enhance their athletic abilities by doing absolutely nothing. The company filed for bankruptcy in 2011, following several lawsuits and a forced apology for making false claims.

Have you ever been to a foreign country and eaten or drank something you probably shouldn’t have, only to return to the States with a serious stomach ache and the inability to keep weight on? Chances are, you’ve inadvertently ingested a tapeworm, and for some people, that poor judgment call is a real weight loss regimen.

[dx_custom_adunit desktop_id="RTK_K67O" mobile_id="RTK_5yk0"] The fitness market thrives on the refusal of the average consumer to invest any real time whatsoever into getting results. Enter 8-Minute Abs, the at-home workout that promises Jason Momoa’s muscle definition for less time a day than it would take to make a pot of coffee.

Prancercise creator Joanne Rohrback describes the exercise as “a springy, rhythmic way of moving forward, similar to a horse’s gait and ideally induced by elation.” It’s also seemingly the ideal choice for anyone looking to work out in their finest Sunday brunch attire.

You know what sounds like a solid health plan? Drinking the liquid your own body has expelled as waste. In 1913, John Armstrong claimed it worked for him, and possibly because people are always looking for the easiest weight loss solutions (what’s easier than drinking your own pee?!), it’s managed to stick around.

[dx_custom_adunit desktop_id="RTK_K67O" mobile_id="RTK_5yk0"] Billy Blanks’ martial arts-style cardio kickboxing workout was a true gem of the late ‘90s. The moves, the music, the leotards. The only real downside to doing Tae Bo (besides looking completely ridiculous to anyone passing by) is the fact that martial arts should generally be done with the support of someone who knows what they’re doing and not, say, the TV.

In theory, the practice of eating slowly could actually promote weight loss. After all, the amount of time it takes for your body to tell your brain that it’s full is about 20 minutes. But “fletcherizing,” a practice promoted by Horace Fletcher between 1895 and 1919 that requires you to chew your food until it’s completely liquified, is just a little gag-worthy.

By capitalizing on the war rationing of 1940s households, the WWII Ration Diet has managed to turn the hardship forced onto an entire country into a fun new way to starve yourself thin. Items like one fresh egg, 4 ounces bacon and ham, and 1/2 pound minced beef are meant to last an entire week, so count on being hungry pretty much all the time here.

[dx_custom_adunit desktop_id="RTK_K67O" mobile_id="RTK_5yk0"] Created by Richard Simmons, the godfather of at-home aerobics, Deal-A-Meal was a fad diet in tabletop form. You’d start the day with a set number of playing cards that each represented a different food group. The food you ate during the day was “bought” with the cards, and when the cards were all used, you were done eating for the day.

With a claim that you could lose 30 pounds in 30 days, the hCG Diet seems pretty appealing on its surface. Too bad it requires being injected with human chorionic gonadotropin, a hormone extracted from the urine of pregnant women (and which is only approved to treat infertility). On top of that, you’ll be limited to 500 calories a day, which qualifies as anorexia nervosa.

The Wine and Eggs Diet

This is one of those vintage diet plans that was clearly marketed toward housewives with nothing better to do than drink, but dammit it’s good:

Dinner: steak and whatever remains of the wine bottle