Camila Villafane
This Couple Couldn’t Understand Why Their Photo Went Viral Until They Read the Comments November 14, 2019Leave a comment 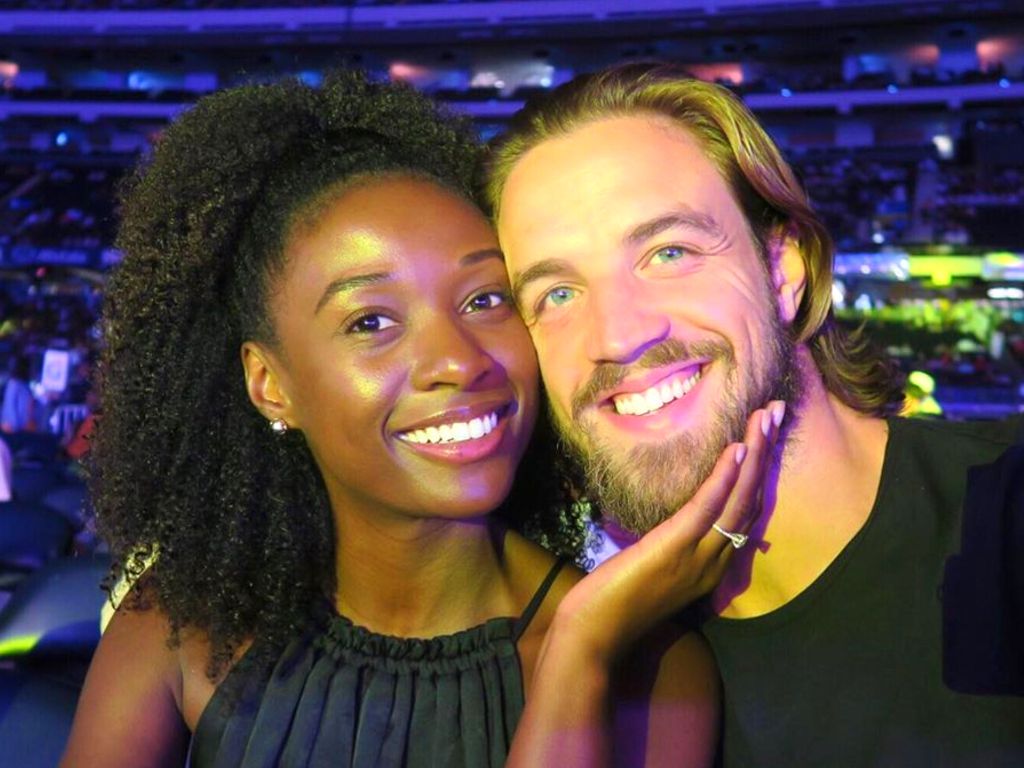 They were fairly well known in the fitness community, so Dan Hennessey and Wendy Joseph were used to some attention. But they had no idea why their anniversary photo had gone viral. Then they read all the comments to figure out what was going on and it suddenly made a lot of sense.

He Was Seeking Companionship

18-year-old Dan Hennessey from Edison, New Jersey, completed two years of exercise science at Montclair State. It was a great achievement, but he was lonely. So, he created a Facebook page to connect with new friends. But he never knew how much this would change his life...

She Thought He Had Ulterior Motives

17-year-old Wendy Joseph was one of several young women Hennessey had sent friend requests to. She was a high school student from South Orange, New Jersey. But when she learned he had sent a friend request to her friend Daphne, Joseph suspected he had ulterior motives...

She Didn’t Know the Whole Truth

Hennessey had found a profile for a girl named Daphne. So, he sent her a message, but she never replied. So, he started sifting through her friends list, and that’s when he found Wendy. But at the time, she had no idea what was going on.

She Wasn’t Sure About Him

It wasn’t Wendy's style to meet strange men who contacted her through social media and she didn’t see much of a reason to change that, either. She felt that doing so would have been a bad idea, so she tried to ignore his message at first, but she couldn't have expected what he would try next...

He Was Very Persistent

Weeks passed, and Wendy hadn’t replied to his message. But Hennessey wasn’t willing to give up. So, he tried reaching out to her again. But he hoped he wouldn’t come off as some sort of creepy stalker. Luckily for him, his life was about to gain more than just a friend.

She Accepted His Invitation

Hennessey’s persistence paid off. Wendy started chatting with him and they realized they had similar interests. Then one day, he invited her to a party, and she said yes. But there was one major issue he hadn’t thought about.

He Threw an Impromptu Party

Hennessey never planned a party. So, to impress the girl he wanted to date, he asked his friends for help in setting up an impromptu party. When the time came, Joseph showed up and had no idea all the trouble everyone went through just for her.

They Friend Zoned Each Other

Dan and Wendy were made for each other. But, Wendy was still a high school student. So, they decided to remain friends and continued to hang out for over a year. But in their hearts, they wanted to be more than friends.

The Timing Was Wrong

Despite their connection, Dan was a young college student who enjoyed not being tethered to a long-term relationship. Besides, Wendy had just ended a relationship herself, so the timing was just wrong.

They Spent a Lot of Time Together

Although they were just friends, they stayed in touch and hung out on a regular basis. But eventually, Dan sensed they had gotten to know each well enough. So, it was time to take their friendship to the next level.

They Dated But It Didn’t Last

The love they felt for each other was undeniable, so they eventually started dating. But after several years, Wendy broke things off because she didn’t know who she was without him, and she needed to find out. Fortunately, Dan agreed and let her go, but this wouldn't be the end of their connection...

She Became an Internet Sensation

Wendy became a YouTube star. Her channel covered hair and beauty tutorials, which helped her make some money on social media. She also became popular on Instagram, but being a YouTube star wasn’t her ultimate goal.

She Earned a Master’s Degree

Wendy used the money she earned from YouTube to pay for college. By the time she was 25, she had earned a Master’s Degree in Public Administration and was ready for romance. So, she reached out to Dan, who was elated to get back with her.

She Posted a Before and After Photo

Shortly after their 10-year anniversary, Joseph posted a photo of her and Hennessey in 2007 versus 2017. “I used to wear my hair stuck to my face every day and Dan used to shave every week! Now we just take serious swimsuit pictures in different countries,” she wrote in the caption.

They Seemingly Aged in Reverse

Followers were shocked to see that they hadn’t aged, or rather, they did, but in reverse. Some things had changed, however. Wendy gave up using chemical hair straighteners and Dan grew a beard, which totally suited him. Little did they know that the photo was about to really explode...

Netizens were blown away by the physical transformation of their 10-year-anniversary. Once the photo went viral, people started commenting on how they looked even more fit in 2017 than they did in 2007. And the audience really let these two know how they felt...

Being Interracial Wasn’t a Big Deal

Being in an interracial relationship has never been an issue for them. But strangers have brought the topic up regularly. They get the same type of questions about the topic, too. It’s why Huffington Post interviewed them in 2017.

A Trip to Paris Changed Their Lives

In 2016, the couple went to Paris, France. That’s when Dan got on one knee and proposed. And although Wendy was stunned, she said yes without hesitation. Eventually, the couple gained even more social media traction while sharing their travel dreams.

They Became a Fitness Couple

The couple created social media accounts related to fitness, which allowed them to also share their trips to places like Thailand, Colombia, Panama and Costa Rica. Dan has 45,000 followers on Instagram while Wendy has 140,000 followers on her page.

They Work Well Together

A lot of couples who work together find it really stressful. In some cases, it ends up ruining the relationship altogether. But Dan and Wendy were convinced that combining their time by being online fitness coaches would strengthen their bond and they were right.

The couple also has a joint Instagram account called True4you Fitness which has over 8,000 followers. They started the account in 2016, shortly after they got engaged. And now they inspire their followers with recipes, dieting advice, workout photos and uplifting quotes.

They Workout While on Vacation

The couple are highly committed to fitness, which is obvious since they share photos of themselves working out while they’re on vacation, too. But they’ve settled in San Diego, California to prepare for what’s to come in the near future.

They Get Deals on Traveling

Being influencers on social media has some major perks. The couple have gotten some pretty sweet deals on travel in exchange for talking about specific destinations through social media. Some of their trips were even sponsored.

They Have Big Fitness Plans

They launched a website called True4you Fitness, just like their joint Instagram account. But the site is a gateway that will allow them to help others change their lives through healthy food choices and fitness.

They Hold Each Other Accountable

Hennessey and Joseph value what’s on the inside as well as what’s on the outside. But they also motivate each other and hold each other accountable in order to continue staying fit. But one thing that never waivers is their love for each other.