Camila Villafane
Husband and Wife Kept the Same Surprising Secret From Each Other For Years January 15, 2021Leave a comment 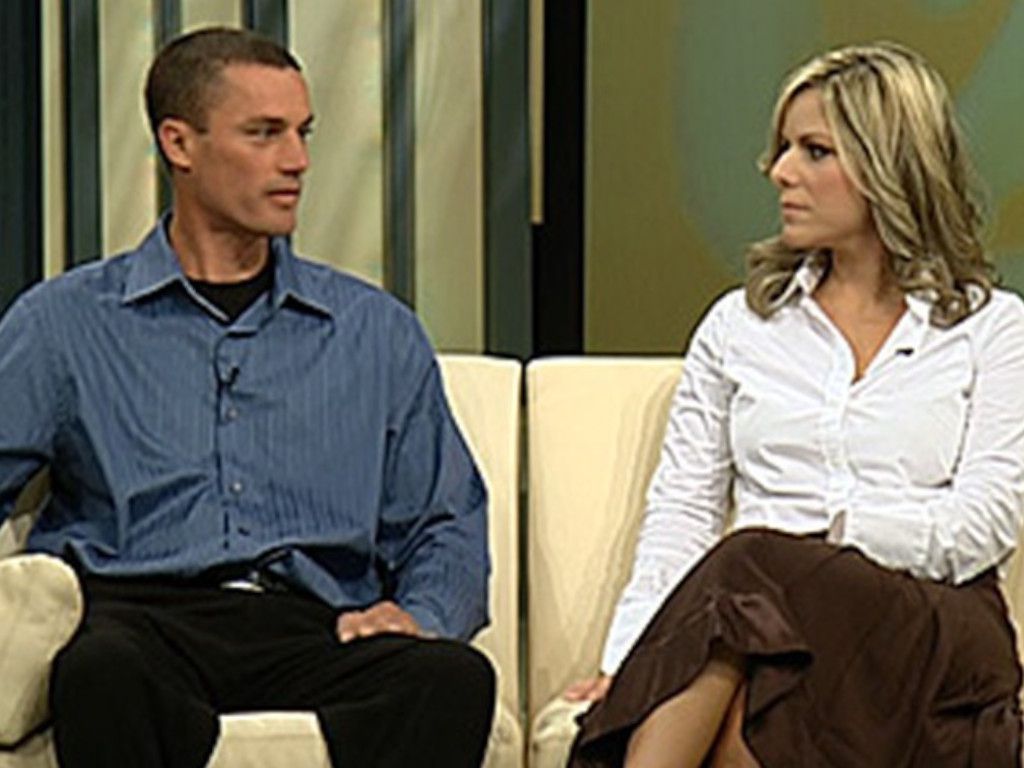 It’s easy to assume that a married couple is living in bliss, especially when they’re living in a house with a white picket fence. Unfortunately, some couples have huge secrets that tend to fester until they start to smell like old fish. Then the truth comes out, which is exactly what happened to Chris Tringali Nunes and her husband Joe.

Every Marriage Has Secrets

Yes. It’s true. Every marriage has its dirty little secrets and couples do their very best to keep those nosy neighbors out of the loop to avoid judgment. But secrets have a way of resurfacing no matter how hard one tries to keep them buried and that’s exactly what happened to Chris and Joe.

They Lived Blissfully for Seven Years

Chris and her husband Joe had been together for seven years and got married two years after they met. Aside from having a comfortable house, they had a child who came into the world two months after they tied the knot. But this was not the last child they were meant to have.

They Trusted Each Other

Two years after their first child was born, Chris gave birth to her second son. "I was really, really happy," Chris told Oprah on her talk show. "Joe always made me feel absolutely loved, and we absolutely trusted each other." But Chris was hiding a secret.

She Was the Picture-Perfect Wife

Chris did everything most people came to expect from a wife. She cooked. She cleaned. She was very supportive of Joe and she was a great mom to their two children, too. And yet, something about this picture-perfect life didn’t seem right to her.

She Thought He Was Her Happily Ever After

For five years, Chris had remained happily married to Joe and she planned on staying married to him for the rest of her life. But then, something clicked inside her head. It’s like she had an epiphany and realized that this was not what she wanted.

Something Had Changed in Her

Chris felt different. In fact, she was different. "I had an 'Oh, no! moment,'" she explained. She had tried to deny it to herself because she didn’t want to hurt Joe, but she had been hiding her true identity and she couldn’t do it anymore.

It Wasn’t a Typical Secret

Some people who have been married for a while tend to stray and look for someone outside of the relationship to be with. But that wasn’t the issue she was having. She thought she was physically attracted to her husband but she wasn’t.

She Wasn’t Attracted to Him Anymore

Most married couples will admit that they don’t find the person they married as attractive as they used to when they first met. But that’s pretty normal especially in long-term relationships. However, her lack of interest in her husband wasn’t personal.

Chris realized why she didn’t feel the same way she did for Joe that she did when they first met. In fact, she wondered if she had ever had these feelings at all or if she had been lying to herself. But she couldn’t do it anymore. She was a lesbian and, in her heart, she always knew she was.

She Had Crushes on Women

When she was a little girl, Chris had crushes on other girls and even wrote love letters to them. And when she was 19, she dated a woman. But she assumed she was going through an experimental phase, but then, something happened to her that made her realize, it wasn’t.

Third Time’s Not the Charm

Chris came to the conclusion she was a lesbian when she her third child. "I got pregnant with a little girl and something in me just wanted to be completely woman identified," she shared. "I could not suppress that anymore...my whole world changed. It was like a little lightbulb clicked on, and as much as I tried to click off the lightbulb, I couldn't get it to go off."

Her Tragedy Was Illuminating

Sadly, the baby girl was stillborn and it completely destroyed them. "It was the worst thing to ever happen," she explained. "I thought perhaps I'm being punished because I'm internally betraying my husband and my family. That was the moment when I really knew I have to be an authentic person, and I have to tell the truth, as painful as it's going to be."

She Tried Being the Perfect Wife

Chris had suppressed her feelings for other women for years because she wanted to be the very model of the perfect American housewife. But she was done living a lie and decided to tell Chris the truth.

Telling Him Was Very Painful

Chris planned on telling Joe she was gay over a nice meal but she got scared. Then another opportunity presented itself outside of a bookstore and she took it. "I said, 'Joe, I think after lots of soul searching and lots of reading and lots of praying I do believe that I'm a lesbian,'" she explained. "It was very painful to do."

He Was Kind and Supportive

Joe wasn’t angry. In fact, he was practically a prince about the whole thing, according to Chris. "He says, 'It's going to be okay. I love you. We'll get through it,'" she said. "And I thought, 'I don't know if he heard me.'"

He Started to Change

They went from sleeping in the same bed to Chris sleeping in another room. Then her husband started to change. "[Joe] went from very understanding to angry as we do [when] we go through the feelings of grief," she explained.

She Couldn’t Be With Joe Anymore

Despite their ups and downs, she and Joe were like best friends/roommates. But her decision to come out was never about disliking him physically. "It was about my personal connection with another person," she said. "When I thought about how I wanted to have an intimacy with another person...I knew it couldn't be with Joe anymore."

They Had to Split Up

Once they realized they had no future together, they filed for divorce. But while Joe recalls being stunned by his wife’s initial confession of being lesbian, he was actually kind of surprised that she beat him to the punch.

He Had a Secret, Too

Four years after the couple got divorced, Joe came out, too. "I came to the conclusion [that] I'm not going to be happy until I'm honest with myself," he explained. But was Chris surprised by her ex-husband's confession?

She Had an Inkling

Chris claimed that she had an inkling that her ex was gay, too. "I thought he'd come out first!" she said. But it surprised Joe to hear her say that she knew as he always felt he hid his orientation well. But what about their children?

One of Their Kids Paid the Price

Their two sons were 5 and 3 when the couple divorced. But by the time their son, Alex, was a teen, he had to deal with a lot of bullying as a result of having two parents who were gay. But is he angry at his parents for their decision?

He’s Very Supportive of Them

Despite the fact that Alex has been called names and dealt with emotional abuse at school, he’s very proud to call Chris and Joe his parents. "I love them for coming out," he explained. "They're not afraid to stand up to other people, and I'm just proud of them for coming out and living their own life."

Eight years after she and Joe appeared on Oprah in 2006, Chris revealed that she was now the wife of a woman named Jacki. As for Joe, he’s been dating a guy named Paul, who was also once married to a woman before realizing he was gay. But does it get confusing for Alex?

As far as Alex is concerned, having two parents is great, but now he has four parents. "I feel lucky because every day I have four loving parents to come home to, and they're just there for me," he shared. But why did his mom Chris go on “The Oprah Show?”

They’re No Different Than Straight Parents

Chris had a motive for sharing her story on the popular talk show. She wanted to show the world that there was no difference between gay and straight parents. "There are wonderful, fabulous families out there raising great kids like [Alex], and some of us are gay and some of us aren't," she shared.