Husband Cheats on His Wife with Her Sister, But She Has the Last Laugh

Camila Villafane
Husband Cheats on His Wife with Her Sister, But She Has the Last Laugh December 10, 2019Leave a comment 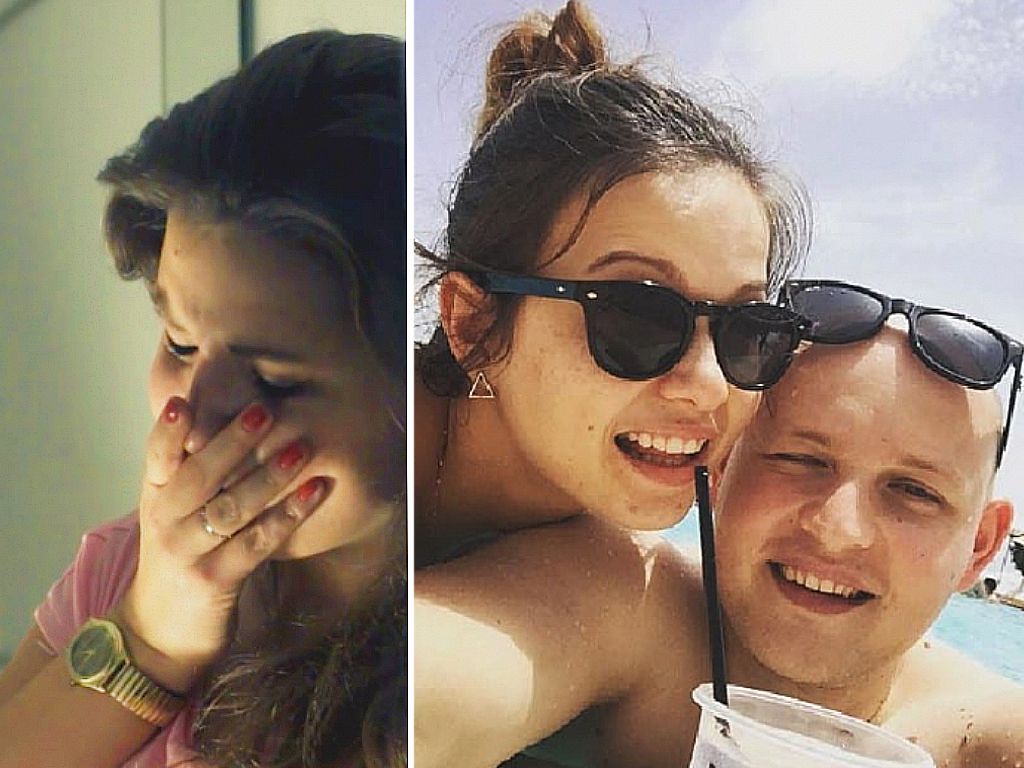 Laura knew that marriage wasn’t easy, but she didn’t realize she’d be dealing with money problems and quarrels over nonsense, too. And then, her husband Jack did the unthinkable and left her for somebody she knew. But she still got the last laugh in the end.

Their Love Story Started Out Okay

Laura and Jack met in college and started going out. After some time had passed, Jack proposed, and of course, Laura said yes. The two seemed pretty happy at first, but her family wasn’t convinced these two were the perfect match. It wasn’t just a gut feeling either.

There Were Warning Signs

Jack lacked ambition. He never pursued a career. He just worked at bars. But Laura was quite driven from the beginning, which is why her parents worried he would end up breaking her heart. But were they right to be worried?

Her Parents Didn’t Trust Him

Her parents were concerned for her happiness even before Laura and Jack walked down the aisle. They could tell she was in love, but they also believed she had a lot more to offer than he did. No matter what they told her, she was determined to marry Jack. But she would later come to regret that decision.

They Moved in Together

Once Laura graduated college, she moved into Jack’s tiny apartment. But it was a nightmare. There were leaks in the bathroom. The carpeting was old, and the walls needed new paint. Still, she decided to look on the bright side and even tried making the place homier, but he wasn’t keeping up his end of the bargain.

Their Budget Was a Joke

They couldn’t exactly save a lot of money since Jack only worked odd jobs every now and then. Although Laura was the main provider, money was tight. And while her parents were well-off, they didn’t give her any money because they were afraid Jack would spend it all. So, Laura took a risk.

Laura had been playing the lottery every week and kept her fingers crossed every time. But she hadn’t been lucky so far. To make matters worse, her relationship to Jack had started to break down. Soon enough, they started arguing about everything. And eventually, they stopped talking, but what he did to her was unbelievable.

Things Went From Bad to Worse

Things kept getting worse. Their rent had gone up and Laura had to take on extra shifts to make ends meet. But as the years went by, they fought about their career and their kids. She also wanted to go back to college, but Jack didn’t take her dreams into consideration. He was pulling away, but she was determined to focus on her future.

Jack’s bartending job had him working well into the late evening hours, which made it difficult for them to spend any time with each other. So, sometimes, Laura would stop by after her work shift to say hello. But that’s when she noticed his co-workers eyeing her suspiciously. Did they know something she didn’t?

She worried that Jack’s co-workers were acting weird because he was seeing someone else. But she put her suspicions aside when she won the lottery. Laura was able to quit her boring job and planned on doing something special for Jack, who had been working long hours. Then she came up with the perfect idea... or so she thought.

She Set Her Sights on a Romantic Getaway

Laura had picked Hawaii as her romantic getaway. It seemed like the perfect vacation spot to smooth away the wrinkles in her marriage. But while she was preparing for this loving gesture, Jack had been busy plotting something sinister behind her back this whole time.

She Was Left a Break Up Note

When she went to the fridge to take out a bottle of wine, she saw a letter that read: “Dear Wife, I am writing this letter to let you know that I am leaving you forever. The truth is that I have been a good husband to you in our seven years of marriage, and I have absolutely nothing from that. These last couple weeks have been really hard for me.” But that wasn’t the end of his hurtful words.

She Hadn’t Seen the Obvious

Jack’s letter continued to read: “Your boss told me that you left your job just today and that, well that was the final straw. Two weeks ago, when you came home after work, you didn’t even notice that I had cooked your favorite dish, that I had a brand-new haircut or that I had a new pair of boxers. You just ate for a couple of minutes, you watched all of your soaps and went straight to bed.” And then he did the unthinkable.

It Was Over Between Them

“The truth is that you don’t want to be intimate with me, and you don’t show your love in any way. Either you don’t love me anymore, or you are cheating on me, whatever the case, I have to say it is over and I’m leaving,” he wrote. And then she realized he wasn’t the only one who had betrayed her.

He Left Her in Tears

Jack also added, “P.S. Please, do not try to find me. Your sister Carla and I are moving to West Virginia together! Wish you the best and I hope you have a great life!” Laura started to cry. But then, she couldn’t stop laughing. Had she lost her mind?

She Let Him Have It

Armed with a cup of wine, Laura got on her laptop and wrote a response. “Dead husband, believe me one thing; getting your letter really made my day. Yes, it is true that we have been married for seven years, but a good husband is completely different from what you have been.” And she didn’t stop there.

She Addressed His Complaints

She continued to respond to each point that he'd made about why she was a bad wife. “Yes, I watch TV shows, but I do it because the soaps drown out your nonstop griping and whining, but this doesn’t seem to work.” And if her words had been a bat, she would have kept on swinging.

She Never Liked His Haircut

“And yes, I noticed your brand-new haircut, but the first thing that I thought was that you look like a girl. And you know I was raised not to say anything in case I cannot say something nice. For that reason, I decided not to speak about it or comment your haircut,” she added. But there was one point that Jack had made that left her confused.

He Got the Sisters Mixed Up

“When you made my favorite dish, you must have gotten me mixed with my lovely sister, since I stopped consuming pork seven years ago,” she wrote. She knew something was off, but she wasn’t sure what it was until he mentioned his new boxers.

The Answer Was in His Boxers

“When it comes to your new boxers, I didn’t comment since you still had the $49.80 price tag on them and I hoped that it was a coincidence that my lovely sister Carla had borrowed $50 from me the same day,” Laura wrote. But in that moment, she wondered if she had gone too far.

She Felt No Remorse

Laura no longer felt bad because she had done everything to save her marriage. She had repeatedly tried to arrange date nights. But he wouldn’t let her visit him at the bar. And yes, she was tempted to stray, but she chose to remain loyal to her husband. Now, it was time to think of herself for a change. But she still had more to say to her husband.

There Was a Reason for Everything

“But even after all, I still cared about you and loved you, and I believed that we might make this work. So, when I got lotto for 15 million dollars, what I did was quit my job and bought us two tickets to Hawaii. But, by the time I got home you were already gone. I guess there is a reason for everything,” she added, and then she threw two bombshells.

She Wished Him the Best

“I genuinely hope that you will have the life you always desired,” she wrote. “Moreover, according to my lawyer, the letter you sent me ensures that you won’t get a dime from what I got now. So, there is nothing more to say but take care,” she added. But there was actually one more thing to say.

Her Sister Had a Secret

Laura had a major secret to get off her chest, but it wasn’t hers. It was her sister’s secret. “P.S. I believe I haven’t told you this, but my lovely sister Carla was actually born as Carl. I hope that is no issue for you,” she wrote. And then she decided to do something for herself for a change.

She Had Served Her Revenge

Jack had left Laura for her sister, who was formerly her brother in law, but Laura was the one who had gotten the last laugh. And now that her response to her husband was sent, she called a cab and headed to the airport to jet to paradise.

She Was Alone and Loving It

Jack was no longer in her life, but there was no way she was going to miss out on a vacation to Hawaii. She was free do whatever she wanted and she was relieved that her suspicions of him had been right all along. Now she could live her life that way she wanted to without any extra baggage.