She Became a Pilot Just to Spite Her Ex, and It Kicked Off a New Life of Adventure

Matthew Loffhagen
She Became a Pilot Just to Spite Her Ex, and It Kicked Off a New Life of Adventure September 24, 2018 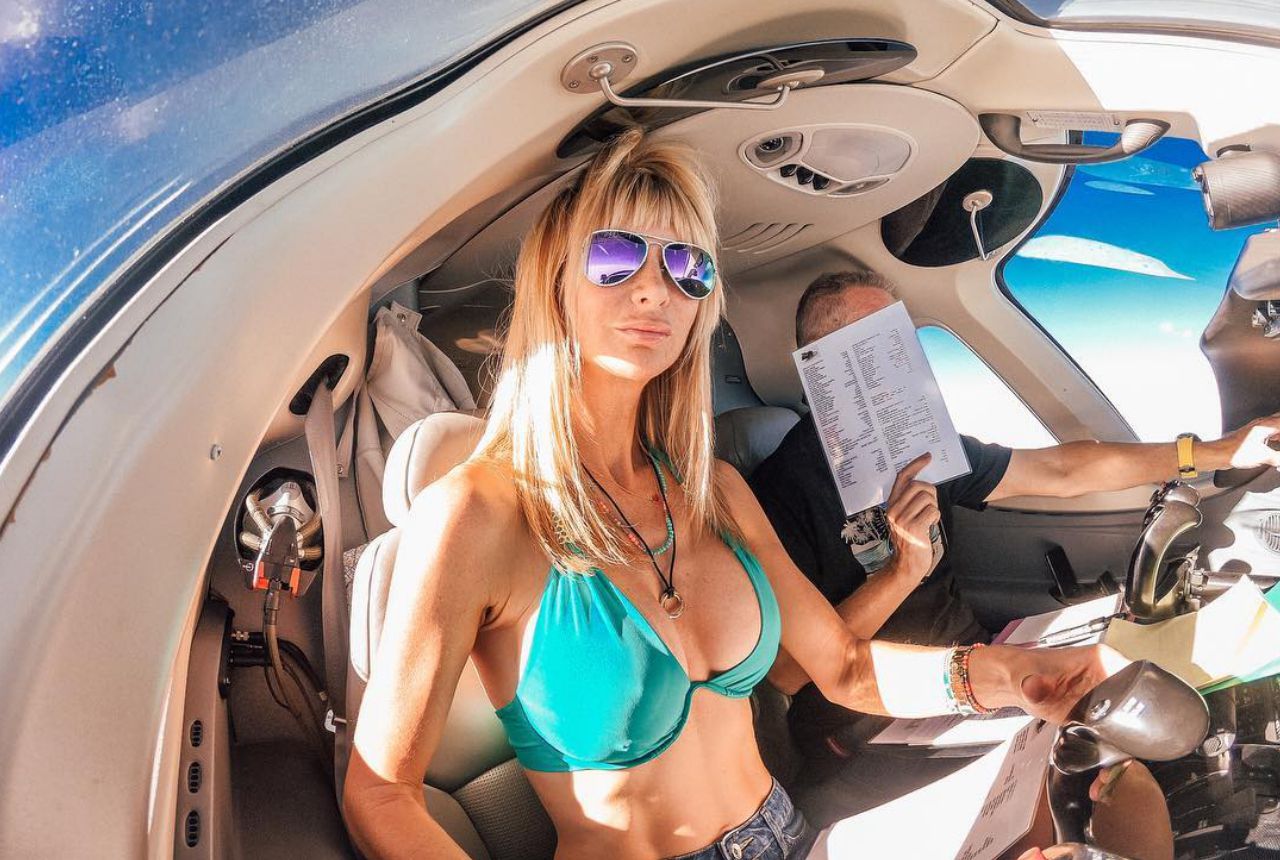 This is the story of one woman whose ex-boyfriend thought he was so cool just because he was a pilot. So this lawyer became a pilot to spite her ex, and kick-started a whole new life adventure...

Cristiana, who goes by the name of blondemouse on Instagram, hails from Verona in Italy. She’s a vegan with a spirit for adventure and (apparently) occasional lapses in judgement when it comes to boyfriend material. We all make mistakes.

The Life She Left Behind

Cristiana is a legal adviser by profession. Once upon a time, Cristiana began dating a commercial airline pilot, and things seemed to be going well for a time. Sadly, though, the magic didn’t last forever.

Cristiana’s boyfriend was very pleased with himself. Apparently this professional pilot thought he was somehow better than Cristiana, and went out of his way to tell her that she could never earn a pilot’s license. It would be too her for her. In that instant, everything changed.

A Change of Plans

Cristiana had never considered becoming a pilot before. She hadn’t ever thought about flying her own plane. But if her boyfriend thought she couldn’t do it, the she was going to prove him wrong, just to spite him.

A Revenge Plot Is Born

Believe it or not, Cristiana didn’t end up staying with a man who openly ridiculed her. Before long, their relationship had ended – but Cristiana’s love of flying was only just beginning to bloom. In spite of (or, indeed, because of) her ex-boyfriend’s derision, Cristiana was about to take off.

Taking to the Sky

It turned out that Cristiana was a natural in the air, and with some hard work and effort, she soon earned her wings. She fell even deeper in love with flying as she rose above the clouds at every available opportunity.

Cristiana’s vengeance had introduced her to a whole new world, filled with airborne possibilities. She loves the peaceful sky above the clouds, and appreciates the convenience with which, as a pilot, she can travel to different parts of the world. In fact, she’s been to plenty of very interesting places!

In Cristiana’s own words: "It’s the best feeling ever because everything is so much better from up there: the world is prettier, weather normally is better. Almost everything looks nice from a plane, even ugly places."

Cristiana, who still lives in Europe, has been able to fly all across the world. She’s been to thirteen different cities in the United States, as well as touring different parts of her home continent. But even still, her ex-boyfriend's legacy casts a shadow. It turns out that there’s a bigger problem that Cristiana now has to face.

Pilots Are All Alike

One thing that Cristiana wasn’t expecting to face upon gaining her pilots license was a wave of sexism. It turns out that her ex-boyfriend wasn’t one-of-a-kind, as apparently many male pilots similarly look down on her. The airline profession is filled with sketchy guys who think they’re amazing simply because they can fly, and who don’t like being challenged by women.

At first, Cristiana didn’t know how to deal with being looked down on because of her gender. This simply didn’t happen in her work as a legal advisor, so why were all the male pilots so insecure and hostile when confronted with women? But eventually, Cristiana came up with a plan to fight back.

One of Cristiana’s friends, who loved viewing her pictures from her travels, told her that she ought to be sharing them with the world, and documenting her adventures. Cristiana agreed – and, she realized that she could use this as a way to combat sexism. She just needed to find the right way to do so...

The answer lay on Instagram. Cristiana realized that she could use the platform to share her travel photos, and to help make it more normal and acceptable to see a woman behind the controls of a plane. It was strange to her that her male colleagues felt so threatened by her, so she hoped that her Instagram would help publicize the idea of a female pilot.

Since starting her adventure on Instagram, Cristiana has been able to share pictures from all over the world. Many of these photos are incredibly glamorous, as she poses with her plane or takes selfies while flying. In addition to helping spread the word about female pilots, Cristiana also hopes that her pictures will help promote another element of her lifestyle...

Cristiana has been vegan now for more than 10 years. She initially made the decision out of compassion for animals, not wanting them to suffer just so that she could eat meat. Along the way, though, she discovered another tremendous benefit of this lifestyle.

Believe it or not, Cristiana is 43 years old at present. She attributes her youthful appearance to her vegan diet, and it’s hard to argue with the results – if not eating meat or dairy is a successful way to beat the middle-aged spread, this lifestyle might just catch on.

Speaking about her lifestyle choices, Cristiana says: "Every type of life is at the same level and should be respected. I want people to understand that being vegan doesn’t mean having a boring life without any pleasure. It’s just the opposite."

As with many Instagram users, Cristiana also likes to use the platform to show off her own unique fashion sense. Her outfits are carefully chosen, and her look is deliberately designed to show off her unique personality. Cristiana’s viewpoint on the world is absolutely fascinating.

According to Cristiana: “It is possible to have fun, to go to beautiful places, to wear sexy or stylish clothes, to be a fashionista, to eat delicious food all whilst respecting animals”. But this doesn’t mean that her life is always easy...

Considering all that she’s achieved, it’s no surprise that Cristiana is a driven, focused person. When she wants something, she sets her mind to it, even if her goal isn’t all that easy. According to Cristiana, this meshes perfectly with flying, which isn’t exactly a walk in the park.

Says Cristiana: “Flying is interesting, challenging. You need to concentrate, to make decisions. You can never relax during a flight, you have to be attentive, precise, to keep on checking and to be ready for whatever happens. So once you are able to do things properly, it is very satisfactory."

The great thing about flying, says Cristiana, is that you don’t have to stay in one place for very long. “If you go somewhere and you get bored you just choose another destination and take off again. Flying yourself gives you a lot of freedom."

We should all take a lesson from Cristiana and her adventures. When someone tells us we can’t do something, it’s worth taking that challenge and seeing what we can accomplish. You never kno; you might just find your calling in life.