Camila Villafane
Woman Whose Family Thought She Was Traveling in Asia Was Pulling a Fascinating Prank September 20, 2018 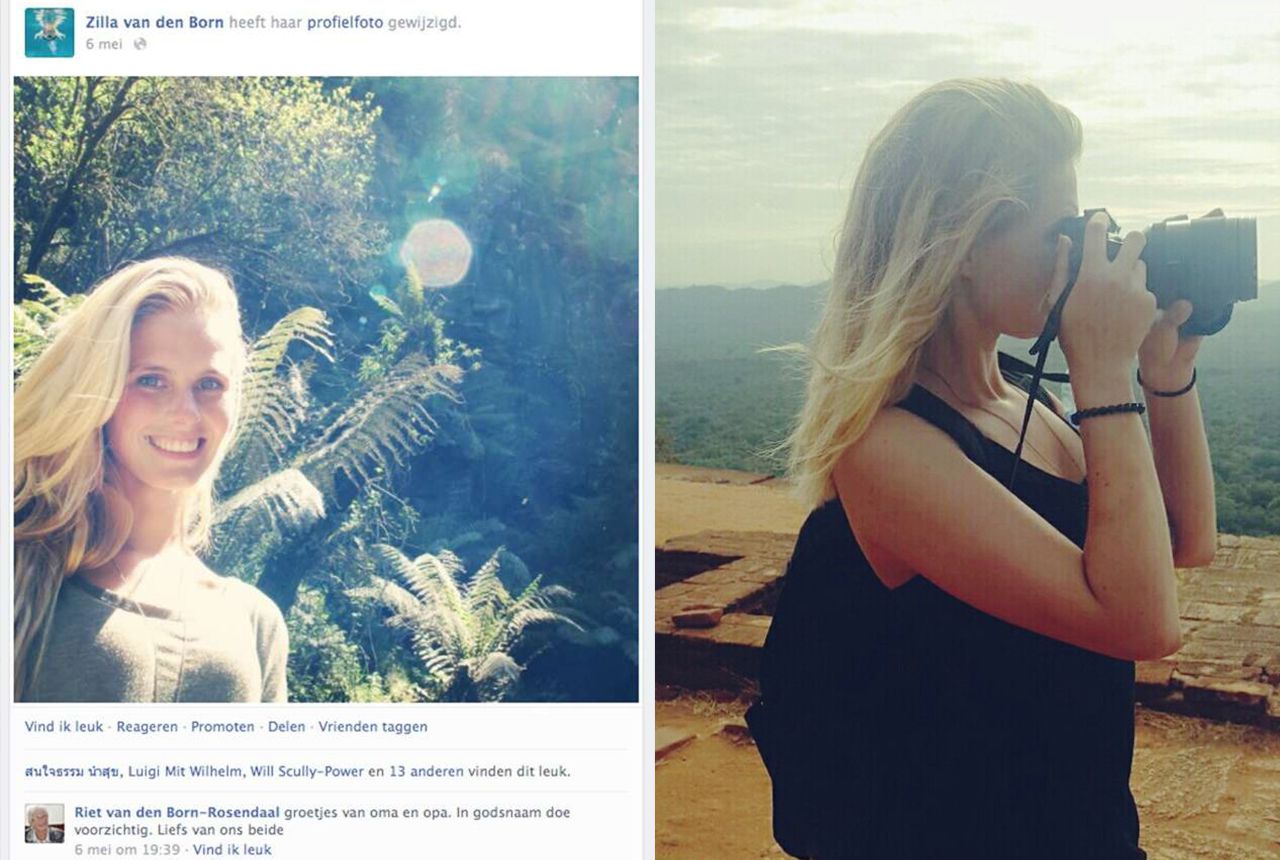 A woman supposedly traveling the world turns out to be a prankster. Because she revealed to her family she never even left their town. So how did she pull off the elaborate ruse?

Don’t you just find those photos of your friends and family on a tropical island frustrating? It’s almost as annoying as those captions they post like “Just hanging out!” But what if their lives weren’t as perfect as it seems online?

Zilla van den Born, a Dutch student, made her friends totally jealous when she posted photos of her incredible Southeast Asia adventure on Facebook. And she simply couldn’t stop herself, after all, she was surrounded by beauty and adventure!

Wish You Were Here

Van Den Born’s jaw-dropping photos documented her incredible Asian experience, which included visiting sacred temples, eating exotic dishes, and relaxing on some beautiful beaches. And her parents never imagined she’d have such a great time….but neither did she.

Have a Nice Trip

Van Den Born’s parents had dropped her off at the airport. They were happy that their daughter would get to visit Laos, Cambodia, and Thailand during her one-month vacation. Not only would this trip make her grow as a person, but she’d also get to relax and meet incredible people along the way…or would she?

In reality, Van Den Born had fooled all of her friends and family regarding her vacation. She played them all, and was hiding a deep secret, and no one saw it coming. But what was her endgame? Did she simply need a vacation from her regular life? It turns out, there was a reason behind her crazy antics.

Van den Born was so clever that no one had any reason to doubt her seemingly perfect trip to Asia. She posted tons of photos on social media visiting random places and seemingly having the time of her life. She even included a photo where her family was waving goodbye. But once they waved goodbye at the airport, Van den Born didn’t actually get on that plane.

The brilliant Dutch student hopped on a train and headed back to Amsterdam. From that point on, she spent the next 42 days fabricating the perfect lie with a little help from Photoshop and some creative thinking. But there was a reason for it.

All of the photos she took were snapped in various areas throughout Amsterdam. She also used her very own swimming pool to fake some underwater shots. But her deception presented a major challenge.

When this Dutch woman faked going on a trip to Southeast Asia, she meant business. She knew she’d have to leave her home eventually, but she would also have to live undercover the entire time while she fed everyone fake status updates and images about her “incredible trip to Asia.” But how would everyone react when she confessed the truth?

Lying on Facebook isn’t exactly shocking. Some people are so good at it, that they make it seem effortless. But Van Den Born really pushed the envelope on making everyone look like a bunch of fools…for a while.

She told everyone she was heading to Southeast Asia, and in a sense, she did. But she traveled from the comforts of her own desk, and used her computer to learn more about Laos, Cambodia, and Thailand.

The graphic designer student preferred to stay indoors so she wouldn’t run into anyone. But sometimes, she had no choice but to go out, and when she did, she wore a hat and some sunglasses. She truly did construct the perfect lie and lived it.

Van Den Born posted a couple of photos of some mouth-watering Thai meals. And everyone assumed she had ordered them at a restaurant. But she actually bought the ingredients at a grocery store and prepared them at home. She was really committed to making her lies as believable as possible.

Recreating a holy place at home sounds tough, but Van Den Born handled it like a pro. She built a set in the garage, and with a little digital help, everyone thought she met some Buddhist monks at a temple.

She turned her place into a lovely hotel room using simple things like draped fabrics and fairy lights. But Van Den Born realized that she also needed to get a couple of convincing outdoor shots too.

Since the Dutch student had already used Photoshop before, it was easy for her to digitally add herself to the backgrounds of various places like tropical gardens, and exotic beaches. She even sent people souvenirs. But was Van Den Born simply out of her mind?

She used her local swimming pool to photograph herself snorkeling. It was so convincing that she decided to make a postcard out of it. Then she sent it to her loved ones. And she didn’t make it easy to spot her deception. She actually went one step further!

Photos can be faked, but videos are usually pretty solid, which is why she filmed herself planning her entire travel itinerary using a huge calendar listing. There was no reason to question her, but she should have been.

Van Den Born posted her story on her site, but has since taken it down. However, The Huffington Post learned that her entire trip to Asia was actually a school project. And she was determined to send a very important message. “I did this to show people that we filter and manipulate what we show on social media.”

Everyone has a way to justify what’s the truth and what’s a lie. But Van Den Born only wanted to prove that society distorts what’s real all the time, and it’s really easy to do it too. Finally, it was time for Van Den Born’s project to come to an end, and she had some explaining to do.

Once her 42 days were up, her college project was complete. So, she finally told her friends and family the truth about her trip. She even went as far as to document their reactions and filmed the entire thing, but there was one person she didn’t tell.

Everyone But the Beau

Van Den Born had lied to pretty much everyone she knew. But according to The Huffington Post, she didn’t tell her boyfriend. But it’s not clear whether he was in on the deception or not. Then again, nobody’s perfect, so it wouldn’t be surprising to find out that she would’ve gone as far as to deceive him as well.

Word eventually got out. And the story about the “Dutch woman faking a trip to Southeast Asia” went viral. Pretty much everyone was covering her story, which served the project’s purpose. Now people’s eyes are open to what truly happens behind those gorgeous social media posts.

While she was on “vacation,” Van Den Born fooled her parents in every way possible. And her home, which she had renovated to look like a temporary Thai hotel, worked like a charm when she Skype called her parents.

It’s possible that some of Van Den Born’s friends may have been a little upset that she pulled the wool over their eyes. But we should probably be high-fiving her for allowing us to see how vain our society has become. Behind those perfect Instagram shots, there could be a broken person, or a relationship that is anything but perfect. Her project simply proves that social media is nothing but an illusion.