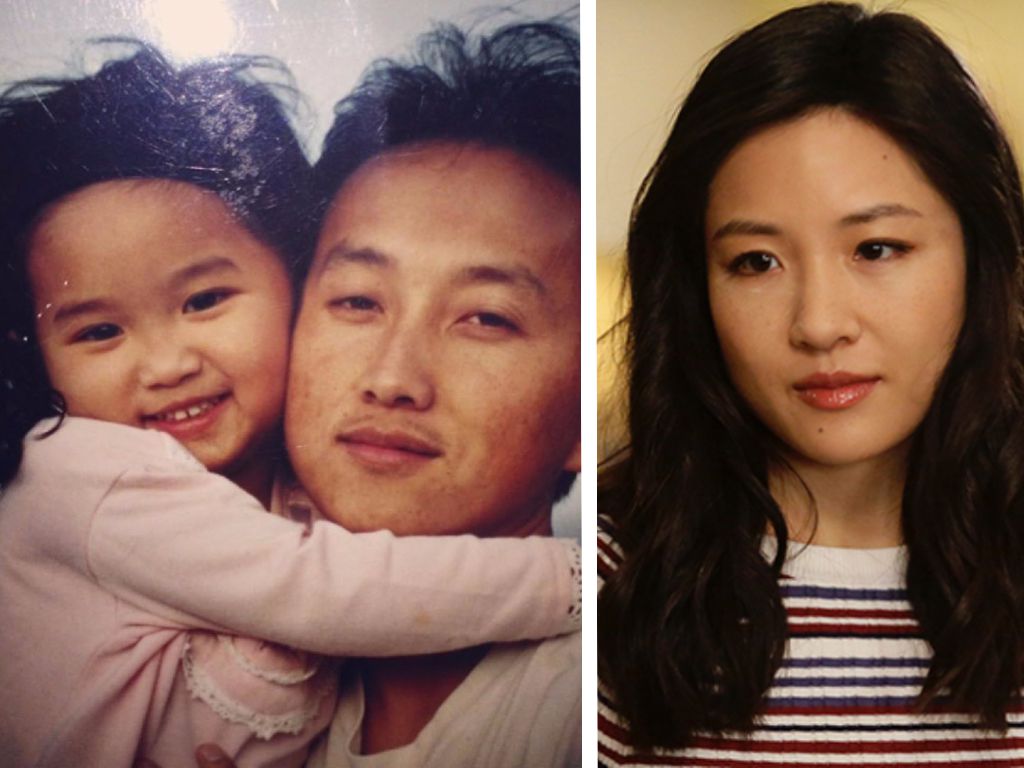 Megumi was just a baby when her father walked out on her and her mother. In the years that followed, instead of going through life without a father figure, her mother, Asako decided to pay an actor to deceive the young girl into thinking he was her estranged father. Keep reading to discover the full craziness of this huge family lie.

Bullied for Not Having a Dad

When Megumi was about ten years old, Asako noticed her daughter becoming very quiet, withdrawn and experiencing obvious changes in her behavior. Eventually Asako discovered that her daughter was a victim of bullying, which is unfortunately common in Japan amongst children of single parents.

A Mother's Search for Help

Asako sought help from the teachers at Megumi’s school, but when that didn’t work she was at her wits' end. However, another plan hatched in Asako’s mind to help her struggling daughter, but her plan would be the beginning of a long and complicated lie.

How to Solve the Problem

As a parent, it would be ideal to put a stop to the bullying with perhaps getting the parents of the bullies involved. But this wasn't the route Asako took. Instead, hiring an actor to play Megumi’s father was the most appropriate action in order to put a stop to the taunting and teasing.

Hiring a father figure for a child may sound an absolute absurd thing to do to us in the Western world, however, in Japan employing a "rental relative" is not uncommon.

In Japan there are literally agencies which you can contact to hire an actor to fill in for somebody who is either MIA or non-existent. For example, need a date to your cousin’s wedding so as to not get grilled by your family on why you’re still single? These businesses have your back!

With these agencies being so popular in Japan, Asako decided to hire a man to fill in for Megumi’s dad. She auditioned five hopefuls and eventually ended up hiring Mr. Takashi. "I found him the easiest to talk to. He’s very kind and sweet, so I just followed my instincts", Asako said in an interview with the BBC.

Takashi had quite an experienced background in his career as a fake companion. He had posed as boyfriends, business men, friends and fathers. He even attended five fake weddings as the groom!

Preparing for the Role

Takashi studied films to help him get into the character of Megumi’s father. In an interview with the BBC, he mentioned how watched "Little Miss Sunshine," a film about a dysfunctional family on a bonding road trip and "The Descendants" with George Clooney, which is about a careless parent forced into fatherhood after a family tragedy.

Asako and Takashi met numerous times to discuss his role before he met Megumi. She outlined what type of father she wanted him to be and her requests for when she introduced the stranger to her daughter.

Asako wanted Takashi to apologize to Megumi for abandoning her saying, "Firstly, I wanted him to say how sorry he was that he couldn't be in Megumi's life until then. Secondly, I wanted him to listen to whatever she wanted to tell him."

Asako told her daughter that her father had remarried and had a new family but wanted to get in touch with his first child. A shocked ten year old, Megumi eventually agreed to meet the man she believed was her real father. Takashi would now become Yamada, Megumi’s father, which would become his longest role to date.

Takashi still recalls his first meeting with Megumi saying, "It was a very complex emotion that was there," he says. "She asked me why I hadn't come to see her before, and I felt her resentment." He began to see Megumi and her mother a couple of times a month and the ten year old's behavior began to noticeably change.

According to Asako, "After a while, Megumi became much happier and more outgoing. She loved to talk, she was lively— she even wanted to go back to school, and that's when I thought, 'This has all been worth it!'"

The Cost of a Father

Takashi’s services came at a price. He needed to take on fake names, personalities and had to lie regularly, but was strict about not breaking the law. And now he had taken on a new complex role as Megumi’s father which cost Asako around $90 a visit.

Although Asako earned a comfortable income, she had to work extra to pay for Takashi’s services. When she saw how happy her daughter was, Asako believed it was money well spent.

Takashi remembers how, "Gradually she became happier and more confident," he says. "I used to meet her with Asako, the three of us together, but one day she said, 'I want to go out with my father, just the two of us,' so I took her out and she held my hand for the first time."

Ten years after their first meeting, Takashi is still playing his longest role to date as the father of Megumi, now a young adult. He says that his character, Yamada has grown very close to his daughter and loves her the way a father would love his daughter. But Takashi does not love her like she loves him.

This twisted relationship gets even more bizarre as Takashi’s character becomes closer with the mother and daughter, feeling like a part of the family. To make things more complicated, Asako admitted to developing feelings for Yamada, the fictional character played by Takashi.

"When the three of us are together, I feel so at peace. We talk, we laugh and we are very kind to each other. He’s been in our lives for such a long time now. I would like to marry him and become a real family", Asako admitted to the BBC, clearly becoming a fool in her own web of lies.

"Switching personalities and identities is very important in this job," he said. "But I'm human, and so, of course, it would be a lie if I said I don't feel any emotional conflict saying, 'I love you,' to that child. But this is a business, I have to do it, and I have to keep reminding myself of that."

Asako Has Had to Accept That He Is Not Real

No Plans to Come Clean

Asako has affirmed that she would like Takashi to continue his role as Yamada indefinitely, creating a wider web of lies and deceit. Inconsiderate of the psychological damage it would and already has caused her daughter, Asako has said "The ideal situation is that she continues to think of him as her father."

A Lie for Life

Asako has agreed she would love Takashi to be there when Megumi gets married and act as a grandfather to her kids one day. Takashi understands that the stakes may get bigger and bigger and the lies would grow arms and legs if he has to play the role of a grandfather to Megumi’s kids.

Takashi Hopes Megumi Would Thank Him

If Megumi were to ever know the truth, Tekashi said, "I'd like to think that she might thank me for taking care of her - I think I've been a big support in her life... Maybe asking her to thank me is a bit excessive, but at least I'd like her to recognize our service."

Asako stands by her decision to lie to her daughter about her father, saying she did it to save her. "I know some people think it's foolish to pay money to lie to my own daughter and to have a pretend father, but I was desperate," she said.

Now an adult, Megumi to this day is still under the impression that Takashi is her biological father. Takashi is still playing the role of Yamada and Asako continues to pay him for his service. For the purpose of the interview with the BBC, all names were changed to prevent Megumi from knowing the truth.