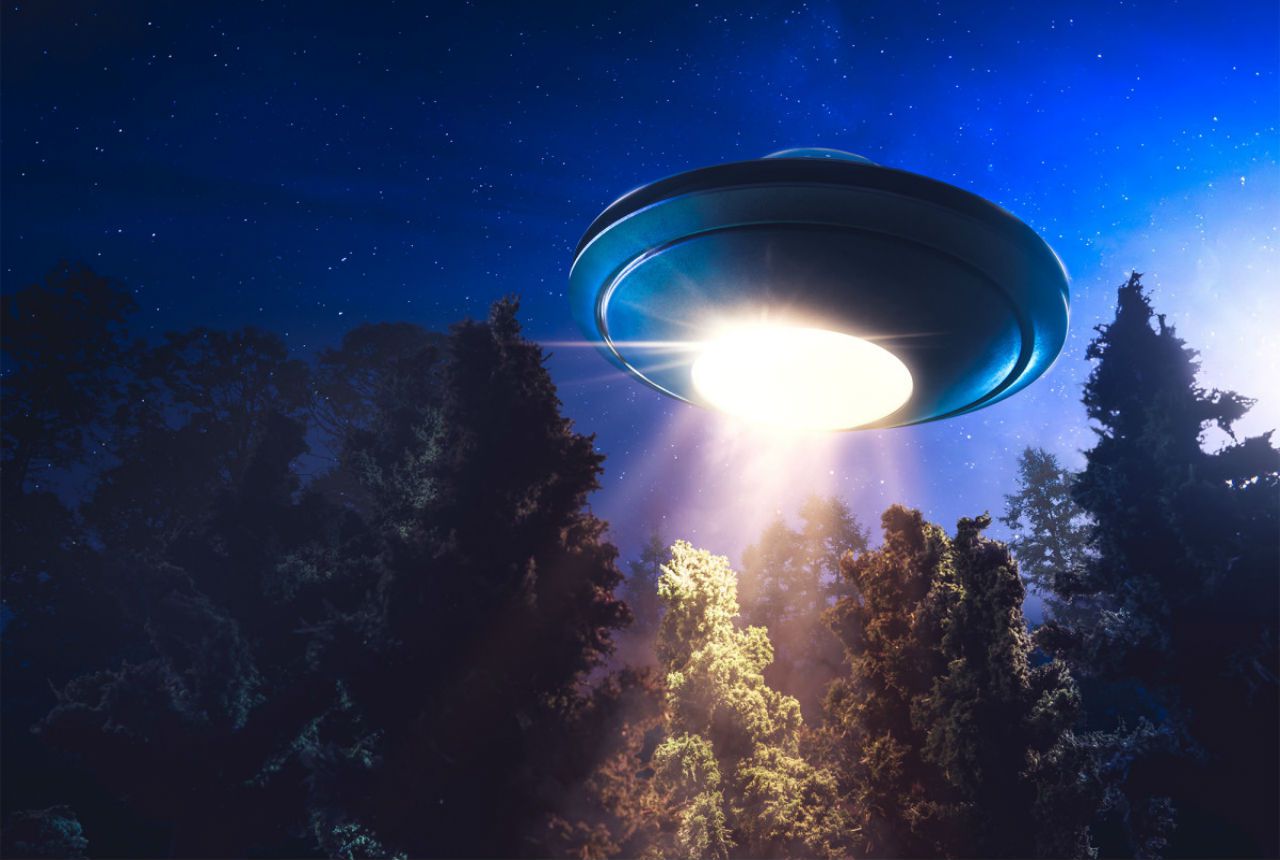 For years, real alien sightings have puzzled and confused experts. Whether they're UFOs or messages in the stars, there's plenty of evidence that we're not alone in the universe.

In 2004, Commander David Fravor spotted what he described as flying “Tic-Tac” UFOs, which appeared to be moving faster than possible by traditional aircraft, and doing so against a strong wind. This was all caught on camera and certainly doesn’t look like anything we’ve ever seen before.

NASA livestreams often manage to catch compelling UFO evidence. One such stream, from 2016, displaying footage of the Earth from space, gives just a brief look at a mysterious golden object before NASA mysteriously cut the feed. Is this evidence of something that NASA doesn’t want us to see?

Similar to the Golden UFO, a 2011 livestream of the launch of NASA’s Endeavour space shuttle showed a mysterious white object floating high above the Earth. As with the Golden UFO, after this appeared for a second, NASA mysteriously cut the feed, and audiences were left without a good look at whatever might be up in the sky above us.

Astronomers have recently spotted “Fast Radio Bursts” (flashes of energy from across the stars) that are likely the result of huge explosions. What’s fascinating is that this latest radio signal repeated six times, which suggests that it could be aliens attempting to send a message.

Bacteria On The Outside Of The ISS

In 2018, it was discovered that bacteria was living outside the Russian side of International Space Station. This could be a result of simple contamination, but it could be the result of random alien bacteria that are constantly floating through space.

In 2015, Fighter pilots spotted a white oval flying through the air without any wings or exhaust plume. The UFO (nicknamed "GO FAST") moved faster than should be possible for any man-made craft, and no explanation has ever been given.

In 2015, the Curiosity Rover spotted some organic matter on the surface of Mars. Following several years of research, scientists still aren’t entirely certain of how it got there, but one prevailing theory is that it came from an asteroid. Which is also how many experts believe life began on Earth.

In 1950 in Great Falls, Montana, Nick Mariana recorded camera footage of two UFOs flying through the sky. Decades later, experts are still unable to agree on what exactly Mariana caught on film, especially amid rumors that US Army officials confiscated parts of the footage that showed the UFOs rotating and turning in the sky.

The director of movies including “The Shape of Water” and “Pan’s Labyrinth” is certain that he’s seen a UFO up close. Speaking about the experience, Oscar-winner Guillermo del Toro said that he’d never been so scared in his life, but he was disappointed that the UFO looked exactly like we’d all expect — a round, flying saucer — when he’d hoped it would look a little less cliche.

In 2018, NASA tweeted out a photo that had been taken by the Curiosity Rover on Mars. What NASA refers to as “stick-like figures” could be many things, but some suspect that they might be fossils of alien life forms that died long ago.

Laser Battle in the Skies Above Area 51

In 2018, a casual observer in Nevada noticed a series of flashing lights in the sky, not too far from Area 51. Because this was the era of the smartphone, the eyewitness also managed to snap some pictures, and they do look very compelling. This looks a lot like a laser battle.

The Pentagon is Investigating UFOs

Last year, it was revealed by the Pentagon had been secreting away $22 million in funding every year for the sole purpose of investigating UFO encounters. This was done in quiet so as to keep it hidden. Apparently, the US government has something to hide.

For years, witnesses have been reporting a specific kind of UFO named the TR-3B (Also called the “Black Triangle”), which is recognizable for its three bright lights arranged in a triangle format. Photo evidence of a sighting over Russia is hard to deny. This isn’t just a plane.

Proxima Centauri Has a “Goldilocks” Planet

It’s not the most exciting of findings on this list, but NASA has confirmed that our nearest neighboring  star, Promixa Centauri, plays host to a “Goldilocks” planet, one that is not too hot or too cold to support alien life. With another planet similar to Earth so close to our own, it’s possible that there could be aliens living not too far away.

In 2018, observers in Oregon spotted a slow-moving light trail in the night’s sky. It was far too slow to be a meteorite, so if it wasn’t falling to Earth at a traditional speed, what could it have been?

In its decade-long mission to explore Saturn and its moons, the Cassini space probe spotted some intriguing evidence of alien life within our solar system. The probe found that Saturn’s moon of Titan contains vinyl cyanide, a key chemical for the development of cellular life.

Mars Contains Too Much Methane

Levels of methane found in the atmosphere on Mars appear to fluctuate wildly throughout its annual cycle. Experts suggest that this could well be because of alien life forms, living under the planet’s surface, which are only active during certain times of year, and which are pooping, creating a likely sign of organic life in their methane output.

While traveling in Apollo 11 en route to the moon, Buzz Aldrin spotted a mysterious light that seemed to follow alongside the space craft. There has never been any explanation given for this light, and while Aldrin denies that it was a UFO, that hasn’t stopped people from speculating.

A Time Capsule Under the White House Contains Alien Knowledge

According to a former aide of Richard Nixon, at some point in the 1970s, the U.S. government was in contact with an extra-terrestrial. All knowledge and evidence of this was then buried somewhere at the White House. This may sound a little shaky, but it wouldn’t even be the weirdest thing Nixon did during his presidency.

Similar to Fast Radio Bursts, gamma rays could contain messages from aliens. Experts suggest that the patterns of radiation we see in the stars could come from very powerful aliens who are smashing stars together in order to try and communicate with us (or anyone else who might want to listen).