Hot Takes: 25 of the Most Unpopular Opinions (That Are 100 Percent Right) 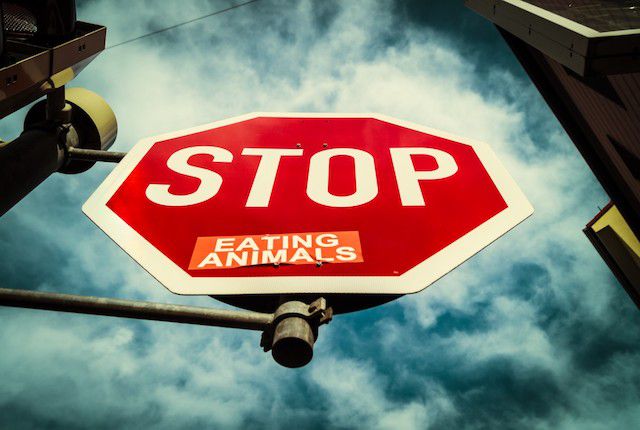 There are things that many of us can agree on. Pizza is a universally delicious food. Dogs are dumb and hilarious and adorable. There have been more bad movies in the last 10 years than good ones. But some things, we will never agree upon. And some unpopular opinions — like these here — may go against the grain, but they’re 100 percent correct (and I will 100 percent fight you on it).

Unless you’re willing to drop some real dough on high quality imported brie, the stuff you’re picking out of the deli section of the local Vons is cheap and gross and tastes like any other shrink-wrapped hunk of cheddar. You only like cheese because it’s actually addictive, and places like Urban Outfitters make T-shirts that celebrate it.

[dx_custom_adunit desktop_id="RTK_K67O" mobile_id="RTK_5yk0"] Bacon, and the entire culture that celebrates it, is awful. It’s cured meat. There’s no reason it should be anywhere near candy, cologne or interior design. If you love bacon enough to wear it, chances are you’re in need of a real hobby.

It’s easy to buy a service certificate off the internet for a few bucks that’ll grant you the ability to bring your beloved doggo on an airplane or to the movies or whatever. But 90 percent of the time, that certificate is complete bulls---. And bringing an emotional support turtle inside a restaurant is a slap in the face to people who actually need the help of a trained animal.

Southern California Is Not At All a Paradise

Balmy, 75-degree weather year round is incredibly boring. No one understands how to drive or generally function as a member of society. And people are self-entitled and mean. Plus, it costs more to live in Southern California than pretty much anywhere else, and credit card debt is inescapable.

[dx_custom_adunit desktop_id="RTK_K67O" mobile_id="RTK_5yk0"] Have you ever had to share as plane with a child aged 2 to 12? It’s an actual nightmare. They’re restless and loud and their parents never seem to have full (or any) control over them. And how is it that they take up more space than three grown adults combined?

Flavored Coffee Gets a Bad Rap

Coffee culture is a snobby sort of business these days, and, somehow, flavored coffee got pushed to the bottom of the chain, landing somewhere near the dregs served at 7-Eleven. But there is nothing wrong with a cup of French vanilla or Texas pecan, especially when it saves you from having to add cream and sugar.

When did these become a thing? One second, the Instagram explore page was filled with terrible memes and dad jokes, and the next, all there is is slime. And soft sounds. And people trying desperately to get likes based on relaxation responses. But mostly slime.

[dx_custom_adunit desktop_id="RTK_K67O" mobile_id="RTK_5yk0"] Not everyone requires the whole three-solid-meals-a-day thing. And there’s no proof that people who eat breakfast are any better off than those who don’t. While we’re at it, turning a bag of popcorn into a meal is OK too (but not necessarily recommended on a regular basis).

The Movie Mid90s Is Overrated

Not to say that "Mid90s" isn’t a good movie; it certainly is. But it isn’t as good as critics make it out to be. The reason critics love it so much is that Jonah Hill made a point of pandering to their sentimentality regarding their childhood, from the actors’ wardrobes all the way down to the 4:3 aspect ratio.

Horror fans have been waiting for a genre film that could qualify as a critical success for years, and "Hereditary" just happened to come along at the right time. There’s nothing especially wonderful about it, outside of Toni Collette’s performance. It’s predictable, and that of-the-rails third act ruined any promise the first half of the film carried.

Nicolas Cage Is a Good Actor

[dx_custom_adunit desktop_id="RTK_K67O" mobile_id="RTK_5yk0"] Typically, when you think of Nicolas Cage, what immediately comes to mind is "Face/Off" crazy eyes, "Con Air" Pantene-level hair, or "The Wicker Man" and “The bees!” But let’s not forget that Cage is an Academy Award winner twice over, and for all of the garbage he’s put out, he’s still given us some incredible performances.

Look, it’s a budget airline. And with that comes some budget-level practices. But having to pay for a cup of coffee or a pack of peanuts isn’t all that bad when you’re only paying $40 to fly across the country. Plus, they have some of the greatest flight attendants you’ll ever meet.

Dietary Restrictions Are Not Personality Traits

[dx_custom_adunit desktop_id="RTK_K67O" mobile_id="RTK_5yk0"] We get it. You don’t eat meat, for the animals. That’s cool, no one’s asking you to chow down on a slab of beef ribs. But spare us your pins and your tattoos and your Instagram accounts dedicated solely to proving your only worthwhile quality is the fact that you dig salad.

Neither Are Personal Traumas

We’ve all been through some deep, traumatic stuff in our lives. And, certainly, some people have had it worse than others. But surviving an abusive relationship is a life event, not a defining characteristic. And it definitely shouldn’t be a tagline on an online bio.

People Who Aren't Friends with Their Exes Aren’t Worth Dating

Breakups are tricky, but if things end on fairly copacetic terms, there’s no reason two people shouldn’t be able to remain friendly with each other. And if someone feels the need to completely cut off an ex for no good reason, they’re too immature to be in a relationship with someone new.

Friends Is Not a Good Show

[dx_custom_adunit desktop_id="RTK_K67O" mobile_id="RTK_5yk0"] For whatever reason, "Friends" has become one of the most iconic TV series of all time. Why? The characters are all pretty terrible, and that whole Ross-and-Rachel dynamic has always been toxic AF.

The Beatles Are Terrible

So maybe this isn’t one of the most unpopular opinions out there. Lots of people, even serious music fans (the ones with good taste), sniff at the Beatles. But it bears repeating. Because the Beatles are just One Direction of the '60s. And now you’ll never think of them as anything else.

And Post Malone Is Everything That’s Wrong with Music

Post Malone is the glorified Grammy version of today’s Soundcloud rapper. His synth pop hip-hop vibe is fine if all you’re looking for is music to get high on codeine to. But his lyrics are atrocious, and there’s nothing about him that’s especially unique or praiseworthy.

[dx_custom_adunit desktop_id="RTK_K67O" mobile_id="RTK_5yk0"] Seeing your military spouse for the first time in a year is an incredibly emotional experience... for you. And your spouse. But filming it and putting it up on the internet to garner attention from millions of strangers does nothing except cheapen the moment. And it makes you look like a real dick.

Jennifer Lawrence Is a Terrible Actress

Jennifer Lawrence continues to get cast in roles that are way outside of her skill level. Because, at some point, America decided she was quirky and pretty and had a body type that was attractive but still relatable for the average woman. But she sucks at playing women who are in their 40s. Probably because she’s in her damn 20s. And accents will never ever be her thing.

Wreck-It Ralph Is a Way Better Movie Than Brave

Both films came out in 2012, and "Wreck-It Ralph" seemed to be Disney’s big comeback to the animation game. But "Brave" still managed to beat it at the Oscars that year, for really no other reason except that it was a Pixar film, and the Academy sure does love their Pixar films. It’s been seven years, but I'm still salty.

But Frozen Was Downright Terrible

[dx_custom_adunit desktop_id="RTK_K67O" mobile_id="RTK_5yk0"] "Frozen" is trash. And not at all worth the level of hype that surrounded it. Sure, Idina Menzel is a talented vocalist. But there have been far, far better animated movie songs than “Let It Go.” Plus, as far as sidekicks go, Olaf rates about a four.

Pineapple. On Pizza. Is delicious. It’s sweet, and its sweetness balances the saltiness of the rest of the toppings. Anyone who can’t appreciate the subtle nuanced flavor balance between sweet and savory pizza toppings doesn’t deserve to eat pizza.