The Coolest Social Media Influencers Over 50 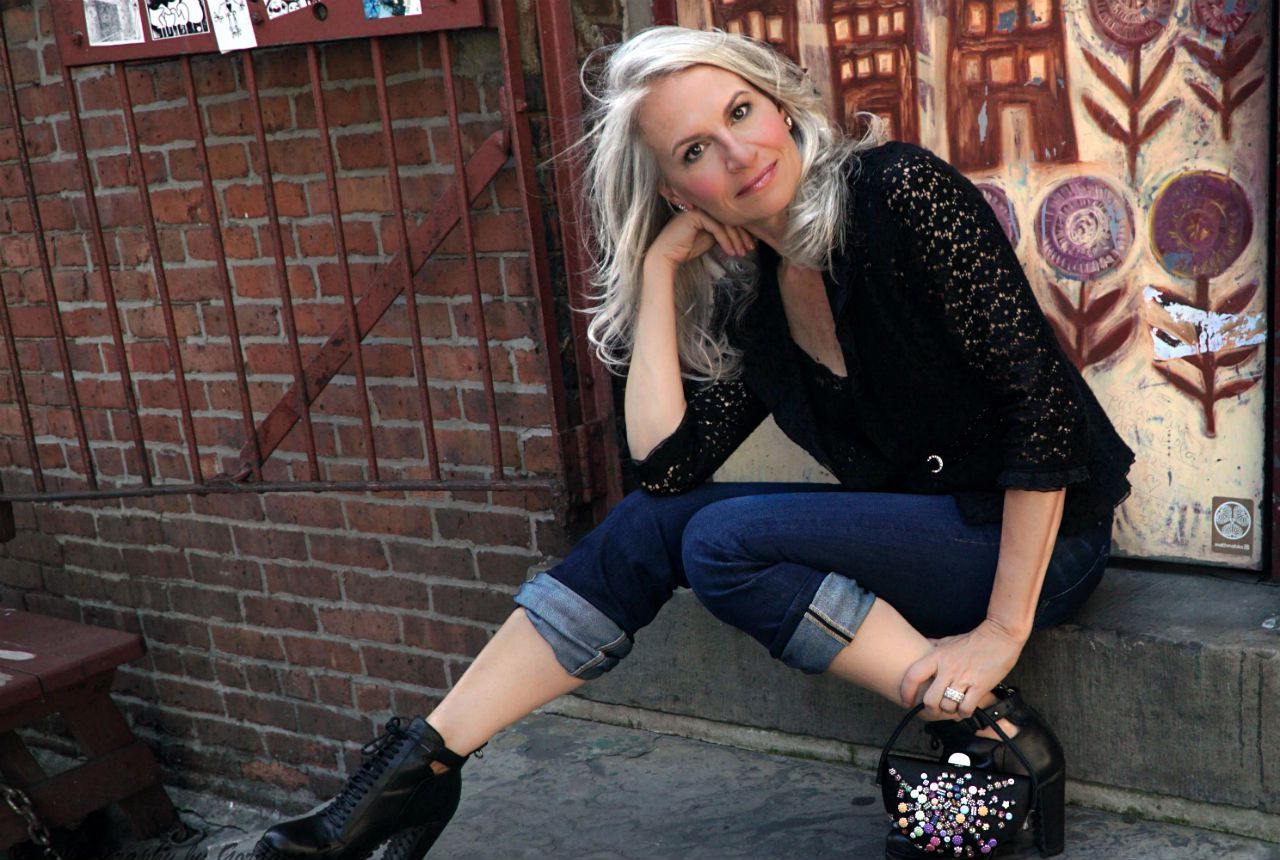 Not every social media star is under 25 years old. In fact, many of the coolest social media influencers over 50 are well worth paying attention to. After all, with age comes wisdom...

In 2015, Shauna Robertson took on the online persona Chic Over 50 (@chicover50) in order to share photos with her friends and family. Before long, her Instagram had blown up in popularity. Fans couldn't get enough of her colorful, flowery fashion sense and adorable pink pixie cut. Robertson currently has over 80,000 followers online.

Artist and knitwear designer Jenny Kee (@jennykeeoz) uses Instagram to share her fashion designs with the world. Despite being over 70, she insists she'd rather sit smoking marijuana and cultivating her own sense of style than get stuck in a nursing home. People seem to agree, as she has over 37,000 followers on Instagram alone.

Irvine Randle never intended to become an Instagram model. When his granddaughter was born, he realized he needed to take better care of himself. So he started going to the gym and eating a healthier diet. He took a few pictures of himself in fun outfits and posted them on Facebook. But when someone reposted them on Instagram, his popularity skyrocketed. Now Randle (@irvinrandle) has over 224,000 followers on social media.

The "Accidental Icon," Lyn Slater (@iconaccidental) is a college professor who became a fashion star without even trying. When waiting for a friend on the street during New York Fashion Week, she looked so cool that photographers mistook her for a fashion model. Now, just a few years later, she has over half a million followers on Instagram.

At 90, Helen Ruth Elam Van Winkle, aka BaddieWinkle (@baddiewinkle on Instagram), is not only the oldest person on this list, but also the most influential. Her photos go out to an audience of over 3 million followers, who are charmed by her bright, colorful fashion sense which regularly features rainbow dresses and fluffy bikinis.

A former music executive, Angelique Miles (@angeliquemiles) has become a fitness blogger and Instagram star. Her audience of 42,000 followers gets to see her before, during and after her workouts, as she extolls the benefits of good nutrition and an active lifestyle.

A model and actor in her youth, Tziporah Salamon (@tziporahsalamon) is used to being in the public spotlight. It makes perfect sense that she's similarly managed to carve out a slice of the internet for herself, sharing her fashion advice with over 31,000 Instagram followers.

A food and nutrition blogger, Suzie Grant (@alternativeageing) has won an audience of 18,000 followers on Instagram with photos of delicious, healthy food. This has led Grant to become a published author and broadcaster in addition to her online achievements.

Bodybuilder Liz Webster (@mommaphysique) defines herself both as a mother and as the second-place winner of the 2014 NPC bodybuilding competition. Her photos of beach life, gym adventures, and family fun have earned her 78,000 followers on Instagram, and she uses this audience to promote bodybuilding dietary supplements.

Maye Musk (@mayemusk) is a model and dietician who's been in the public eye for well over 50 years. Her photos of fashion, food and parties have gained 235,000 followers. Oh, and her son Elon once sent a car to space just to show off.

Evelyn, the grandma behind the blog "Fashionista Over 40" (@fashionistaover40 on Instagram), spent her childhood in the Bronx and her early adult life in Puerto Rico. Now older and more experienced, she shares her unique fashion sense with the world, and her Instagram has earned nearly 20,000 followers.

Model and fashion entrepeneur, Linda Rodin's Instagram feed (with 247,000 followers) would be exciting enough if it were simply pictures of her own clothing. But Rodin (@lindaandwinks) throws in a freebie: Her account also prominently features her adorable dog, Wicks. This pup might not be over 50, but we can make an exception, right?

Artist and grandpa Chan Jae Lee (@drawings_for_my_grandchildren) started posting drawings and paintings online as a way of sharing them with his family. What was initially just meant for his grandchildren ended up gaining worldwide attention, and now his wife Marina writes stories and he illustrates them for their Instagram audience of 345,000 surrogate grandkids.

Sarah Jane Adams (@saramaijewels) originally joined Instagram as a way of promoting bespoke handmade jewelery that she sells. It didn't take long for her to develop an audience around her fashion choices, and she now has over 180,000 followers. Adams manages all this without drawing attention to her gray hair, and attempts to avoid playing the "old card" as part of her online identity.

High-school English teacher Dawn Lucy (@fashionshouldbefun) initially ventured onto the internet by creating an over-40s' fashion blog. "Fashion Should Be Fun" grew in popularity, and now Lucy has gained an impressive 16,000 followers on Instagram in addition to her blogging efforts.

Two friends, Stefanie Pollard and Jessica Gottlieb, approached Instagram in a very unique way, offering up full essays about relationships, health and finances alongside the customary fashion photos. Now, their creation, "We Are Midlife" (@wearemidlife), is primarily run by Pollard, who uses the platform to connect with nearly 30,000 followers.

Arlinda McIntosh is the founder of The Sofisafunk, a zero waste skirt fashion line. McIntosh shares her creations with her respectable 6,000 follower audience on Instagram (@funkingafter50), but her greater achievement is the fashion label itself.

Illustrator Lisa Congdon's Instagram feed (@lisacongdon) is filled with her gorgeous art and graphic design. In addition to her artwork, Congdon has written eight books on art and design, and her work has earned her more than a quarter of a million followers online.

Bon and Pon (@bonpon511) are a married Japanese couple who regularly post Instagram photos of themselves wearing matching outfits. They capture all kinds of outings and adventures, such as boat trips, coffee brunches, and vacations. Their absolutely adorable Instagram feed has earned them an entirely deserved 790,000 followers.

Is there anything better than an aging comedian? Lili Hayes (@lili_hayes) hates the world and is very eager to be grumpy on camera in front of her Instagram followers. Her account, a joint collaboration with her son (whom she hates, according to her profile), has won over 110,000 followers who enjoy her offbeat comedy and over-the-top cynicism.

The French author and journalist Sophie Fontanel (@sophiefontanel) has won 178,000 followers on Instagram for her posts on fashion, art and style. Her signature pose involves taking mirror selfies with her camera phone obscuring her face, which is deliberate rather than a failure to use modern technology.

Alyson Walsh (@thatsnotmyage) is a fashion journalist turned Instagram star who posts pictures of her sophisticated personal style as well as fashion inspiration. She has over 42,000 followers at present and continues to work in the field of fashion journalism.

Cindy Livesey's journey as an online influencer began when her husband lost his job unexpectedly. As she used coupons to keep the family afloat, Livesey started blogging about her experience. Before long, this blog ("Living Rich With Coupons") became hugely popular. Livesey now employs 11 people to keep up with her audience's need for content.

Veronica and David James started a travel blog in 2008 when, their children having left home, they decided to do the same. The pair now have over 36,000 followers on Twitter (@gypsynester) and share their globetrotting travel adventures on YouTube.

Dian Griesel (@silverdisobedience) shares photos of herself and her world along with lengthy posts containing inspirational messages designed to encourage her followers to get out, live life and have adventures no matter how old or tired they may feel. These messages resonate with people, and Griesel has earned over a 100,000 followers on Instagram.