Sophie Dunne
Teenager Got an Unexpected Gift From Her Grandfather for Her 16th Birthday That Left Her Overwhelmed February 20, 2020Leave a comment 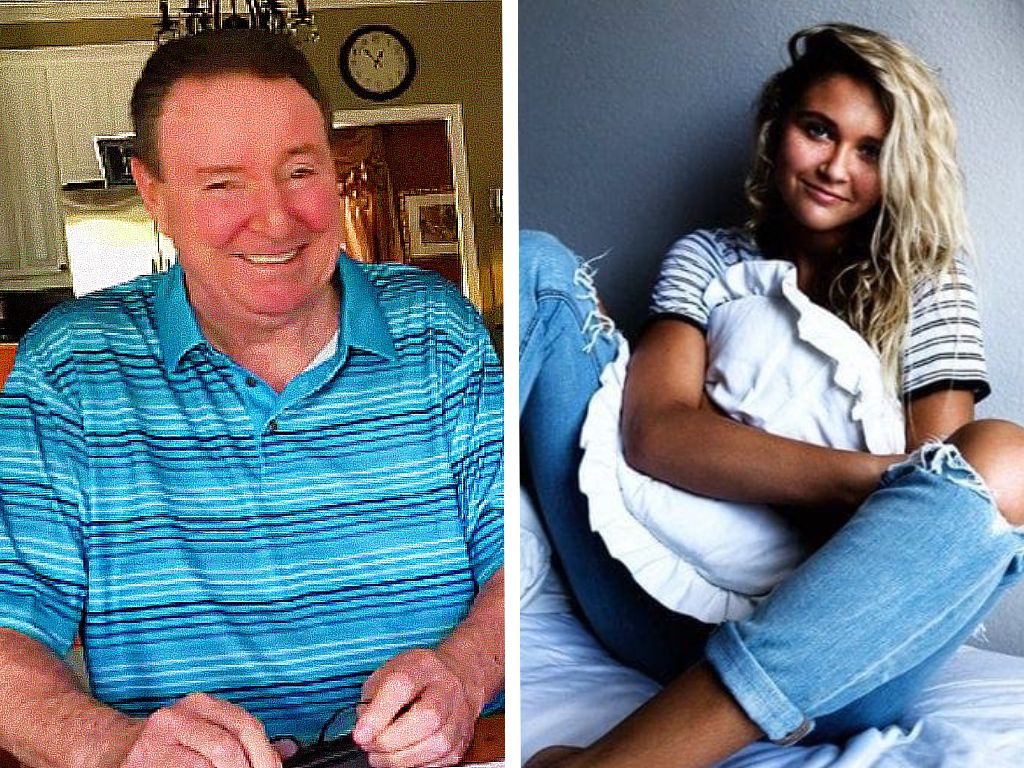 We're all a little guilty of wanting to be spoiled when it comes to our birthdays. Some people want jewelry, others enjoy cash in hand, but the most priceless gifts are the ones that have sentimental meaning. But the gift that one grandfather gave his teenage granddaughter was totally unique and left her wondering how he had kept the gift a secret for her entire lifetime....

He Spent Over a Decade Creating the Gift

Ron Petrillo spent over ten years creating the perfect sentimental gift for his granddaughter. Little by little over the years, he would work on his project that would one day be the most priceless gift.

He Had a Close Relationship With His Granddaughter

Lauren Blank (a.k.a. Ren) grew up very close to her grandfather and the pair had a special relationship that would eventually inspire Ron to make something incredible for his granddaughter.

Her Birthday Was Coming Up

With her 16th birthday approaching, Ren had planned a low key party with some friends to celebrate. However, she would be shocked with the surprise of what her grandfather was planning to give her.

He Took Care of Her When She Was a Kid

When Ren was a baby, her parents both worked during the day, so her grandfather became her sole caretaker every week. The pair spent endless hours every day playing together and telling jokes which would motivate Ron to create something cherish-able for his granddaughter.

He Watched His Granddaughter Grow Up

From the age of two until she was five, Ren and her grandfather spent all day together. Ron watched his granddaughter grow from a small baby into an energetic toddler and knew that his time with her was priceless, because there may be moments in her life that he wouldn't get to see...

He Knew He Wouldn't Be Around Forever

As Ren grew older, her grandfather knew that one day she would probably forget these memories of their time together, but also that he probably wouldn’t be around to remind her of them. So day by day, Ron began to create the perfect gift that would keep their bond alive forever.

He Kept It a Secret From the Whole Family

Everyday, while Ren stayed in her grandfather’s house, he would secretly find the time to work on his project. He was always careful not to let his granddaughter see his surprise and also kept the gift a secret from the rest of his family.

He Wanted Her to Receive the Gift After His Death

For years, Ron felt that he didn’t want Ren to receive the gift until after he had died. He wanted his workmanship to be something she could cherish as memory of him after he was gone. However, as time went on, Ron felt that it was important to share the experience of the gift with his granddaughter.

He Eventually Told His Family About the Gift

As time went on, Ron confided in Ren's parents about his special project that he had been working on for years. To their excitement, Ron felt that maybe it was a better idea to present the gift to his granddaughter sooner rather than later.

He Wanted to Give Her the Gift Sooner

As Ren's birthday was getting closer, Ron felt that it was the best time to give her the present he spent over a decade creating. He consulted Ren's mother and asked, "Do you want me to give it to her for her 16th birthday or wait until after I pass away?" Ren’s mother insisted that he give the 16-year-old his creation now, so that they could share the experience of looking at it together.

He Wanted to Be There When She Opened It

Ron decided that it would be a lot more personal and memorable if he gave his granddaughter her gift when he was still alive. It would be more heartbreaking if Ren didn’t have her grandfather there to hug and ask questions to when he gifted her his handiwork.

He Wanted to See Her Expression

As well as wanting to share the exciting moment together, Ron was also eager to see the look on his granddaughter's face after his years of hard work and dedication. He knew that Ren would be upset if she couldn't talk to her grandfather about all the years he had spent making this perfect present.

He Made the Gift So That She Would Remember Him

The Gift Was a Way For Her to Reminisce, Too

Ron didn't want his granddaughter to forget everything they had done together when she was a kid. So, his priceless gift was a way to remind her of the bond they shared when she was too young to remember.

Something From the Past...

Memories are easy to forget as time goes by, especially childhood recollections. But this family was about to be presented with a vault of day-by-day memories that would forever be a window into the past...

The Gift Was Finally Revealed

On the day of her 16th birthday, Ron revealed to his granddaughter his sentimental gift. The special gift was an impressive three-part notebook series of all of their days together from when Ren was age two to five-years-old. Ron had documented every day out together, every game they played, and even private jokes they shared all those years ago.

He Took Note of Each Day They Spent Together

Ron spent over a decade jotting down every detail of each day when he was watching after his granddaughter so that one day when she was older she could look back and reminisce on moments she had long since forgotten.

He Knew That One Day She Would Forget Her Early Childhood

In an interview with ABC News, Ron said that "I thought, kids don’t know what they do when they're two, three, four, five and I thought that would be kind of fun to just write down what we did that day."

She Began to Remember Things She Had Forgotten

In one of the notebooks, Ron had written about how the pair went to the mall. He described how his granddaughter couldn't pronounce the word "elevator" and instead kept referring to it as an "alligator." The vivid memories on each turning page reminded the 16-year-old of that very day when they spent hours riding up and down the "alligators!"

She Remembered Games They Played

Her Reaction Was Overwhelming

Ren couldn’t believe what she had received. "I was astounded by what he had done," the birthday girl exclaimed. She now held a precious time capsule and was able to look into her own past. As she read more stories of their jokes and games, she began to remember further lost memories of her time with her grandfather.

She Tweeted About Her Gift

The teen took to twitter to share her grandfather's priceless gift. She was proud and emotional from all the work her grandfather had put into the three notebooks. Emotional over her birthday present, Ren was struck with just how much her grandfather cared about her.

Twitter went insane for Ren's tweet and her post was retweeted over 160,000 times. People online could resinate with the teenager’s sentimental gift as one day all we'll have left from our loved ones are the memories of them.

She Had So Much to Cherish

Not only did the 16-year-old inherit treasured memories of her grandfather, she also had his very own perspective when it came to their relationship. To add an even more personal touch, the teen had her grandfather's own hand writing, something that one day will be even more precious to her than it already is.

She Wants to Continue the Tradition

In an interview with ABC News, Ren explained how she wants to do this for her grandchildren one day. "I’m hopefully gonna share what he did with my grandkids and I'm gonna do the same for them."