Why You Can’t Visit the Man-Made Islands in Dubai 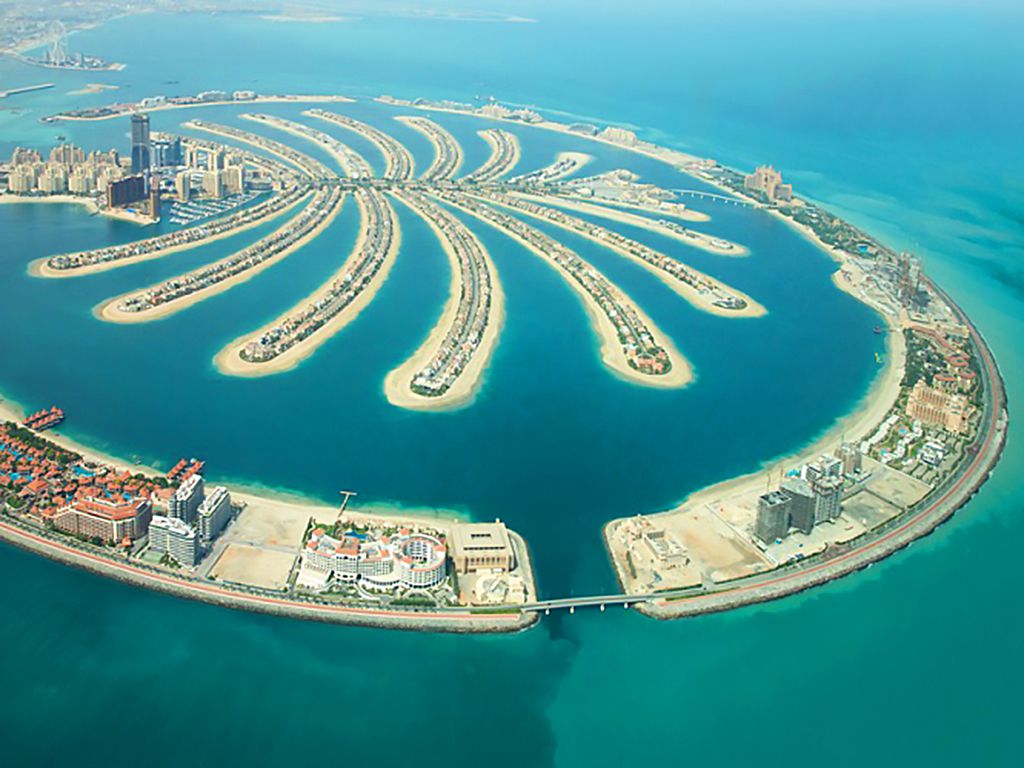 In 2003, construction of an extensive group of islands in Dubai was announced. “The World” was just one of several multi-billion-dollar island projects that were designed in the form of palm trees and world continents.

They would also feature tourist resorts and luxurious homes just a short boat ride from Dubai. But a major setback is preventing visitors from exploring these man-made islands.

In the early 2000s, real estate developers saw an opportunity to create a series of artificial islands off the coast of Dubai. And no one had any reason to believe that the project would fail since the real estate boom in the Emirates was at an all-time high. But trouble was only a few years away.

Realtors Had a 20-Year Plan

The demand for ocean properties was big. Dubai had already expanded along most of its coast. So, Nakheel Properties, a real estate company owned by the government of Dubai, made plans for the next twenty years that would change the region for the better.

There Were Plans for Three New Islands

Between 2001 and 2006, Nakheel Properties planned three different island projects that would look like palm trees when viewed from space. The Palm Jumeirah, Palm Jebel Ali and the Palm Deira were by far the most ambitious islands. But there was an even bigger project in the works.

The company announced “The World” project, which included plans from low density housing to high density complexes, and even islands that could be used commercially. In the second phase, the project was supposed to be supplemented by a bigger project called “The Universe.”

Dubai Was Trying to Go Galactic

“The Universe” project included a series of man-made islands that would resemble the shape of the sun, the moon, the planets of the solar system, the milky way and a distant galaxy. The great work began next to Palm Jebel Ali, and it looked promising.

The Dubai Waterfront Would Stop Erosion

The Dubai Waterfront was also a series of islands that were to be built next to Palm Jebel Ali and would form a star and crescent, which is a very important Islamic symbol. The project was advertised as the largest man-made development project ever. The shape would also act as shelter to protect Palm Jebel Ali from erosion.

It Was Going to be a Hotspot for Tourists

In theory, the confidence the company had with these projects was enormous. These islands served to turn Dubai into a major hotspot for tourists, which in turn would create a new source of income for a world region that earned most of its money through oil extraction. But what happened to these plans?

Construction on Palm Jumeirah was Underway

In 2001, Nakheel Properties started construction on Palm Jumeirah. The project was supposed to double the length of Dubai’s coastline. And by 2006, the land reclamation process was complete and the first apartments were built. The strands of the palm hosted private houses while luxurious hotels were built on the project’s ring to protect Palm Jumeirah from storms.

But while Palm Jumeirah was under construction, other projects were taking place. At this time, Dubai experienced a massive boost in its real estate market. And prestigious projects like the Burj Khalifa, one the largest building in the world, were built.

In September 2008, the Atlantis Hotel on Palm Jumeirah celebrated its grand opening with a firework show across the island. But then the international financial crisis hit, and it threatened to put an end to all the glorious projects that company had planned.

Mega-projects like the artificial islands off the coasts were in danger of collapse and a bunch of construction sites were shut down. And now, over a decade after the completion of the islands, there’s hardly anything built on them and no one can really visit them. But what happened?

Palm Jebel Ali Was in Trouble

As the price of land plots fell, development projects like the Palm Jebel Ali stopped. In 2011, Nakheel Properties was forced to refund investors on the project and the sand banks that reached 4.3 miles into the sea were seemingly abandoned.

The Jebel Ali Project Has Evaporated

Although there’s virtually no city development behind the Jebel Ali port, you can already see the shape of some of the islands on satellite images. But the Jebel Ali project isn’t the only project that has seemingly gone up in smoke.

The land reclamation for Palm Deira seemingly stopped, too. But in 2013, Nakheel Properties saved the project by rebranding it. So instead of creating new land, the project was scaled down and is now called Deira Islands and construction work is underway with a mall, two high-rise buildings and a shopping street already planned. But what about “The World?”

The World Was in Crisis

The World Was DOA

Investments in new projects in Dubai increased after the crisis, but “The World” project wasn’t one of them. In fact, the initial project no longer seemed to fit in with the current time’s real estate projects and economy. But there were other concerns that weren’t financially related.

According to news reports, the smaller channels between the islands had started to sand up and the rising sea levels became a growing threat for the potential resurrection of “The World” project and similar plans. But those living in Palm Jumeirah had concerns of their own.

The residents at Palm Jumeirah have started criticizing their water quality. And while the breakwater is necessary to protect the Palm from erosion, it also dampens the natural tidal movement, and the seawater within the Palm has already become stagnant.

Coastline Erosion is a Major Issue

In addition, there are ecological concerns like the impact that hundreds of thousands of tons of sand on the seabed has on marine life. Since the islands are composed of sand that was dredged from Dubai’s shallow costal water, there’s also fear that this could lead to the destabilization of the coastal soil which can lead to erosion of the coastline.

Marketing Projects that Are Harmful is Difficult

Even though the consequences of these development projects have been known for a while, it has become difficult to market projects that are deemed harmful to the environment. Therefore, a lot of the recent projects are making modifications to their projects to make them more environmentally friendly.

One Island Became a Show House

Initially there was only one island that had been developed and the villa served as a show house to promote the project. Then, in summer 2012, the Royal Island Beach Club opened on Lebanon Island. And today, the club hosts daytime tourists that can get there by boat. But a new project was announced two years later.

The Heart of Europe is Still Beating

In 2014, an Austrian real estate investor announced plans to develop a project called “The Heart of Europe.” The goal is to create a mini-version of Europe complete with luxurious hotels inspired by places like Monaco and Venice.

The Swiss Island Region Will Have Snow

Aside from a series of European restaurants, the investor plans to build a plaza on the Swiss island region that will provide artificial snowfall. But the project is still under construction and only time will tell if it will be financially successful once it is complete.

Prestigious urban development projects can attract tourism to a region, which in turn provides support to the local economy. But development of these projects can be risky anywhere in the world, including Dubai, and can fail when least expected.

Although Dubai’s growth has certainly slowed down, the ambitious dreams of creating new landmarks is going strong and will serve not only as national pride but will symbolize the start of a new era just as soon as construction is over and people start living on these islands.