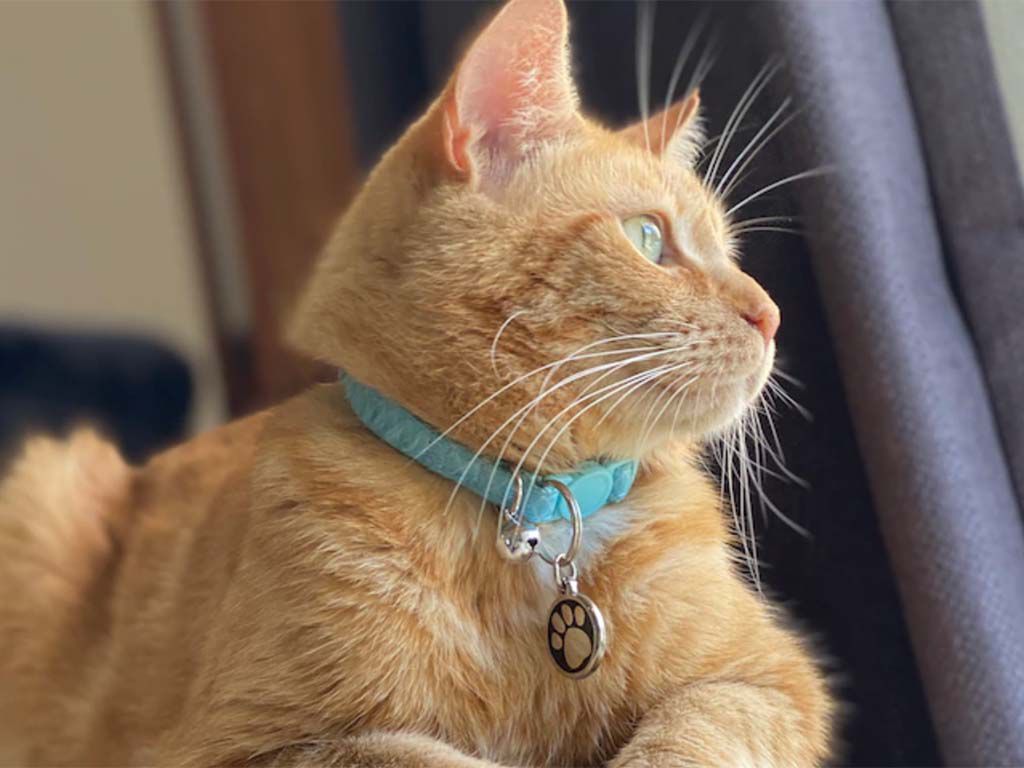 Kylo, a ginger kitten living in Brisbane, Australia, gave his new neighbors quite a scare when he started hopping their fence to stretch his legs in their yard. Kay McCall, who just moved to the neighborhood, remembers meeting the cat, who soon started sharing gifts with her household.

“He brought several odd socks (it’s fun to keep everyone guessing, you know), he brought a school T-shirt … he brought lots of toys,” McCall said. “He brought a beautiful little Peter Rabbit … I have a theory that he had a bit of a stash somewhere. After a while, we’d just accumulated a ridiculous number — literally an entire table full,” Kay added.

Thanks to a Facebook page detailing the whereabouts of the neighborhood cat, Kylo was able to find a new home and thanks to his new owners, he is now an indoor cat. But the neighborhood still loves hearing updates on the former pirate. “Everyone fell in love with him on the spot, and he sort of became … a community icon,” Kay said.