Sarah Knieser
A Former McDonald’s Location in France Has Been Transformed Into a Food Bank August 18, 2021Leave a comment 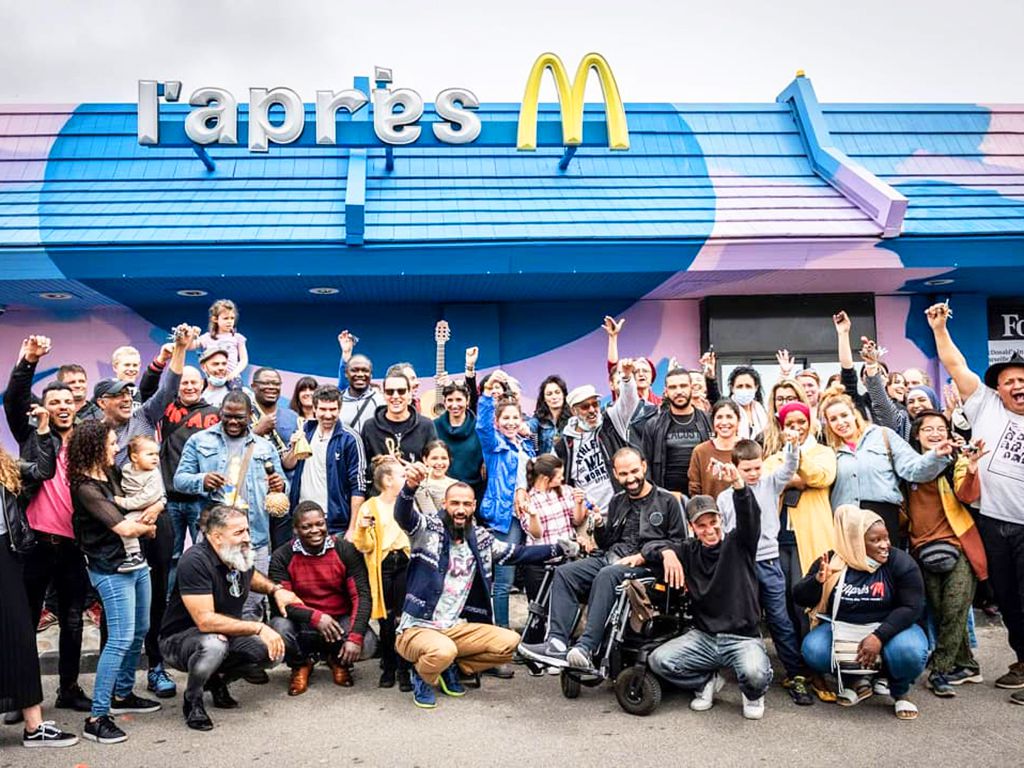 The rearranged letters on a sign that once read McDonald’s now spell out “L’après M” to signify that the location is definitely not a fast food location as one might expect it to be. The former McDonald’s is now a food bank that serves over 2,000 families per week and is located in the neighborhood of Marseille, which is in the southern region of France. And the new name, L’après M, translates to read “The After M,” a symbol of change in the food availability in the area.

Activist Fati Bouarua organized the transformation of the fast food restaurant that closed down in 2018, leaving many families in the area without jobs and without a convenient place to eat cheaply. The former McDonald’s, which was opened by the fast food company in 1992, once employed 77 people from the nearby area, who felt abandoned after the store closed. In the year that followed, the restaurant remained closed and abandoned, but in March of 2020, the store’s former manager and neighborhood activists decided to utilize the empty storefront for good.

In their first 5 weeks after opening L’après M, over 100,000 people were given meals. The food bank serves food for free to people who are unemployed and charges a small fee to those who make minimum wage or more in order to employ people to work at the restaurant. The location receives their food from farmers with excess crops that cannot be sold and local stores who have surplus goods, which ensures that the food given away is of good quality. And help to keep the food bank afloat also comes from across the globe in the form of social media donations.

The nonprofit food bank currently operates with the help of donations sourced from various social media platforms like Instagram and Tik Tok. And the plan for the future of the food bank is to continue what they’re doing by buying the former McDonald’s location from the local government and hopefully opening new locations in the future. But activist Fati Bouarua primarily hopes that the food bank inspires other people around the world to follow in his footsteps and open other sustainable food banks in low income areas across the globe.