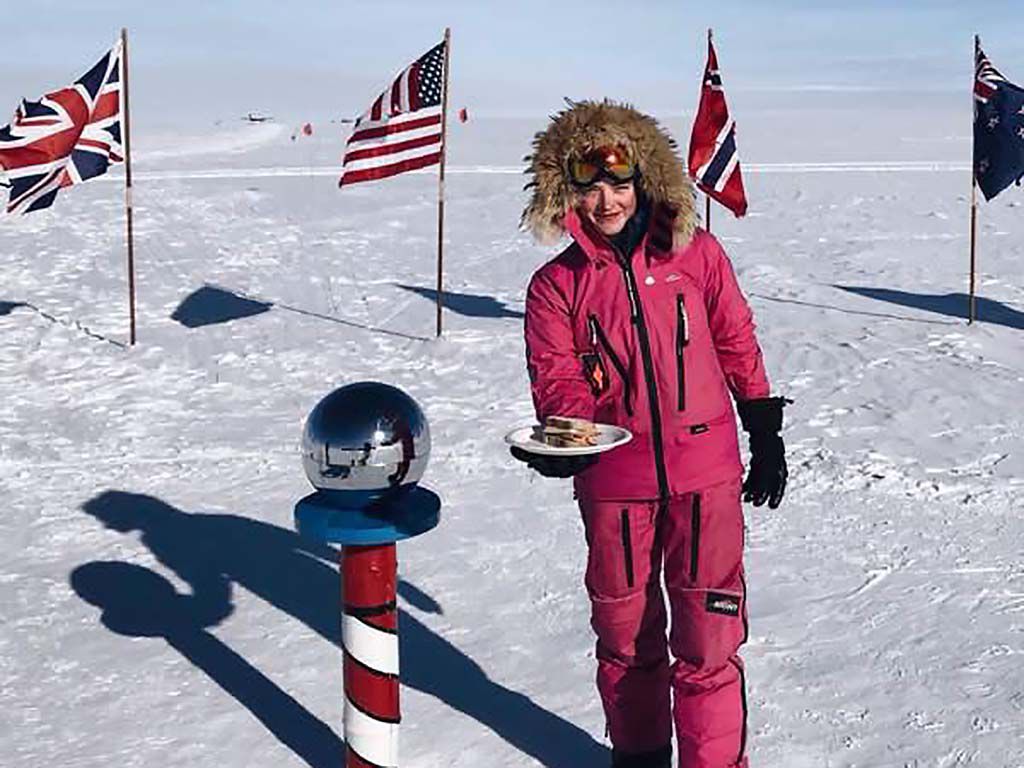 The feat of endurance and strength is obviously impressive, but that didn’t stop some people on the internet from sending Hameister some rude messages. Many troll accounts wrote to the teen on social media, telling her to “make me a sandwich,” but she had a reply for all of them that was pure gold.

Hameister wrote a post on Facebook for her trolls which read, “I made you a sandwich (ham & cheese), now ski 37 days and 600km to the South Pole and you can eat it.” Included in the post was a photo of herself at the Pole, sandwich and all.

At a TEDx Talk in 2016, Hameister described her opinions on her position, saying, “As a young woman, I live in a world where I am constantly bombarded with messages to be less. To eat less, to wear less, to be skinnier, to shrink my ambitions to fit in, to wait for my Prince Charming to come and save me or to avoid activities that are for boys because I'm not as strong enough or as tough.”