The Funniest Things Shaquille O’Neal Has Ever Said

Zarouhi Mikaelian
The Funniest Things Shaquille O’Neal Has Ever Said May 21, 2018 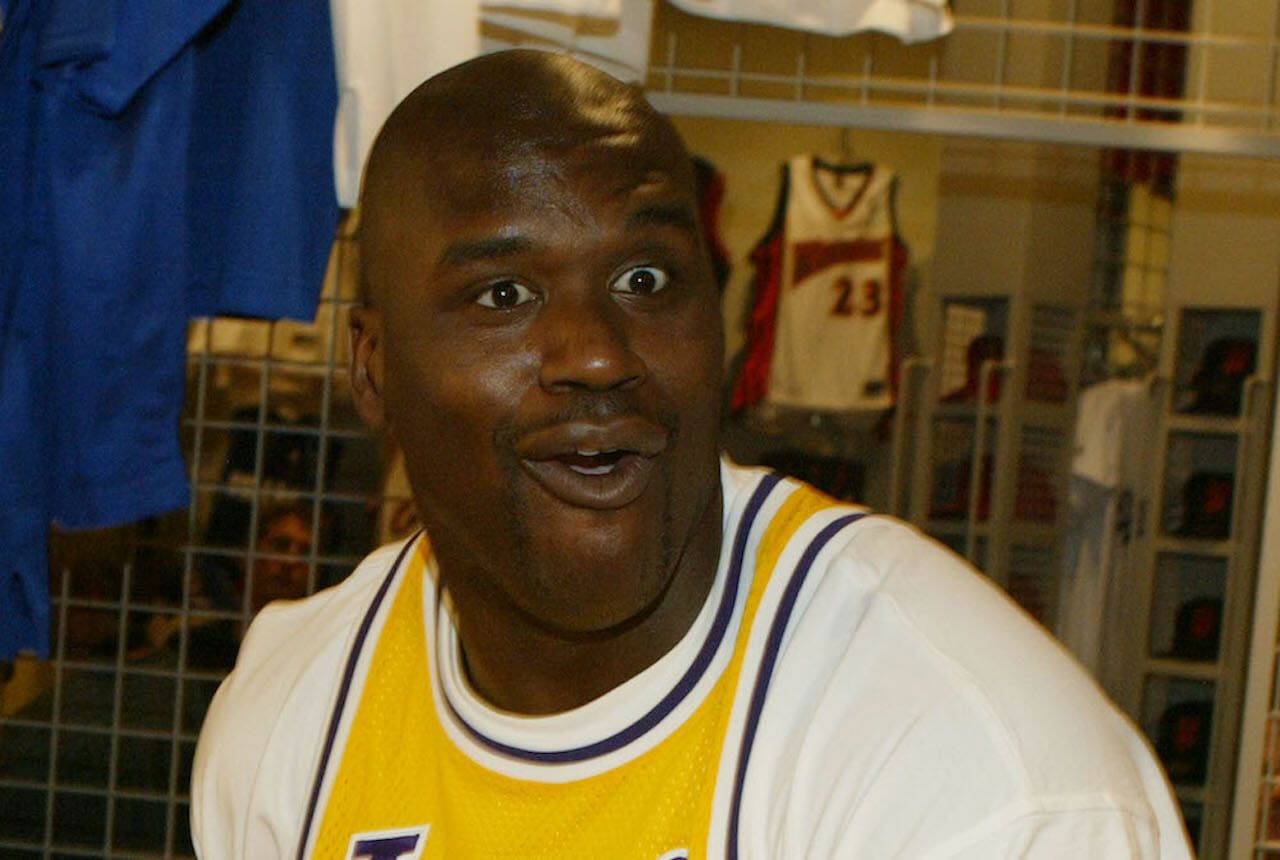 The Big Sound Bite: The funniest Shaq quotes ever

The only thing Shaquille O'Neal likes grabbing more than rims or opponents' souls is a mic. Shaq – aka Diesel, aka The Big Artistotle, aka The Big Shaqtus – busted onto the NBA scene in 1992. And ever since, he's treated fans to almost as many timeless quotes as he has nicknames. So here are the funniest Shaq quotes from his time in the basketball spotlight, in no particular order. (And if a Hall of Fame big man who now works for TNT is your thing cracking you up is your thing, check out this list of ridiculous quotes from the never-closing mouth of Shaq's colleague, Charles Barkley).

"I’m tired of hearing about money, money, money, money, money," the Big Aristotle said after joining the Lakers via free agency on a massive contract. "I just want to play the game, drink Pepsi, wear Reebok." OK, so the Reebok endorser may have kinda ripped off this bit from "Wayne's World." Still funny.

"We know what we have to do. I know I have to get up in the morning and put my underwear on first then put my pants on first. I don't need people to tell me that. Yeah ... thongs." Wait, does that mean he puts his thongs and his pants on at the exact same time?

"David Stern wonders why the league is losing money," Shaq told a reporter during a televised interview. "That's why. People paid good money to come watch these athletes play and [the refs] try to take over the f---ing game!" When the reporter interrupted the star to tell him the interview was live, the big man responded: "I don't give a shit."

After a 1994 trip to Greece, a reporter asked Shaq if he'd visited the Parthenon, the ancient Greek temple dedicated to the goddess Athena. "I can't really remember the names of the clubs that we went to," he replied. His personal assistant later revealed Shaq was indeed kidding; Shaq's hotel on the trip was right across the street from the ancient site.

The Pythagorean theorem may give Shaq trouble, but he's got addition down ... as long as you give him a second crack at it. "If you go 72-11 and don’t win (the championship), it doesn’t mean anything," Shaq said before quickly checking his math. "Actually it does. It means you’ve cheated and played an extra regular-season game."

"I’m going to be on a mission. I’ve handled my personal vendettas and handled them well. Every challenge you put in front of me, I’ve handled it, dismantled it — ate them, dropped them off in the bathroom, and flushed them away." I never thought I'd sympathize with an inanimate object as much as I do with Shaq's toilet.

"I wouldn't," the Hall of Famer said when asked how he'd defend himself. "I would just go home. I’d fake an injury or something." It's really too bad Chris Dudley — you know, the former Knicks big man who once got a rude introduction to Shaq's testicles — didn't take this advice.

"That game was dedicated to Rick Adelman," Shaq said of the Kings coach after hitting 12 free throws against the Nets in a 2002 NBA Finals win. "I’m at home, in the bathroom, trying to take a dump, flipping through the channels, and he's complaining about how I’m stepping over the line. I can't even do a No. 2 in peace. I’m sitting there grunting at 12:30 at night. Can I go one day without somebody saying something negative about me?"

"Pluto is not a planet, but I am." Not quite. But as far as humans go, he might be the closest thing — the four-time NBA champion was listed at 7'1" and 325 pounds during his playing days, though that second figure got more and more generous as his NBA tenure went on.

"Kobe, tell me how my ass tastes." That was the chorus of a Shaq freestyle from 2008. He also said, "Kobe couldn't do it without me," referring to the Lakers' loss in the NBA Finals that year. And Kobe wasn't the only NBA star to feel his wrath: "There ain't nobody in the world do it bigger than me ... That's like Patrick Ewing having more rings than me ... That's like Kareem saying to himself he better than me."

"He’s the Italian version of my father," Shaq once said of Pat Riley. "I don’t know if he’s Italian or not." He's not; Riley is of Irish descent. Shaq spent three and a half seasons with the Heat under Riley, the general manager who took the coaching reins early in the 2005-06 season to win an NBA championship with Superman.

"Why don’t you bring your face up here and let me punch it?" That was the last time a reporter questioned Shaq's strength. Now he only fights colleague Charles Barkley, either verbally or by way of wrestling. Back in their playing days, however, Shaq really threw a punch at Chuck.

"Buy you a new jacket," Shaq told sideline reporter Craig Sager during a televised interview. When Sager asked what was wrong with the jacket he was wearing, Shaq told him: "That’s horrible. No, you know what that is? That’s horrawful. That’s horrible and awful mixed together. Horrawful." And he was right.

"People that know me they know what time it is and they know what the Diesel is coming to do. P-U-R-E-U-D. Period." Shaq said this and countless other memorable lines in his first press conference after getting traded to the Heat for Lamar Odom, Caron Butler, Brian Grant, a first-round pick, and a second-round pick.

"But can’t nobody f--- with me. I'm like toilet paper, Pampers, and toothpaste. I’m definitely proven to be effective." Another classic from his first Heat press conference. He wasn't wrong: In his first season in Miami, when he turned 33, Shaq averaged 22.9 points, 10.4 rebounds, and 2.3 blocks per game to go with a league-leading field-goal percentage.

After Bill Walton called Shaq "arrogant" for how he handled an injury, Shaq went after his fellow Hall of Fame center: "I heard Mr. Walton’s comments, and I think Mr. Walton has broken the Big Man Pecking Order Code, Ordinance 225.7, which means his resume isn’t quite good enough to speak on what I’ve done. ... I look at what Mr. Walton has done, I look at what Mr. Walton has said, and one thing I hate is a hypocrite. So, if I’m faking an injury, his whole injury-playing career is a fake. Here’s a guy who only played one or two seasons injury-free, and now he’s talking about me being injured."

"Yeah, have fun over there. And if you see any of my Irish cousins, tell 'em I said, 'Shiver me timbers,' or something like that." That was over a decade ago. And the Hall of Fame big man's been associating the Irish with the mock pirate slogan on Twitter ever since.

Shaq on his former coach, Phil Jackson: "Incense. Books. Just weird." The two won three consecutive champions with the Lakers from 2000 to 2002. And the Diesel still has love for his old coach. He defended Jackson from criticism after the Knicks fired him from his position as team president in 2017.