The 11 Worst Quarterbacks To Win A Super Bowl 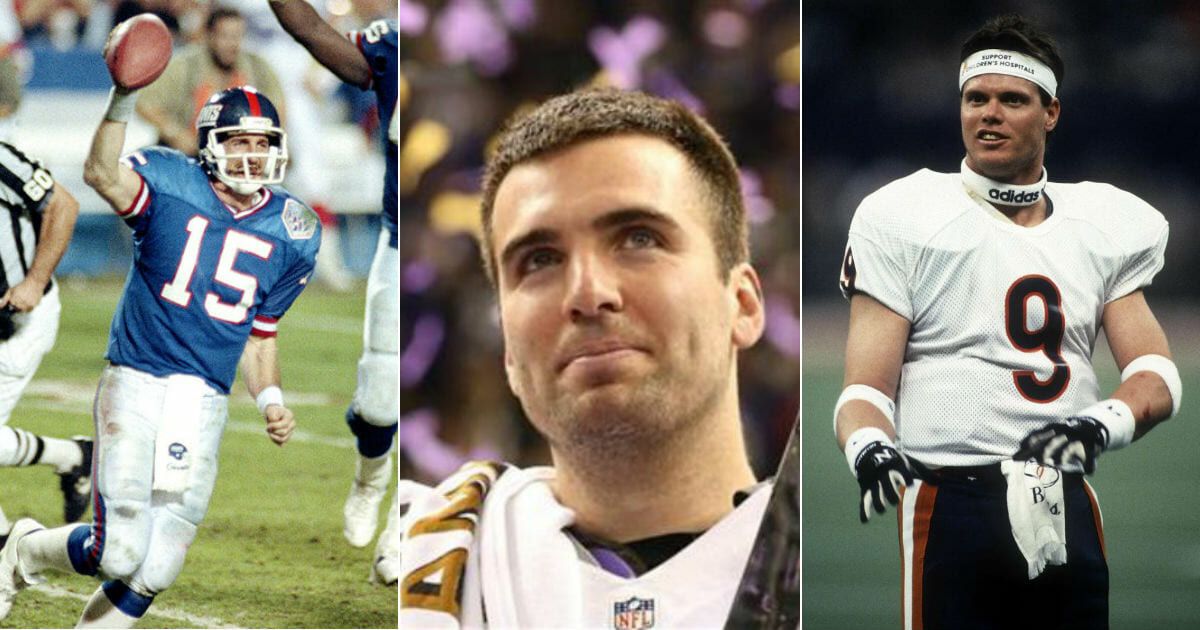 Lifting the Vince Lombardi Trophy is a feat not every NFL player gets to accomplish. It may take years, and some Hall of Famers don't even come close to sniffing the elusive championship. But sometimes, players who have no right calling themselves champions win it all. So let's examine the worst quarterbacks to win a Super Bowl.

Stabler is a legend in Raiders lore, but in his career he threw 222 interceptions compared to 194 touchdowns. Definitely not legendary.

Doug Williams played an important role in NFL history, as he became the first black QB to win a Super Bowl. But the rest of his career was less memorable, as he had a losing record as a starter and compiled a 69.4 QB Rating.

McMahon was well-known for his swagger on the football field, but no one knows where that confidence came from. He was a very average QB in his career and only won a Super Bowl due to the strength of the Bears defense.

Brad Johnson had a journeyman career in the NFL, bouncing around several different teams in his career. And his Super Bowl victory can be pinned on the strength of his defense, and not his stellar QB play.

Bradshaw is lovable on TV now, and he amazingly won several Super Bowls in his career despite average play on the field. He ended up with 212 TD passes and 210 interceptions, posting a career QB Rating of 70.9.

Hostetler was a career backup and if Phil Simms had never gotten hurt, he would have never been etched in the history books. He still had a lengthy career in the NFL, but the only word that could possibly describe his play is "average."

Is Joe Flacco elite? It's the question Ravens fans endure year after year. The stats say no, but no one can deny Flacco's torrid playoff run to a Super Bowl victory. Everything else has been incredibly mediocre though.

Plunkett's career QB Rating of 67.5 is pretty crap. His 164 TDs to 198 interceptions is not a good ratio, and his 72-72 record as a starter makes you really wonder how this dude won a Super Bowl at all.

Broadway Joe is more fondly remembered for his swagger than his actual play on the field. Namath had a losing record as a starter in his career, and threw 220 interceptions compared to 173 TDs. He also has the lowest career QB Rating of any Super Bowl winning QB.

Dilfer bounced around many teams in his career, but he was lucky enough to helm the Baltimore Ravens to a Super Bowl victory on the strength of their history-making defense. 113 career TDs compared to 129 interceptions says that he doesn't deserve that victory.

Mark Rypien had a miraculously stellar season when the Redskins won Super Bowl XXVI, but everything before and after that was truly bad, including one season where he threw just four TDs in 10 games.