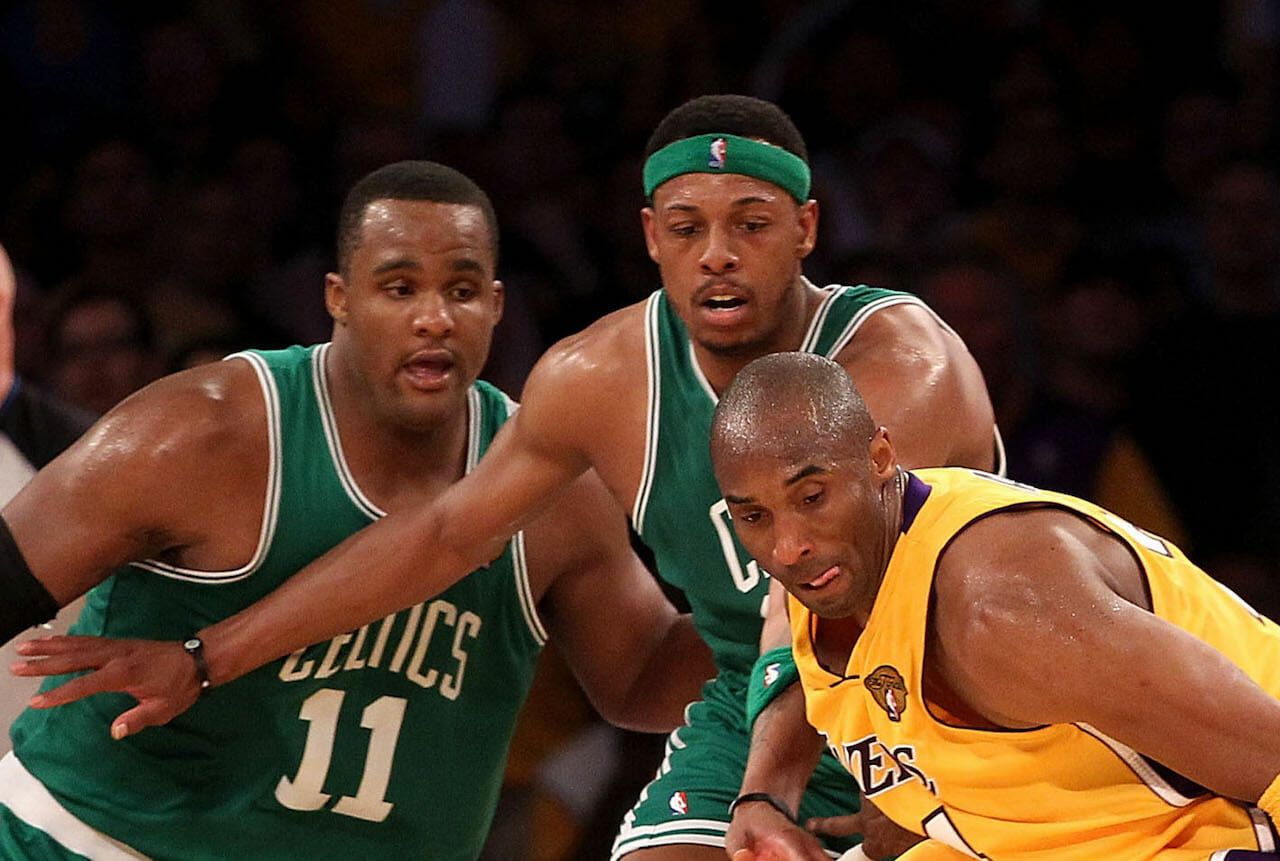 Basketball, football, the other kind of football, baseball, and even horse racing — it appears the ill-fated sports guarantee isn't new to any corner of athletics, whether professional or amateur. There's a fine line between confident and cocky, and these individuals from the world of sports tripped over it and fell right onto their faces. Here's 18 sports guarantees that backfired terribly.

"We want the ball, and we're gonna score!" the Seahawks quarterback said after winning the overtime coin toss in a wild card playoff matchup with the Green Bay Packers in January 2004. Instead, Hasselbeck threw an interception to Al Harris, who ran the pigskin back 52 yards for the game-winning touchdown.

[dx_custom_adunit desktop_id="RTK_K67O" mobile_id="RTK_5yk0"] After LeBron James took his talents to South Beach in 2010, the Cavaliers owner fired up a word processor and in his beloved Comic Sans declared in a memo that his franchise would claim an NBA title before James: "The Cleveland Cavaliers will win an NBA title before the self-titled former 'King' wins one." The Heat won the first of consecutive titles with LeBron in 2012.

"I'm really looking forward to embracing some of the great traditions at the University of Tennessee," Lane Kiffin told reporters after being hired to coach Tennessee in 2009. "For instance, the Vol Walk, running through the T, singing 'Rocky Top' all night long after we beat Florida next year. It's going to be a blast." The Vols opened SEC play with a 10-point loss to the Gators and finished 4-4 in conference play. It wasn't a blast.

[dx_custom_adunit desktop_id="RTK_K67O" mobile_id="RTK_5yk0"] Yeah, the New England Patriots didn't know who this guy was either when he guaranteed his 9-3 Steelers would beat the 12-0 Pats in 2007. "People keep asking me if we're ready for the Patriots," the defensive back said. "They should be asking if they're ready for us. ... We're going to win. Yeah, I can guarantee a win." Pats safety Rodney Harrison's response: "Never heard of him." New England won 34-13, and wouldn't lose until their meeting with the New York Giants in the Super Bowl.

"It feels good to get in the second round," Tracy McGrady said after Game 4 of his Orlando Magic's first-round series against the East's top-seeded Detroit Pistons in the 2003 NBA playoffs. The problem? The Magic hadn't swept the Pistons, but had taken a 3-1 lead. They'd lose by a combined 61 points in Game 5, Game 6, and Game 7.

In 2007, Glenn, then the University of Wyoming head coach, guaranteed victory over Utah during a luncheon with students. The Utes heard about it, and pounded Wyoming 50-0, going so far as to attempt an onside kick up 43-0 in the second half, inspiring this moment from Glenn.

[dx_custom_adunit desktop_id="RTK_K67O" mobile_id="RTK_5yk0"] After signing as a free agent with the Boston Celtics in 2012, Terry got a tattoo featuring the Celtics mascot spinning the Larry O'Brien trophy on his finger. "He’s spinning the Larry O’Brien trophy, which we will win this year," Terry told WBZ-TV in August 2012. The Celtics lost to the New York Knicks in the first round of the playoffs, then went traded Terry to the Brooklyn Nets in 2013.

After starting the 2007 season 0-3, the linebacker guaranteed victory over the 1-2 Oakland Raiders: "We will win Sunday." They didn't, getting demolished 35-17 by a team that'd finish the year 4-12. Porter's Dolphins wouldn't get their elusive first win until overtime in Week 15, their only victory of the season.

[dx_custom_adunit desktop_id="RTK_K67O" mobile_id="RTK_5yk0"] "Guarantee we're going to win the series? Yeah, yeah," the Cavaliers point guard said after his team fell down 2-1 to the Orlando Magic in the 2009 Eastern Conference Finals. Dwight Howard dropped 40 points and grabbed 14 rebounds in Game 6 to end the Cavs' season.

After Big Brown claimed the Kentucky Derby and the Preakness Stakes in 2008, his trainer described the Thoroughbred's chances of becoming the first Triple Crown winner since Affirmed in 1978 as "a foregone conclusion." Big Brown would come in last place in the Belmont Stakes.

After splitting the first two games of the 2010 NBA Finals on the road against the Los Angeles Lakers, Pierce guaranteed they'd win out over the ensuing three games in Boston: "We ain't coming back to LA!" He was wrong. The Celtics claimed two out of three in Boston. The Lakers then won Game 6 at home, prompting Big Baby to announce his team would be "holding the trophy" after Game 7. The Lakers won that one too, 83-79.

[dx_custom_adunit desktop_id="RTK_K67O" mobile_id="RTK_5yk0"] "I'm going win multiple championships," the Chicago Bulls point guard told HoopsHype in August 2011, just after becoming the youngest MVP in the history of the NBA. "It's not a doubt in my mind." Several injuries and zero championships later, the clock is ticking on this seemingly doomed prediction.

The Los Angeles Lakers legend and co-owner of the Los Angeles Dodgers vowed his baseball team would take the 2017 World Series crown. "The Dodgers are going to win the World Series this year," he said at a charity event in July. "This is our year." So close — they'd fall in seven games in the Fall Classic to the Houston Astros.

Rex Ryan predicted Super Bowl titles in 2009 and 2010. After both those Jets campaigns ended in the AFC Championship game, the head coach told reporters in 2011: "I thought we'd win it the first two years. I guarantee we'll win it this year." They went 8-8. As of this writing, he hasn't had a winning season since 2010.

[dx_custom_adunit desktop_id="RTK_K67O" mobile_id="RTK_5yk0"] "If we don't [win the national championship], which is not even an option, just to put something on the line — and it might take me the rest of my life — I will pay back my scholarship because I didn't do what I said I was going to do," the four-time first-team All-American said in 2009. After her Sooners lost by two in the Final Four, the school told her to keep the $64,000.

"We are going to win this match," the midfielder for the Slovenian national team said before a meeting with the United States in the 2010 World Cup. After his team took a 2-0 lead, the United States stormed back for a draw; a controversial recalled American goal saved Komac from the ultimate humiliation.