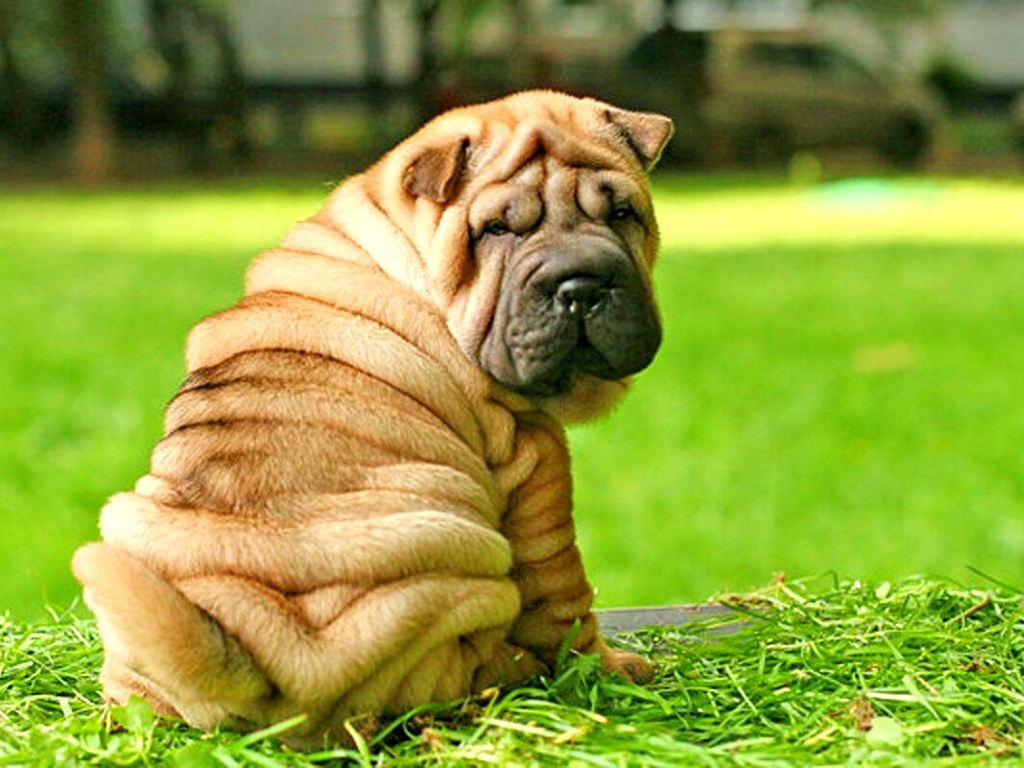 Far from the Labradors and Poodles of the world are the dog breeds that have existed for hundreds of years that you haven’t even heard of yet! You might not often see these dogs at the park, but they have all proved their staying power for generations.

Like a lion protecting its territory, the Tibetan Mastiff is intimidating because of its size and stature, but they can also be sweet and calm, too. Tibetan Mastiffs have a double coat and are prone to shedding, but that doesn’t make them any less of a great house pet, as long as they have ample room to run and play.

The lean and sleek Azawakh is originally from Africa, where it was used to protect livestock and people. Their coats are short and silky and these dogs are perfect companions, if you’re able to take on a lifetime bond with your dog. Azawakhs are sensitive and love their owners deeply, so they are easy to discipline as long as you devote time to their training.

Perhaps the most rare dog on this list, the New Guinea Singing Dog lives only in the wild and has been photographed only twice in the last 25 years. Their talents include the ability to vocalize with unique pitches and tone, which is what gives them their name of “Singing Dog.” Early in the morning in the forests they inhabit, they can be heard harmonizing with each other.

The Xoloitzcuintli, or Xolo for short, has ancient origins from Aztec societies. Its name means Mexican hairless dog, and in the old days, it was known as the “dog of the gods” to Aztec peoples. Nowadays, the Xoloitzcuintli comes in three sizes, with toy sized coming in at about 10 pounds, miniature sized coming in at about 20 pounds and standard sized weighing about 35 pounds.

Very few dog breeds have natural dreadlocks, but the Puli is one of them. Their coat gives them the ability to withstand cold climates, and they used to use this ability and their wooly appearance to herd sheep. Puli are also very energetic, love to play and take well to obedience training.

The Borzoi, or Russian wolf hound, is a sleek and calm dog with a long, furry snout. They are great in show as they also have a very calm demeanor. They also have low intelligence levels, making them more difficult to train, but they make up for that with their gentle and sweet manner.

The Löwchen is a small purebred from Germany whose name means “little lion.” They are very playful and gentle dogs with low activity levels, making them a great pet if you live in an apartment or don’t have much access to wide open spaces.

Don’t let your eyes deceive you, this isn’t a lamb, it’s a Bedlington Terrier! Their pear-shaped heads and overall appearance may make them look like one of the flock, but they are much smarter than any sheep. Also, their sheep-like coat is thick like wool and doesn’t shed. The Bedlington Terrier is known for its speed, but it also likes to rest, which makes it a great pet or companion animal.

The Otterhound is a large scenthound from England and often weighs between 70 and 120 pounds. They make great working dogs and family dogs because of their gentle nature, but they love their exercise, so it’s best to have a backyard for them to run in.

This small breed is intelligent, affectionate and confident. Brussels Griffons are typically very small, with their average height being around 9 pounds. And this short stature lends itself to some incredible skills, like the ability to hunt and catch rats and mice.

Maybe the most famous wrinkly dog, the Shar Pei is a fantastic companion for any dog lover. Once listed in the Guinness Book of World Records as the world’s rarest dog, the Shar Pei originally hails from China. Many people describe the temperament and attitude of Shar Peis as very cat-like.

The Chinese Crested is a very recognizable breed. It’s totally hairless, except for the tuft of fur on their heads, giving them an iconic appearance. Chinese Crested dogs are also very small and playful, making them perfect house pets. They weigh on average about 10 pounds. They are also good apartment dwellers, as long as you train them to control their barking.

The Swedish Vallhund or ‘Viking Hound’ is a purebred from Sweden. Its name means herding dog because it was bred to be a cattle herder for hundreds of years. Today, its skills are better showcased in activities like hiking, herding and obedience training.

Karelian Bear Dogs are medium sized dogs from Finland who are known for their agility, speed and bravery. Although they are only recommended to be kept by experienced dog owners, they can learn to socialize and enjoy their time best when it is spent being active. Their fur tends to shed, but their long coat protects them from all weather.

This breed is famous for its gorgeous curly hair along their bodies and short hair on their faces and legs. But, they do shed a bit of their coat often, so be prepared to clean up after them from time to time. Mudi were once kept as working dogs, but they now make loving and sweet companions and have been known to be excellent in Frisbee competitions!

Norwegian Lundehunds probably have ancient origins, because they have many similarities to dogs that have only been studied in fossilized form. This breed has two fewer teeth than all other dog breeds and one extra toe on each paw. Another fact about this breed that is much different than other dogs is the fact that they can close their ear canal at will and wiggle their ears freely!

The Gerberian Shepsky is a hybrid mix of a German Shepherd and a Siberian Husky. Both of these breeds have high intelligence levels, making the Gerberian Shepsky quick to train. They also have high activity levels, so they aren’t great at living in apartments unless they are frequently walked and played with. They are also extremely loyal and loving, but bark often.

The Neapolitan Mastiff is an Italian guard dog with a steady and calm demeanor. Although they may look intimidating, they are great at socializing with people. They also hate to be left alone and love to have their pack close by. Pair this with their distaste for cold weather and they make the perfect snuggle companions!

The Ibizan Hound is a medium dog who often has a weight of about 50 pounds. Their long body is also very agile, making them excellent runners, sprinters and leapers. They are also known for their long snouts and pointed ears, which is reminiscent of the dogs that existed in Ancient Egypt, who may be the ancestors of the current Ibizan Hound.

Komondors have many skills. Initially bred as a sheep dog, they used aggression and scare tactics to protect their flocks from wolves. Now, their large and powerful stature also makes them great pets. They’re often referred to as ‘mop dogs’ because of their long, thick and corded coats, but it also makes them less prone to shedding!

Kuvaszs are known to be great at protecting their owners and are agile enough to be working dogs, even at their large size. Kuvaszs typically stand about 30 inches tall and usually weigh between 70 and 115 pounds. But, even with their intimidating stature, Kuvaszs are very sensitive, so they do not like to be around dangerous situations or around people who scold, yell loudly or use physical punishment.

The Lagotto Romagnolo is a medium dog that was originally bred in the Romagna region of Italy. It is known today for its excellent truffle hunting abilities, and these skills also make Lagotto Romagnolos excellent therapy dogs. They socialize well and are great companions to people with physical and mental disabilities.

The Chinook is known for its abilities to tolerate cold temperatures, so much so that they have been used as sled race dogs for many years. This breed was originally bred in the United States and is New Hampshire’s official state dog. They have a lot of skills and are easy to train, which aids in their abilities to be used as search and rescue dogs.

The Catalburun is most famous for its one peculiar feature, its double nose. It is believed that this rare nasal structure gives them an advantage in hunting because they are more sensitive to smells than other dog breeds. Their name is partly derived from the Turkish word “burun” meaning nose.

The Brazilian-bred Fila Brasileiro is a large dog, typically weighing over 90 pounds, who was bred originally to be a guard dog. This breed is known for its size and stature, and they are very muscular under their wrinkly skin. Sadly, this dog is banned from ownership in many countries due to their aggression and aversion to touch.