Celebrities’ Kids Who You Didn’t Realize Are Grown Adults Now 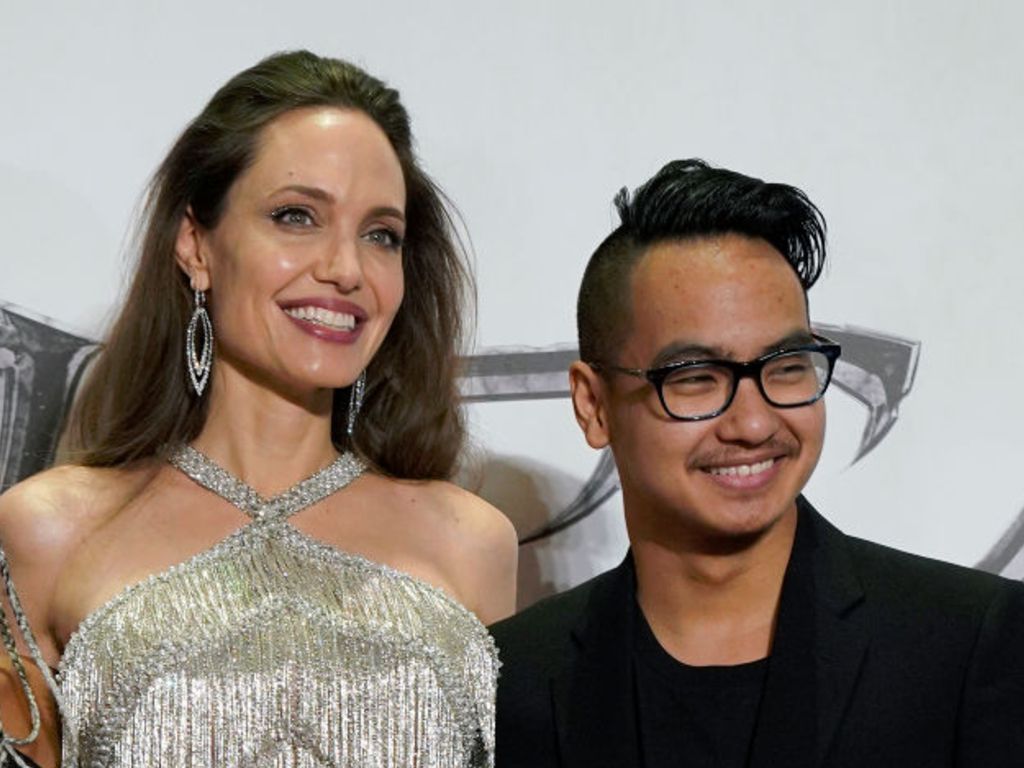 In your mind, they're kids forever. These celebrities' children are all grown up now. And you had no idea.

Rumer has not one but two heavy-hitter celebrity parents. Her mom is Demi Moore. Her dad is Bruce Willis. It's hard to find a more A-list pedigree than that.

She's grown into a true daughter of both parents. She's got Demi's smouldering eyes. She's got Bruce's trademark smirk. She's not a kid anymore.

Speaking of parental superstars, it's hard to find a bigger one than Michael Jackson. Paris was only eleven years old when her father passed. You might remember a teary Paris delivering a touching speech at his memorial. It was heartbreaking.

At 21, Paris is now a young adult. She's still dealing with her father's legacy. Most recently, she got into a spat with 50 Cent when he said Chris Brown was a better entertainer than her father. "True legends don’t need to exert outrageous amounts of energy just to grasp your attention," she said.

Maya Hawke is another celebrity child of two legends. Her father is Ethan Hawke. Her mother is none other than Uma Thurman. This child of the'90s was a child of two of its biggest stars.

Maya is now blossoming into a career all her own. She's both an actress and model. Having made her screen debut only two short years ago, expect big things from this "Little Women" actress. She also appeared in "Stranger Things".

James Gandolfini was an icon. The late "Sopranos" actor was a force on screen. Off screen, he was a dedicated father to two children. Here he is with son Michael.

Michael is following in his father's illustrious footsteps. He's been asked to play a young Tony Soprano in "Sopranos" prequel "The Many Saints of Newark". Michael was born the year the "Sopranos" debuted - 1999. If only his father could see him now.

Before Oprah's couch. Before Katie Holmes. Before his infamous Scientology rant. Before all of that, Tom Cruise was married to Nicole Kidman. The two adopted two children, Connor and Isabella Jane.

Connor has grown into a dapper young man. His parents were known for fiercely protecting his privacy. As an adult, Connor has mostly maintained a life outside of the public eye. Though he does act and DJ, he's fairly reclusive when he's not entertaining.

Johnny Depp has had his fair share of A-list partners. One of them was Vanessa Paradis, with whom he had two children. Lily Rose was born in 1999. Her parents split in 2012.

Lily Rose is another celebrity child following in her father's footsteps. She's an actress, and made her debut in "Tusk" at the Toronto Film Festival in 2014. She's also a model. She was the face of Chanel's fragrance, Chanel No. 5 L'Eau, in 2016.

It's hard to find a rockstar more iconic than Lenny Kravitz. Here he is on a night on the town with daughter Zoe. Her mother is actress Lisa Bonet. That's one hell of a set of parents.

Kravitz has established a career in her own right. She's appeared in movies in both the X-Men and Mad Max franchises. She has a leading role in HBO's "Bit Little Lies". No longer does the name 'Kravitz' immediately conjure Lenny.

Pierce Brosnan and Keely Shaye Smith wed in 2001. The two had been together, however, since they'd met on a beach in Mexico in 1994. They welcomed Dylan into the world in 1997. He also has a younger brother, Paris, born in 2001.

Dylan is a singer, actress, and model. And if you're wondering if he's actually that tall, or his father is just short, Dylan is a whopping 6'5. It's no wonder he's appeared on runways. He's walked for Yves Saint Laurent.

What a cute pair they make! Tough guy is all smiles with daughter Sistine Stallone. Stallone has a lot of practice making his girls smile - he has three of them! The Stallone girls aren't alone, though. He also has two sons.

All the Stallone girls have modeling careers, and Sistine is no exception. With 1.1 million Instagram followers, Sistine documents her red-carpet life in LA. She's also recently made her acting debut. She appeared in "47 Meters Down: Uncaged".

Like Stallone, Jack Nicholson has five children. Also like Stallone, he has three daughters and two sons. Raymond Nicholson was born in 1992. His mother is actress and model Rebecca Broussard.

Seems like Raymond's not the only one getting older! Like many other children of celebrities, Raymond is also in the biz. Unlike some others on this list, though, Raymond is not only acting. He has dipped his toe into directing as well.

Here, Arnold Schwarzenegger appears alongside Jon Lovitz. Arnold is another five-child father. There is a famous photograph of Clint Eastwood holding his other child, daughter Francesca. Both children were born in 1993.

With a father like Schwarzenegger, it's easy to forget that Patrick is part of the Kennedy family via mother Maria Shriver. But seeing him as a grownup, it's easy to see those Kennedy genes. He's the grandnephew of John F. Kennedy. Seems their cheeks and jawbones were cut from the same cloth.

Who could forget baby Cobain? When Kurt tragically committed suicide in 1994, Frances Bean wasn't even two. The world may have lost a rock icon, but Frances lost a father. His loss was painful to many.

Though she's done some modeling, it's no surprise that Frances Bean Cobain would try her hand at music. She's the daughter of not one, but two rock legends. While Frances started off doing covers of famous songs, in 2018 she posted her own original song to Instagram. Unfortunately, she later deleted it.

We've had a lot of 5-father children on this list, but Clint Eastwood didn't stop at five. He's father to eight kids. Her mother is actress Frances Fisher. Francesca is their only child together. She was born in 1993.

She's come a long way from being that bright-eyed child on the red carpet with her dad! Francesca's developed an acting career all her own. Not only that, the actress has a young child with her model boyfriend, Alexander Wraith. Titan Wraith was born in 2016, and before you know it, he'll be on a list just like this one, all grown up.

Remember Brangelina? Those were simpler times. We swooned when the two hottest celebrities alive got together. We collectively "awww'd" when they adopted a baby from Cambodia.

How did this happen? Brangelina felt like it was yesterday! But it can't be, because here's Maddox, all grown up. Can we talk for a second about Angelina, though? She somehow hasn't aged a day.