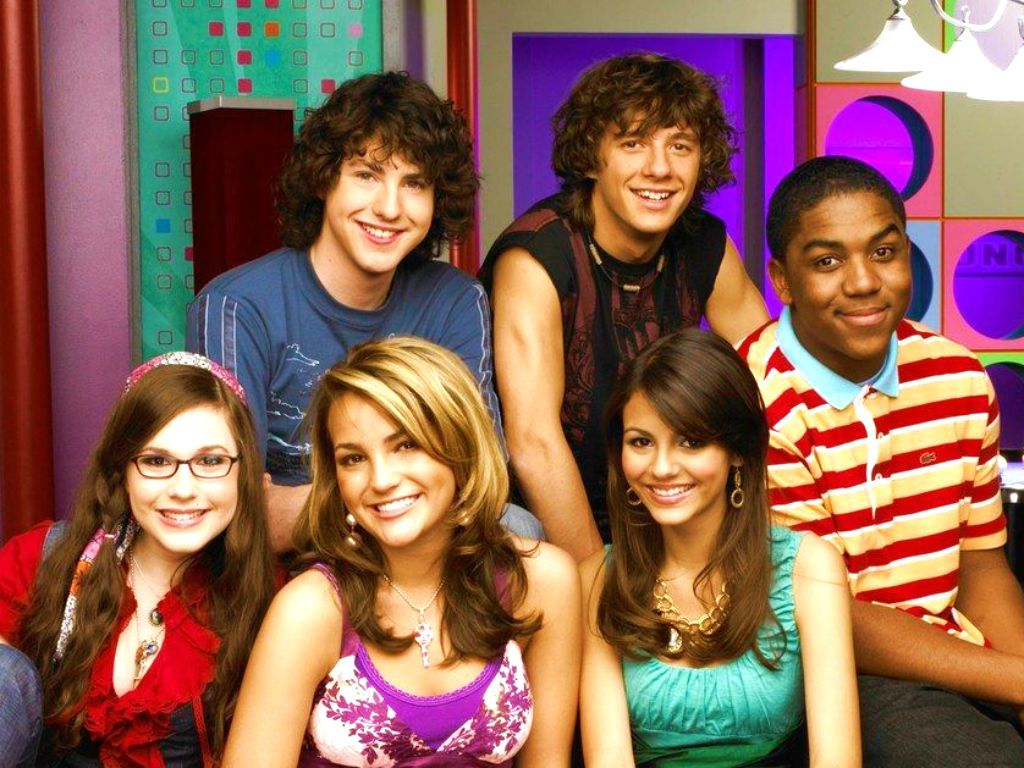 After a four-season run, "Zoey 101's" last episode aired May 2008. This summer, the cast held a sort of makeshift reunion, with the exception of Jamie Lynn Spears and Austin Butler due to production circumstances. A reboot has been in the wind, but who knows if anything will come of the whispers. Until then, it's nice to know what they've been up to for 10-odd years.

Sean Flynn plays the lead male character, Chase Matthews, in Zoey 101. He’s known for having a huge crush on Zoey for all four seasons and being incredibly awkward and indecisive about it.

After his last appearance in Zoey 101, Sean Flynn has played in a number of films such as Hatfields and McCoys: Bad Blood, The Last of Robin Hood, and The Conjuring. He experienced a slight fender-bender in 2016, but took it like a champ. His last appearance in, well, anything was in 2015. He has posted some of his amazing guitar skills on Youtube, though.

In the second season of Zoey 101, Victoria Justice’s character, Lola Martinez, is introduced. She starts as Zoey and Nicole’s roommate, but ends up rooming with Quinn. In complete pursuit of her dream of becoming a Hollywood actress, her personality is full of bubbles and incessant chatter.

Two years after Zoey 101, Victoria Justice starred in the TV series Victorious. That show aired for 3 years before coming to an end. Zoey 101 seemed to be her breakthrough because it led to a feature in a TV series, appearances in other TV series', and several film appearances. In 2013, she released her album Gold to the public and in 2016, she played Janet in The Rocky Horror Picture Show.

In Zoey 101, Christopher Massey plays the all-around nice guy, Michael Barret. He gets along with just about everyone at their school. His decent and humorous personality is probably why he has the second most appearances in the TV series, only after Zoey.

After winning two awards for his character in Zoey 101, Christopher Massey went on to appear in several TV series like The Parkers and Switched at Birth. He also makes the occasional appearance with his little brother, Kyle Massey, on various TV shows.

The unmistakable bad boy character of the group of friends in Zoey 101, Logan Reese, is played by no other than Matthew Underwood. He is one character whose story didn’t receive the development it deserved. Despite his flirtatious and oftentimes obnoxious personality, he ends up in a relationship with quirky Quinn.

After discovering how much he loved the popularity "Zoey 101" brought him, Matthew Underwood has dedicated his brand to helping. He uses his platform to educate people about the arts and the world around them. He's currently a traveling acting teacher, sharing what he knows about the entertainment industry and the human imagination with young entertainers.

Erin Sanders plays the quirky Quinn in Zoey 101. Aside from constantly conducting strange experiments, her story plot is one of the more interesting ones in the TV series. She ends up dating the boy-jerk of the group, Logan.

Immediately after Zoey 101, Erin Sanders played on CBS's The Young and the Reckless. She played a role written with her in mind on Big Time Rush. But she has kept a hand in both the Nickelodeon world and the world of adult drama, making the occasional appearance on shows like The Mentalist and Weeds.

Alexa Nikola plays the ditzy, boy-crazed gal of the Pacific Crest Academy gang, Nicole Bristow. She's in the first two seasons of Zoey 101 until she's sent off to an all-girls school because of some made-up disorder known as Obsessive Male Gender Disorder.

After being let go from Zoey 101 after alleged arguments with the lead, Spears, Alexa Nikolas found herself guest-starring on plenty of other TV shows like Criminal Minds, The Suite Life of Zack & Cody, and ER. In 2011, she made voice appearances in Family Guy.

Zoey’s sometimes pestering little brother, Dustin Brooks, is played by Paul Butcher. Aside from the experiments he helps Quinn with, he finds himself in countless tricky situations. Luckily, his older sister, Zoey, is always there to help him out.

Following Zoey 101, Paul Butcher continued his education as he began a music career. In 2008, he created two covers of the songs Gimme That by Chris Brown and This Love by Maroon 5. He graduated from private school in 2012, has released debut singles "Don't Go" in 2010 and "Stop Calling" in 2015, and is currently in college.

Austin Butler is one of two characters that only appeared for a single season. The last season. He plays the ex-boyfriend and new guy in school, James Garrett.

Surprisingly enough, Zoey 101 isn't the TV series Austin Butler is known for. He's been in countless TV shows, films, broadway plays, and modeling campaigns since the series ended in 2008. His most recent work is his appearance in the Quentin Tarantino film Once Upon a Time in Hollywood and the Elvis Presley adaptation set to come out in 2021.

Kristin Herrera plays Dana, one of Zoey’s roommates from the initial season. Though her character is incredibly similar to that of Logan’s, she ends up getting into a posh boarding school in Paris. Hence, her one season only debut.

After being written off of Zoey 101 for alleged reasons, Kristin Herrera co-starred opposite Hilary Swank in the film Freedom Writers. Her last official acting role was in the soap opera General Hospital. She has quit her acting career and can be found on Instagram living her best life with people she loves.

You know this face. Jack Salvatore Jr. plays the ever-dull character of Mark del Figgalo, taking his long name on-screen. Before Logan came along, Mark del Figgalo was Quinn's boyfriend and the subject to most of her experiments. He's usually found eating plain baked potatoes and dating girls that are far more interesting than he is.

His recurring role as Mark del Figgalo in Zoey 101 wasn't the last thing Jack Salvatore Jr. did. After the series ended, he made appearances on TV shows like The Secret Life of the American Teenager, Victorious, and 10 Things I Hate About You. He spent time as a writer's production assistant on a few sets as well. He's currently a writer and stand-up comedian. Well, he is funny.

In Zoey 101, Jessica Chaffin plays Coco Wexler, the PCA girl's dorm advisor. She's in a constant state of half-crying over her on-again off-again boyfriend, Carl. Her exasperated state, along with her endless supply of sweats, and ability to project onto anyone is what makes her character so fun to watch.

Jessica Chaffin has been busy since the ending of Zoey 101. She continued to appear in TV shows like Fox's New Girl as well as films like the 2015 comedy Spy. If you've ever seen the Nick Kroll animated series Big Mouth and wondered who the voice of Jessi Glaser's mom is— It's Jessica Chaffin. Jessica is Jessi's mom.

Allen Evangelista is Firewire. The official name of his character in Zoey 101 is Gilbert Wayne, but that's irrelevant. He's the tech-guy who built a 36-foot robot and who won't let Quinn into the science club because she's a girl.

Shortly after Zoey 101 ended, Allen Evangelista found his prime role as Henry Miller on The Secret Life of the American Teenager. Since the end of that TV series in 2013, he has made appearances in Brooklyn Nine-Nine and played in the 2015 film, Project Almanac.

Jamie Lynn Spears plays the spunky namesake in Zoey 101, Zoey Brooks. The TV series is about the funny situations her and her friends find themselves in. But mostly her.

A lot of people think Zoey 101 ended because Spears became pregnant, but there's nothing pointing to that short of a few angry fans. After the TV series and her newly announced pregnancy, Jamie Lynn Spears' career hit a sort of pause button. A few years later, in 2013, she began a music career with the release of her country EP The Journey. In July of 2019, she was cast as a regular in a Netflix series called Sweet Magnolias. So yeah, she's hit play.