Celebrities Who Totally Changed Their Reputations (For Better Or Worse) 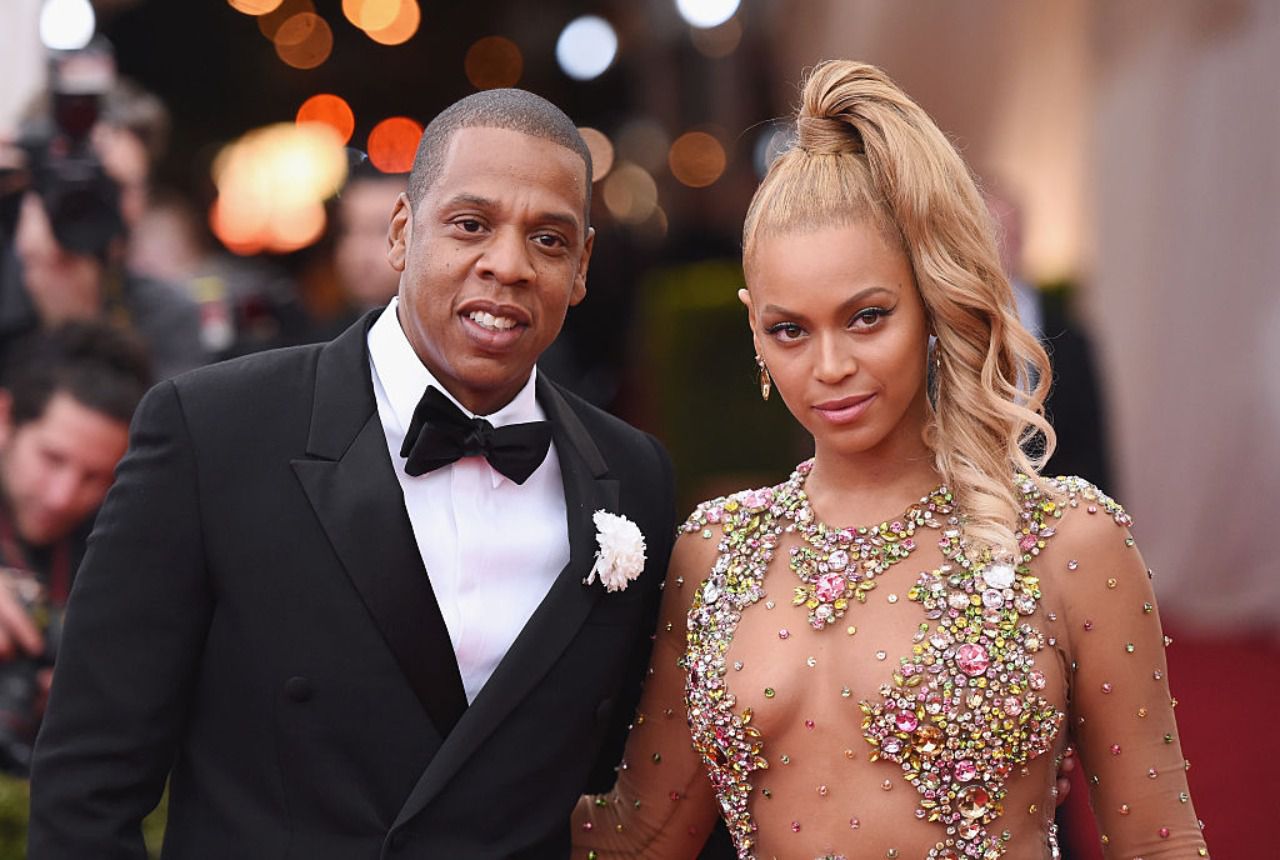 Celebrities who changed their reputations

Success in showbiz depends on cultivating and preserving one's image. It's true whether Hollywood's rich and famous like it or not. So for A-listers, it's impossible to promote their work without creating a persona for the masses will want to throw their money at. But excessive wealth and freedom means stars often find themselves in the middle of public scandals. (And sometimes in a Los Angeles jail cell.) That's when a celeb has to kill their old persona in favor of something more acceptable. So peep this collection of celebrities who changed their reputations seemingly overnight. Because they learned the hard way just how quickly public perception can shift against their favor.

During his peak "Confessions" fame, I would have given my left arm to hook up with Usher. Now? Not so much. In 2017, THREE different women sued the singer for allegedly infecting them with herpes through a series of sexual encounters in which the star failed to warn his partners of his affliction. Currently, the star is reduced to little more than a "Let It Burn" meme.

[dx_custom_adunit desktop_id="RTK_K67O" mobile_id="RTK_5yk0"] From former child star to party-crazed drug addict, Lindsay Lohan has never really been able to control her image in her post-Disney days. Unable to come out on top after she became more known for her stints in rehab than her acting roles, Lohan popped off to Dubai to escape the prying eyes of the American public.

While they're still definitely THE untouchable power couple of hip-hop, Beyonce and Jay-Z suffered a serious crack in their public image following a leaked elevator fight between the "Holy Grail" rapper and Solange Knowles. Shedding light on Jay-Z's infidelity, it soon became clear that all was not well in the Carter house.

Once revered for his iconic film roles and distinct directorial style, Mel Gibson managed to tank his decades-long career with one highly offensive rant. By unveiling his anti-Semitic beliefs laced with some seriously strong expletives, Gibson forever lost the trust and adoration of both the public and his industry mates.

[dx_custom_adunit desktop_id="RTK_K67O" mobile_id="RTK_5yk0"] With down-south charm and a killer love of butter, Paula Deen was at one time, everyone's favorite tv chef. However, Deen's penchant for casually dropping the N-word in conversation quickly put her on the Hollywood blacklist and the celebrity chef never fully recovered from the major slam to her image.

If you still see Chris Pratt as the hilarious chubby actor from "Parks and Recreation," you're definitely out of touch. Transforming his image with a single, shredded Instagram upload, Pratt went from a television star with a dad bod to a sexy film star seemingly overnight.

Like many other child stars, Nickelodeon "it" girl Amanda Bynes had a rough time breaking into adulthood. After a series of arrests and hospitalizations coupled with several erratic Twitter rants, Bynes was remanded to the temporary conservatorship of her parents in 2014. Sadly, the actress has had trouble shaking off this negative public perception.

[dx_custom_adunit desktop_id="RTK_K67O" mobile_id="RTK_5yk0"] Through grit and determination, actor Matthew McConaughey shed the notion that he was little more than an overpaid, lazy actor who starred in flop romantic comedies like "Failure To Launch" and "Fool's Gold." With a career revival so impressive that it has its own name, (McConaissance, of course) McConaughey proved his weight as an artist with roles in acclaimed films like "Dallas Buyers Club" and "Mud."

Before she was Mrs. Liam Payne, former "Girls Aloud" member Cheryl Cole was a bit of a bad girl. After a 2003 assault convication, Cole completely overhauled her troubled image by reentering the public eye with a celebrated stint on the reality competition show "The X-Factor."

After gaining fame as one of the most popular YouTubers on the planet, gamer PewDiePie could seemingly do no wrong in the eyes of his millions of subscribers. However, the online entertainer shattered his image as a fun, laid-back viral personality by dropping the N-word during a live stream gaming session. As a result, PewDiePie lost his YouTube series and faced the fallout of a DMCA takedown.

[dx_custom_adunit desktop_id="RTK_K67O" mobile_id="RTK_5yk0"] Oh, how the heavily-mustached have fallen. In 2017, Harvey first caught heat after making a racially insensitive joke about Asian men. With his public image already on thin ice, the talk show host tanked his reputation further by requesting a controversial meeting with the president. "Meeting with Donald Trump was the worst mistake of my life," said Harvey, referencing the now-terrible ratings for his daytime talk show.

After entering the Hollywood social circuit with the help of his wife (and resident film favorite) Sandra Bullock, Jesse James enjoyed fame and fortune far beyond his West Coast Choppers background. However, his time in the spotlight quickly went south when his infidelity and questionable behavior hit the mainstream.

There are two stages to Miley Cyrus' tenure in the entertainment industry: pre-2013 Video Music Awards, and post-2013 Video Music Awards. In one televised twerk session that featured the singer clad in nothing but flesh-colored lingerie, Cyrus shattered her previously held public image as a squeaky clean Disney child star.

[dx_custom_adunit desktop_id="RTK_K67O" mobile_id="RTK_5yk0"] Before Scientology, Tom Cruise was a (relatively) normal action star with perfectly-coiffed hair and crazy eyes. However, after Cruise jumped on Oprah Winfrey's couch claiming that he was madly in love with his now ex-wife Katie Holmes, it became clear that the star was slowly losing touch with reality. These days, Cruise's behavior is open season for both late-night comedians and Twitter drag sessions.

At one time, Kevin Hart was everyone's favorite standup comedian with several blockbuster hits under his belt and a litany of sold-out tours. However, his standing as America's comedy sweetheart shattered instantly after a video surfaced of him cozying up to a woman that was most certainly NOT his pregnant wife, Eniko Parrish.

If you thought that Martha Stewart would go down in history as a well-dressed jailbird, think again. Rising from the ashes of her early-aughts insider trading scandal and jail stint, Stewart reentered the zeitgeist and reclaimed her spot in pop culture with the help of her friend Snoop Dogg (WTF, right?). Now, the unlikely duo have their very own VH1 cooking show, "Martha & Snoop's Potluck Dinner Party."

[dx_custom_adunit desktop_id="RTK_K67O" mobile_id="RTK_5yk0"] Not known for subtlety, Taylor Swift dedicated a whole-ass song to her changed reputation, with iconic lyrics like, "I'm sorry, the old Taylor can't come to the phone right now/why?/Oh,'cause she's dead." By burying her label as an image-obsessed snake and rebranding it as the centerpiece of her new "Reputation" tour, Swift proved she has what it takes to come out on top of her years-long feud with #KimYe.

Before he was Iron Man battling fictional monsters, actor Robert Downey Jr. fought the IRL demons of substance abuse. Thankfully, it looks like Downey's days of donning an orange prison jumpsuit are far behind him as he is now one of the highest-paid actors in the world.

Back in 2004, Ben Affleck was not the red carpet staple that he is today. Fresh off a failed engagement to Jennifer Lopez and the oft-criticized flop of "Gigli" in 2003, Affleck (understandably) stepped behind the camera to save his image. Now, Affleck is an award-winning director with hits like "Gone Baby Gone" and "The Town" under his belt.

[dx_custom_adunit desktop_id="RTK_K67O" mobile_id="RTK_5yk0"] Before she was a standout star on Netflix's "Orange Is The New Black," actress Natasha Lyonne almost lost her life to a longtime struggle with substance abuse. "Rather than spend so much time wondering if I'm going to get hired or is it a problem that I've got this black-tar history, I've just got to keep doing what I'm doing and try to be decent," said the actress of her return to the entertainment industry.