Bridget Daly
Celebrities Who Totally Hated Kissing Their Co-Stars And Weren’t Afraid To Admit It February 28, 2018 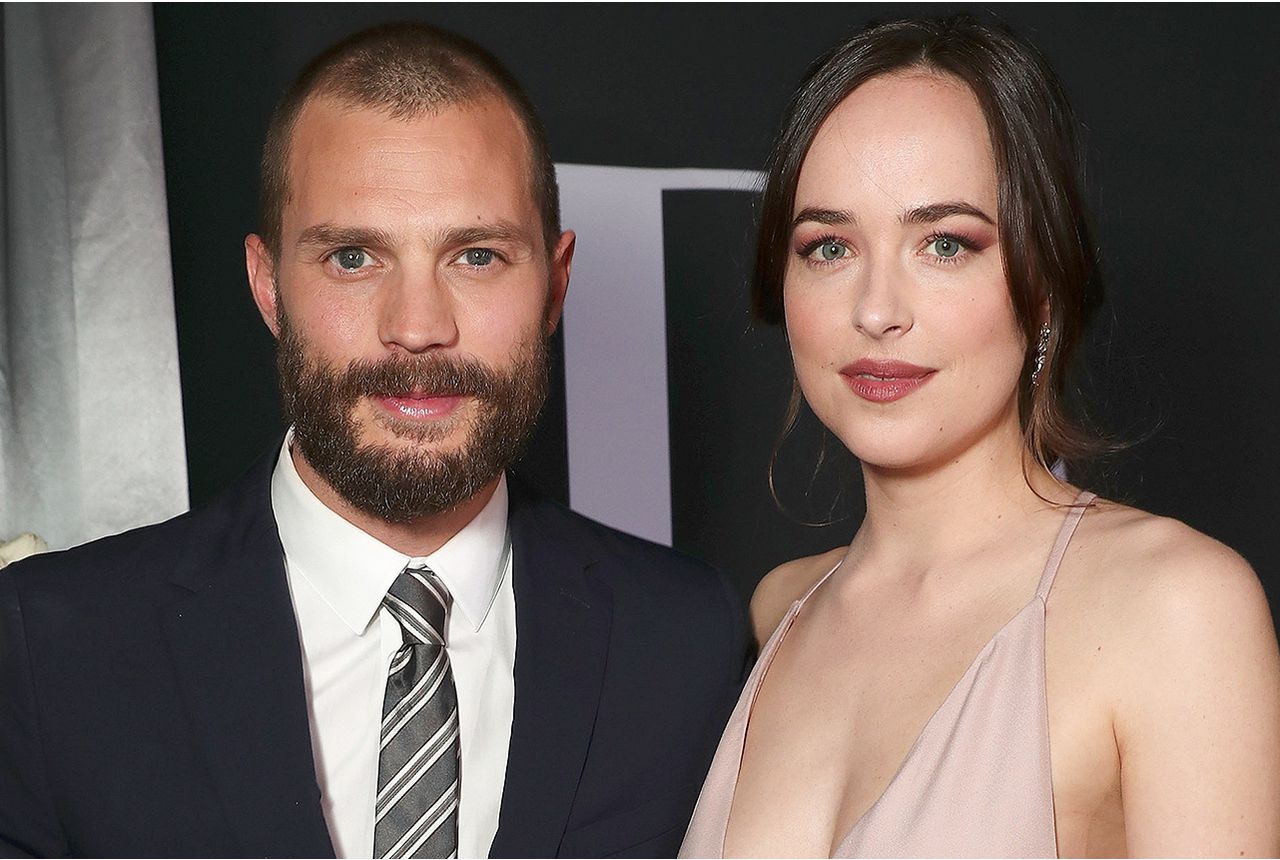 It can seem like Hollywood is just a breeding ground for hot people with features too symmetrical for normal society. With great genetics and access to the nation's top cosmetic surgeons, A-listers must be so eager to hook up with each other, we imagine. But many celebs are more than able to resist the siren song of their gorgeous on-screen love interests. And many have admitted they actually couldn't stand acting out their scripted romances. So check out this list of celebrities who hated kissing their co-stars. But, like, are they serious? Because who wouldn't want to kiss Brad Pitt? That's insane.

According to "30 Rock" star Alec Baldwin, actress Jennifer Aniston has a coffee addiction that leads to some seriously bad breath. "It was painful," he admitted. "I mean, every man who's had to make out with her in TV and movies--I don't know how they do it."

Colin Farrell probably would have loved kissing his gorgeous "Total Recall" co-star Kate Beckinsale...if her husband wasn't the one sitting in the director's chair. "It was moderately uncomfortable," he admitted. "Kissing her was a little bit dodgy 'cause the director, her husband, wasn't kind enough to leave the room. Being a director he had to watch the scene. It's a little bit creepy."

According to comedian Dane Cook, Kate Hudson needs to incorporate mouthwash into her dental hygiene routine. "I think she purposely are like a feast of onions before our scene," he said while speaking with Andy Cohen of "What What Happens Live." "I had to burn her on that one!"

Back when they were just tweens, Selena Gomez and Dylan Sprouse locked lips during the ultimate Disney crossover episode titled "Wizards on Deck with Hannah Montana." "I actually leaned in to kiss him, and I had my eyes closed a little too early, and I ended up missing like half of his lip. It ended up being the most awkward kiss in the world," Gomez admitted.

While Daniel Radcliffe was hoping to acheive subdued passion in his "Deathly Hallows" on-screen kiss with co-star Emma Watson, the "Harry Potter" star proved to be blown away by Watson's intensity. "I've just been getting into so much trouble with Emma about this, because apparently I said in an interview that she was like an animal," he admitted. "It was kind of weird. It is a bit like kissing your sister."

Mila Kunis' off-screen friendship with her "Black Swan" co-star Natalie Portman wasn't enough to keep the awkwardness of an on-screen romance at bay. "It's hard to have a sex scene, period," said Kunis. It doesn't matter if it's a friend, a male, a female. You're with 100-something crew members, lighting you, repositioning you. There's no comfort whatsoever."

According to Tobey Maguire, the iconic, upside-down kiss he shared with co-star Kirsten Dunst in "Spiderman" was not as magical and romantic as it looked. "I was hanging upside down, it was really late at night, it was raining, and the whole time I had rainwater running up my nose," Maguire admitted to Parade. "Then, when Kirsten rolled back the wet mask, she cut off the air completely."

A dental disaster got in the way of James Franco and Sienna Miller developing passionate, on-set chemistry while filming their 2008 movie "Camille." "I think we kissed once in that film and it wasn't at all intense--there was no rolling around or anything. Sienna's molar was giving her pain so she called the dentist!" said Franco.

While Angelina Jolie's headline-making lips have tempted many leading men in Hollywood, James McAvoy admitted that he certainly wasn't fond of kissing his "Wanted" co-star. "I can tell you what it was like to kiss her on a film set: It was awkward, sweaty and not very nice," he revealed.

There's no denying that Rachel McAdams and Ryan Gosling created the new standard for romance with their performances in the 2004 blockbuster hit "The Notebook." Despite the fact that the two stars eventually went on to enjoy a four year-long romance IRL, Gosling initally despised his co-star and even wanted her removed from the project. While their love didn't last in the end, it looks like Gosling definitely got over his initial dislike for his future beau.

When Dwayne "The Rock" Johnson had to kiss his "Get Smart" co-star Steve Carell, he was less-than-impressed with the texture of the funnyman's tongue. "I just see Steve Carell's lips. So, the bottom of a cat's paw--the soft supple part underneath--that's what Steve Carell's lips are like," he said. But his tongue is like kitty cat litter. That's the physical experience."

Notorious for her outspoken "crunchy" lifestyle, Shailene Woodley has a diet far removed from the fast food meccas of Taco Bell and McDonald's. While the actress' eating habits may be great for her health, according to co-star Miles Teller, they're horrible for her kissing partners. "Before our first kissing scene, Shailene took these Chinese dirt supplements and shoved them in her mouth," he said. "It's like a dirt pouch, and it smells like crap."

Although their #Ronmoine on-screen relationship set the Harry Potter fan community ablaze, Rupert Grint wasn't feeling the passion IRL alongside co-star Emma Watson. "I've known Emma since she was literally nine years old and we had this very brother-sister relationship," he admitted. "It just felt very surreal. I have a memory of her face getting closer and closer. Like, 'Oh my god.' I can't really remember anything apart from that."

Accorting to Alyson Hannigan, there are few things worse than kissing a smoker. "I cannot stand cigarette smoke," she said, referencing the nasty habit of Jason Segel, her on-screen hubby in the "How I Met Your Mother" universe. "It's like kissing an ashtray and he's trying to be polite by having gum or mints, but it doesn't help."

Actress Helena Bonham Carter was definitely NOT here for Woody Allen's bizarre rules set in place for their on-screen kiss in "Mighty Aphrodite." "He tells you up front certain ways of kissing he does not want," she said. "No exchange of liquid is permitted. It can be a bit offensive because he makes no effort at all. It's like kissing the Berlin Wall."

Jennifer Lawrence admitted that she had an incredibly hard time filming her first "real" sex scene with "Passengers" co-star Chris Pratt. While Lawrence clarified that Pratt did "nothing wrong," his status as a married man was enough to force the Oscar-winning actress to get drunk before filming those racy scenes. "I got really, really drunk," she said. "But then that led to more anxiety when I got home because I was like, 'What have I done?' I don't know. And he was married. And it was going to be my first time kissing a married man, and guilt is the worst feeling in your stomach."

Jennifer Lawrence is clearly not concerned with keeping up her sexy "It girl" image IRL. During his apperance on "The Tonight Show With Jimmy Fallon," Liam Hemsworth revealed that locking lips with his "Hunger Games" co-star proved to be more awkward than enjoyable. "She's one of my best friends," he said. "I love her, but if we had a kissing scene, she would make a point of eating garlic or tuna fish or something that was disgusting. Right before the scene she'd be like, 'Yeah, I ate tuna' or 'I had garlic and I didn't brush my teeth.' And I'd be like, 'Fantastic, I can't wait to get in there and taste it!'"

While Jennifer Lawrence and Bradley Cooper have clearly perfected their chemistry after sharing the limelight in a string of box office successes, the "American Sniper" actor revealed that his Oscar-winning co-star was less than impressed with his kissing skills. "After the second take she said, 'You're a wet kisser," Cooper admitted during a guest apperance on "The Graham Norton Show." "You don't want to hear that. It was not a compliment."

Oscar-winner Reese Witherspoon was none too thrilled about having to swap spit with her "Water for Elephants" co-star Robert Pattinson. Speaking to InTouch magazine, Witherspoon admitted that kissing the "Twilight" hunk was definitely unforgettable--but not in the way that one may think."Rob possibly had the most hideous horrible cold of any co-star I've ever had to do a love scene with ever in my entire life," she said. "He was literally snorting and snotting through eery second of it--and it was not appealing...I was a little disappointed. It wasn't sexy."