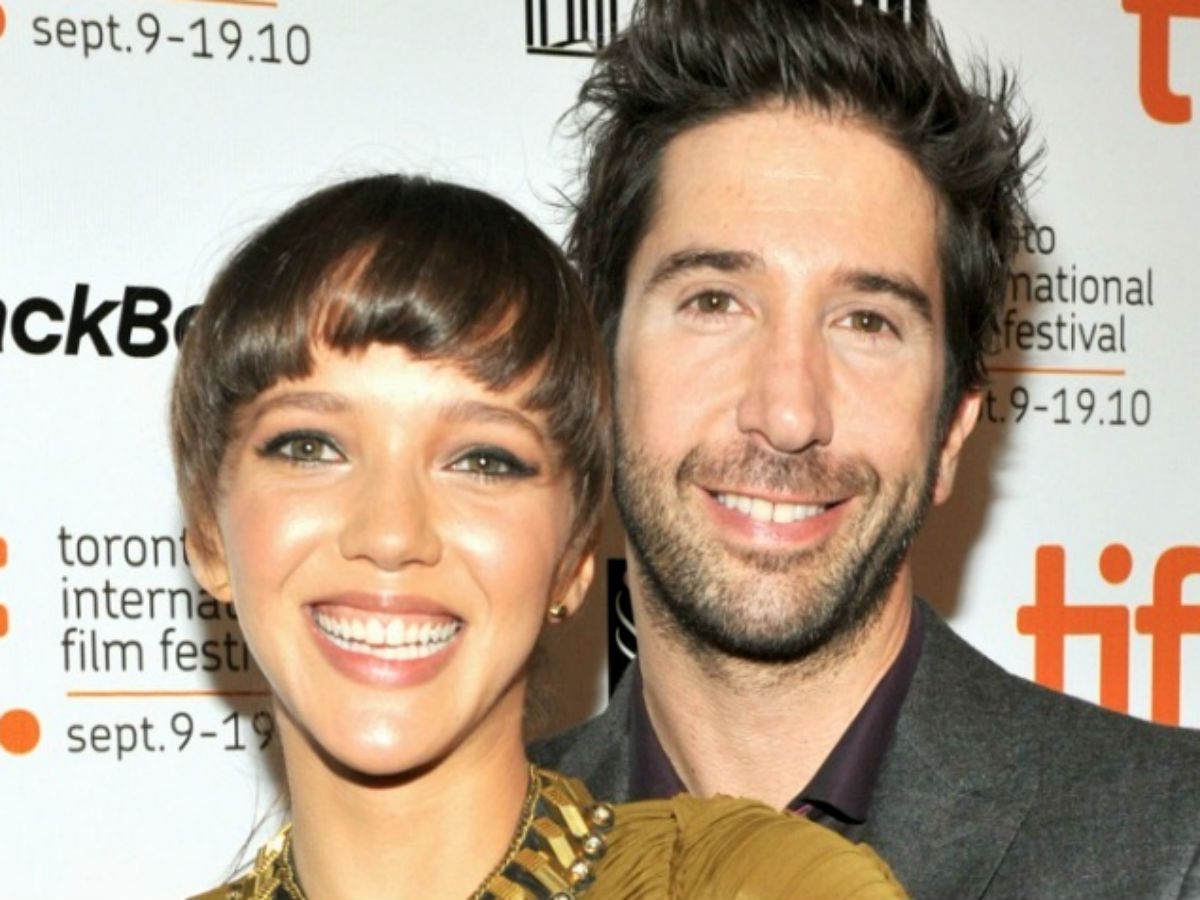 When it comes to matters of the heart, they say "age is just a number." We say "yes, as long as all parties are consensual adults, although we can't help but find some age gaps between romantic partners curious, especially when they're famous." Maybe not as catchy, but it's true.

Actor Jeff Goldblum and dancer Emilie Livingston wed in 2014, and they've since had two children. Livingston is 36 years old, 30 years younger than Goldblum, who's 66.

Sarah Paulson is known for her versatile roles in shows like "American Horror Story" and "American Crime Story." Holland Taylor is known for her roles in shows like "The Practice" and "Two and a Half Men." The two began dating in 2015 and speaking publicly about how in love they are with each other. Paulson is 44, and at 76, making Taylor 32 years older.

After just six months together, Stephen Fry and Elliott Spencer tied the knot in 2015 and have lived together happily ever since. The two have brought a lot of happiness to each other's lives with Fry often noting that Spencer has helped him navigate the ups and downs of his bipolar disorder.

Actor Dick Van Dyke is 93 years old. After one marriage and one long-term partnership ended, Van Dyke married the currently 47-year-old makeup artist Arlene Silver after a chance meeting at the Screen Actors Guild Awards. This gives the couple a 46-year age gap.

Actor Patrick Stewart married singer/songwriter Sunny Ozell in 2013. Ozell is 40, and Stewart is 39 years older at 78. When they got married, Ozell became the adoptive stepmother to Stewart's children from previous relationships, and they are older than her.

After an acrimonious divorce from Kim Basinger in 2002, prolific actor Alec Baldwin wed yoga instructor Hilaria Thomas in 2012. The couple has four children together, and Hilaria recently spoke publicly about a miscarriage and her goals to erase the stigma around such occurrences. Alec, 61, is 26 years older than Hilaria, 35.

That's right: Han Friggin' Solo is married to Ally Friggin' McBeal. Movie superstar Harrison Ford married TV superstar Calista Flockhart in 2010 after proposing to her one year earlier on Valentine's Day. It was Flockhart's first marriage and Ford's third. The couple has one adopted son together. Ford, 76, is 22 years older than Flockhart, 54.

After a long marriage to Robyn Moore and a bitter, highly publicized relationship with pianist/songwriter Oksana Grigorieva, the controversial filmmaker Mel Gibson has been in a romantic partnership with equestrian rider and writer Rosalind Ross since 2014. The couple have a son together, born in 2017. Gibson is 63 and Ross is 28, making a 35-year age difference.

TV legend Larry King has been married an astonishing eight times. His most recent marriage, to entertainer Shawn Southwick, began under astonishing circumstances -- they were married in a hospital room just three days before King underwent an important heart surgery. She is 60 years old, 25 years younger than the 85-year-old King.

Donald Trump's first wife, skier/model/businesswoman Ivana, divorced him in 1992. Two husbands later, Ivana Trump married actor Rossano Rubicondi in 2008. At the time, Ivana was 59 and Rubicondi was 36, making her 23 years his senior. While the couple divorced a year later, they appeared on the Italian version of "Dancing With the Stars" in 2018.

First lady Melania Trump is President Donald Trump's third wife, and is 24 years younger than him. Melania started dating Donald in 1998 while Donald was still married to his second wife Marla Maples. The two got married in 2005 and have a son together. Many notable people attended their wedding, including Diddy, Regis Philbin, and Bill and Hillary Clinton.

The man we know as Dr. Frasier Crane on two different iconic sitcoms, Kelsey Grammer married flight attendant Kayte Walsh in 2011, two weeks after Grammer's previous wife's divorce was finalized. The couple has three children together and a 25-year age gap between them. Grammer is 64 and Walsh is 39.

If you've seen "Rocketman" recently, you know all about the tumultuous life of celebrated musician Sir Elton John. Recently, John has calmed down a touch, thanks in part to his 2005 civil-partnership-turned-marriage to ad executive, writer, and film producer David Furnish. The couple has two sons together. John, at 72, is 16 years older than Furnish, 56.

Demi Moore is 16 years older than Ashton Kutcher. While they were married, the couple did what they could to make the world a better place. They even started an anti-child trafficking organization called The Demi and Ashton Foundation, or DNA. Unfortunately, the couple divorced in 2013, and DNA's name was changed to Thorn: Digital Defenders of Children.

If you're a talented musician, it makes sense to be attracted to a talented musical writer. That's what happened to Katharine McPhee, a singer and actor who married songwriter/producer David Foster in 2019. Everything about their partnership feels harmonious. Not even their 34-year age difference (McPhee at 35 and Foster at 69) could strike a minor chord.

Legendary comedic actor Mary Tyler Moore and doctor Robert Levine had an 18-year age gap. And yet, their marriage made it after all. Moore met Levine, her third husband, after he treated her mother during a house call. They were wed in 1983 and stayed married until Moore's death in 2017. At the time of her death, Moore was 80 years old and Levine was 62.

Aaron Johnson met Sam Taylor-Wood on the set of the film "Nowhere Boy," a John Lennon biopic starring Johnson as Lennon, directed by Taylor-Wood. At the time, she was 42 and he was 18, a 24-year age gap. They married in 2012, changed their surnames to "Taylor-Johnson," and had two children together.

After her tumultuous relationship to Ike Turner ended in 1978, famed musician Tina Turner met German music executive Erwin Bach at a party in 1986. They started dating the following year, and never stopped dating, culminating in a 2013 marriage. Bach, 63, is 16 years younger than Turner, who is currently 79.

Movie star Bruce Willis was married to the aforementioned movie star Demi Moore for 13 years before divorcing in 2000. Nine years later, Willis married supermodel Emma Heming. Willis and Heming Willis have two children together, and their age difference of 23 years seems to make no difference in their "Unbreakable" love.

Catherine Zeta-Jones and Michael Douglas met in 1998 at a film festival. Two years later they were married. They have two children together. There were some speed bumps — Douglas got cancer, Zeta-Jones revealed she is bipolar, and the two lived separately for a year — but today they're still together and in love. A 25-year age difference between the two matters not.

Annette Bening and Warren Beatty are some of Hollywood's most talented, iconic, and versatile artists. They've given us iconic works like "Bonnie and Clyde" and "American Beauty." And they've been married since 1992, having four children together. At 82, Beatty is 21 years older than Bening, 61.

Showbiz legend and "Dynasty" camp superstar Joan Collins was married four times to a variety of other show biz types, all with bitter divorces and tawdry stories. She was even engaged to Warren Beatty for a time. Then in 2002, she married the 54-year-old theatre manager/director Percy Gibson. At 86, Collins is 32 years Gibson's senior.